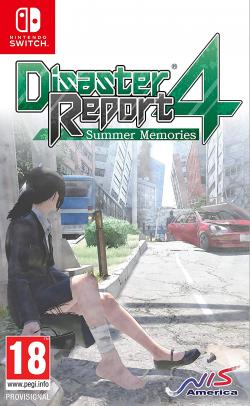 In the midst of a disaster, how do you act? Do you help others, or help yourself? Is it a great misfortune, or an opportunity to be exploited? It's up to you to make these choices.

Disaster Report is a series previously unknown to me, and for good reason. The first two games launching in Europe as SOS: The Final Escape and Raw Danger, with the third not even making it out of Japan, Disaster Report 4 is the only game with the series title to make it to Europe. A tale of struggle and hardship, of grounded reality and difficult decisions. A treacherous environment to explore and progress through while avoiding its many dangers. I went into Disaster Report 4 expecting these things, and while I didn’t quite get what I expected, I can say with an unparalleled degree of certainty that I was not left disappointed. 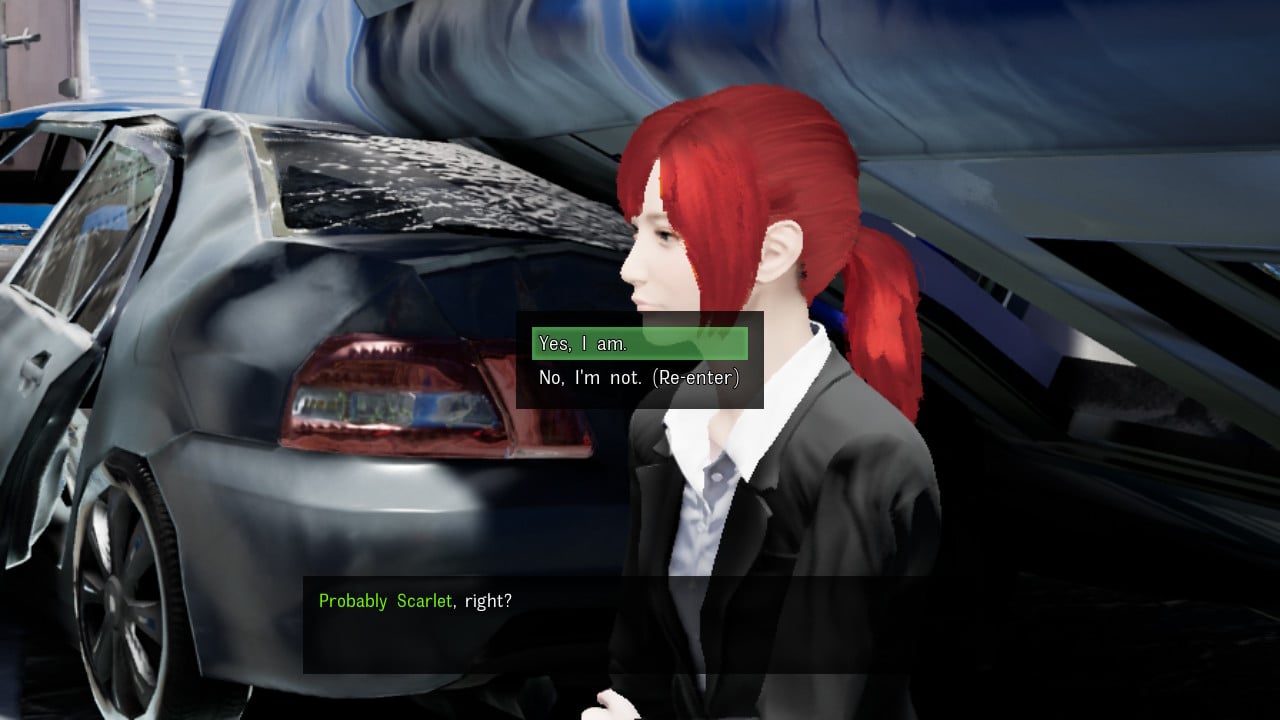 Starting out in Disaster Report 4 is a standard affair. You make your character, answer a few questions, and off you trot to what is about to be the worst day of your life. The character creation process is simple and offers you opportunity ample to make your character truly unique; add to this the myriad of costumes you’ll find on your journey and you’ll be riding out the earthquake in style. Past character creation, the game doesn’t take long to establish its tone. Picture the scene: you’re on a bus. Suddenly, one phone rings. Then another. Every phone on the bus is making its respective jingle. You look down, and there it is, “Emergency Earthquake Information.” How do you react?

Do you:
a) Follow the rules and hold onto something
b) Confusedly copy what everybody else is doing
c) Decide to act calm despite feeling embarrassed
d) Act unfazed and don’t believe the report
e) Start humming to show you’re not scared 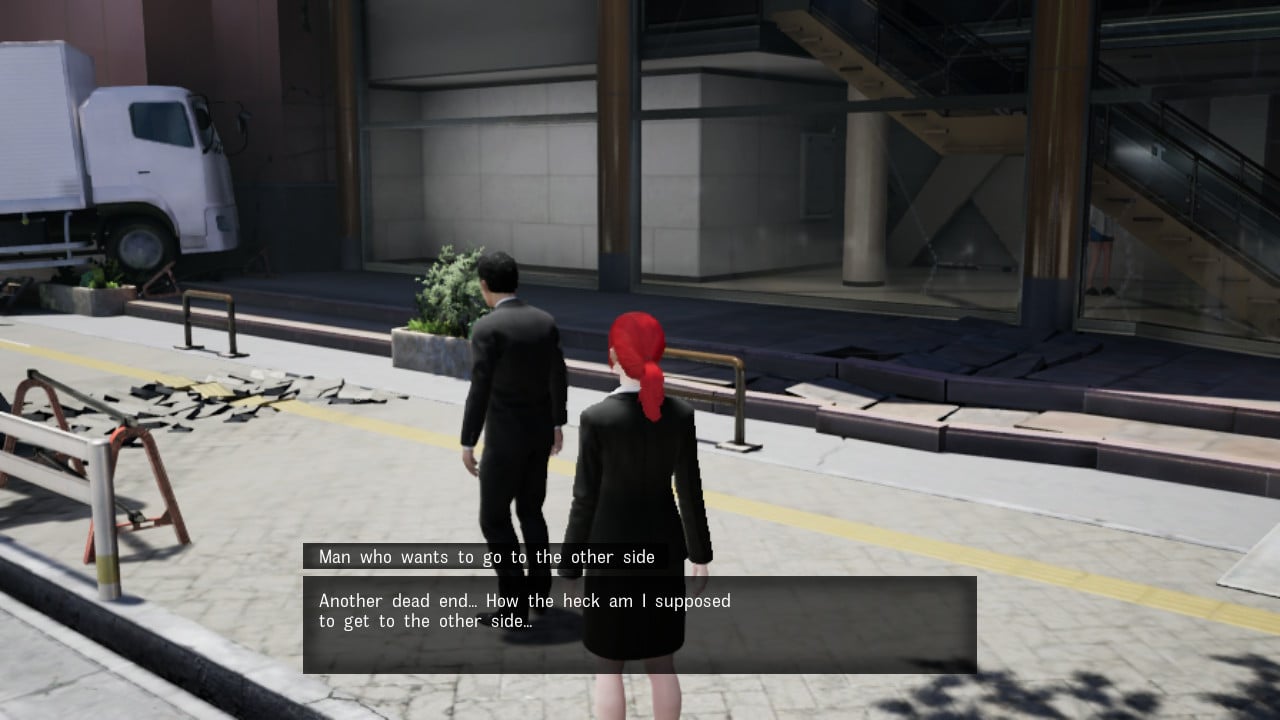 At its core, the game can be broken down into four key components. You have wandering time, cutscene time, decision time, and fallout time. There’s not much to each component--you could say that much for the game as a whole--but they weave together to form a perfectly satisfying and ever-interesting cycle. It’s self-explanatory really. You start each section by wandering around and surveying your immediate surroundings. There’s something of a checklist here that’ll eventually force you into the next part of the cycle. Are there any obvious means of progression? As you move towards your obvious means of progression, a building or something similar will collapse, blocking you in. It taunts you for thinking you could simply move forwards. With that out of the way, you’ll either wander into the one building that still has its door open, or find one of the many NPCs in their hour of need; it’s cutscene time.

Cutscenes are a joy. Having seen some high-end PC footage, it’s interesting to know the game at its best could look like a high-end PS3 game. Don’t expect this on the Switch. Scale back those expectations to the early PS2 era with a sprinkling of Dreamcast magic, and you can just about envision the Disaster Report 4 for Nintendo Switch experience. It’s all such low quality; I know I should hate it. I know I should. But I don’t. I want to be perfectly clear, this isn’t the kind of thing I expect every person reading this to fall in love with. I don’t expect a fraction of those reading to share my opinion, and that’s perfectly okay. By any rational scale, the entire game, never mind the cutscenes, would be cast aside as low quality and poorly performing. There’s something to it however. There’s something magical I can only describe as Disaster Report, and if you get it, you really get it. It’s in the cutscenes. You’ll have a genuinely heart-rending scene, an early example being a man sat in the park staring at his lunch on the ground. Talking to him, you find he lost his job several weeks prior, but he couldn’t bring himself to tell his family, and so every day set out to work all the same, every day sitting in that park. It’s emotive and well-written, and the content cuts through the poor presentation of the Switch port. The magic comes from the juxtaposition of the responses. 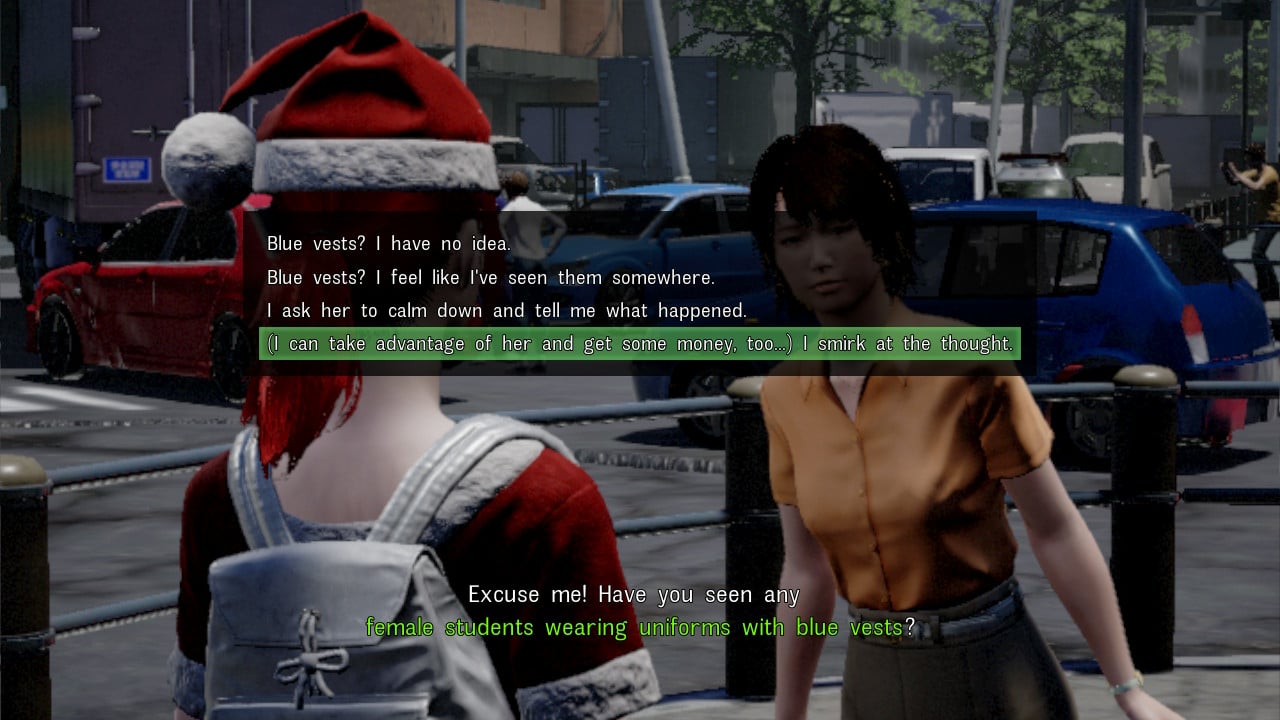 Decision time. Listening to the man, there are a number of responses. Condolences, well wishes; positivity, negativity, disinterest, it’s all there. Of course, you can also express interest in him romantically. This is Disaster Report after all. It’s amazing really. The writers, with due credit to the localisation team, so perfectly capture every feasible and unfeasible response to a given scenario. You have a spectrum of emotion to play with as you see fit. You want to hit on every suffering person that crosses your path? Sure. You want to con people into paying 100 thousand yen for a “miracle bandage?” Sure. This is your disaster, your stage. Rock it.

What’s the comeback for these decisions? Generally, you feel a little worse as a human being. Doing bad things gives you “Immoral Points,” and doing good things gives you “Moral Points.” Though they don’t really have an impact on the gameplay, it’s fun to keep track of how low your character can sink, but I also found the distribution of these somewhat skewed towards morality. When presented with an option to be immoral where it benefits me, I would take it, and get maybe one Immoral Point. Whether stealing from a shop or selling my miracle bandages, there were only a few accumulated points. Contrast this to situations where I can’t gain anything, but I can actively mess with one person by helping another, I find myself stumbling into rewards of ten points. If these decisions have no impact on the game, I don’t understand why they couldn’t be a simple counter of good decisions vs bad decisions. As they are now, they feel like several layers of useless statistic. On top of these points, your decisions do have a knock-on effect. The power truly is yours to see who lives and who dies, which really hammers home the reality of powerlessness in the face of disaster when it is occasionally beyond your reach to save a person. The game saunters between comedy and calamity in a way I’ve simply never seen. It’s magnificent. 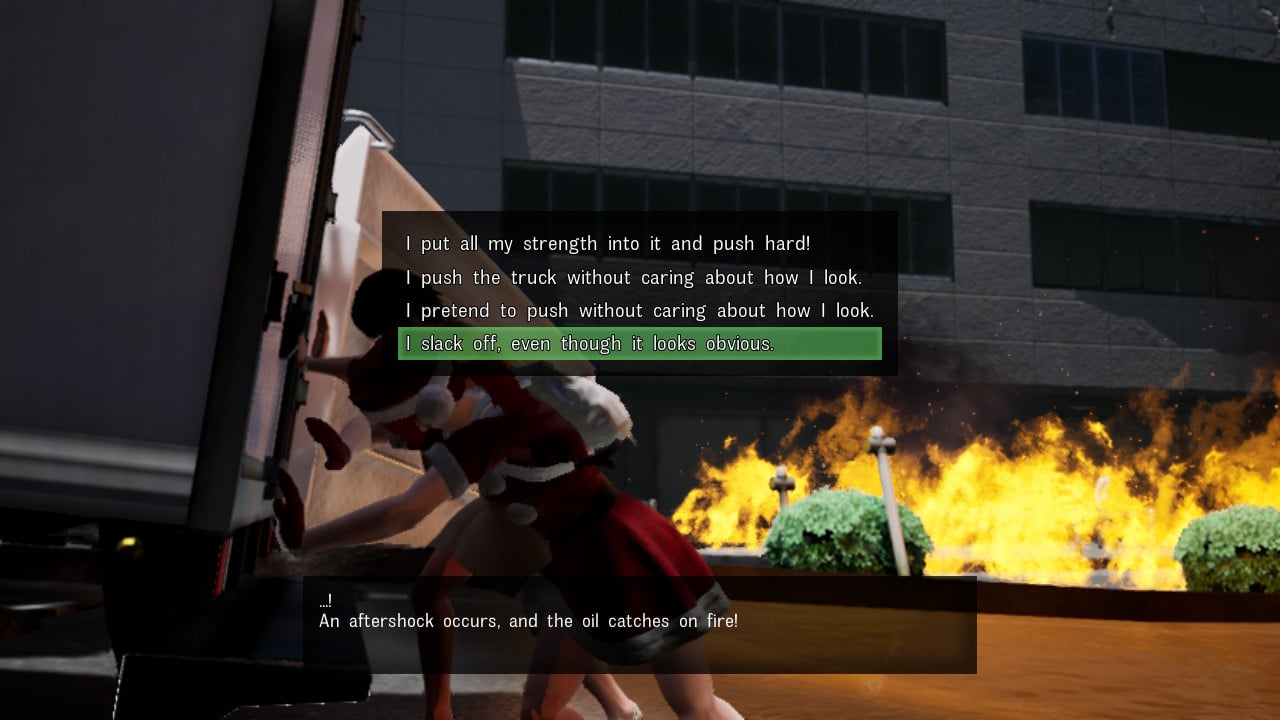 Though I’ve touched on this, I do feel it necessary to reiterate: this is a choppy port. If you have a PS4, or a suitably powerful gaming computer, look to them to experience the game without blurred visuals and a framerate more disastrous than the earthquake itself. It’s not to say you can’t enjoy the Switch release, but you really have to be a particular kind of person to work through these faults. I am this particular kind of person, but you may not be. There’s a free demo available, so test your mettle.

Disaster Report 4 isn’t your average game, not by any stretch of the imagination. It’s bizarre, it’s brilliant, but above all, it isn’t for everybody. If nothing else, I’m glad I’ve had this opportunity to experience it, and write about it so more people can just know it exists. With a fifth game teased, I can only wait in anticipation for what the future holds.