First released as a PS2 title, Devil May Cry 3 is now back in its revamped version with some new features for the Nintendo Switch. Is this new Special Edition version the one that we’ve been waiting for?

Devil May Cry 3 (DMC 3) follows the never-ending feud between Sparda’s sons: Dante and Vergil. In this opus, we are given control over a young, pizza-eating Dante in his yet-unnamed shop at a time before the events of the first game take place. Nevertheless, young Dante is as cocky as he is fit, spewing snarky remarks to whoever he comes across, be it gigantic monstrosities, evil bosses or ladies not-in-distress. In other words, it’s Dante in his pure form.

His brother Vergil on the other hand, stoic as he is evil, is hell-bent on opening the portal to the demonic world from the Temen-Ni-Gru tower and unleash mayhem in the human world. He has at his side the mysterious Arkham who is hiding more than he is letting on.

Dante has to foil their plans on his own while confronting innumerable evil creatures as he makes his way through the tower where his nemesis resides. But he is in for more than he bargained for as he comes across some twists in the antagonists’ original plans... 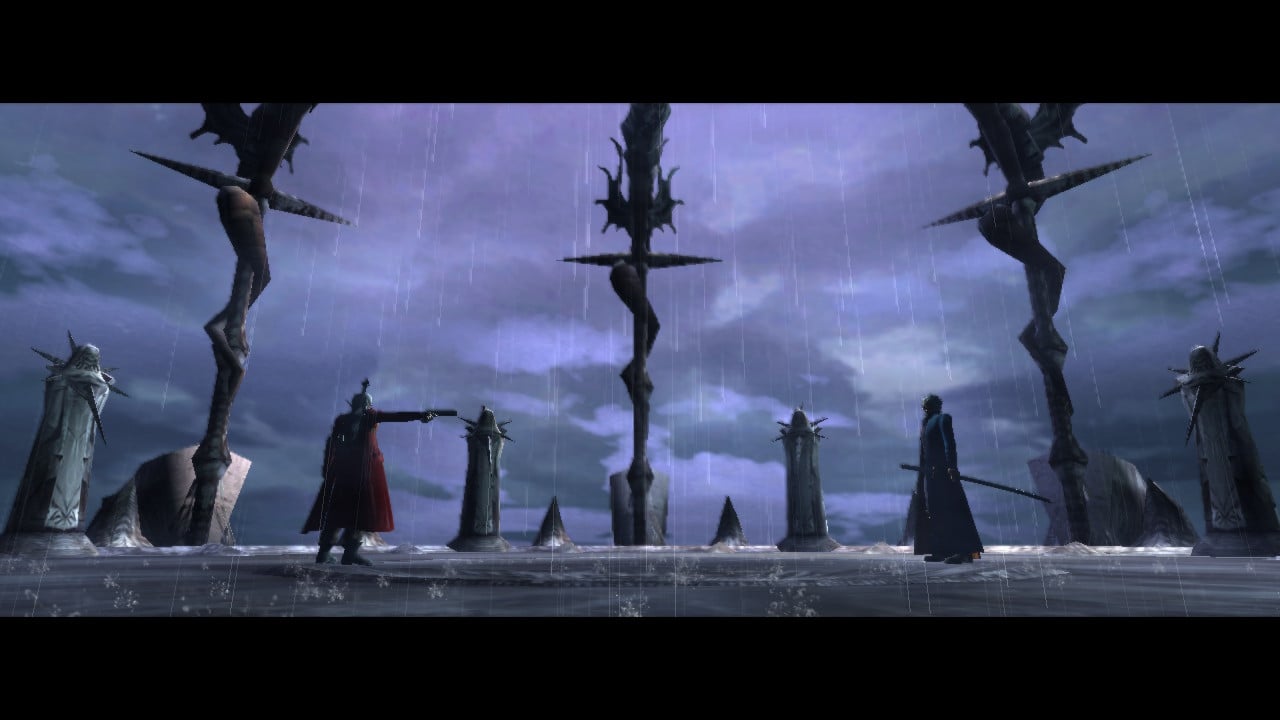 If you’ve played any title from the series (except for DMC 2), you’ll know what to expect: fast-paced shooting and slashing with over-the-top action scenes. DMC 3 stays true to this classic DMC formula. It will have you climb to the top of a tower, only to get engulfed by a flying-eel-thing named Leviathan inside which creatures reside and its organs are the subjects of boss fights, of course. It’s filled with ludicrous moments like a boss who upon defeat turns into a guitar that allows you to conjure bats or Dante surfing on a missile. It's as over the top as Devil May Cry gets and DMC 3 delivers. The game will have you slashing and gunning down evil creatures (which are quite varied) as you make your way through the game, unlocking new weapons and even fighting styles (4 are available from the get-go while 2 styles become available much later) so that you can combo kill hordes of demons in style. It's like a nightmare that's fun to blast through.

One of the most noteworthy additions to this edition is the Freestyle Mode which allows you to swap fighting styles on the fly. In the original DMC 3, you could only do this at those shiny Divinity statues where you can buy items and upgrades but I cannot imagine playing the game in this way (although you can swap to this mode on the Switch as well). DMC has always been about fast-paced demon butt-kicking action, and styles and combos play a central part in it all, without which it wouldn’t be an authentic DMC title. DMC 3: Special Edition makes the combat system feel even more seamless thanks to the Freestyle mode, allowing you to swap between fighting styles which fit your style, when you want it.

The Special Edition also brings along the “Bloody Palace” survival mode with a new feature in the Switch version: local co-op. This allows players to control one of the two sons of Sparda in order to survive the hordes of demons as they progress through the 9,999 floors. It proves to be a fun addition, adding replay value to the title. 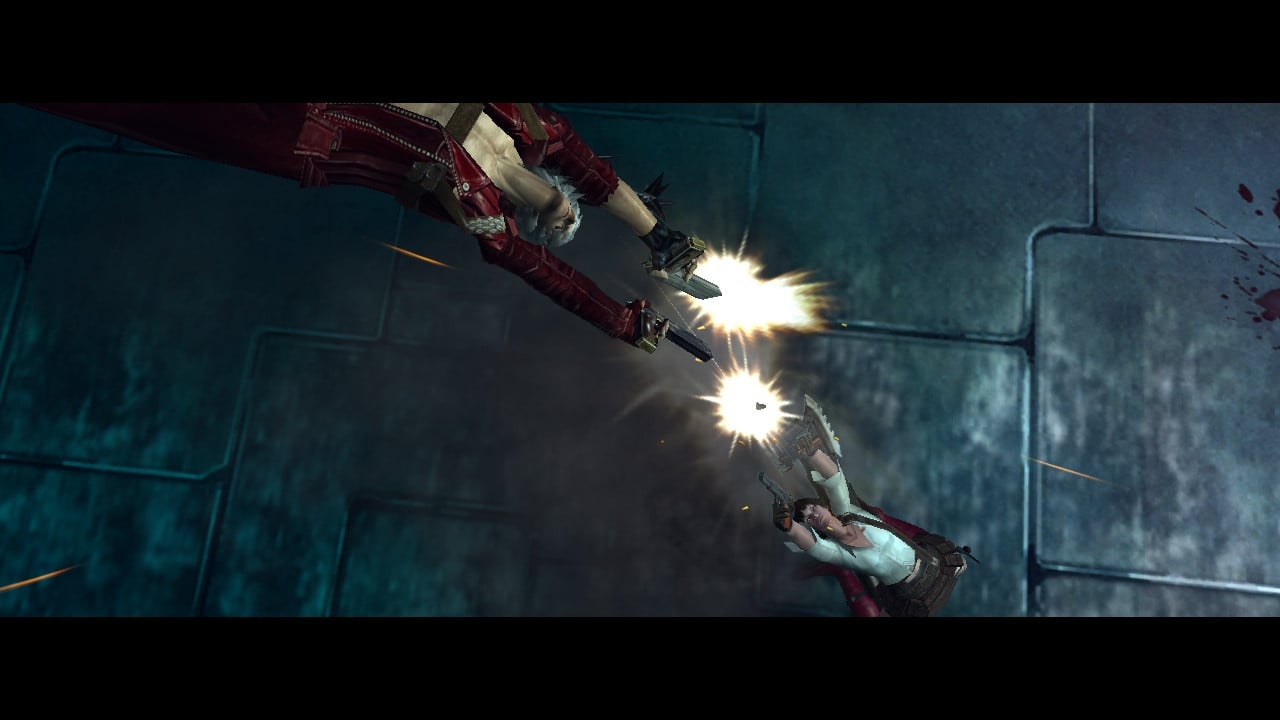 Despite the enhancements, DMC 3 remains a 15 year old game (yes, it’s been that long). While the character sprites’ visuals have been reworked, the background and pre-rendered cutscenes are a reminder of how far we’ve come graphically. For those whose eyes might hurt from the dated graphics, you'd better stick to handheld mode on the Switch.

It still features “puzzles” requiring surgical precision to master which are more pesky than enjoyable. Mission 17 is a perfect representation of this where you’ll have to jump on moving and rotating floating cubes just in time so as to progress. Then there’s the Trial of Techniques which you’ll encounter twice and will have you zigzag in a precise way so as to avoid massive spears coming from all directions in a hallway. 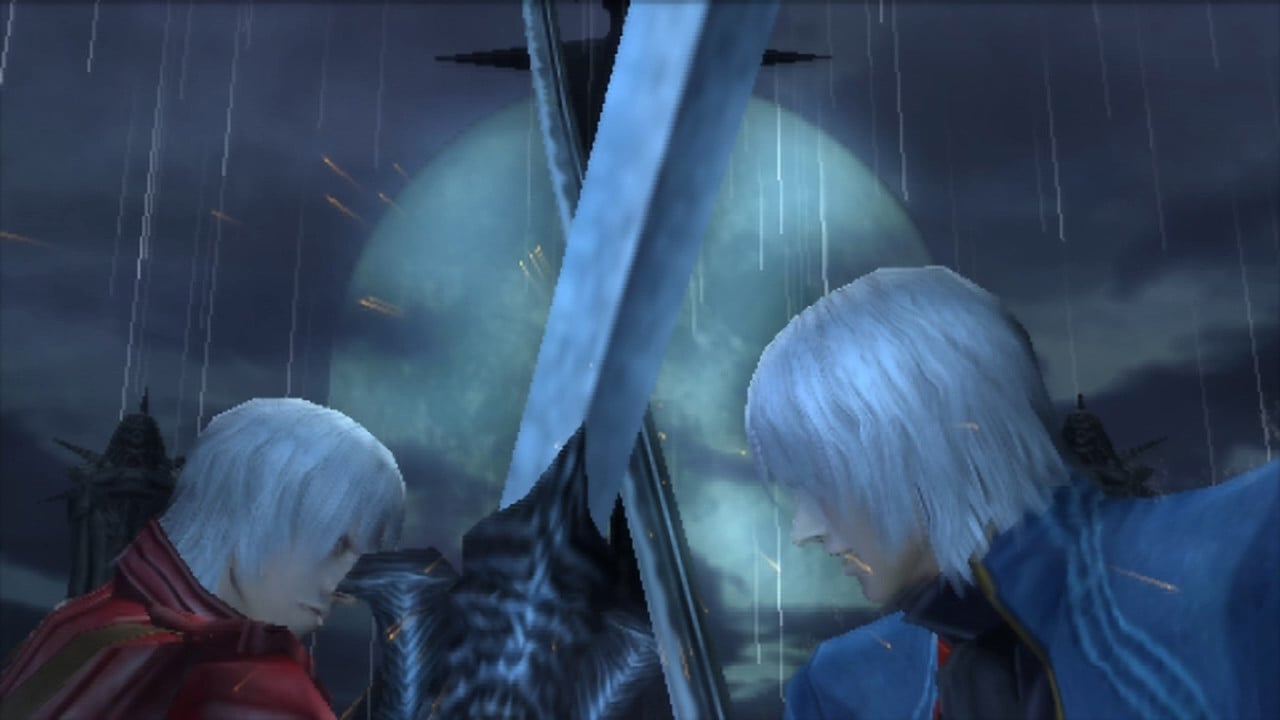 Those graphics were actually pretty impressive back in 2005!

Speaking of repetition, there’s also way more backtracking than I would have liked and it's made shamelessly obvious. The reused assets and re-exploring the same painfully familiar rooms of the Temen-Ni-Gru tower or even outside of it feel cheap coming from the developer’s side.

Another pain in the back is the weird camera angles. You can easily be going straight ahead only to be surprised to see the camera shift unexpectedly to view Dante from the front. This caught me off guard whenever it happened and it kept happening in every single mission from start to finish. It might have been acceptable in the PS2-era but unfortunately, it’s a painful reminder that it’s a game from yesteryear with features I never got used to. 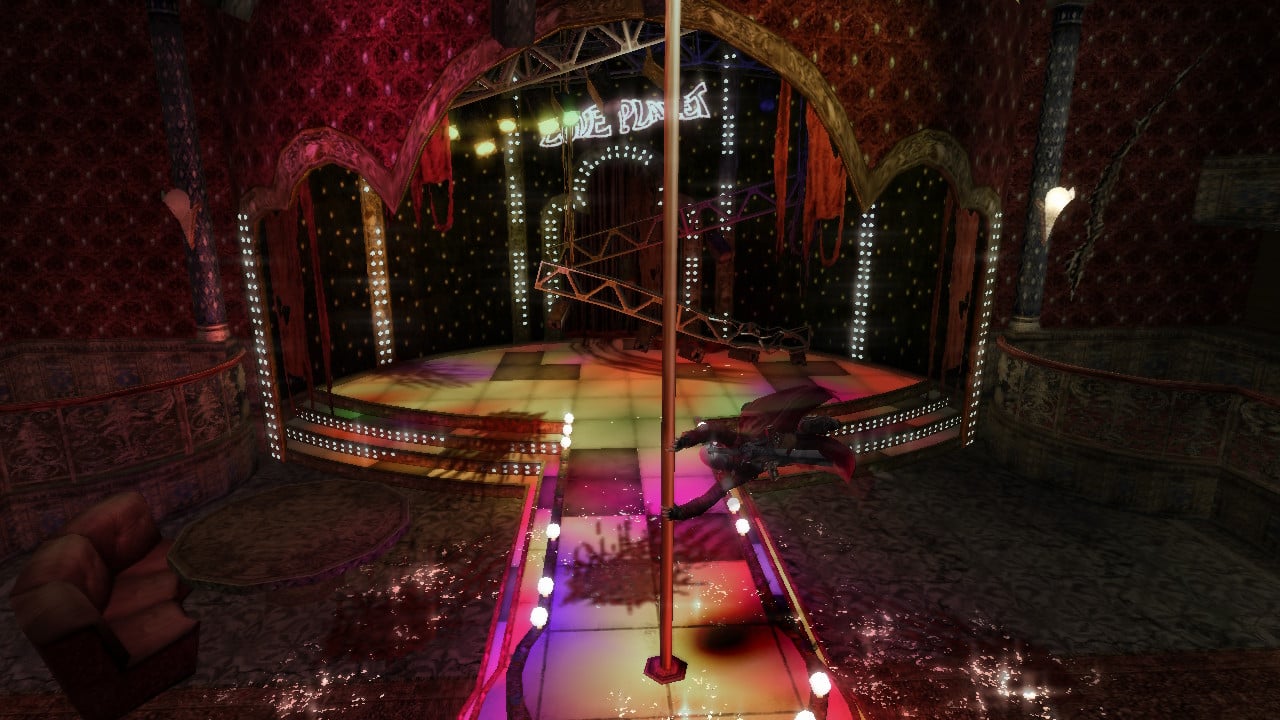 I've been here before... might as well do a pole dance while I'm at it!

Maybe I’m asking for too much from a PS2-era game because I was spoilt by Devil May Cry V, a game which I loved and which might be clouding my judgement. Nevertheless, DMC3 is a Devil May Cry game through and through but its age shows even with its welcome additions. The Nintendo Switch version is a flawless port and is definitely the version you should play if you want to get back to this decades old title. Just be prepared to face features from past decades as well.