Single player
Local Multiplayer
Online Multiplayer
Co-operative
Arkane’s anticipated next-gen, AAA timelooping FPS is out now! Does it live up to the expectations?

When I first booted Deathloop, my character was staring into the eyes of an attractive woman who was… stabbing him to death! Shortly afterwards, he woke up on a beach, unscathed, believing that it was all but a dream turned nightmare following too many a drink. But the protagonist couldn't seem to even recall his name nor what he was doing on the beach.

By exploring his surroundings further, he learns that his name is Colt and is in some sort of messed up Groundhog Day version of a loop. He also quickly gathers that Julianna, the pretty lady at the beginning, is mad at him for some reason; so much so that she is willing to kill Colt over and over again, and have him relive the same day again on loop, thanks to some supernatural forces emanating from the Isle of Blackreef where you are located.

Will you be able to help Colt break this deadly loop and make sense of what the hell is going on? Only one way to find out: venture forth in Blackreef and take down Julianna, even if it means reliving the same day on repeat. 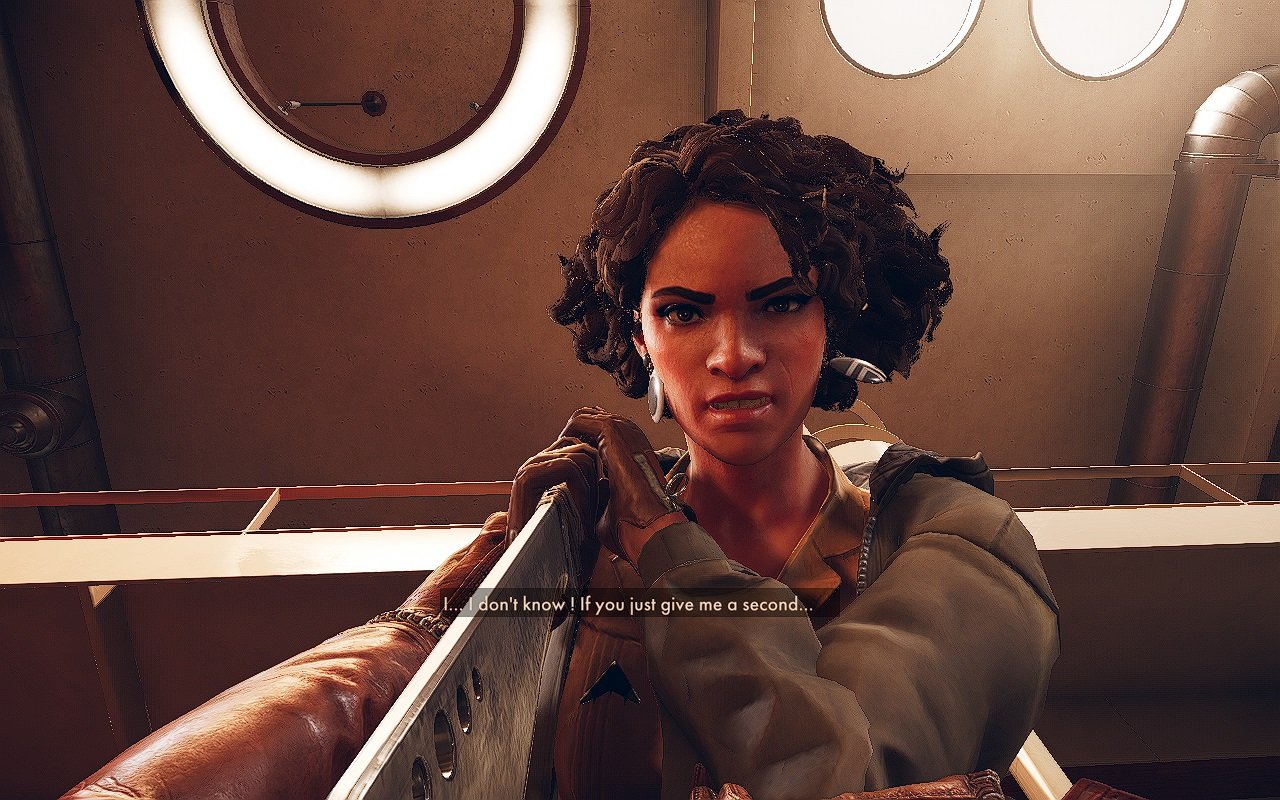 I was honestly a bit skeptical about Deathloop’s premise given the central aspect of the time loop. You can only have so much fun in one day, right? Well, I’m glad I was wrong as developer Arkane Lyon subverted my expectations by constantly mixing things up to prevent things from getting stale fast. Sure, you’ll get to see the same locales from previous loops but you’ll also get to see them from a different angle, sometimes literally and most of the time, figuratively thanks to new abilities you acquire.

Those re-runs are not only part of the plot but also part of the gameplay mechanic. Once night falls, you'll wake up at the beach again the following morning but this time, you'll have new leads that you’ve uncovered during the previous run. With this newfound information, you can focus your investigation on this new day so as to find a strategy to break the loop. In doing so, you will discover new places, find more useful information, gain better abilities to assist you, uncover the happenings on Blackreef as well as your own role in it all. While Deathloop’s gameplay revolves around a basic loop of gain leads, explore and repeat, it is cleverly executed to make the runs feel fresh. 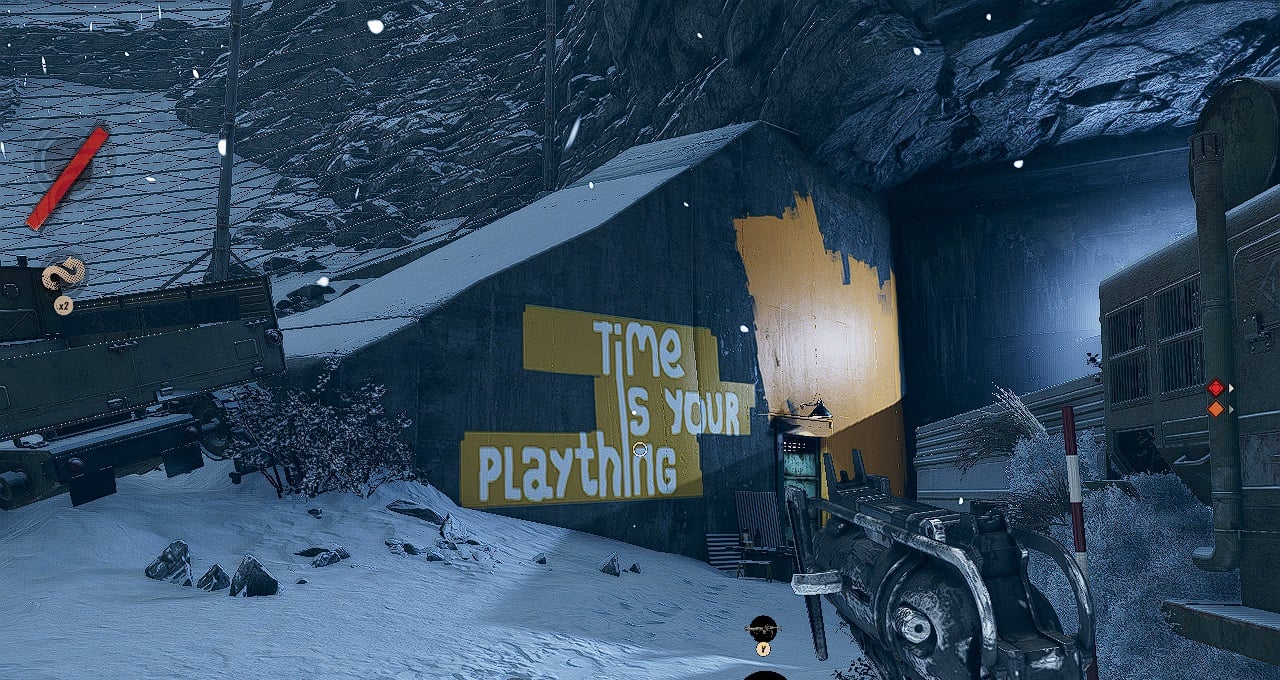 What also makes the gameplay feel fresh are the abilities you acquire. These are obtained from Slabs by offing the Visionaries, who are key to breaking the loop. The abilities vary from teleporting across short distances to being quasi-invisible and they not only help you in combat against the Eternalists lackeys but also to progress during your runs.

Deathloop’s open-ended exploration further lets players tackle objectives with a generous freedom of playstyles. Stealthily sneak past enemies or distract them with an alarm? Go in guns blazing or creep behind foes to stab them? These are all viable, and encouraged, options in Deathloop, and trying out varied approaches adds a layer of fun to the overall gameplay; especially once you gather new, otherworldly abilities. 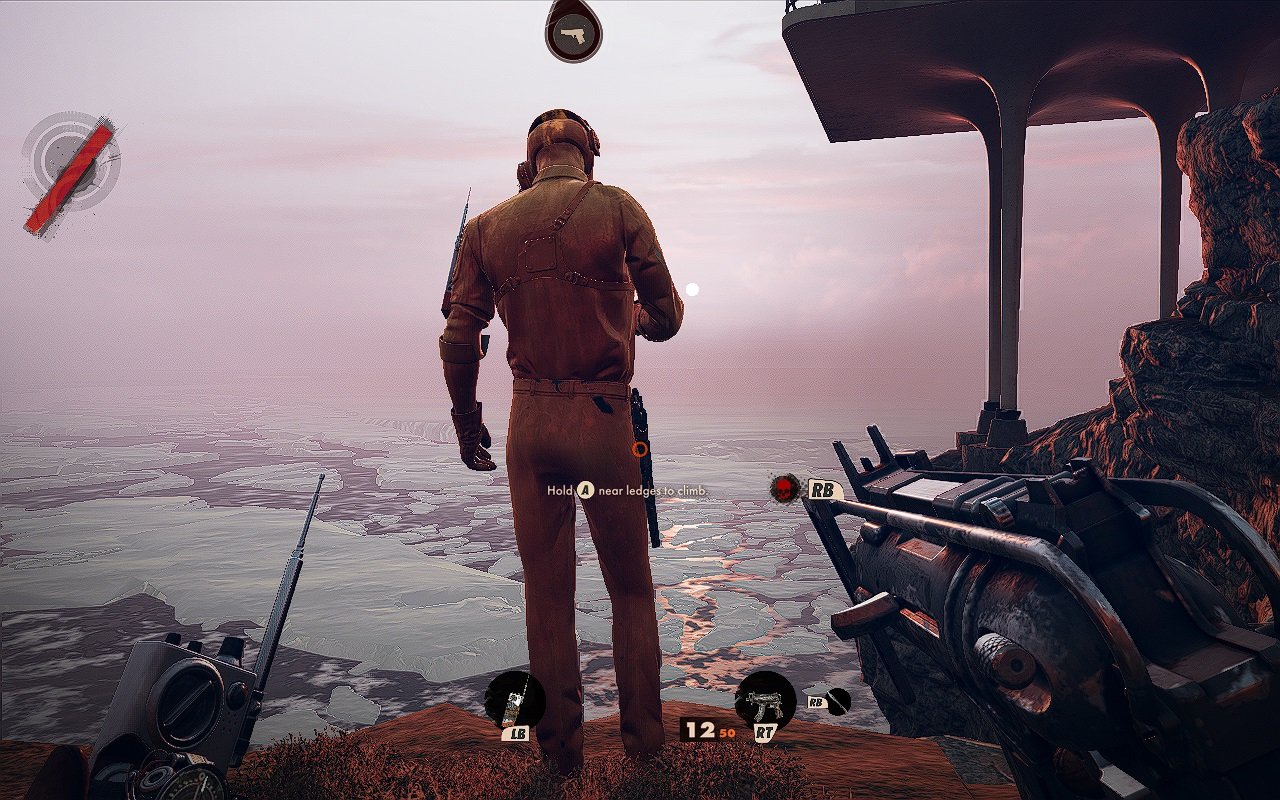 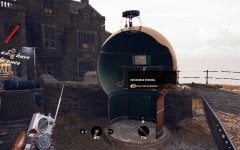 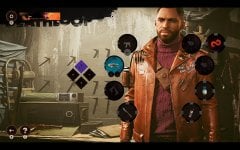 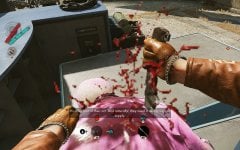 Moreover, from the intel you gather, you will need to revisit areas at different times of the in-game day. And even if you've visited a place before, you won’t be able to totally rely on muscle memory as different events might be taking place based on the time of day. This means that a previously safe area in the morning might be littered with Eternalists during the evening. But whatever the case, there’s always more than one way to proceed and it’s up to you to find the optimal one based on your playstyle; so keep your eyes peeled to devise a strategy of your own!

Arkane Lyon found another way to shake things up despite the looping mechanic: Julianna. She can randomly invade the district you're in to hunt you down and she can be played by other players (or yourself) in online mode. It’s a nice touch to further help diversify the game but can feel intimidating initially. However, successfully killing her will reward you with powerful weapons, a hefty amount of Residuum (which you can use to keep items across loops), or even Slab upgrades. 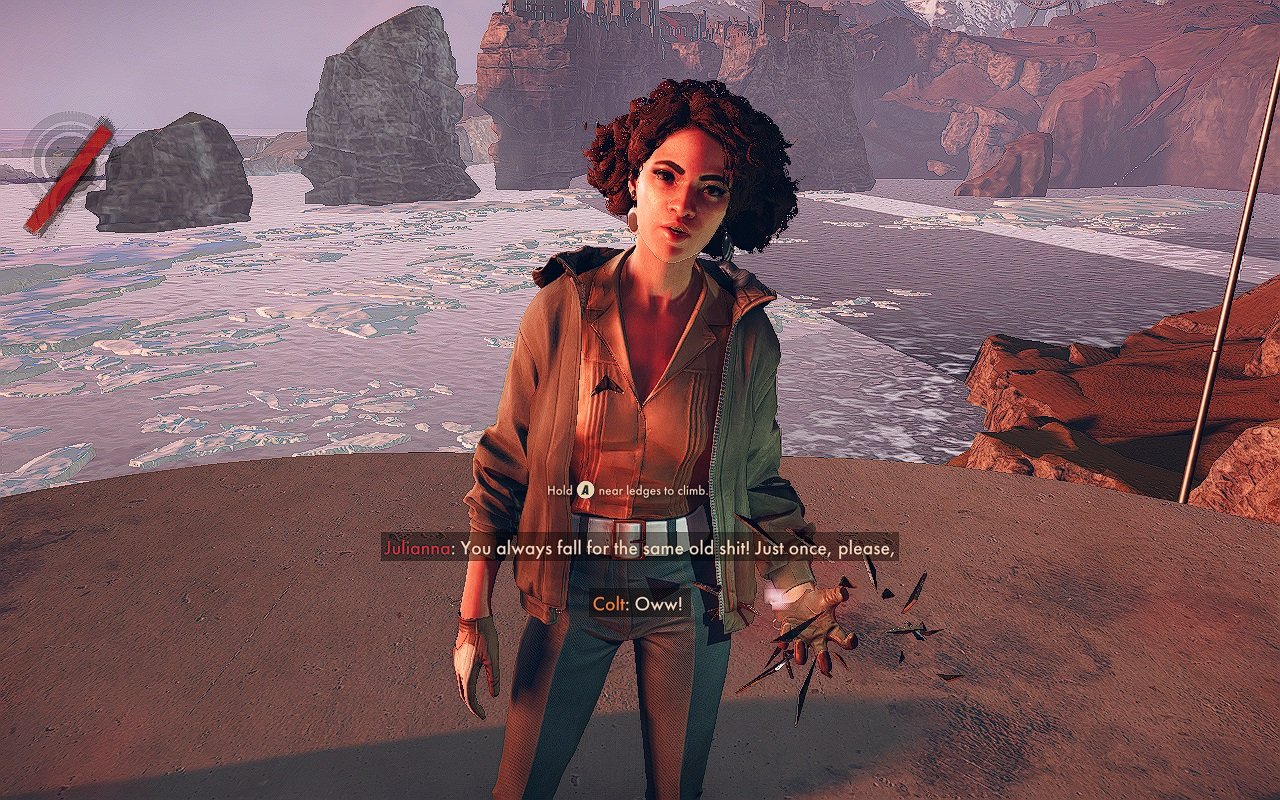 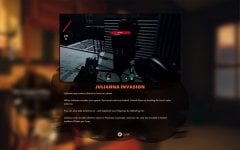 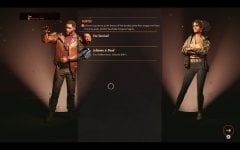 In tandem with its original premise and gameplay, Deathloop as a whole is complemented by the stellar voice acting of Colt and Julianna. The tense and often frenemy-esque relationship between the hunter and the hunted is expertly conveyed by their vocal exchanges which often share a humorous tone despite the life-or-death stake at play. However, I wish that the other cast would also engage in more such exchanges with Colt as the Visionaries and their unique personalities also generate intrigue.

Adding to the presentation is, of course, the game's detailed and often quirky environment representative of Deathloop's own unconventional universe. You'll find tidbits to uncover in chat logs, unkempt underground tunnels filled with Colt's loop-breaking schemes, and even an in-game LARP setting. The environmental storytelling is a feast for the eyes, especially if you have an eye for details. 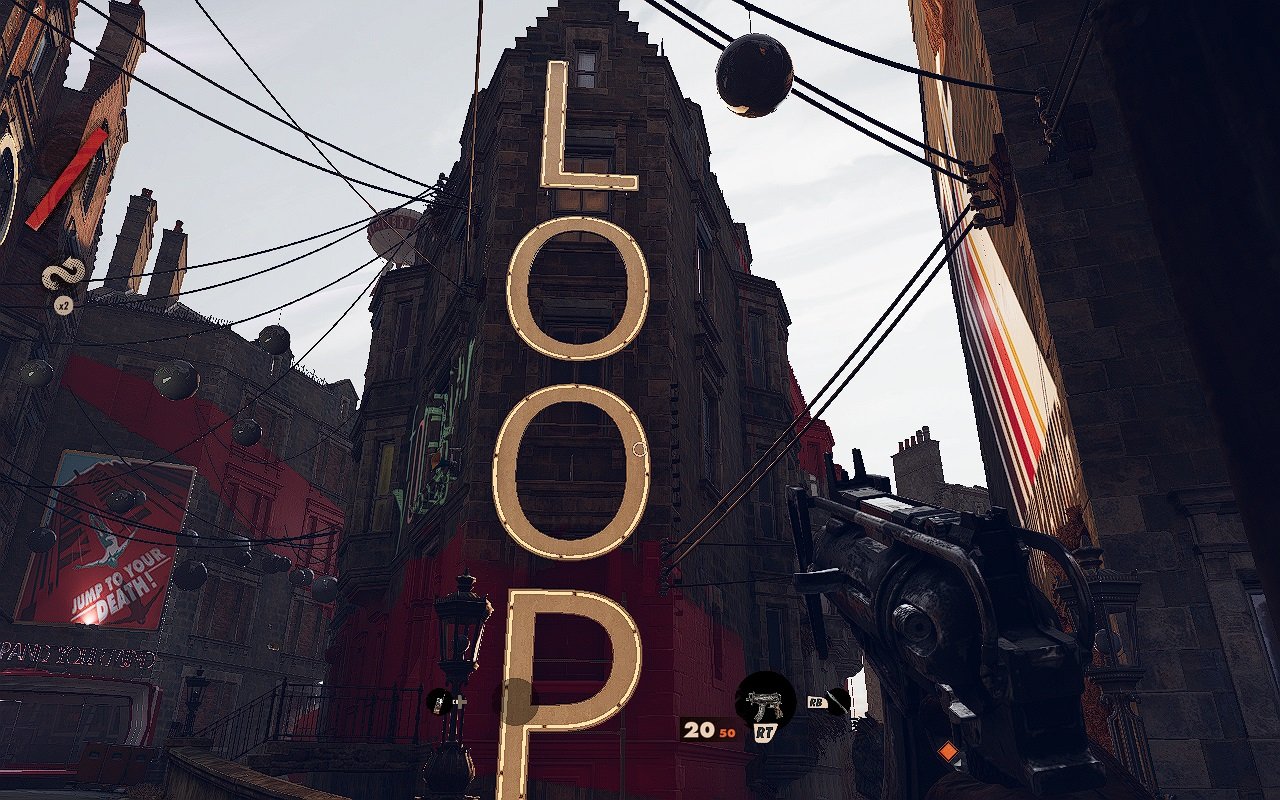 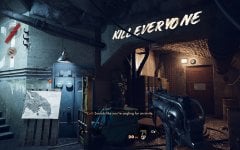 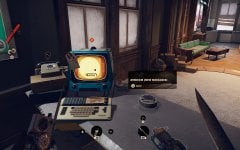 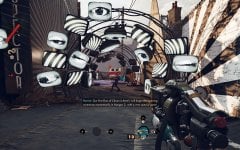 Nevertheless, despite Arkane Lyon’s notable effort to diversify the gameplay, one can feel the grind over time. You’ll still need to take out the same Visionaries and sneak across familiar areas throughout the game. While I didn’t mind it as much given how Deathloop makes a genuine effort to mix things up, I can still see it being a potential issue for others.

Additionally, given the freedom of playstyles that Deathloop allows and even encourages, it’s surprising that there are no maps to speak of in this game. Having one would help to plan approaches or even progress in certain missions that require more thorough exploration.

It’s also worth noting the performance issues that the PC version of the game experienced at launch. While these have been addressed and I did not encounter such issues myself, it would have been best for the developers to further polish the PC version prior to release.

These issues aside, Deathloop eventually lives up to the expectations by delivering an original, AAA experience that will surely be remembered as one of Arkane Lyon’s greatest.

What We Liked ...
What We Didn't Like ...
9
Gameplay
While re-runs are a central part of its gameplay, Deathloop is kept surprisingly fresh with its progression mechanic.
9
Presentation
Deathloop is equal parts open-ended exploration in detailed environments, freedom of playstyles and excellent voice acting for Colt and Julianna.
8
Lasting Appeal
Even if things do feel grind-y over time, the way the gameplay is kept fresh helps in redeeming it and you’ll also be enticed to try unlocking Deathloop’s alternate endings.
8.5
out of 10

Deathloop makes re-runs fun like never before.
Reactions: Fabian Schuchhardt, Jiehfeng, zxr750j and 3 others
Share:
Facebook Twitter Reddit Pinterest Tumblr WhatsApp Email Share Link
I see this as an absolute win
Wow this looks good, I might get it once the PS6 comes out though…
Reactions: MORSHU8KRTXON
I heard the AI is dumb as bricks, and that it runs like ass on PC.
I only know about it from that one Dunkey video. Been calling it Kickloop since then.
Reactions: gnmmarechal
@Prans: what kind of GPU did you use?
Denuvo makes any PC hate this game, then it runs like crap, beware and pass this one.

I played it on the AYA NEO and even if it's an AMD Ryzen 5 4500U APU, it ran without issues for me.
Reactions: zxr750j
Not my type of game. to be honest. But it does look very great, nonetheless.
It was fun while it lasted. Platinumed in 20 hours of game play. Not really anything to do after that other than to invade peoples games.
I guess it's sorta taking Majora's Mask's premise and making it an FPS game. I think this style has potential for more studios to try it out. Not that I've, uh, played either Deathloop or Majora's Mask yet.
Great game, I am approx. halfway through at the moment - takes two to three hours to figure out how it's going to work, but then it's pretty straightforward. Leveling up your stuff makes the upcoming loops easier and you learn how to navigate the sections efficiently. Gonna finish it this week, probably
Game kinda sucked tbh, ending was a let down.

@ Julie_Pilgrim: switch dark mode is ok i just wish it was a bit darker 23 minutes ago
Chat 2