Wireless earphones are all the rage these days, with most smartphones doing away with the ol' reliable headphone jack. Is it worth cutting the cord?

Creative have kindly sent us their "Outlier Air" headphones for review. These aren't any normal headphones, however, as they are completely wireless, similar to Apple's Airpods, except about half the price. They have a microphone, Bluetooth 5.0 support, and effectively have 30 hours of battery life with the charging case. 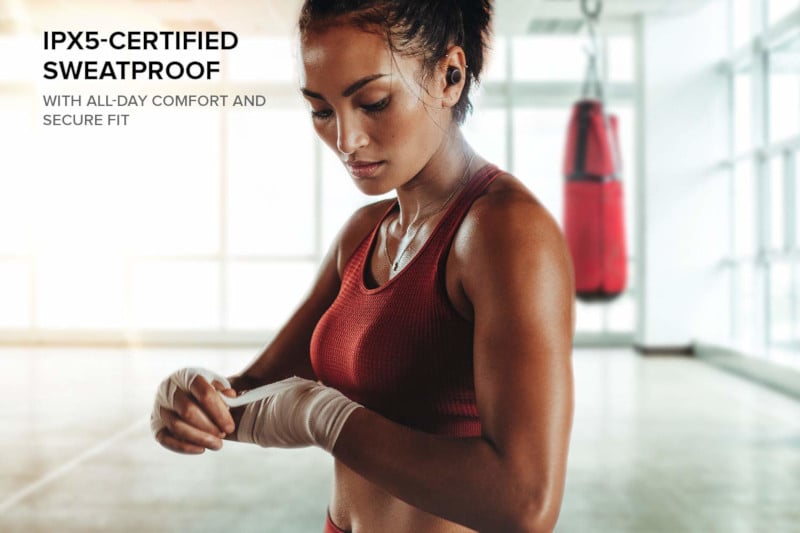 Something that has always concerned me about these fancy new wireless earbuds is the ease of use. With my wired earphones it's a plug and play experience, whilst the concept of Bluetooth earphones has always struck me as something tedious. That said, I'm pleasantly surprised by how quickly it is to get up and running with the Outlier Air earphones. I'm sure this is standard for wireless earphones to connect so easily, but it was impressive nonetheless. After the initial sync, the earphones connect to my phone automatically after turning on, making them just as easy to use as my wired earphones.

Unfortunately, though, there's a glaring problem. The in-ear controls are uncomfortable. In order to use them, you need to press the large, circular button that sticks out of your ear, and it can be a pain. In order to use them effectively, I need to take one out and input the command. I'm not sure if this is something to do with my ears in particular, but a few Amazon reviews mention this, too. I've been informed of other products utilising a touch panel instead, and that sounds like a far superior implementation. For now, though, I'm going to opt for my phone controls instead.

The advantages and disadvantages between wired and wireless earphones may seem obvious, but how many of them really matter? The most obvious disadvantage with these newfangled wireless earbuds is quite simply the fact that they aren't wired. This means that any device that doesn't support Bluetooth audio devices is left in the dust. This includes hardware such as the 3DS and Switch, which can be a bummer if you want to play those in public. Quite simply, you'll have to end up carrying around a pair of wired earphones. This is not a small deal to me, as I do like being able to use earphones with my consoles. There's also the disadvantage of the battery life, but with 30 hours of playtime when including the charge from the case, I don't think it's too big a deal. There's also considerable latency if you're not using Bluetooth 5.0.  This can be a problem when watching videos or playing games, but is otherwise not an issue. The good news is that devices with Bluetooth 5.0 fare much better, and seem to have far less perceptible latency.

Clearly, the disadvantage of wired earphones is that they are wired. Funny how that works out, huh? I was never too into the idea of wireless earbuds, but after actually trying them on, the experience is liberating. I don't have to worry about the wires getting tangled, or getting caught on something as walk. This is a completely untethered experience, making the wireless earphones significantly more convenient than wired earphones. You're free of that annoying cable you'd usually have to deal with. I'd even argue that it would be harder to lose them, since they come with the nice little case. 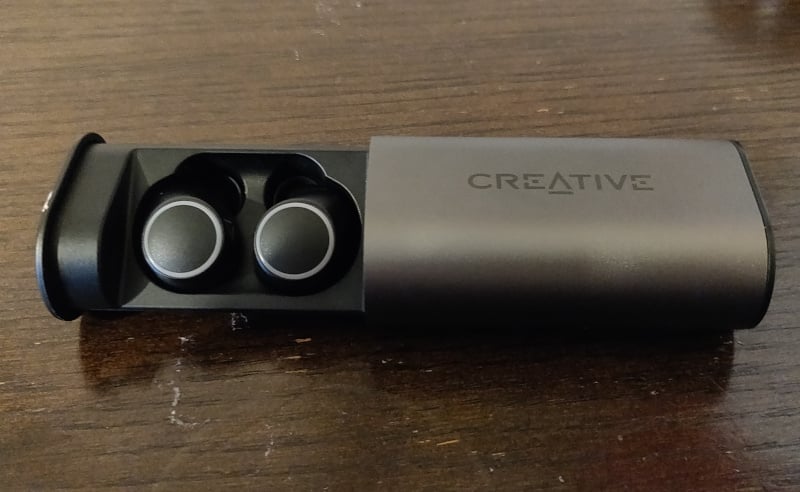 I personally only have two Bluetooth compatible devices, excluding consoles that use it for their controllers. These are my Samsung Galaxy S6, my OnePlus 6T, and my Windows PC. I mostly use my PC's capabilities for controllers, and very rarely use my phone's Bluetooth. With my S6, the earphones worked flawlessly. Sound quality and range were good, and I never got disconnected. This was only improved on the OnePlus 6T, with seemingly better range, and less latency. Calls worked well on mobile devices, with the other participant being able to hear me most of the time. The only problems I had were in loud areas such as trains or busy roads, where I was frequently asked to repeat things. While they aren't advertised to work with PC, I decided to give them a go anyway, and the results weren't so good. There was audio distortion and disconnection problems. I see little reason to use these with a computer anyway, but if you would like to do that, keep in mind that the experience isn't great.

Creative claims that the earphones themselves have a ten-hour battery life when fully charged, with the charging case providing an additional twenty. I think this is reasonable for a set of wireless earphones. After all, you should be placing them in the charging case when finished anyway, and most people don't listen to so much music that they'd encounter battery problems in less than a few days. It is worth mentioning, though, that Bluetooth is a huge drain on my phone's battery life, so I would absolutely have my phone die before using up the 10-hour charge. 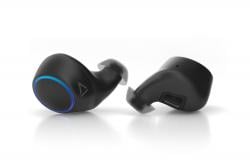