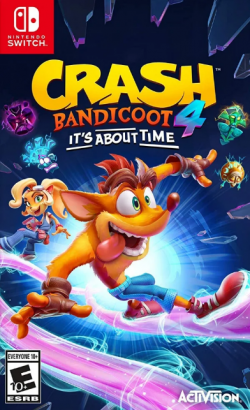 He's back and zanier than ever with this wumpa-filled port, showing off just what the team at Toys For Bob can do!

Crash is back, and honestly, it really is About Time! Crash Bandicoot Warped landed back in 1998, so it's been a whopping 22 years since we last originally enjoyed the series trilogy and, though there have been four spinoff titles, four racing games, a mobile game and 2017's remastered trilogy, this is the actual, real, fully certified fourth game according to the Bandicoot's creators.

Built around the Unreal Engine, Crash 4 goes out guns blazing from the very beginning, really flexing the compression methods it has employed to get this game as much as running on the Nintendo Switch. It has taken five months to shoehorn this 45gb PS4 game into just 9GB for the hybrid portable; overall everything is slightly flatter, slightly blurrier, but its essence and feel are clearly essentially all there! Upon firing the game up I was immediately concerned, though. The much-beloved Activision swirling letters animation was insanely choppy and the proceeding animation reminded me of the Spider-Verse movie with its skipping every other frame to produce a unique aesthetic. However, this didn't feel like an intentional stylistic choice, more one of obvious compression. 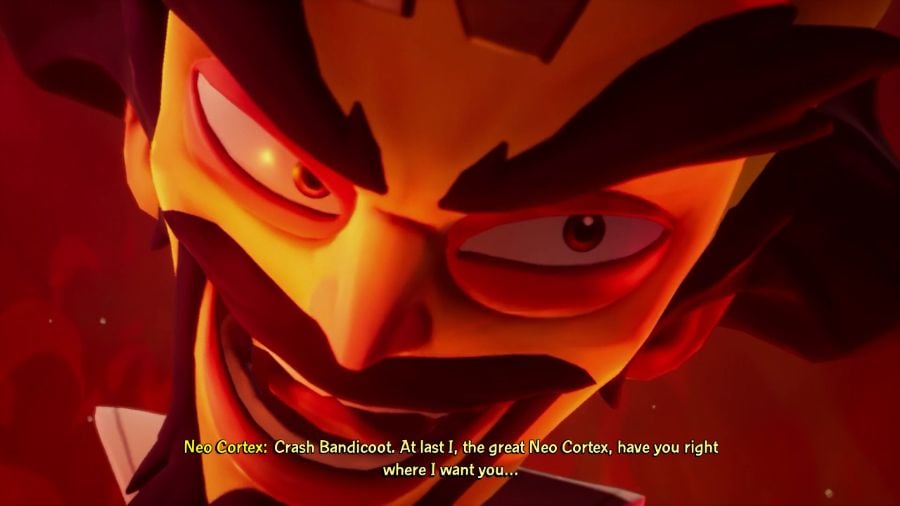 Getting into the main menu, my worries were allayed as everything looked and felt like its bigger sibling's menus and animations. I had real concerns that this was going to feel like playing the GBA version of Tekken (Tekken Advance) all over again; the resolution was pitiful, the frames chopped to all heck, and even with the core ideology still intact, it just doesn't stand up against the PS1 version, not even nearly.

Crash 4 kicks off with a very retro-inspired feeling of tropical tiki island life, with all the typical cliché accoutrement you would expect. This eases you back into the ingrained image of Crash we all have, washing up on a beach and starting his vertically-oriented escapade, adventuring and exploring on into the background, rather than horizontally lolloping around. Not to be outdone, and in some ways to harken back to those days, Crash 4 seamlessly switches between these orientations and allows for more typical 2D platforming in some sections, whereas others opt for action-packed 3D explorative, sometimes almost frame perfect-feeling gameplay. It's not open-world by any means, and this is a great thing. There is no chance of feeling lost or not knowing which direction to take. I would describe it best as: funnelled and relatively linear, but with so many secrets to discover when you veer slightly off that beaten path. With a hearty mix of 43 levels, 20+ flashback stages, 43 N Verted levels, 5 major boss fights, Crash 4 really pushes you to fill out every checkbox in the 100+ level strong lineup. It should be noted that you only need to beat the core 43 stages to finish the story segment, but there is plenty to come back to in future if you want to obsessive-compulsively tidy up the multiverse. 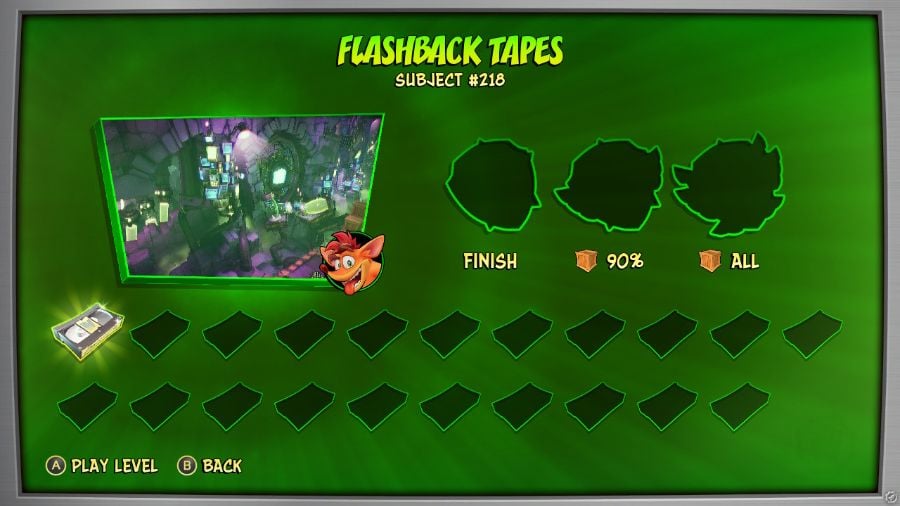 Controlling the characters is relatively straightforward. Jumping, sliding and crouching all become second nature before long, but don't forget to master the rail sliding/hanging/jumping/swinging sections as they require quick thinking and almost frame perfect timing to get every box and fruit in one gnarly swoosh. I was unable to wrap my brain around some of the sections that required me to jump, slide, or hang in various combinations, and I frequently died until I surrendered to the fact that I couldn't bang those stages out in one go. It was insanely difficult to synchronise my brain into going high or low to avoid the obstacles and I honestly had to step away from the game for 20 minutes or so at one point to chill myself out and regain some semblance of composure. On other levels, you have Mask powers that activate and deactivate with the "X" button and essentially phase objects in or out of existence. It was a brain bender for sure, and once you achieve those dizzying heights of mastering those sections there is a definite endorphin rush and an elation at the end...only to discover you missed ten or so boxes somewhere along the lines and would definitely be revisiting that level again in future!

To really kick you while you're down and rub acidic wumpa juice into your wounds, there is a death counter. I don't know which sadist thought it would be smart to include this feature, but my goodness, just seeing that skull icon increment made me more and more outlandishly furious at every turn. I remember getting to around fifteen deaths on one level and again having to put myself in a time-out. 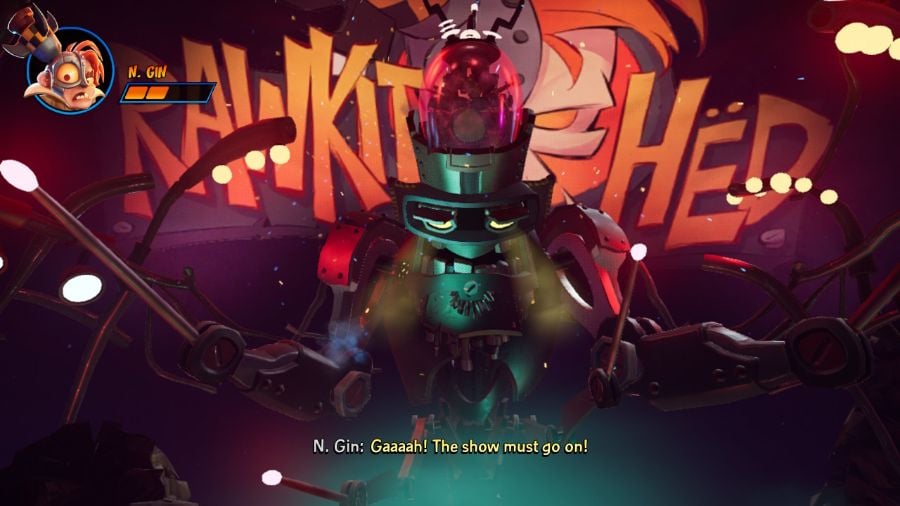 The developers have undoubtedly raised the bar and pushed the Nintendo Switch to a new height with this level of optimisation and technical wizardry. Though it will never be on par with a 4K locked 40-60fps experience that a PlayStation 4 Pro or PS5 could give you, the ability to seamlessly take this one the go with you makes it actually a decent way to enjoy this title whilst out and about. Unreal Engine's temporal upsampling definitely makes the best use of the assets available in such a compressed port. You might be missing reflections, dynamic lighting and screen space effects such as motion blur or bokeh, but Crash 4 retains 99% of its charm and style thanks to some pretty smart choices in the optimisation department.

If you're craving something taxing, with plentiful items to discover and heaps of replayability, you cannot go wrong with Crash Bandicoot 4: It's About Time. Just expect some really difficult sections to really cheese you off and you won't be shocked at the unapologetic level of N'Sanity you will have to endure to get to the N'd of the game.