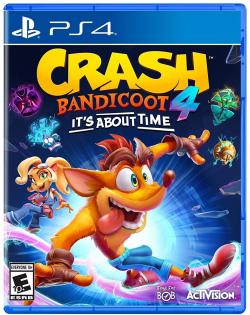 Crash Bandicoot 4 is finally here, and as the game's title suggests, it really is about time.

The last time we saw a Crash Bandicoot game was 2008's Mind over Mutant, but for many, the last time a "real" Crash Bandicoot title released was all the way back in 1998. Now, more than 20 years after the fact, we finally, actually have a sequel to Crash 3: Warped. It's hard to imagine that the game would be worth the wait after so many years, but just like the existence of a brand new entry into the Crash series that isn't a remaster, it's not entirely impossible.

Funnily enough, the moniker of "It's About Time" isn't just a self-jab on how it took so long to get a new Crash game, but also refers to the game's story as well. Crash and his friends will be traveling to all sorts of places in time, or even alternate dimensions in order to save the world from Neo Cortex once more. It's a great excuse to see varied level designs and fun set pieces, whether it's snowy mountains, alien planets, or jungle islands. And you'll be seeing a lot of variety, throughout the game's 107 levels. 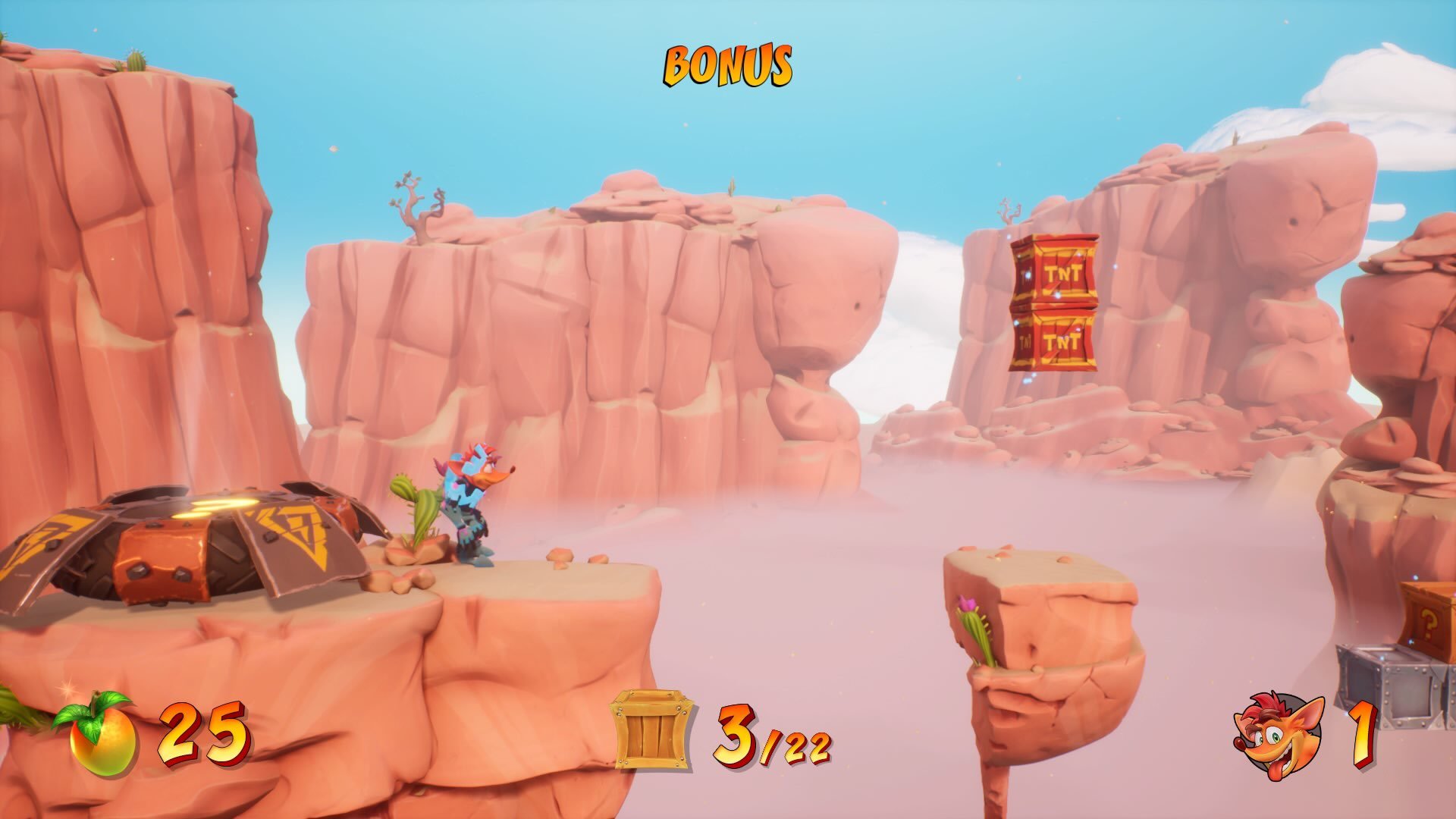 When it comes to difficulty, Crash 4 is surprisingly challenging at points, with even early-game levels requiring some definite skill to complete them, let alone with all the boxes and Wumpa fruit. It's very comparable to Donkey Kong Country: Tropical Freeze's level of difficulty, though if you're a younger player, you won't get a superpowered mode to help you complete especially hard stages. Instead, you have the option to select the "modern" difficulty, which changes nothing about the stages themselves, but it does away with lives entirely, meaning you'll be able to freely try again and again without fear of having to play the whole level over. Having this is a great addition to the game, as it makes it more welcoming to those who want a more stress-free experience, without alienating the original fans who might still enjoy collecting 1-Ups in "retro" mode.

If you do happen to have the skills to complete a level within the various parameters of not dying a certain amount of times, smashing all the crates, or finding the hidden collectibles, you'll be rewarded with character skins. There's no pay to win here--all of the different outfits for Crash and Coco are locked behind a player's skill, not their wallet. Given how many times you'll be replaying a level to perfect it, you might find the conditions to unlock the skins fairly strict or too bothersome, but it does serve as a good incentive for those who really want to challenge themselves. 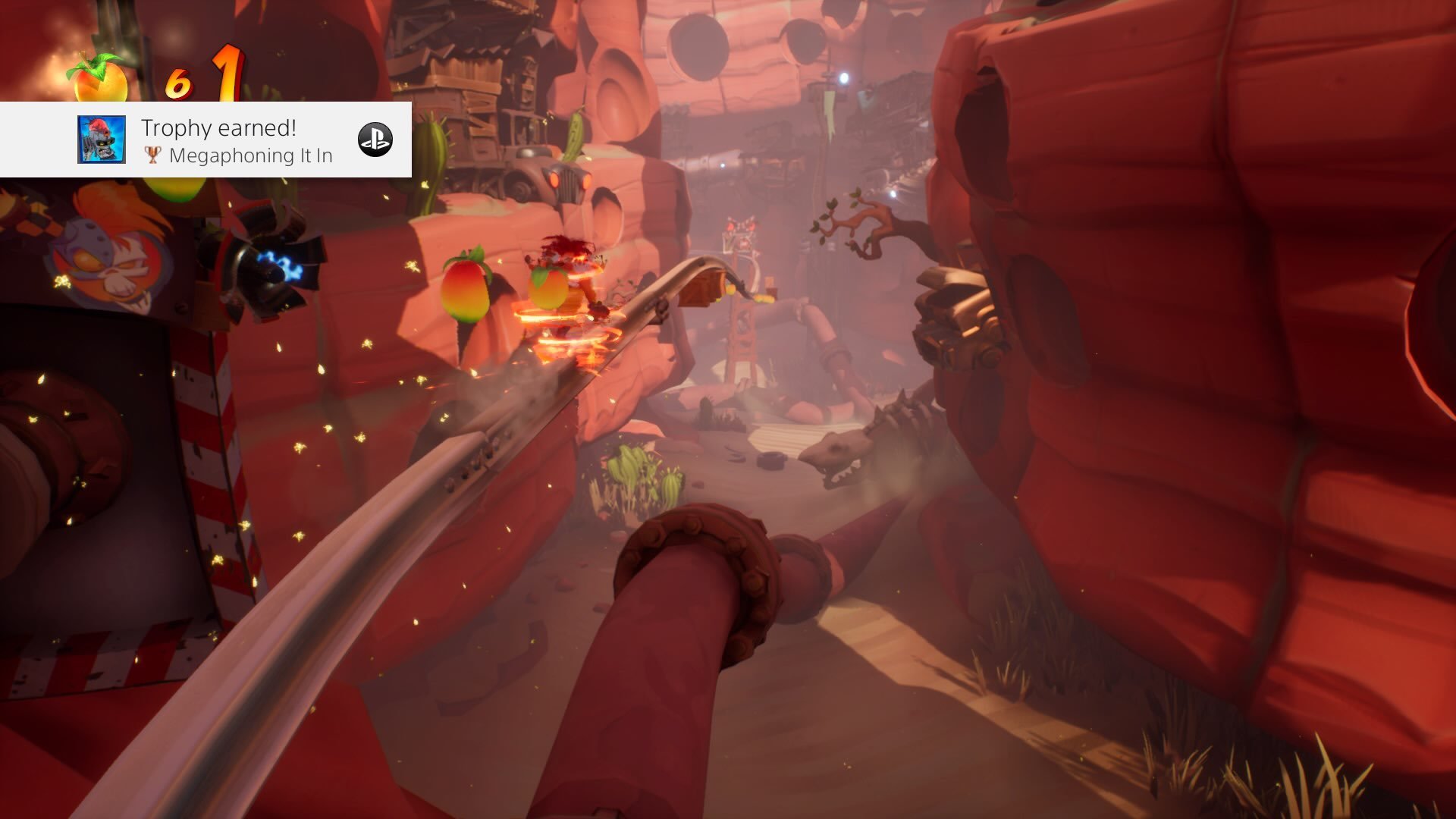 All the familiar stage setpieces you remember from Crash's '90's heydays are back, whether it's escaping from the Indiana Jones-esque giant rolling ball of death, riding your animal friends, water jetskis, and more. It's great to see mechanics from the older games return, without making them feel gimmicky, and some even put a new spin on things. Not only that, but Crash 4 introduces new "Quantum Masks", which can completely change how you approach a level. These include powers that let you change gravity at will, switch between planes with different platform placements, slow down time, and give you a super powerful spin. For the most part, these new powers are fun and let the developers change things up and get creative with level design, but they do overstay their welcome in a few stages.

One of the best new mechanics isn't all the new powerups that Crash has at his disposal, however--it's the fact that he now has a shadow when he jumps. While that may sound entirely unimpressive at first, once you play, you'll begin to ask why this wasn't a feature in the Crash remaster collection. Having a shadow lets you pinpoint exactly where Crash is going to land after being in the air, which removes one of the most annoying facets of 3D platforming: being able to understand where you are in a game's 3D space. Jumps over pits that may have been dubious or platforms that were hard to land on won't be the bane of anyone's existence, as the player is given full knowledge over where Crash is headed. 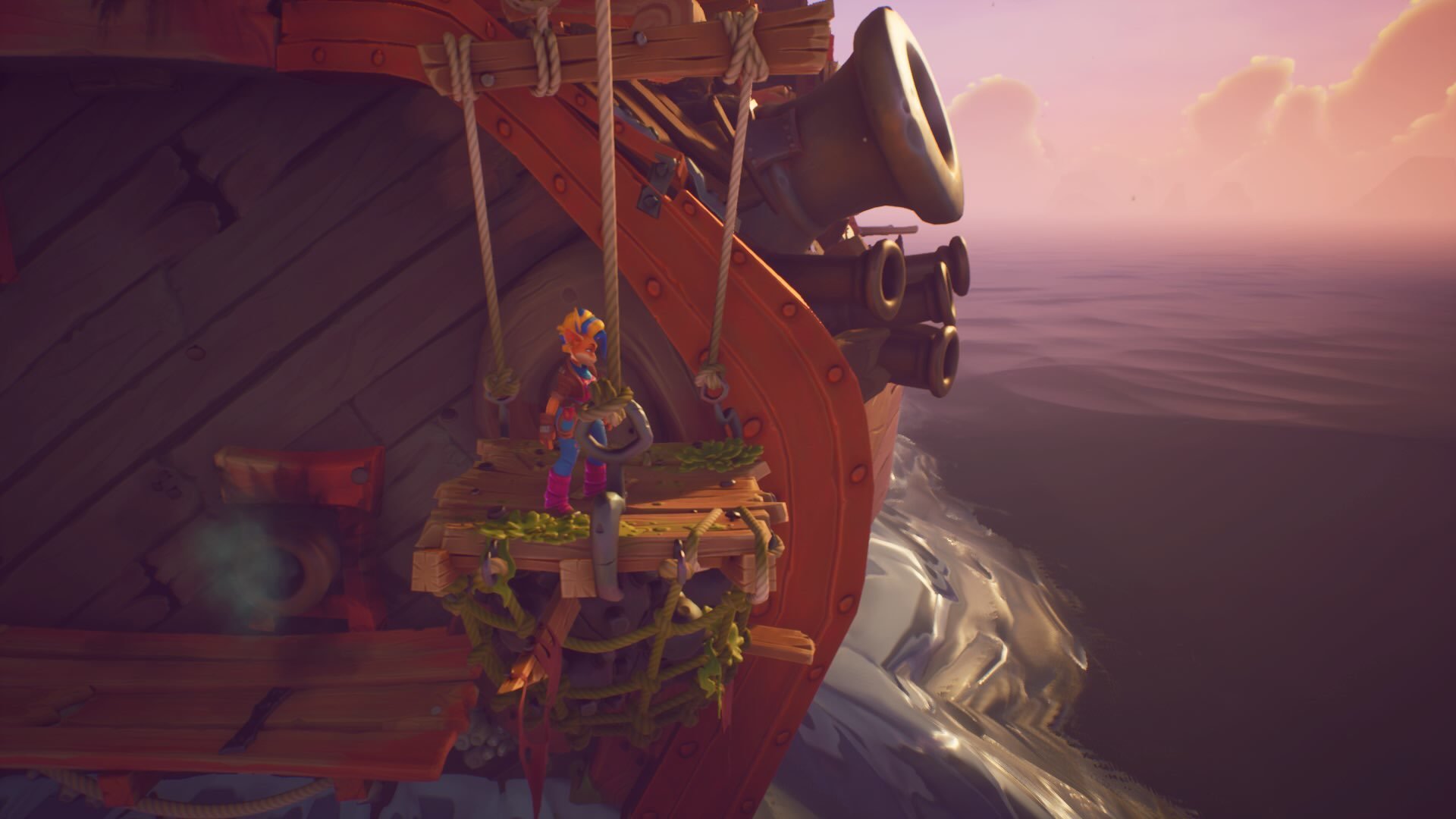 For most of the game, you'll be playing as either Crash or Coco, but there are hidden levels in the game where you get to control Neo Cortex, Dingodile, and Tawna, the last one being a redesigned version of Crash's girlfriend from the first game. They each control differently from the other, with specific quirks that change up the gameplay and make for great challenges.

As this game arrives late into the PlayStation 4 and Xbox One's lifecycles, Crash 4 manages to look visually impressive, in both its wildly colorful art direction and with its beautiful graphics. You can expect a very similar look as 2017's N. Sane Trilogy, just taken a step further to make everything look prettier. Regardless of what crazy locale Crash finds himself in throughout his dimension-hopping adventures, it'll look gorgeous thanks to the colorful cartoon visuals.

Crash Bandicoot 4: It's About Time is to the Crash series as Sonic Mania was to the Sonic series; it's an absolute love-letter to the original games that inspired it, and plays exactly how it should. Developer Toys for Bob seems to understand exactly what made the older Crash games so fun, making It's About Time feel exactly as they advertised it--as a follow-up that fits in perfectly with the original Crash trilogy.