The Cadilac of gaming PC cases? Combining RGBs and glass panels, it's time to turn even your PC into a sweet rave.

A PC gaming case is going to be one of two things, depending on the person you are: either you're going for function, whether it's size or airflow, or you're going all-in on it being a show-stopping setpiece, a showcase of your PC's internal parts on display for all to see, usually bathed in RGB glory. When it comes to Corsair's 5000X case, it definitely falls within the latter, though it's also no slouch when it comes to function, either. Is this case deserving of your precious gaming rig components?

I feel like the Corsair 5000X case is what happens when you've RGB-ified everything in your setup, and there's no possible way to add more glowy lights...unless you crammed them into the case. Coming in either white or black variants, it's absolutely designed to be placed on your desk, for all to see. The 5000X is a massive beast of a case, and while it calls itself a mid-tower, you'll be able to cram just about any build into this thing. There's a lot of room on the inside, deep enough to fit a GPU and the front-facing cable, and then some, and plenty of room for the motherboard and all its trappings. The large size made it incredibly simple to place everything in, and cord management was blessedly easy, thanks to a nice panel that comes out to cover loose cables. 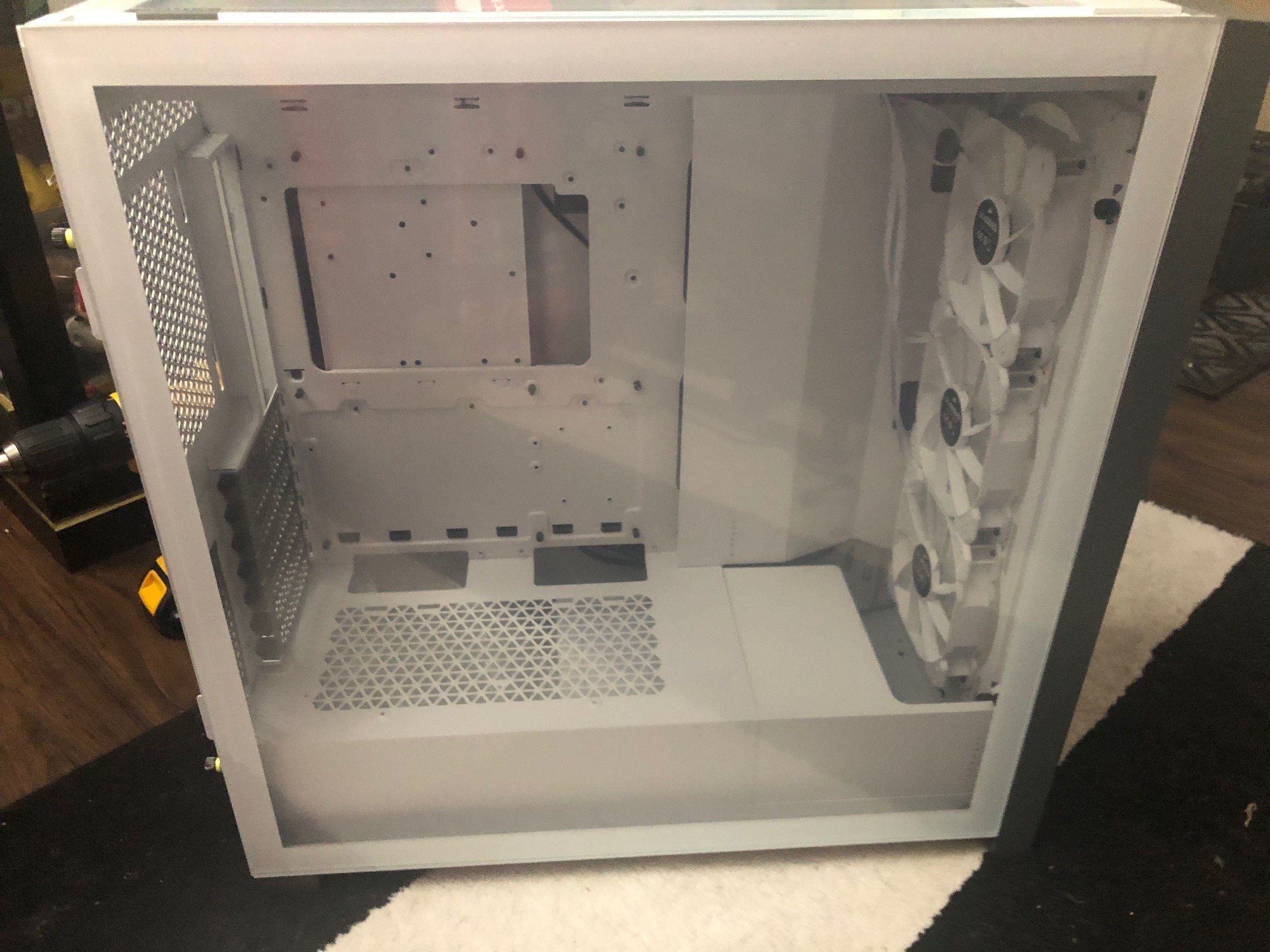 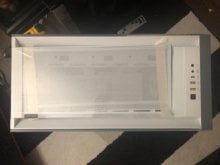 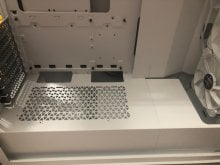 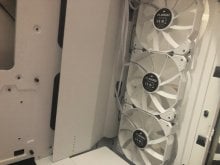 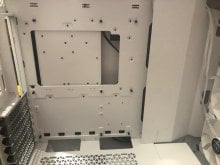 As this is a full-on peacock-y model of case, there's very lightly tinted tempered glass on every side except for the back. It comes together to make for a really beautiful build, and the white version is perfect for making the RGBs reflect. On the top sits yet another glass panel, locked in place with magnets, along with some useful ports: two USB 3.0, the standard audio jacks, a power and reset button, and a USB-C connector. Each side is connected by thumbscrews, which are easy to remove, to which the doors will swing out smoothly. I appreciate the sides being able to stay connected (you can still pop them off if they get in the way), making for less of a pain when needing to get into the case to adjust something.

If you're worried about the airflow on such a glass beast, the 5000X allows you to install not just the three included fans, but up to ten fans total, and three radiators, for peak cooling potential. Is that overkill? Yes, but overkill is sort of why this case exists in the first place. There's enough room to fit four 2.5 drives and two 3.5, which should be more than enough storage for even the most hardcore of gamer. The case comes with a little bay for the 3.5 drives, and the 2.5 ones connect to the back of the case for peak cable management. In my case, my PSU was too long, leading to me having to remove the 3.5 drive bay entirely, which was fine--I don't use HDDs anymore, but I could see it being an annoyance for anyone who has a larger PSU and still relies on 3.5 drives. Out of the box, Corsair already has the fan cables mounted on the back, ready for you to simply plug the cords into your motherboard, which is a nice touch.

Another nice bonus is that the 5000x supports mounting your GPU vertically, and comes with all the accessories that you'd need to set that up. It's a feature I've not seen on many cases, and it's a well-appreciated one, especially if you have a GPU with RGBs on the top. So long as your graphics card is 420 mm long or less, it'll fit perfectly, while your CPU cooler's height can be as tall as 170 mm.

For the sake of testing, I used a Ryzen 3700X and GTX 2080 Super, with an AMD Wraith CPU cooler. I pitted the 5000X against two other competitors I had on hand, both of which were also tempered glass cases: the Maingear Vybe Mk. V and the InWin 103 and their stock fan inclusions. The 5000X's fans will spin, at minimum at 200RPM, but if you want to crank them to max, they'll hit 1450RPM, and while it'll definitely bring up the operating sound of your PC, it doesn't get too loud.

After which, I ran Ungine Heaven's benchmark tool for an hour straight, and used Afterburner to measure the temperature results.

These comparisons are obviously going to favor the 5000X, due to the advantage of a much larger case size, though it does prove that all the tempered glass doesn't bog down your overall system, even in the midst of heavy gaming. The CPU was also dramatically cooler when in the 5000X, so much so that I tested it more than once to make sure, and the results indeed stayed within that range. 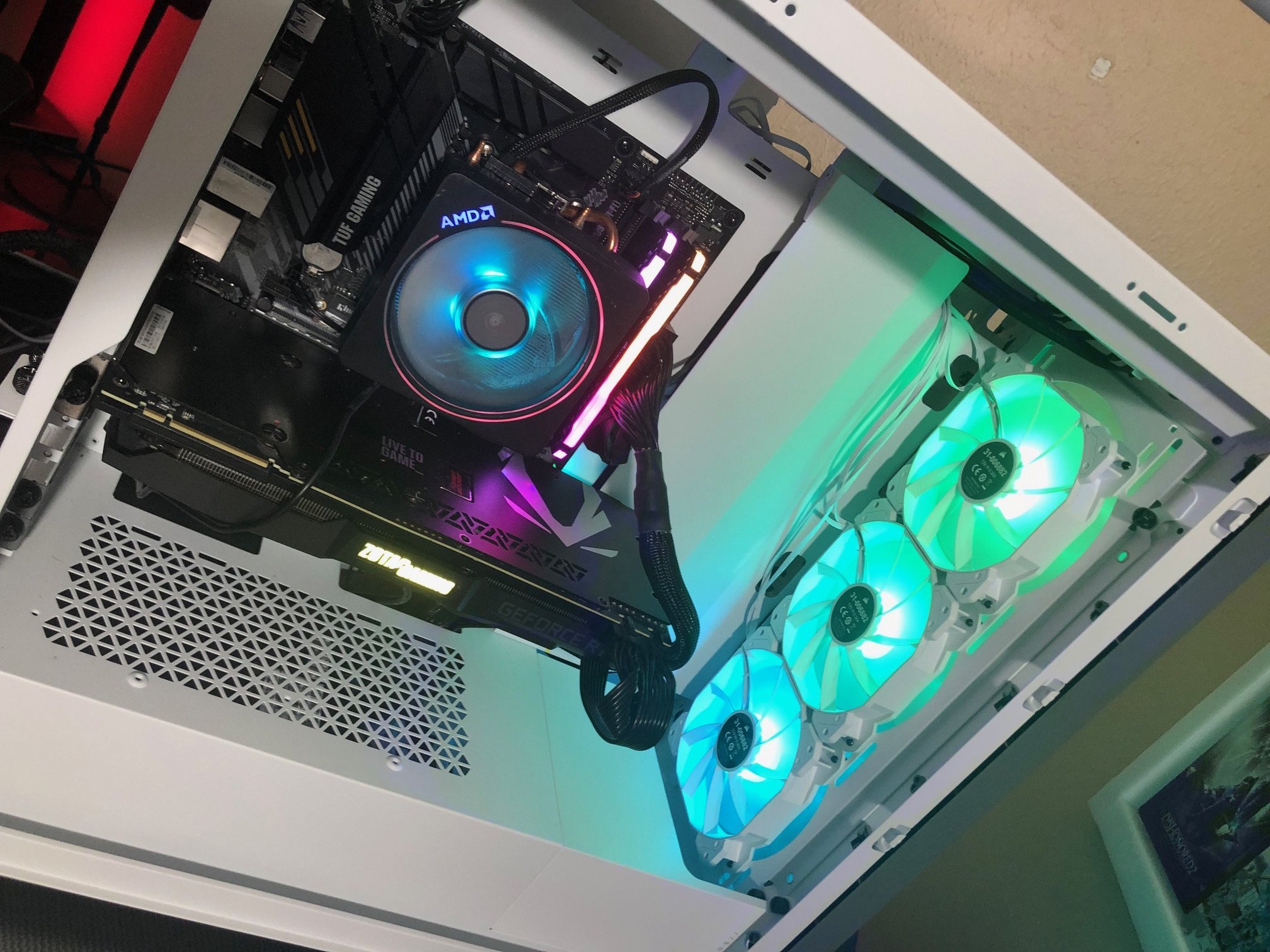 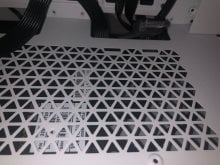 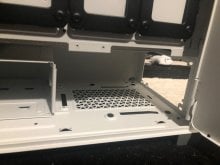 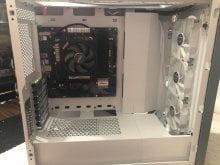 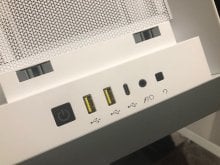 Those that are already running a full iCue setup are the main demographic for this case, because you'll be able to sync all the lights in your case up to any other existing Corsair peripherals, which can really set the mood. This kind of inclusion is great, but if you're not already in the iCue/Corsair ecosystem, then it's just another piece of software to constantly run in the background. As with all other iCue devices, there's a whole fireworks show worth of profiles to choose between, and customizable profiles to set and easily switch between.

While this case is fantastic, what holds it back is its price. Obviously, anything RGB-centric will cost you extra, but the 5000X goes beyond that: it retails for $204.99, a price that's a tad too exorbitant for most, given the fact that the price of the case is comparable to the cost that some might pay for their CPU. It is a nice case, no doubt, and it looks utterly fantastic, with its imposing size, room for insane amounts of RGB fans, and sleek nearly all-glass appearance, but all that coolness (literally) comes with a steep price tag. If you're all about making your PC as stylish as possible, though, look no further. 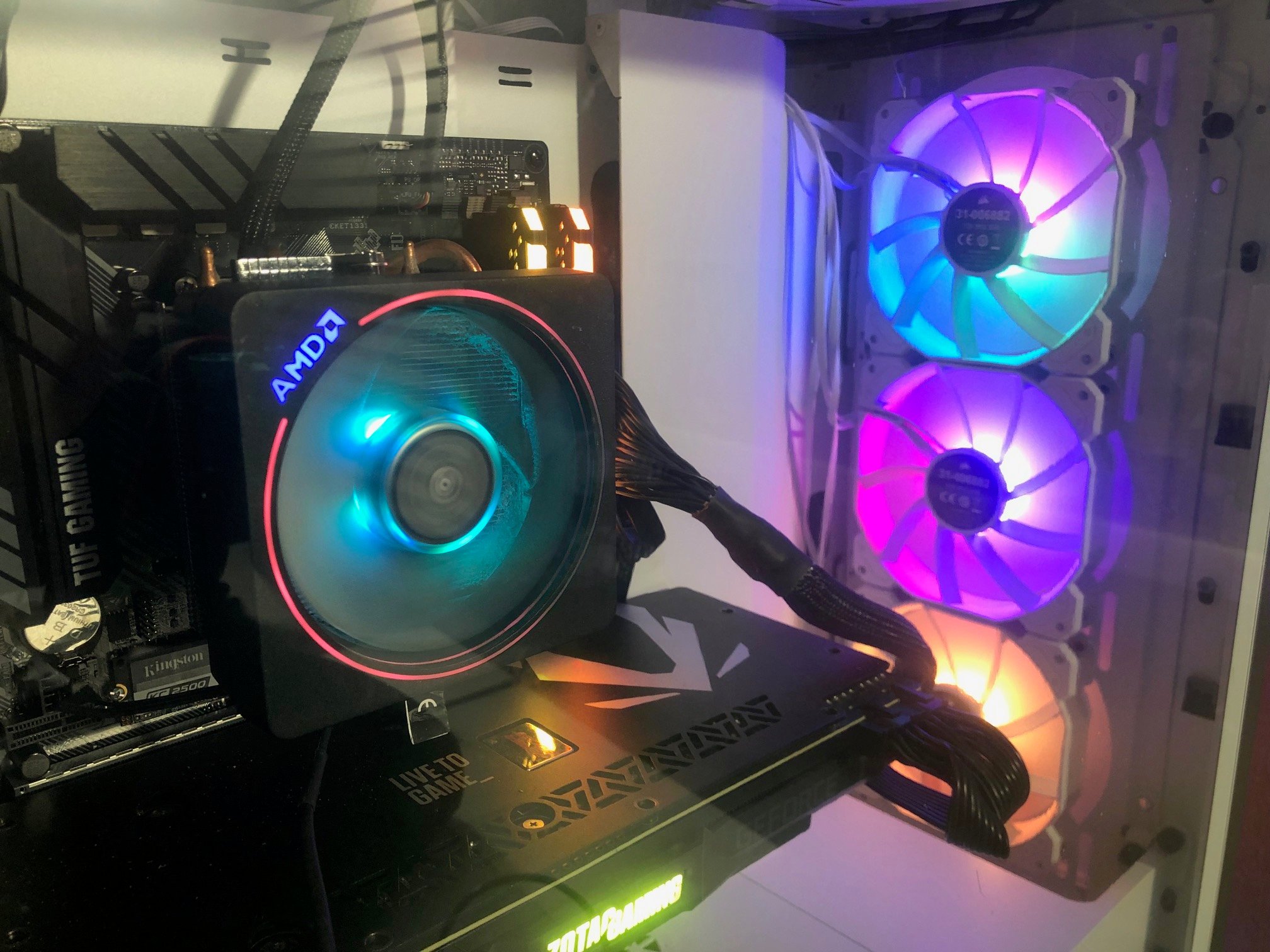