Cooler Master introduces a mouse that can charge wirelessly, without any of the extra proprietary hardware that bogs down other mice. But does it come at a cost?

Just how many gaming mice can the industry be inundated with? There are ones with RGBs, lightweight ones, ones with attachable weights, wired, wireless, the list goes on, and on, and on. Whenever a new mouse hits the scene, it can be a little underwhelming; how many times can you see different brands release their own take on a certain style? And yet, with Cooler Master's latest mouse, I can't help but feel intrigued by it. This time around, the name of the game is wireless charging, and it's not like Logitech, Razer, or Corsair's version of wireless charging; instead of using proprietary technology, the Cooler Master MM831 is a gaming mouse with support for the Qi charging standard.

As stated before, the biggest draw for this mouse is its wireless charging capabilities. If you have any Qi charger, including Cooler Master's own previously released wireless charging headphone stand, you can simply set the mouse atop it, and it'll begin to glow green, indicating that the mouse's battery is topping up. It's nowhere near as elegant as simply placing the mouse on the mousepad to charge it, like rival companies' mice do, but it's also a much more affordable option, considering the fact you're not paying $150 dollars for a mousepad alone. If you wanted, you could even grab a cheap mousepad that comes with Qi charging, typically meant for your phone, to use for the mouse instead. You're not held back like you would be with proprietary charging standards. 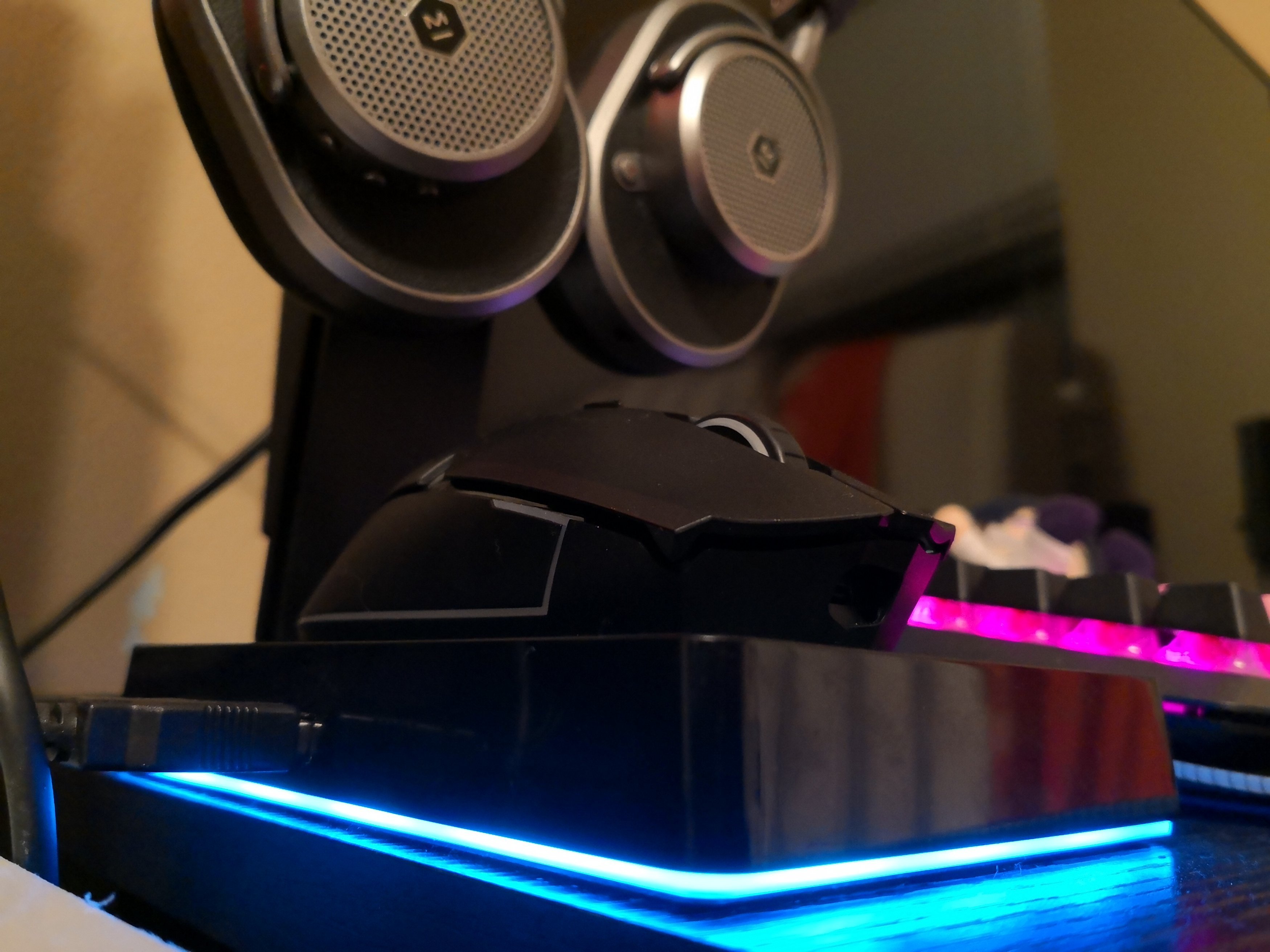 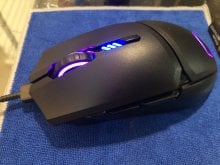 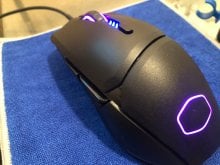 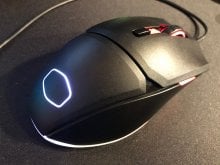 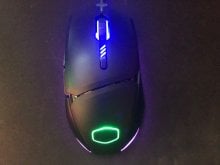 Another feature of the MM831 is that you can set the DPI ridiculously high. We're not talking "low" numbers, like 18,000 or even 24,000--this mouse goes all the way up to a staggering 32,000 DPI level thanks to its Pixart sensor. Whether or not you'll actually make the most of this setting is up to how skilled you are as a gamer, but if you want crazy-high DPI, then the MM831 completely delivers on this front. When you move the mouse across your mousepad or desk, it glides smoothly and the sensor is hyper-accurate, resulting in a very satisfying feel whenever you move the camera--especially in an FPS. For normal mouse usage (and even for gaming, personally), 32k DPI was a little too extreme, but the buttons next to the scroll wheel allow you to change your current DPI quickly and easily.

An age-old hypothesis goes like this: "If it is a gaming accessory, then it has RGBs". That incredibly scientific query holds true, as the MM831 has glowing lights along its edges, the scroll wheel, and the hexagonal Cooler Master logo on the back. I'm quite fond of RGBs--I enjoy the flashy look that they provide, and I especially love color-coordinating my desk setup. Fortunately, this mouse has some lovely RGBs that glow bright and can be customized to your every whim, from red, to rainbow, and everything in between. If you don't derive joy from RGBs, well, you can also turn them off entirely. The lights can get quite bright, too, and there's a host of different effects you can apply.

Customizing the mouse, either its RGBs or DPI, will bring you face-to-face with Cooler Master's Portal software. In the past, I've had both good and mixed reactions from dealing with their proprietary software, and in this case, Portal is better than ever. Finding the software was easier than it's been in the past, a download link and changelog both in plain sight on the official webpage, and installing it was a simple affair. Once you open up the tool, you're met with various options, including button remapping, mouse sensitivity, macros, and dozens of flashy RGB settings. They've done well to slowly improve the Portal software over the course of the past year or two, and it shows. 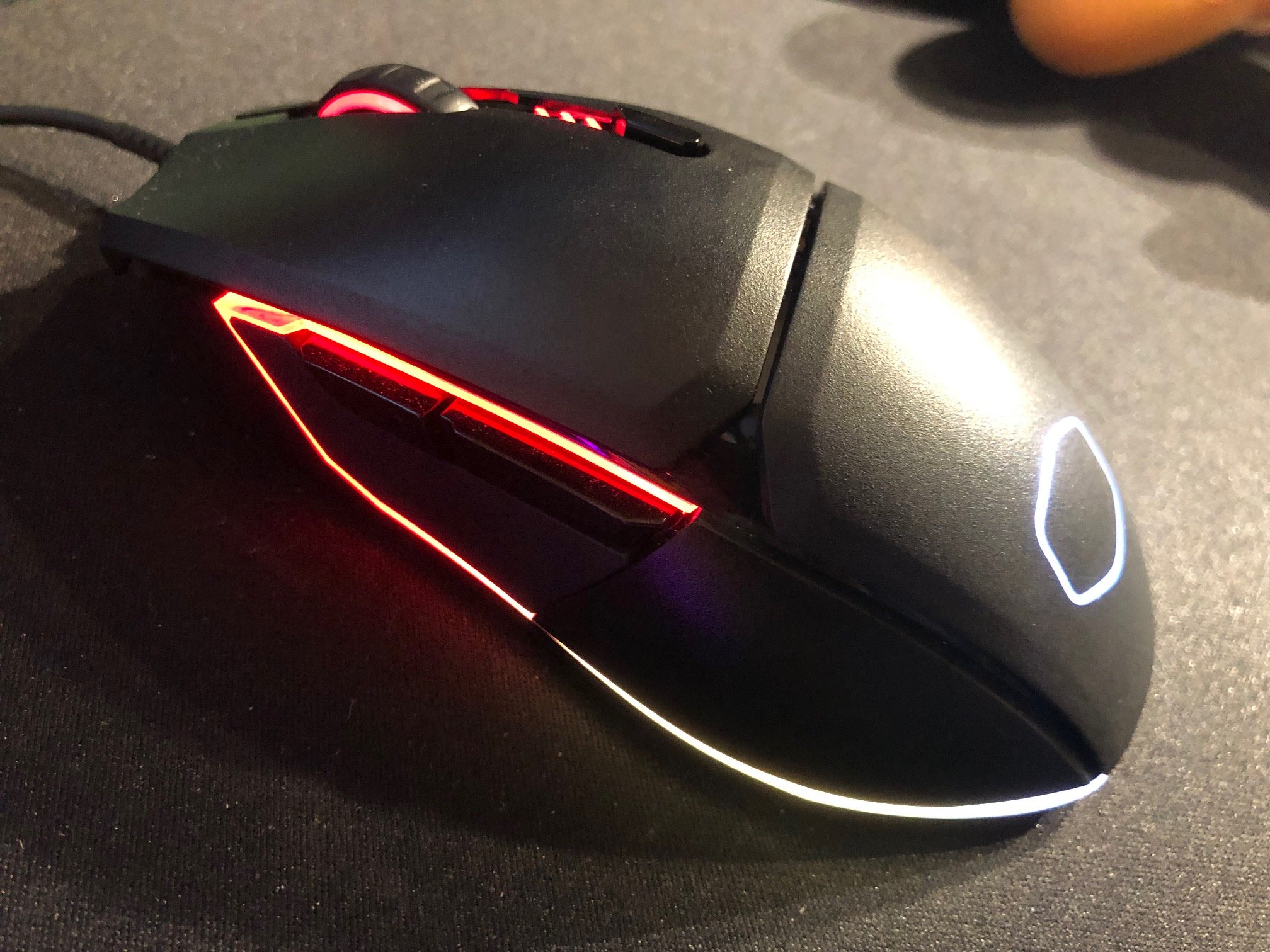 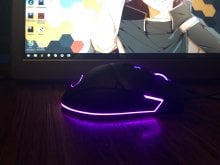 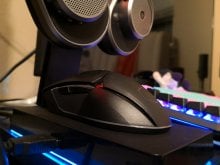 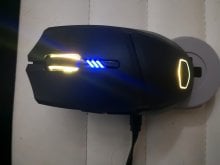 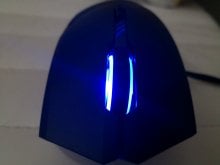 Though this mouse is great for the most part, there are a few small frustrations on occasion. Sometimes, the mouse would stop charging because it wasn't centered exactly perfect on the small Qi charging pad I was using, which was a minor annoyance, but once I realized where the sweet spot was for the mouse, it became less of an issue, mostly. The few times it didn't want to notice the Qi charger, or the lights didn't turn green to indicate that it was charging up made the mouse feel a little less seamless than say, a wireless charging mouse from Logitech or Razer, but it's still a solid step up from the average wireless mouse. Annoyingly, there isn't a battery level indicator, either on the mouse or through its software, meaning you won't really be aware of how much time the mouse has left before you need to charge it back up. It does get a respectable 30 hours or so between charges, and since it does charge seamlessly, this isn't the worst issue it could have.

Should you ever want to use the mouse wired, or just charge the MM831 with a cable, you can do so through the USB-C port on the front of the device. Doing so gives you the option to connect your mouse via USB-C, Bluetooth, or the included 2.4G wireless dongle. On the bottom of the mouse is a switch that you can flick to choose between the three settings. 2.4G personally was the best option, offering both low-lag and all the perks of a wireless mouse, while Bluetooth was more useful when the mouse needed to be quickly connected to another device rather than standard use, as it was noticeably less reliable than with the dongle, and wired felt almost amusingly needless, given the entire point of the mouse is to require less hassle with cables.  Either way, it's a much-appreciated sight to see all three options supported.

At 123 grams, the mouse feels a tad on the heavier side, and it's quite solidly built. Nothing rattles around on the inside, which has been a concern with some of their mice previously, and it's a small detail, but a step in the right direction. The matte-coated plastic offers a good amount of texture for your hands, and since it has a thin profile, you'll likely be holding onto it tightly with a claw grip. My hand sits comfortably along the mouse, with my index and middle fingers fitting nicely atop the two main buttons. Over on the side are another two keys, which are clicky, satisfying to press, and easy to reach. Regrettably, the same can't be said for the middle mouse button, which is fine for scrolling but perhaps slightly mushy to press in. Outside of that one factor, the MM831 hits all the right notes that a gaming mouse should.

Totaling out to an MSRP of $79.99, the Cooler Master MM831 undercuts any of the other wireless charging mice on the market, with its closest competitor being HyperX's $99.99 Pulsefire Dart. And yet, this feels like a proper, nicely-made gaming mouse on par with the rest of its competitors, never feeling like it's a comparatively "budget" mouse. The excessively high DPI setting could be seen as a gimmick, since it's so sensitive it's almost hard to tell the difference at such high levels, but those who are used to such settings will likely get a kick out of using 32k DPI. On the whole, the MM831 is a solid mouse that offers good gaming performance and some great convenience benefits. For being their first attempt at a cord-free mouse, Cooler Master managed to create a very fine device that'll be welcome to anyone looking to go fully wireless with their gaming setup. 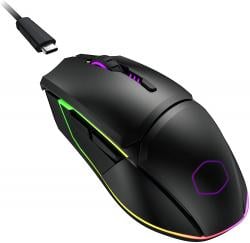