Cooler Master's ControlPad is a gaming-oriented keypad that aims to consolidate the functions of a gamepad into a keyboard design. How well can it pull off this trick?

My main problem with PC gaming has always been using the keyboard as a controller. My fingers kept getting lost on an input device with over a hundred buttons, especially when I’m trying to keep my hand in one position because I’m really only using a small fraction of those keys. I’m sure it’s easier for those who grew up on PC gaming, but as a late-in-life convert I’ve never been able to play an FPS on PC because I didn’t have the reaction time to find the correct button amongst a sea of keys. While that’s probably not the issue it was designed to fix, I found my problem totally solved by Cooler Master’s ControlPad, a new 24-key mini keyboard.

The ControlPad is an add-on keyboard with four rows of five keys, and one row of four keys with one extra wide key at the end. Each key is numbered 1-24, and the entire key set is customizable, meaning the ControlPad is essentially a blank slate. The keys are tightly packed together, but I never struggled to hit the right one. And because there’s so few of them, it’s much easier to keep your place in mind. The keys themselves feel nice, with Red switches (either Cherry MX or Gateron) that provide the fast and smooth feedback gamers expect. The reds are an especially good choice for the ControlPad since their low actuation force makes them suitable for action games and their biggest drawback—that it’s easy to mistype with them—doesn’t apply here.

The ControlPad is fairly compact, since you’ll often be using it in tandem with a full keyboard. Measuring 1.66 by 4.09 by 5.06 inches, it takes up mercifully little desk space. The brushed aluminum of the actual ControlPad also looks sleeks and elegant, and fits the minimalist functionality and design. There’s also a generous wrist rest which is among the most comfortable I’ve ever used, though, annoyingly, there’s nothing besides a weak magnet that keeps it connected to the ControlPad. 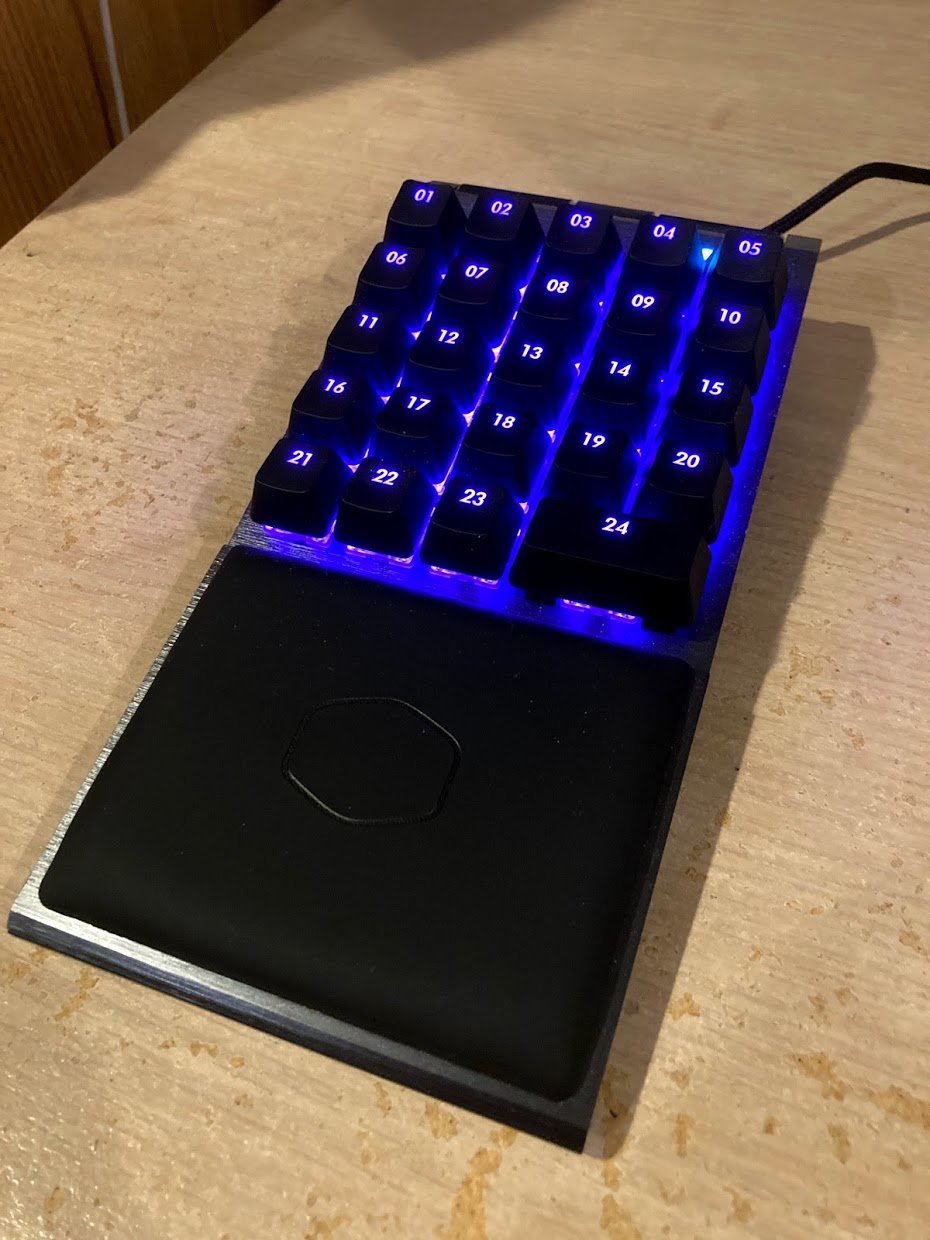 To get full use out of the ControlPad, you’ll need Cooler Master’s software to customize it. Though, to be fair, the default layout works pretty well for gaming. It puts the W key in the centre of the second row, and fills out the keys much like a standard keyboard from there. Your WASD is nice and centred, with the wide key at the bottom—acting as a space bar—suitably far away, and you get access to most other keys a game might throw at you. It’s actually become my preferred way to play first-person games on PC; the layout is convenient, I don’t feel encumbered by a full keyboard, and the build quality is solid enough to provide a comfortable experience.

If you do want to customize it further, however, there are a ton of options available to you. You can assign any of the keys to represent a key on the keyboard, or even a button on your mouse. You can also create macros and assign them to your buttons. So, say you wanted to be able to take screenshots quickly at a keystroke, you can assign that to the big wide button. In this way, the ControlPad can fulfill many of the same functionalities as a stream deck. You can also set up multiple profiles with different button layouts depending on your needs, and change between them with a convenient scroll bar (there’s also a second scroll bar you can assign to tasks like volume control as well). 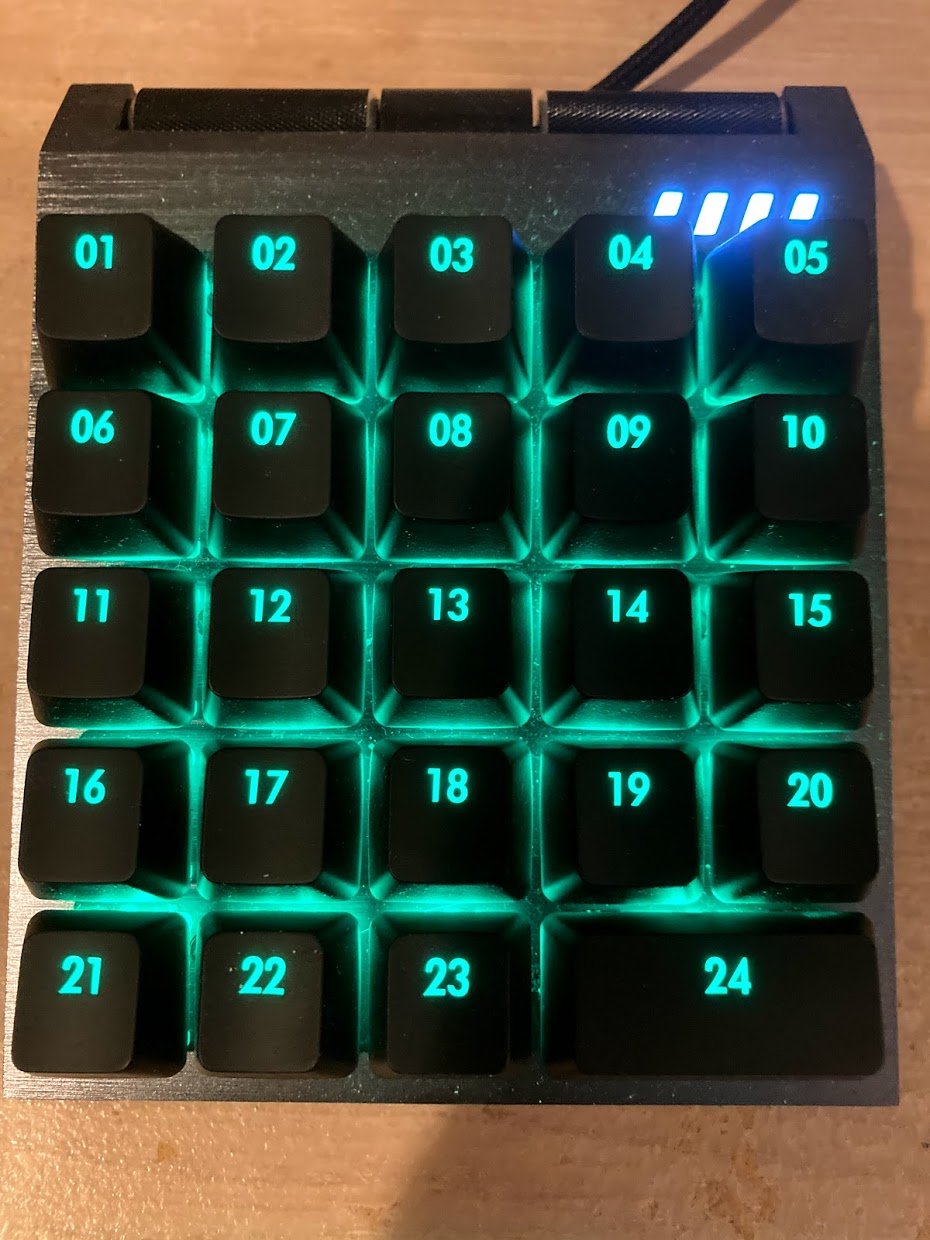 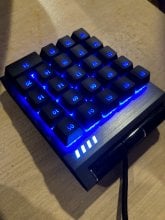 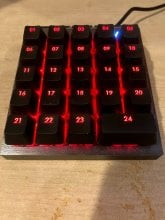 The customization options make the ControlPad a very versatile tool. I’ve taken to it as a great tool for gaming, but it’s also been a big help when editing creative projects. Being able to assign various functions to the keys while editing audio or video lets me switch up what I’m doing much quicker than hunting down the icon with my mouse or trying to remember the correct macro. It might seem like a small bonus, but it really saves time and makes editing jobs much much smoother.

The most touted function of the ControlPad is its Aimpad technology, which is supposed to let your keypad function more like a traditional game controller. It's an interesting idea, but one that doesn't really pan out in practice. The ControlPad has dual actuation, meaning it activates at both half a key press, and a full one. The idea is that you can use this to mimic moving with an analog stick; a half press to walk, a full one to run. While that works fine, it's not enough to make much of an impact. Your movement is still restricted to four directional buttons, and there are compatibility issues that can make it a pain to use. Your PC will automatically detect the ControlPad as both a controller and a keyboard, and you can assign keys on the ControlPad to be read as a button on an Xinput controller instead of a key on the keyboard. But not every game will allow both keyboard and gamepad controls to work at the same time, and I had trouble getting certain launchers to recognize it as a controller at all. You can also, technically, use the dual actuation to assign one key to perform two functions (half a key press reads as Macro A, a full one reads as Macro B), but it's hard to imagine a scenario where that's practical, especially since the half-key press would always have to activate before the full one.

Despite the failures of the Aimpad technology, the ControlPad is still an excellent add-on. For gamers, it offers a sleek, pared down keyboard that provides all the comfort of a traditional mechanical gaming keyboard. For content creators, it's a versatile tool that can increase productivity. 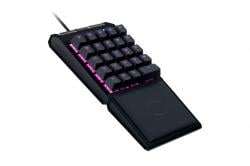