What better way to show your personality than through your game controller? Or better yet, why not rock a cool looking gamepad with every shooter-related mod under the sun?

Throughout the lifecycle of a console, you'll usually see first-party controllers release with different themes, colors, and designs. Or even third-party manufacturers that attempt to be unique, adding a special flair to the controller that Nintendo, Sony, or Microsoft wouldn't normally attempt. But, if you think the look of a base standard controller isn't for you, that vinyl skins aren't comfortable, or that you hate the feel of third-party controllers, yet you desire a gamepad that takes its appearance to the next level, then your best bet is to go hunting for a custom controller.

In this case, we're looking at a company that specializes in creating customized designs for every gamepad in every color of the rainbow. Having jumped onto the scene in 2008, they're one of the older brands out there when it comes to fancifully-painted devices. So does all that experience mean they've got what it takes to make a custom controller worth a buy? Considering the price, you should sure hope so.

Your initial step in the process of getting a tricked-out controller is to obviously pick a design that you want. Controller Chaos' site is almost intimidating with how many options there are. They cover just about anything that you could think of: Xbox One, 360, and Elite controllers, DualShock 3 and 4, Switch Pro, Pokken, or even GameCube controllers. And once you've decided on what platform, then you're met with dozens upon dozens of different designs. It's both staggering and impressive, and that's not even the extent of their customization prowess. Should you not find any of their pre-made choices up your alley, they've even got a customizable "build your own" selection that lets you specify each and every facet of the controller yourself. 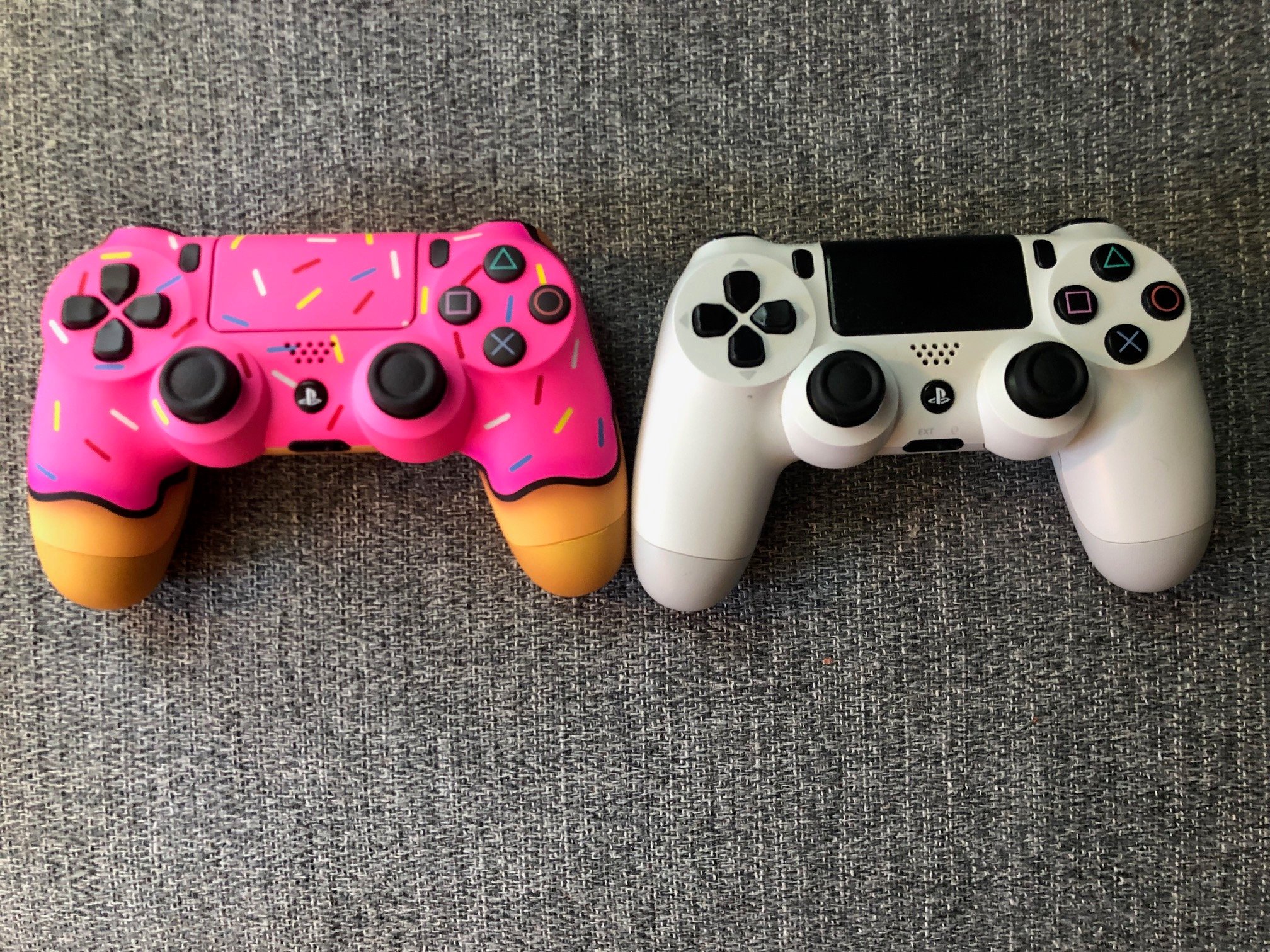 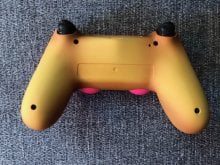 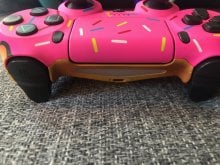 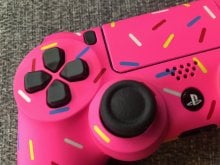 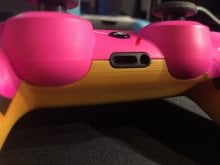 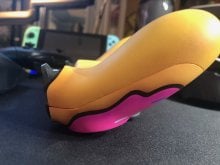 For the review, we'll be testing out the "Glazed Fresh Donut" DualShock 4, which amusingly looks exactly like the kind of controller Homer Simpson would dream of. The front, including the touchpad, is bright pink--an exact shade of what you'd see on an actual frosted donut--adorned with multi-colored sprinkles all over. Traveling up the grips is a pastry-brown color, and it continues alongside the backplate of the controller, which has an extra air-brush shaded effect. Their presentation is top-notch; every little bit of detailing was done perfectly, from the way that the matte paint is immaculately clean, without any blemishes, to how none of the design chips away, even if you try to go out of your way to be rough with the controller.

Controller Chaos' work surpassed my expectations--I would not have been surprised if there were any weird small blobs of paint or imperfections that might have stood out, and became an annoyance over time, but even under scrutiny, it looked flawless. If I absolutely had to, the closest thing to a nitpick that I could manage would be two incredibly small things: one of the red sprinkles had the slightest, tiniest speck of white in it, and that the gap between the faceplate and backplate looks odd, though the latter is just how the design is normally with all stock DS4 controllers. Going off this donut controller, these guys can really do some great stuff.

A controller is more than its appearance, though--you not only get to play around with how you want your controller to look, but how you want it to perform, as well. Within the customization panel, you have the choice to swap button mappings, add rapid-fire, or make further modifications that can help you get better kills in certain games. There are such options for automatically making your character hold their breath when scope-aiming, jumping when you shoot so you better dodge enemy fire, setting single-shot weapons to act as burst-fire, and more. Not every mod works with every game--some of them, like "quick knife" or "sniper breath" are limited to Call of Duty or Battlefield. Each of the modifications works as advertised, but they can get a little pricey as they're $10 per feature. So, say you wanted sniper breath, fast reloading, jump shot, and auto-sprint? That would add an extra $40 to your order total, which feels excessive. Fortunately, they do offer an all-encompassing option that gives you every single one of their mods for a flat $50, but even then, given that a lot of them are only usable in a handful of games, it doesn't feel very worth it unless you exclusively play CoD on console. 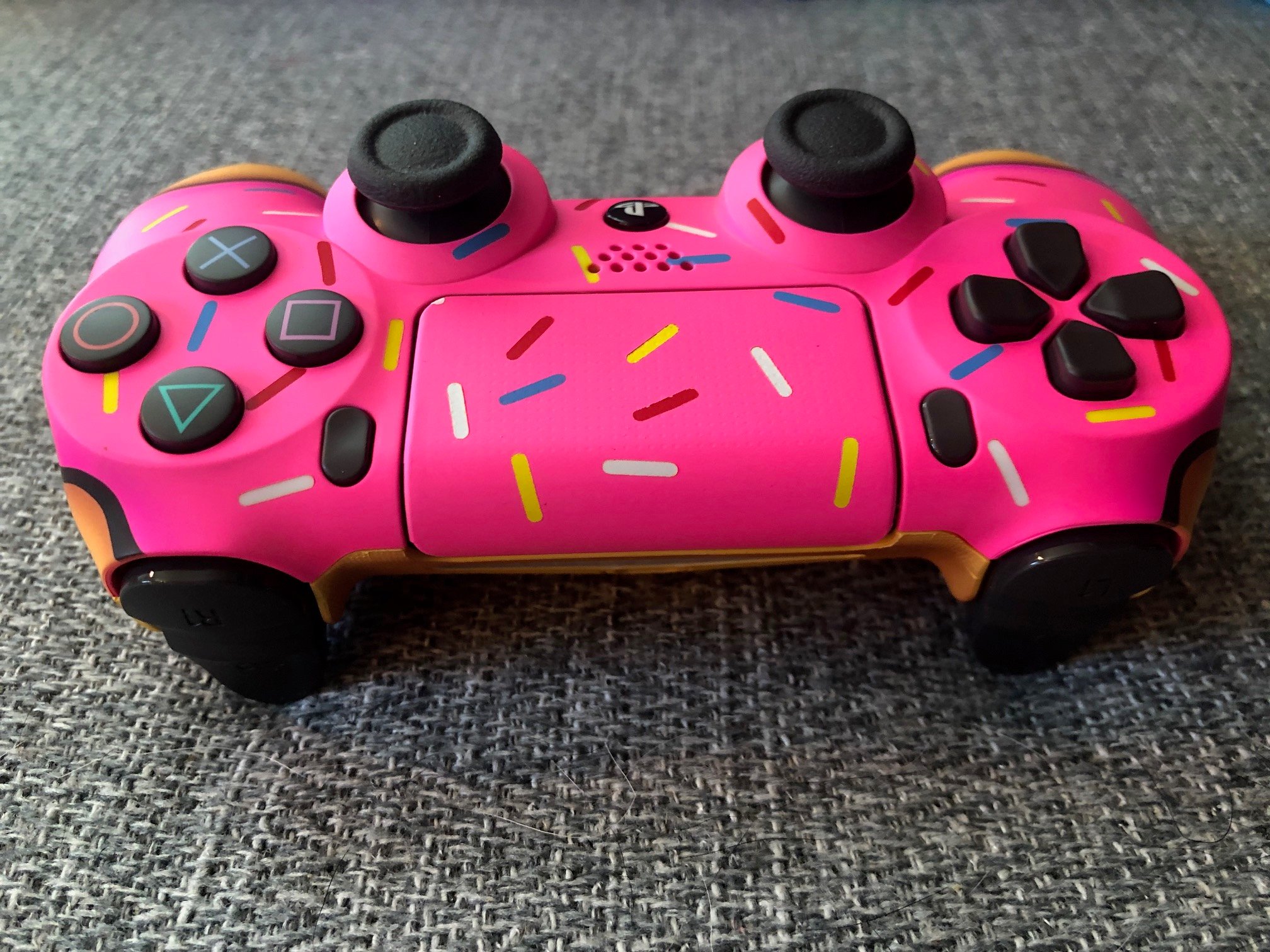 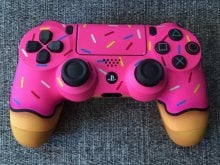 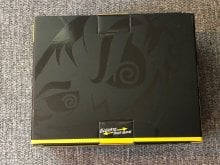 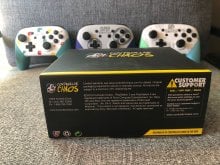 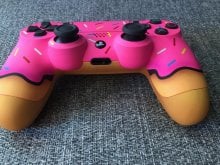 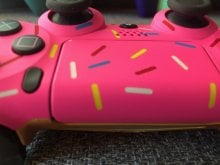 One of the biggest complaints that come with custom controllers is their price, with many claiming that they'd be able to buy their own shells and replace the internals of the controller by themselves for the fraction of the cost. Doing that is entirely valid, assuming you know what you're doing and are comfortable and confident enough to do so, but Controller Chaos has the benefit of not merely being a custom shell replacement service--these are DualShock 4 controllers with a professionally-done layer of paint applied and designs hydrographically dipped. And then further modified, if you so choose. It's still something you could possibly do yourself at home, but the process is more intricate and is a step above just applying a decal or replacing the outer plastic housing.

Whether or not that is worth $119.00 (for the base customized price) is up to you, but from the perspective of someone who has dealt with accidentally tearing vinyl decals, hates the feel of cheap controller shells from Aliexpress, and is reluctant to try their hand at messing around with replacing tiny controller parts, well, it's entirely worth it. Everyone will have a different idea of acceptable pricing for the work being done to carefully apply the paint and how much they care about having a unique gamepad, but at the very least, Controller Chaos is adept at what they do. The end result is definitely high-quality, and their tweaks/modifications work well.

When it comes to getting an awesome or hilariously painted controller that stands out, or even acts as a setpiece to your gaming setup, then Controller Chaos is the way to go. Not only can they make you a controller with a custom-made design that you'll love, but their controllers have a first-party official appearance to them thanks to their meticulous detailing, and feel great to use. Their modifications aren't as easy to recommend, but they're entirely optional. They also offer a warranty and return window so you don't need to be uneasy about trying their services out. At double the retail cost of a normal DualShock 4, the cost is on the high-end side of things, but it's completely worth it if you've ever wanted to personalize your controller. 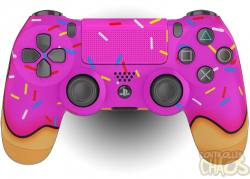