iOS and Android users, make way as there’s a brand-new competitor on the market! CircuitMess presents its Ringo phone, one that you can build right at home! Let’s take a look!

I think I know what Albert Gajšak's, the entrepreneur behind CircuitMess, grand plan is: to make every living human being solder as second nature. When I reviewed CircuitMess’ first product, the DIY console MAKERbuino, I had zero soldering experience and messed up a little bit (but succeeded in the end). So I was quite skeptical when I had to get back to soldering with the company’s next DIY product, the Ringo phone, over one year later.

However, soldering the Ringo parts together proved to be much easier and faster than I had imagined and once this was done, the following steps were as easy as piecing LEGO pieces together. Of course, if you’re new to soldering you might want to practice a bit before hand and even I found some of it to be quite tricky. But if you ever screw things up, you can always contact CircuitMess as they have excellent customer service and even helped me resolve my issue with the MAKERbuino before. Thankfully, my soldering skills weren’t as rusty as I thought and I successfully built the Ringo, surprising myself; hence my theory behind Albert’s plan... 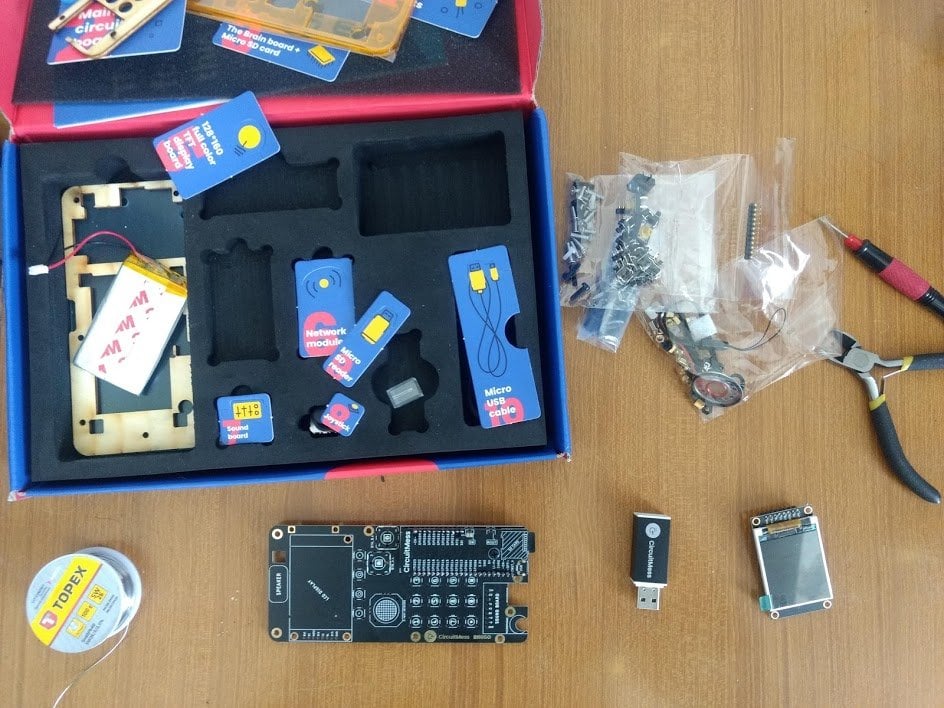 Anyway, back to the product, the Ringo, or MAKERphone as it was originally called. The project was successfully crowdfunded on Kickstarter in 2018 at a whopping $324,453, blasting past its goal of $15,000 (!). The basic kit is priced at $129.99 and comes with all of the phone’s components. There are other purchase options like soldering tools, extra casings and even a fully assembled “power up”. It packs the following specs: 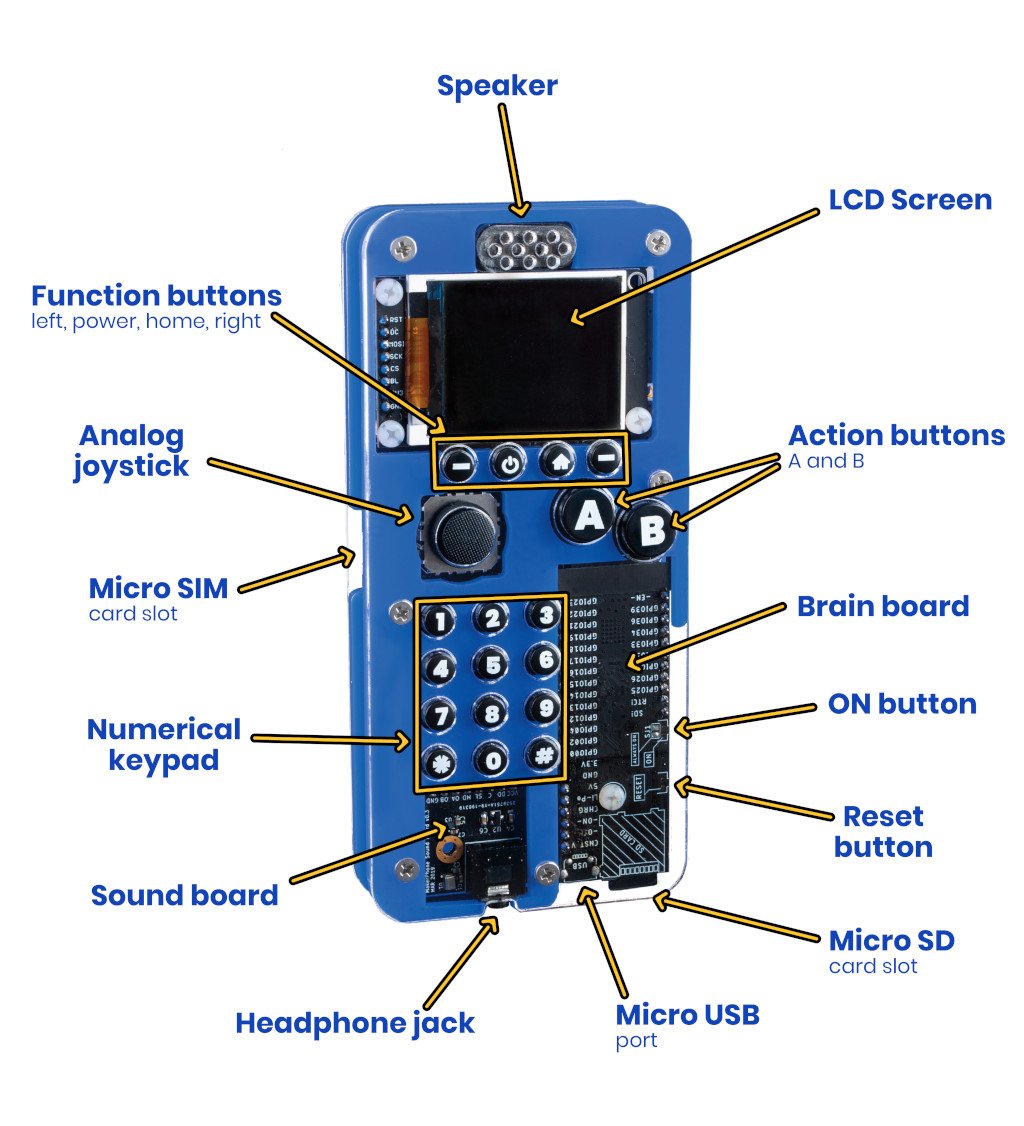 Sure, you could get a used smartphone at that price with much better specs, twice as thin and with a stronger build, but that’s not the point of the Ringo. The satisfaction that the Ringo offers in its building process (which can take up to 5 hours by following CircuitMess’ easy guide) is unprecedented; can you say you've built your own iPhone or Samsung phone? In fact, I would drool over this phone some 15 years ago and today it’s a cool show-off and a potential look at the phones featured in Cyberpunk 2077. Ok, I’m trying to give the phone some credit here, but you'll undeniably have extra bragging rights with cherry on top. I mean, it even has a dedicated joystick to navigate the menu and, of course, play games! Like it or not, the CircuitMess Ringo has a unique look which will surely get some heads turned in your direction while in use.  It even has the elusive headphone jack, upgradeable storage through a microSD slot and very retro-styled clicky buttons. One hiccup is that it uses a micro SIM instead of the now-standard nano SIM, so you'll want to get an adapter for that. In any case, hipsters will rejoice! 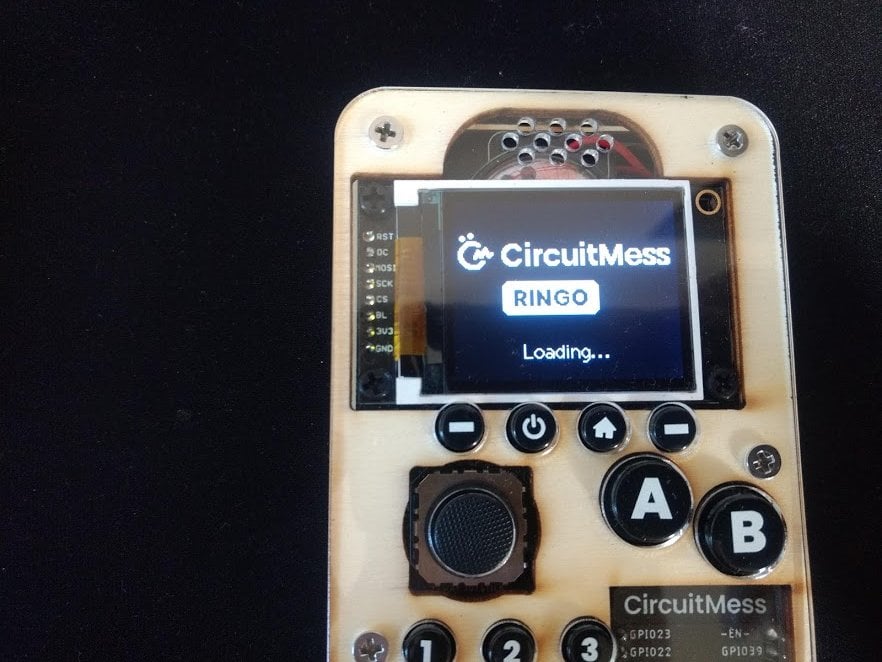 On a more serious note, it’s a truly fun and educational process, getting to know the innards of a phone and linking it all together to finally have a fully functional phone. Circuitmess recommends it to ages 11 and up, with the help of an adult when appropriate and it can definitely get old and young alike into the world of DIY and electronics. During my DIY time, I learnt a lot I didn't know and took for granted about phones like the multitude of parts required from a Network board to a sound board, where they go and what they do to have a fully-functional phone. The beauty of the Ringo, just like the MAKERbuino, is that the adventure does not stop once you’re done building it. Sure, you can call and text your Mum and even play the games loaded on the included microSD card (there's Snake, Pong, Space Invaders and Asteroids for the time being) but CircuitMess wants you to get creative as their latest product is fully customizable from the software to the hardware.

Indeed, this DIY phone is based on Arduino-compatible ESP32 microcontroller supporting lots of hardware expansion modules and can be programmed in Arduino IDE to create your very own apps and games! The CircuitMess people have even made CircuitBlocks, a graphical programming interface akin to Scratch, to help you get right into the development process.

Thanks to the Ringo’s open source nature, you can further do the following:

You can even 3D print casings (if you want one that's less dust-prone and protects the sides better), buttons and what not to personalize your Ringo and share with the growing community. Currently, it feels like the community is still small but that’s to be expected as the kit has just started to ship out but I expect the number of makers to grow, and in the process, grow the Ringo’s ecosystem with more apps, games and hardware kits. For now, the low number of active users limit the device’s possibilities but that should change, considering how the MAKERbuino grew in content and community over time.

If you’re still on the fence about this device, you could even consider using it as your detox phone. It can’t connect to the internet but can carry games, music and supports SMS and calls, so you can keep connected without the distractions of a smartphone. Nevertheless, the Ringo is still a cool concept and I look forward to seeing how its community shapes its future. 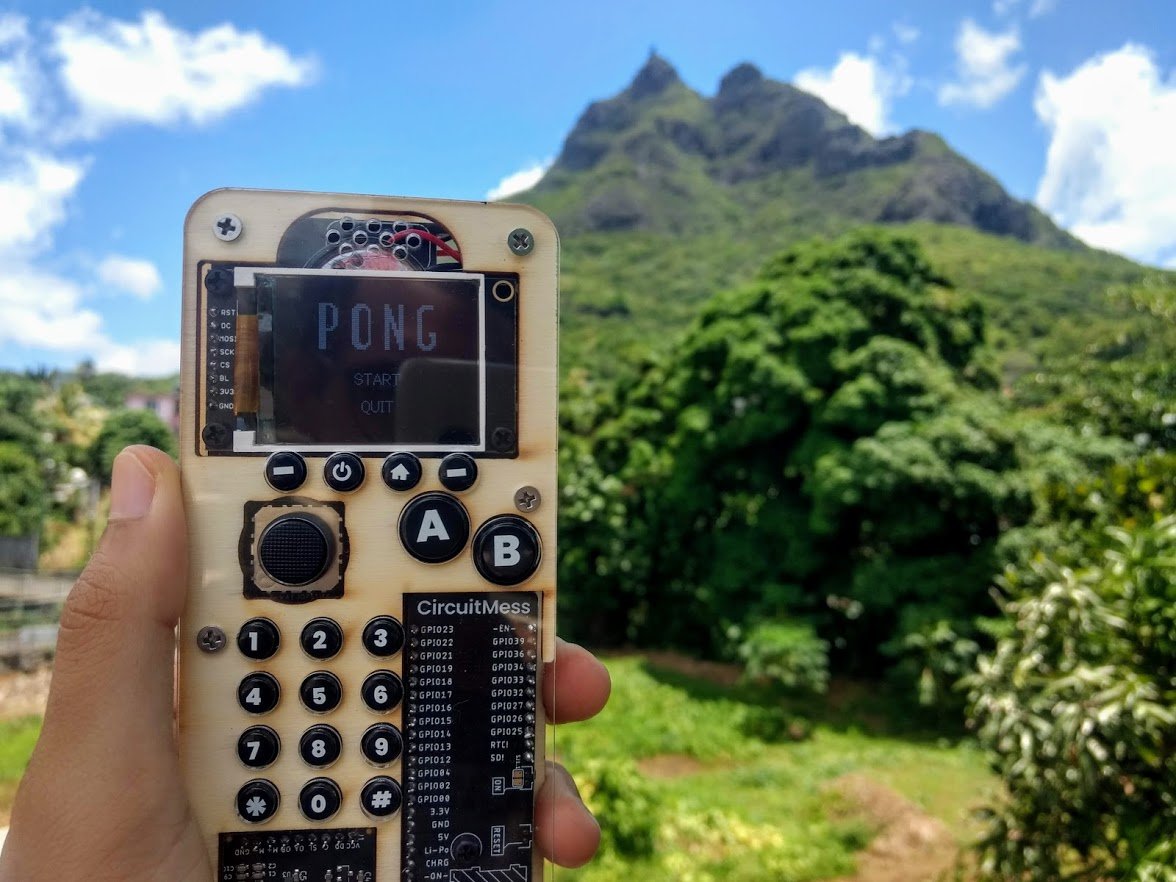 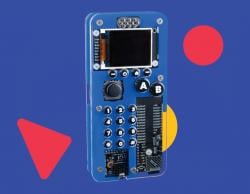