Yes, it's another pixel art game, but there are a number of reasons why I think this one is definitely worth your time.
Children of Morta is a story-driven roguelite ARPG. How will this unique mix of genres hold up to scrutiny?

Children of Morta follows the story of one family's struggle against the corruption encroaching upon their land. You'll choose your character from the current generation of the Bergsons, who have a long history of producing exceptional fighters and adventurers, and join in that struggle.

First impressions are important, and from the outside looking in - in certain screenshots and trailers - Children of Morta wasn't all that visually appealing to me. Scenes looked somewhat static and drab, with seemingly limited color palettes. Thankfully this was an illusion which was quickly dispelled upon witnessing the game's very first cut-scene, and the further I progressed, the more each scene continued to amaze. It's truly gorgeous in motion, an aesthetic which breathes life into nearly every pixel on screen. Environmental design is deliberate and well-engineered so as to not draw the eye away too much from the player character or enemies.

The sound design is equally inspired. While each of the game's playable characters is limited to truncated sounds such as grunts and groans, the voice work done in narration is top-notch, which is good since there's a whole lot of it, chronicling every major and minor part of your adventures. Each of the game's enemies are easy to distinguish from one another, both visually and audibly. Rather than going for an overt or bombastic soundtrack which tries to steal the show, the music is more of the atmospheric, mood-setting variety. I'd liken it very closely to that of the first two Diablo games, which set a decently high bar.

While the premise of the game's overarching story does read as fairly generic in the beginning, it didn't take long before I found myself drawn in to the trials and tribulations, the successes and sacrifices of the Bergsons. Children of Morta has a sneaky way of slowly getting you attached to every member of the family, and despite the fantasy setting of the game, it presents a number of highly relatable scenarios throughout. I did not expect an ARPG to be the type of game which would tug at my heart-strings, but it does that effectively, and multiple times none the less. Though the three act structure is fairly linear, there are plenty of surprises and short cutscenes which appear between runs to aid in story pacing and character development. The clever and unpredictable writing extends beyond the main story even into side quests. 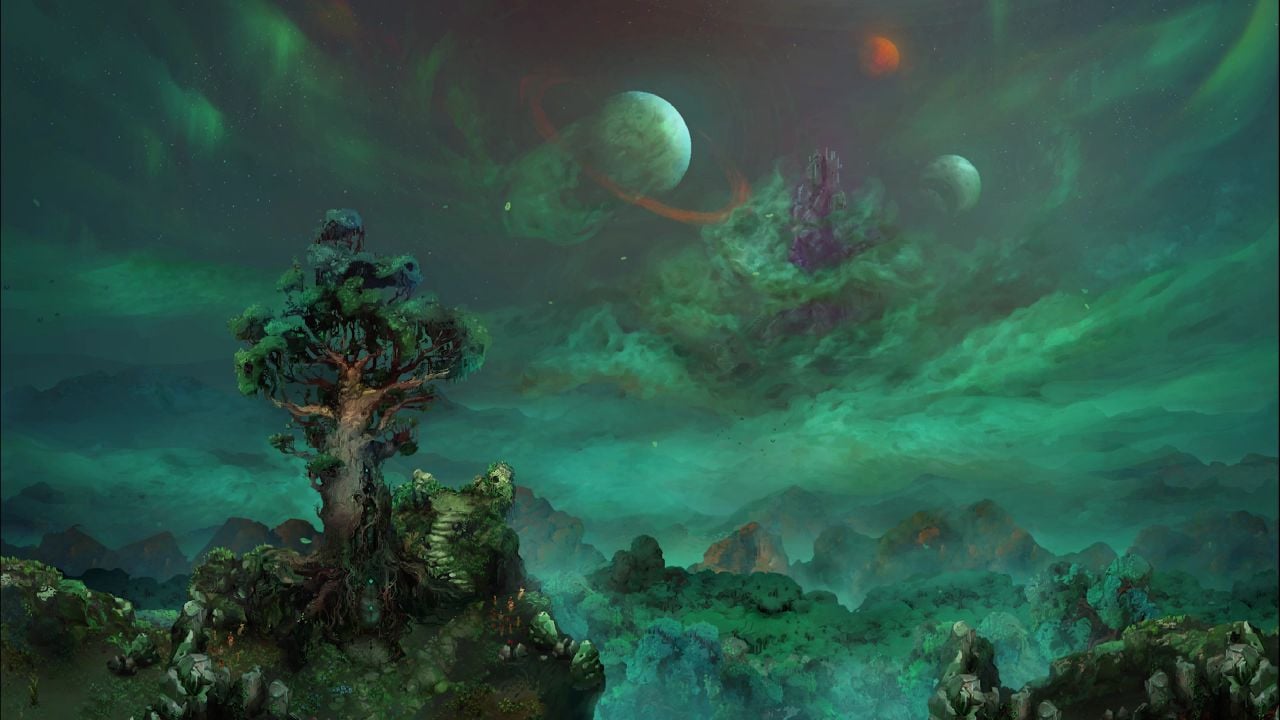 Children of Morta is rooted primarily in action-RPG gameplay, but in a genre which you might be accustomed to a heavy dose of praying to the RNG gods for the best gear to drop, here the rate at which you progress depends entirely on your own skill level. There is no equippable gear available to you, at least not in the traditional sense, though each run through an area will yield randomized Divine Graces, Divine Relics, Charms, Obelisks, and Runes. Divine Graces are items which grant passive bonuses to your character, such as a chance to stun or ignite enemies when damaging them, or even floating companions which will assist with dispatching enemies. Divine Relics are activated items with cooldowns similar to other character skills, their effects ranging from summoning totems to powerful AoE attacks. Charms are consumable items, the effects of which can be instant, last a set period of time, or sometimes last the entire run. Obelisks are similar to shrines in Diablo games, granting temporary effects such as increased experience gain or increased movement speed. Lastly, Runes are items which augment the power or utility of each character's abilities; they deplete more and more as you continue to activate the skill they're assigned to.

None of the above will carry over with you from area to area, regardless of whether you succeed or fail and have to restart your run. There are a number of ways in which progress does carry over, however. Each of the six playable family members has their own skill tree to climb, improving their basic attacks or one of three combat abilities in a variety of ways. As you level up and invest points in these trees, you'll additionally unlock global traits which provide benefits to the entire family rather than a single character. These can range from increased max health or critical strike damage to shared ability runes. You'll also retain any Morv (gold) you gain on each run, allowing you to invest in combat upgrades from Uncle Ben's workshop, or upgrades to the effectiveness of found items through Grandma Margaret's Book of Rea.

Each of the the six family members represents a different RPG archetype, offering a variety of play styles. The patriarch of the family, John, is your tanky warrior-type who can reduce damage taken by enemies with his shield. His eldest daughter Linda is a ranged archer who can strafe while attacking for as long as her stamina holds up. The eldest son, Mark, is a monk-type melee fighter with the ability to either pull enemies toward him or knock them away. The younger daughter Lucy, my favorite playable character, is a powerful fire-spewing mage with some crowd control abilities. The younger son Kevin is a knife-wielding, fast attacking rogue-type character with the ability to build himself into a frenzy or become invisible temporarily. Lastly, cousin Joey is a lumbering giant wielding a two-handed hammer who dishes out devastating sweeping attacks to whole groups of enemies all at once.

On combat itself, there are elements of both twin-stick shooters and Soulsborne games to be found here. Basic attacks can be executed one button tap at a time, but you can also hold the button to continuously attack, or even more effective with swarms of enemies is holding the right stick to attack in a certain direction without being forced to move in the same direction. The difficulty is balanced as such that memorizing enemies' attack patterns and timing dodges between your own attacks/abilities is paramount to success, and the number of dodges you can perform consecutively depends on which family member you're playing as. Besides a myriad of bosses and mini-bosses, you'll occasionally encounter "elite" and/or "unique" varieties of basic enemies which create high risk-high reward predicaments. Health potions do (rarely) drop from enemies, and your HP will regenerate up to a point (about 1/5th). All in all, the game is fair but unforgiving. Going from area to area, I'd represent the difficulty on a graph in more of a staircase pattern rather than a curve. 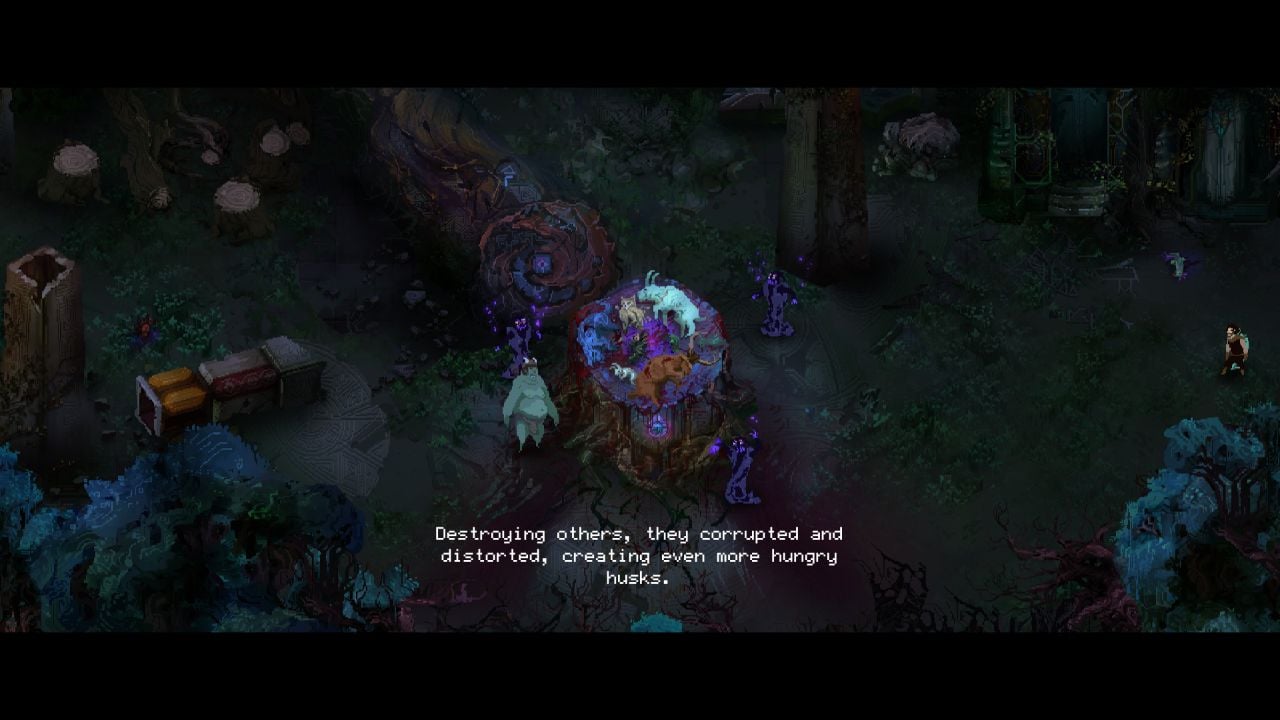 An excellent blend of engrossing storytelling and challenging gameplay, there are very few legitimate criticisms I have to levy at Children of Morta. I'd estimate time to completion at somewhere between 20 and 25 hours, so it feels a little short, but that's likely due to how much I enjoyed my time with the game. There's not a whole lot here in terms of replayability either, unless you're looking to see every possible side-quest and pick up every single achievement. I did run into one or two minor bugs, but I was unable to replicate them, and the game has since received a patch which seems to have eliminated them. Truly Children of Morta is one of the biggest and most pleasant surprises of 2019, so do yourself a favor and check it out on your platform of choice. It's out now on Steam, PS4, and Xbox One, coming November 20th to Nintendo Switch. 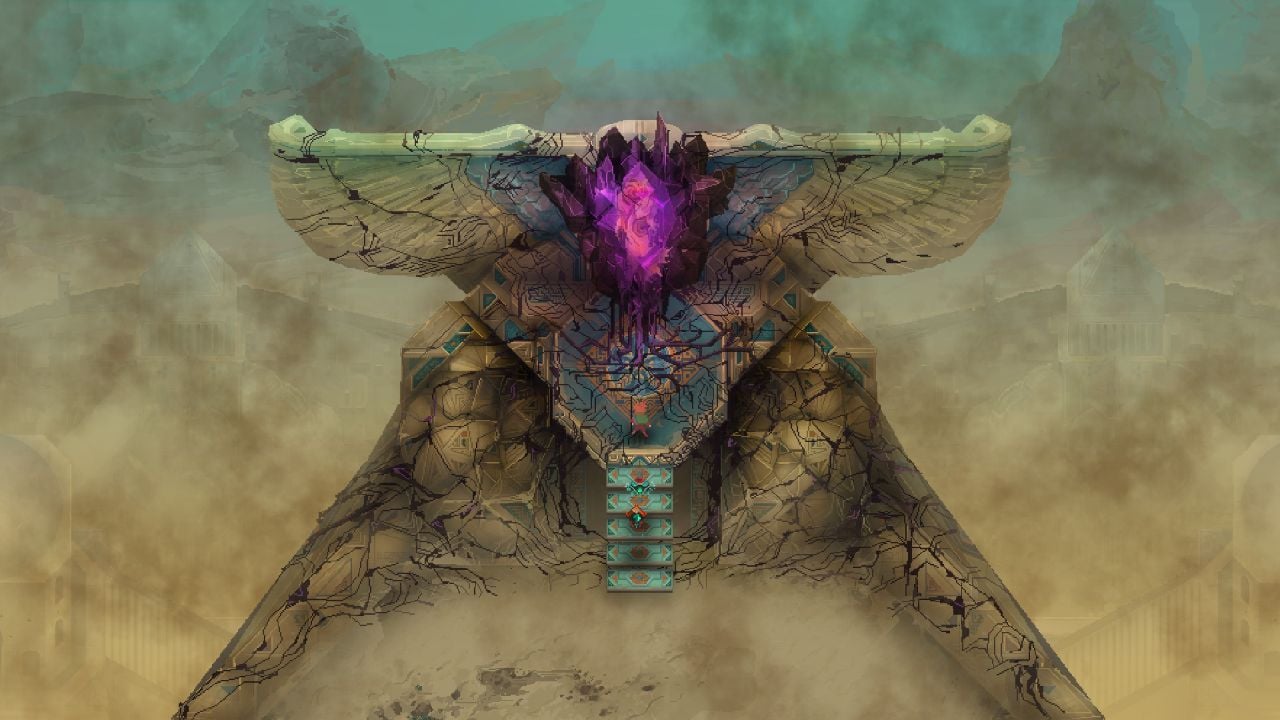