The Brook Power Bay Ethernet Switch Dock tries to add a few wanted features to the standard Switch dock to eliminate excessive use of extra add-ons. Is it able to do that while still nailing the basics of what the official dock does?

As much as I love my Switch, the barebones nature of the dock makes it a necessity to accessorize sometimes. I use it a lot for local multiplayer, and since GameCube controllers are the best and cheapest option, I need a GameCube controller adapter. I like to play online and want a stable connection, so I need a USB Ethernet adapter to make up for the Switch’s lack of a built-in port. What should be a simple, elegant machine ends up looking like some kind of dismembered octopus living under my TV, with various wires and boxes sprawling out of it in every direction. The Brook Power Bay Ethernet Dock looks to consolidate a lot of these accessories into the dock itself to reduce on clutter. 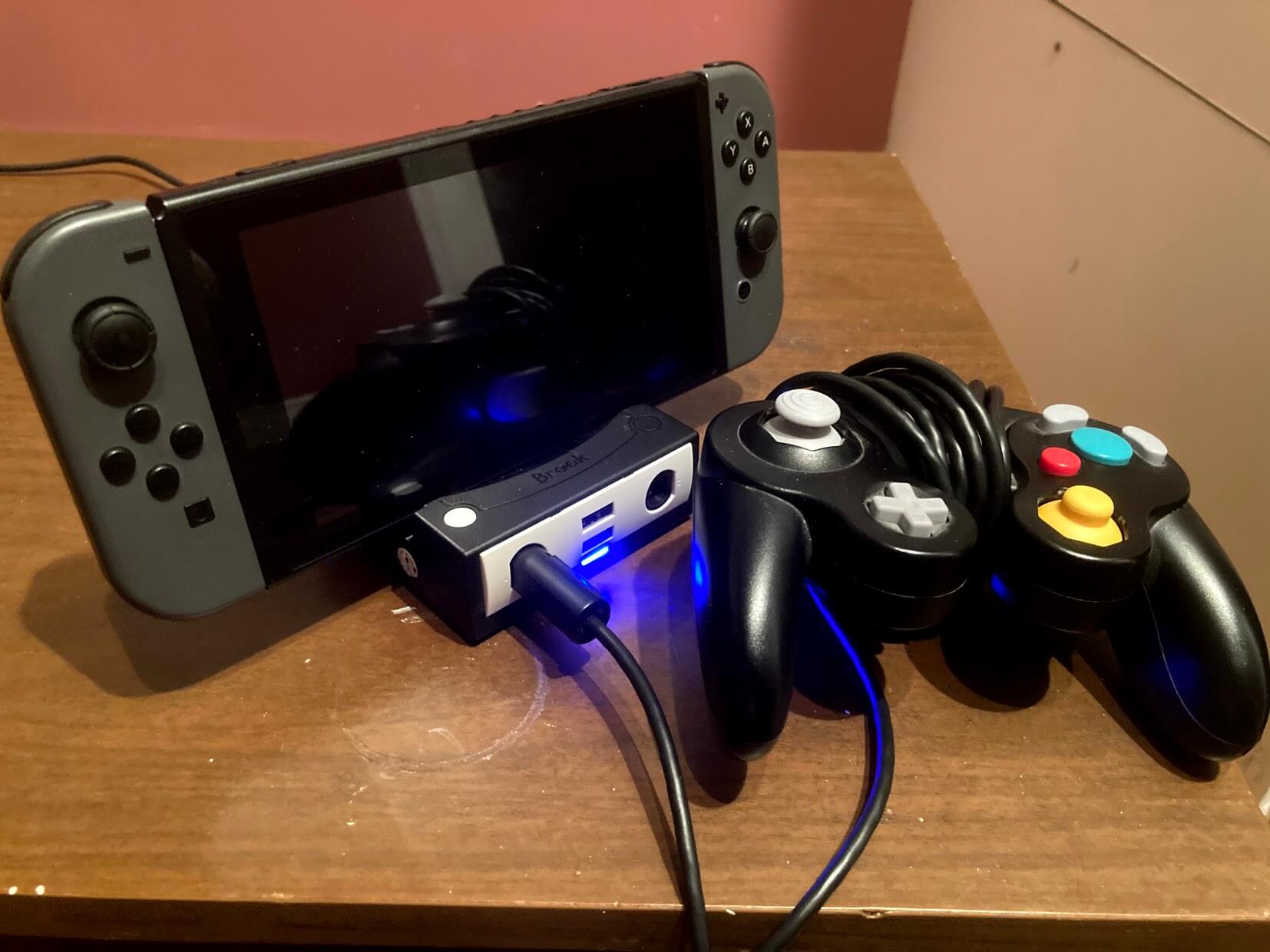 The Brook Power Bay has been around for a few years, but the big addition to the 2021 model is the Ethernet port on the back. The Switch, for some reason, doesn’t seem to get very high download speeds through a hardwired connection; this is something I’ve noticed both in my own experience and from common complaints online. The Ethernet port here delivers speeds commensurate with what I was getting with my USB Ethernet adapter, but don’t expect lightning-fast down speeds. A wired connection does provide a more stable connection, however, so if you’re playing online and want to make sure nothing will interrupt, this may be worth the investment.

The most notable inclusion is the two GameCube controller ports installed on the front. It's a little disappointing that it's only two instead of four, but it's still very handy for one-on-one fights in Smash, or it can be easily rounded out to four with some Joy-con or a Pro Controller. Having played a lot of Super Smash Bros. Ultimate on the Brook Power Bay, I can confidently say there's no noticeable latency or lag. It works as conveniently and smoothly as the official GameCube controller adapter, but with less mess.

There is one issue with using GameCube controllers on the Switch in general, however: the lack of a home button. It's not a huge deal, but it is annoying to have to yank the Switch out of its dock to hit the home button and then slide it back in. The Brook Power Bay addresses this in two ways, one convoluted and one very simple. The convoluted way is to press a button on the dock that resets the controller and makes the Switch detect it as a Pro Controller, with the start button acting as the home button. It's a pretty neat trick, but then it leaves you without a start button, which introduces even more issues. There's a little chart in the user manual that tells you what each button on the GameCube controller corresponds to when it's being detected as a Pro Controller, but at that point the solution is far more of a pain than the problem ever was. The simple solution is that, since the Brook Power Bay leaves your Switch totally exposed, you can just hit the home button on a Joy-con attached to the system. 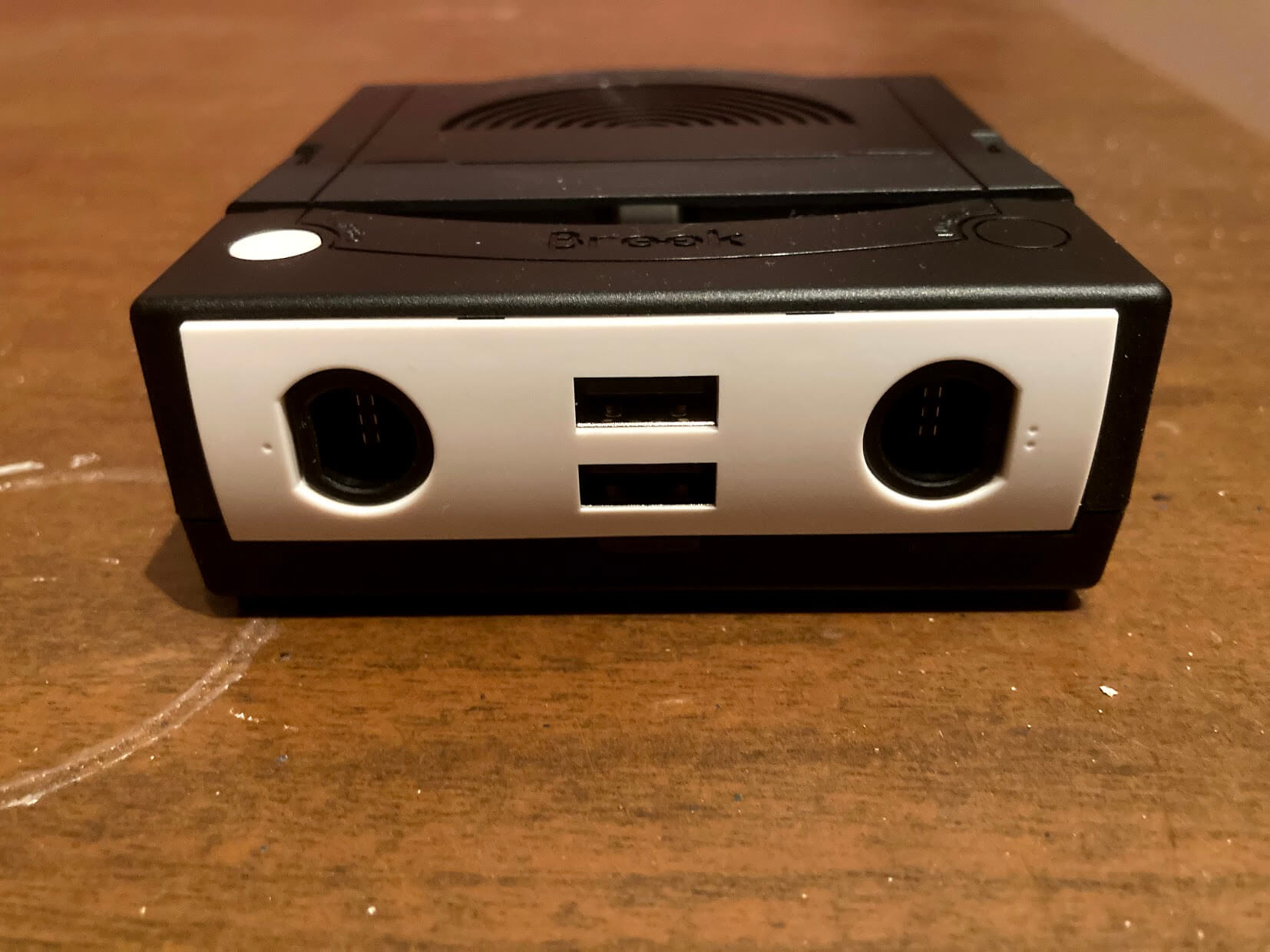 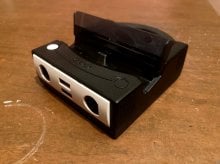 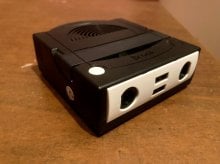 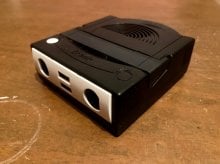 That exposure might be a sticking point for some, however. Your Switch is certainly more prone to damage than it would be in a regular dock, and it doesn’t come in and out as easily. There’s a very deliberate process to line up the USB-C plug with the port on the Switch, and it sometimes feels a little tight when you’re removing it. That tightness might give some people pause for thought, as it can feel a little like it’ll damage the port, but I can say I haven’t had any damage to mine so far. If your Switch ever does end up damaged in any way by the Brook Power Bay, Brook advertises on its website a replacement program for damaged Switches. Since some third-party docks have caused Switches to brick in the past, Brook is confident enough in the safety of their product that they have pledged to repair any broken Switches, or repay the cost if the damage cannot be fixed. It's worth pointing out that the Brook Power Bay doesn't come with an A/C adapter so that people are more likely to use the official Nintendo one, and redirect some culpability away from Brook. (It's also worth mentioning that they won't honour this policy if you're running any kind of custom firmware.) Unfortunately, my Switch never broke during my time with the Brook Power Bay, so I can’t personally vouch for their repair program, but if you'd like to read about it, you can find the information at the bottom of this page.

Other than these added features, the Power Bay functions basically like a regular Switch dock. The HDMI out was stable and never caused any issues. There’s still two USB ports if you have other accessories you need to plug in. It’s advertised as a fast-charging dock, but I found it took roughly three and a half hours for it to get my completely dead Switch back to 100%—pretty much the same as an official dock. That’s all fine though. There’s no need to reinvent the wheel here; the Switch dock is great on its own and the additional features here make this a worthy purchase. If you're interested, you can grab one via pre-order on the official site. 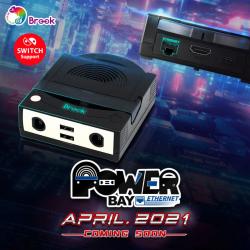