Coming from indie devs Awe Interactive is 'BPM: Bullets Per Minute', an innovative game that mashes the FPS, rhythm and roguelike genres together. How well does it play out?

On their website,  Awe Interactive describes their game BPM: Bullets Per Minute as a “first person rhythm action rogue-like” game but elsewhere I’ve heard it being compared to “DOOM meets Dance Dance Revolution”. The latter comparison gives a gist of its gameplay: rip and tear in rhythm.

You play as a Valkyrie who must fend off demonic creatures who want to take over the world of Asgard. There’s not much to the story itself with most of the what, why and how left out. That’s mostly because the focus is on the gameplay. You and the waves of demons that come at you are engaged in a sort of choreographed dance. The enemies charge at you with a rhythmic sequence of attacks and you must defend with actions of your own (shoot, evade, reload) to the beat of the addictive background rock opera soundtrack. The beats are represented on the sides of the crosshair to indicate when you should hit the fire or reload key. If you time your shot or reload out of sync, then your gun jams or you can’t reload. There’s an “Auto Rhythm” toggle that makes things a little forgiving if you can’t get the rhythm right.

However, it didn’t take me long to realize that BPM is not an easy game; not even on "Easy mode". Pairing your attacks to the beat isn’t immediately intuitive but you’ll have to get a hold of the mechanic fast if you want to maximise your chances of success. Successive in-sync shots increase your damage multiplier while jamming or reloading your gun while out of sync results in instantaneous death given that you are almost always outnumbered by blood-thirsty demons.

If you’re KO-ed, you’ll have to restart the level without the perks you’ve acquired that could ease further progress in this already challenging game. This rather unforgiving aspect makes it quite painstaking and often frustrating to progress through dungeons with the learning curve that this rhythm shooter entails. Additionally, since it’s also a roguelike, the rooms of the dungeons you progress through aren’t the same every time you respawn, so you can’t rely on getting familiar with the levels but should rather focus on the controls. 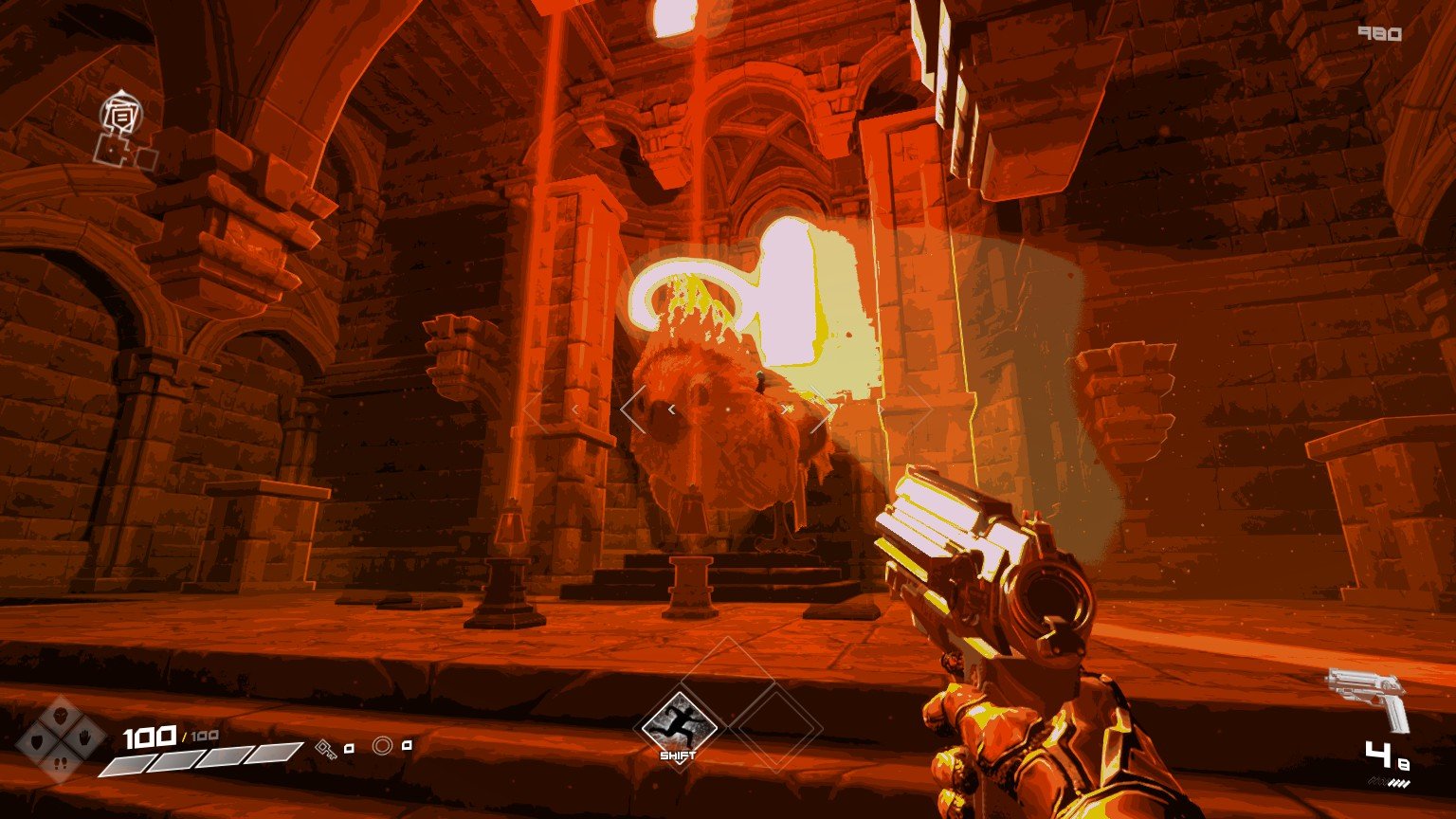 There are 7 such levels (and a final boss battle as the 8th level) where you progress by moving across the randomly generated rooms until you reach the dungeon’s boss and move to the next level. They are populated by quite a variety of enemies from bats to demonic arachnids with behaviors of their own and the same goes for the bosses whose unique movesets you will have to analyse in order to emerge victorious.

You’ll have a selection of upgrades to unlock and weapons to swap (swap because you can’t carry more than one weapon at a time) as you progress to buff up your stats so as to better tackle the demons. Among those upgrades are magical, secondary and ultimate abilities for your Valkyrie if you manage to find the keys to unlock the libraries that will allow you to learn them. But even then the game didn’t fail to remind me how much I’m bad at it as I’m far from being a masocore or competitive gamer. Awe Interactive does recommend to keep moving and strafing to better tackle enemies but the learning curve is exceptionally steep and the odds are against you at the beginning. Your starter gun can't shoot enemies from a certain distance and felt rather unfair as you have to  deal with hordes of monsters rampaging towards you like there's no tomorrow. However, as I started to get the hang of it, clearing dungeons felt truly satisfying but I knew that a misstep will bring me back to square one. 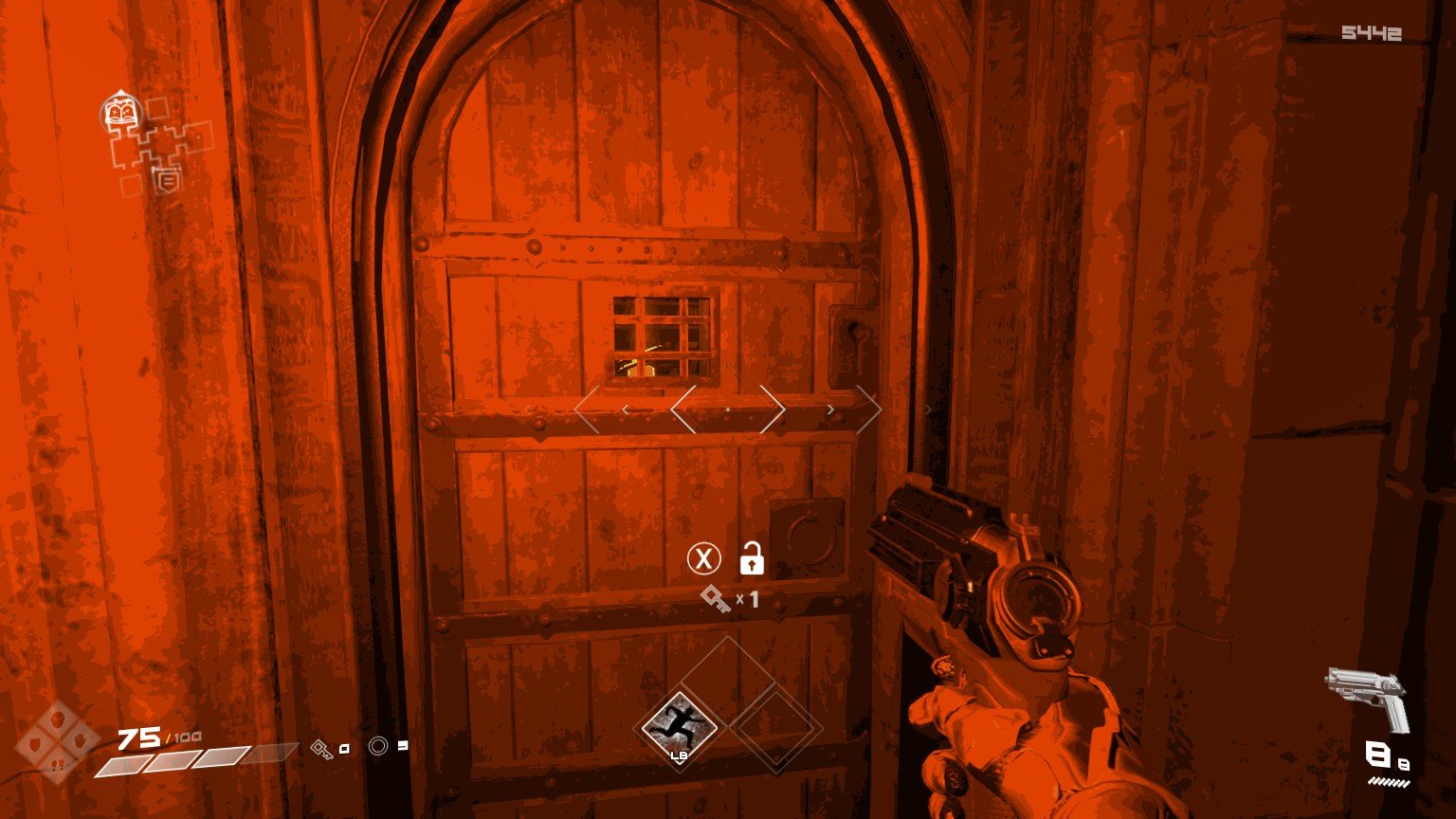 As for the aesthetics of the game, it feels more of the same, especially with the orange/red/yellow filter that permeates throughout. While this color scheme could add to the gritty, hardcore feel that the game wants to convey, it’s not easy on the eyes. The soundtracks do get a bit repetitive, especially when you respawn (and you will, a lot) but I found them to be original and adrenaline-inducing enough to appreciate them on loop. 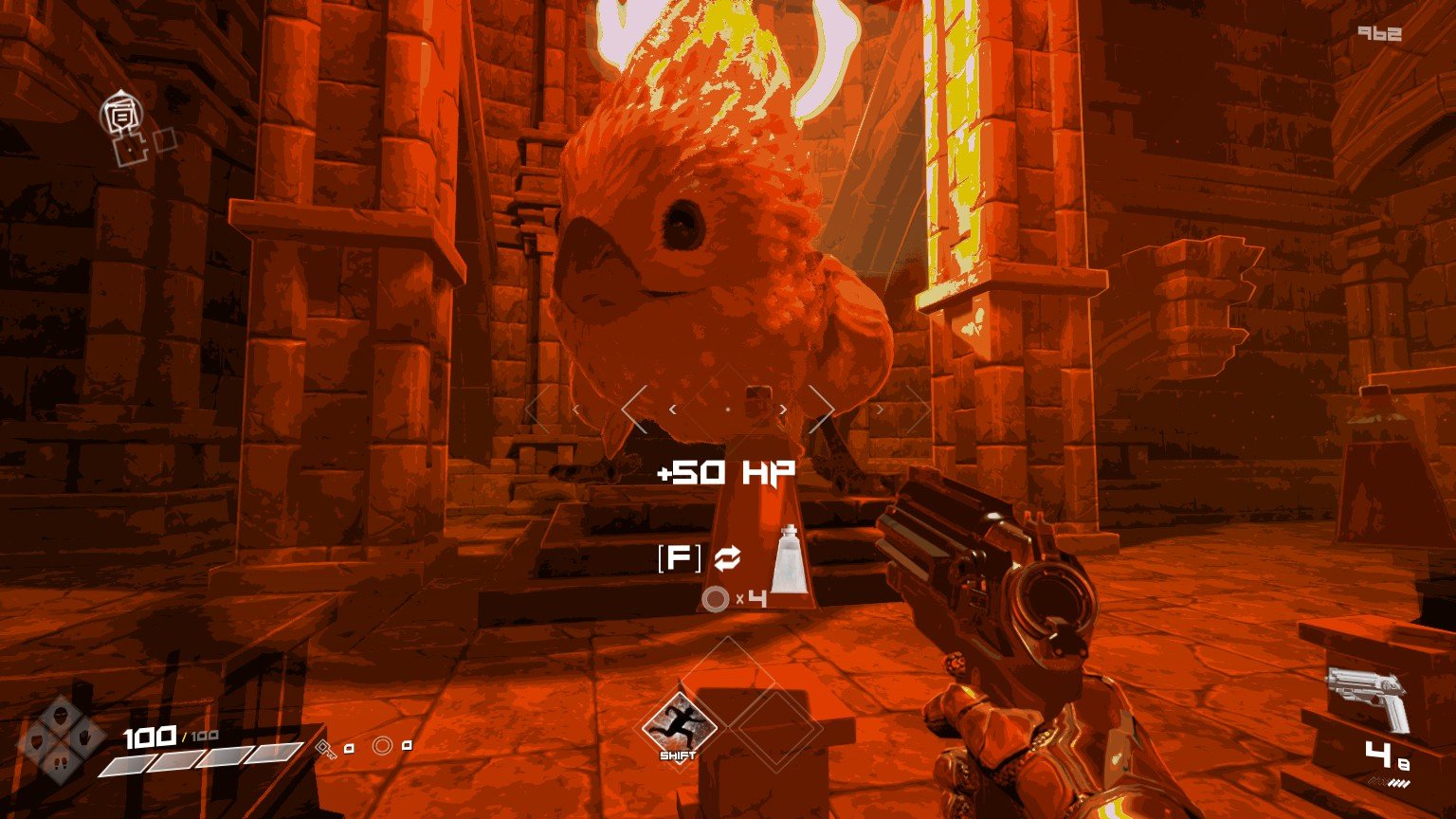 Despite being a fast-paced, frenetic and challenging game, BPM is also a game about patience as I had to learn to be patient and get a hold of the controls, rhythm-shooting and the fact that I will die a lot. I did appreciate the fresh concept it brings to the genre but its unforgiving nature and steep learning curve didn’t help draw me back to the game. Nevertheless, I can see the appeal for those looking for a real challenge and BPM: Bullets Per Minute offers that with the bonus of a fresh gameplay mechanic; so it's really a love-i-or-hate-it affair but I wished it was more approachable to a wider audience by being more forgiving and less frustrating so that more gamers could appreciate the unique game that BPM: Bullets Per Minute is.