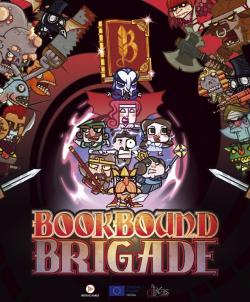 Playing a game from a genre that you know too well, while being part of an experiment in game mechanics. Bookbound Brigade is an interesting game design experiment even if flawed at times.
It is time for a Metroidvania game with a twist. How does this gameplay experiment play out? Read on to find out!

​
The Book of Books has been taken and it is up to you to recover it and its missing pages. With that simple and straightforward premise, I began an exploring adventure with a twist on its gameplay. Bookbound Brigade is a Metroidvania-style game mixed with the elements of a challenging platformer. The game attempts to differentiate itself from a saturated genre by attempting to mix things up by letting you play with a group of heroes that are joined at the hip for some reason. The result is an interesting experiment in gameplay that has a few hits and misses along the way. 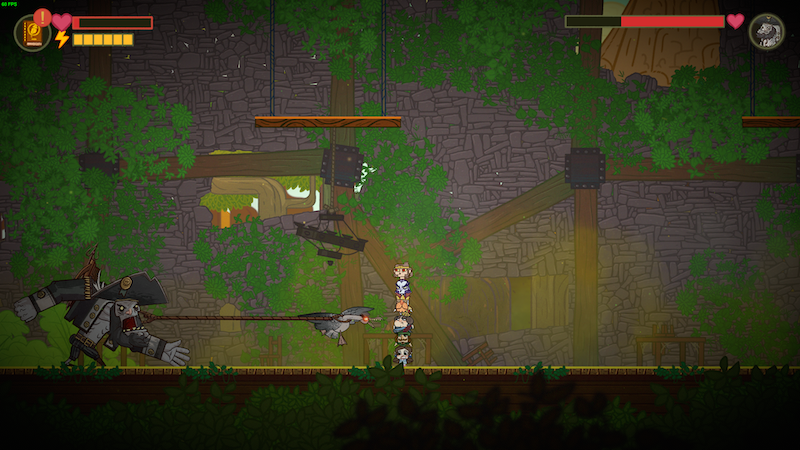 6 vs. 1...sounds fair to me.
​
Although a Metroidvania-style game in terms of exploration, the platforming aspect is front and center. The game also provides a twist as you are basically a morphing hitbox that can be used to avoid death spikes in tight spaces or to gain an advantage in combat. Falling off a pit will not lead you to explore a new area but it will punish your HP as you are returned to the beginning of an obstacle course in order to give you another chance to clear it again. As you explore new areas in the game your team gains power-ups that teaches them new tricks. Your characters learn abilities that help clearing and exploring new areas. 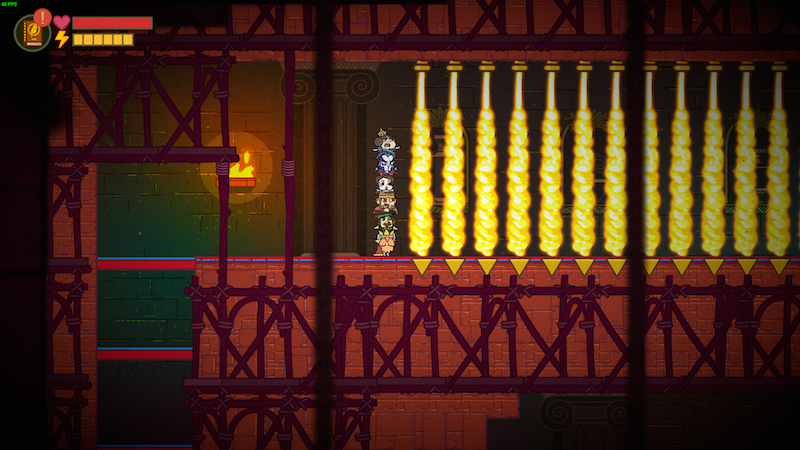 Timing is key to getting past through certain areas.
​
Unfortunately the biggest problem with this game is making it through the opening hours of its campaign. The first boss battle is a fairly dull affair. Combat is boring at the beginning as well. It does not help that the story is not anything to write home about either. Puzzles in the game can range from interesting to downright dull. In one particular puzzle I was deep in thought trying to clear my way out of a maze. In contrast, in an earlier puzzle, it just required me to hit 3 levers in a certain order in the same room. While most of its shortcomings happen early, this can cause a bad impression to the player. Which is a shame, since the game does get more interesting as it goes on. 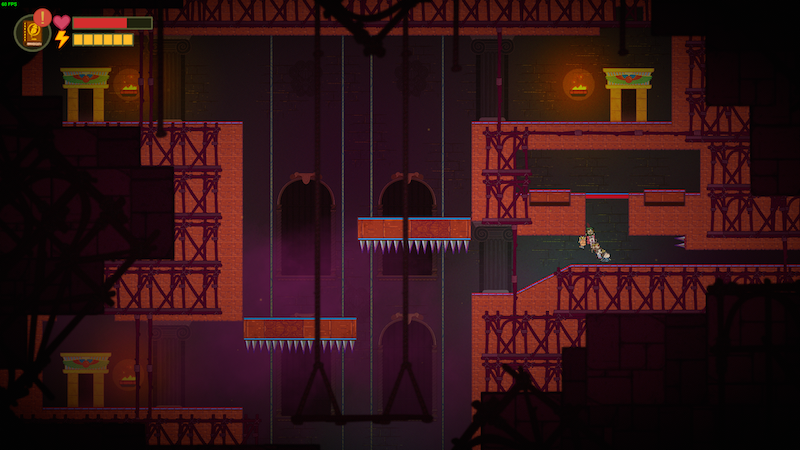 Falling on the pit caused my party to re-spawn stuck to a wall which forced me to do a reset.
​
The problems with this game do not end there either. During my playthrough I ran into a few session ending glitches in the game. This is a cardinal sin in a game that has fairly difficult sections. I was forced to lose nearly 20 minutes of progress in one instance and in another I had just been lucky enough to save the game prior. I also had an issue where somehow this game made my nvidia 1070 hit a 100% load for some reason on one of my computers. Since I do not know how isolated this technical issue is, I am not docking the game for it, but the glitches that can end a player's run during a session is a problem in itself. Hopefully the developer will fix these issues by the time the game releases. 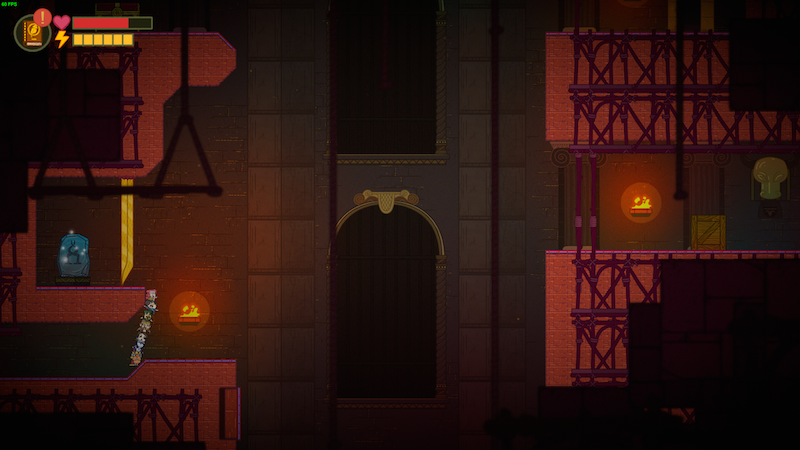 Another instance where my party got stuck and I had to reset the game to my last save point.
​
In conclusion, Bookbound Brigade is an interesting gameplay experiment with a few shortcomings. Unfortunately most of them take place during the opening hours of its campaign, which may turn away part of its target audience. At its best, its a great platformer with interesting mechanics going for it. At its worse, it features boring writing with dull puzzles thrown in. Players that stick around will find something rewarding in the later hours of the game, but patience will be required and in this genre, customers have a vast array of choices in what is a very competitive market.
Verdict
Stealphie and IncredulousP like this.
Like this review