Whether you want to to make your voice crisp and clear, or sound exactly like an Orc, this version of the Yeti X has you covered.

Out of all the gaming accessories that seem to hit the market at an astonishing rate, a special World of Warcraft microphone sounded like one of the weirdest. How exactly could you add gamer flair to a microphone, yet alone make it unique, outside of a color scheme? Leave it to Blue Microphones to have figured out exactly how, with the interesting, yet still very curious Yeti X World of Warcraft Edition.

Just about anyone who has ever looked up desktop microphones has heard of Blue Microphones, either through the budget Snowball, or the Yeti, forever popular with Twitch streamers around the world. With a fairly strong reign throughout the world of high-quality affordable microphones, the Yeti has always been the ideal, the one to beat, and now a new competitor has arrived to surpass it, ironically being just the familiar old Yeti, but refreshed and improved.

For those that already are aware of the original Yeti, the new Yeti X offers a handful of new features and changes. Aesthetically, the X is a little stockier, with a nicer overall design. The base is thicker, more solid, and textured now; the entire presentation makes it clear from visuals alone that this is the premium, pricier model. Since this is the World of Warcraft Edition, it sports a nice gunmetal and gold color scheme that looks subtle and classy, and the base features WoW runes printed onto it. While you won’t really see the back of the microphone when speaking into it, the World of Warcraft logo is painted on, in that same nice gold tone. Blue has absolutely nailed making a gaming accessory look cool, yet professional and sleek--it doesn’t have the aggressively garish appearance that most gaming hardware has. 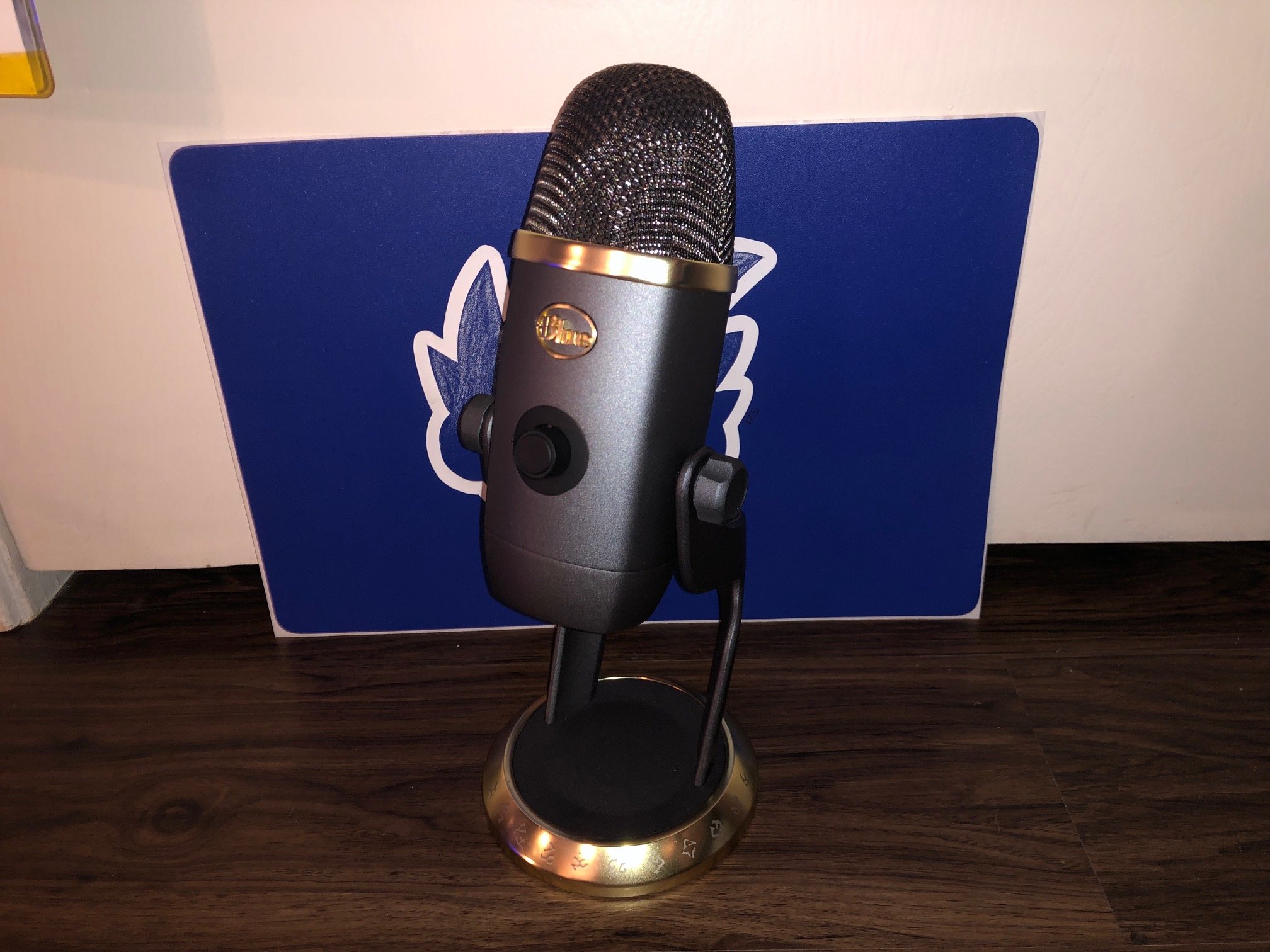 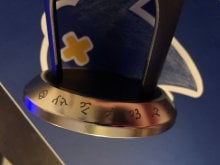 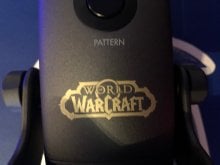 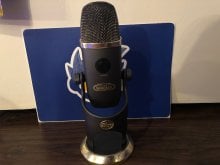 On the front of the mic is a volume knob along with a ring of LED lights, which let you track how loud your audio is. Those LEDs are also WoW runes--a lovely attention to detail. Turning the Yeti X around reveals a second button, used to quickly select between different its sound patterns: cardioid, omnidirectional, bidirectional, and stereo. Lastly, there’s two ports on the bottom; one is Micro-USB, meant to connect the mic to your PC, and a 3.5mm jack for connecting your headphones to.

In terms of raw audio quality--the most important factor--the Yeti X offers four 14mm condenser capsules (as opposed to the three that the original Yeti has) which can record at 24-bit 48kHz. As expected, anything you record through the microphone will sound utterly fantastic, whether it’s for podcasting, Twitch streaming, or just talking to friends online. There are few ways to get better audio quality for the price, short of looking into mics that utilize aux cables and professional sound gear. As always, the best way to judge the quality for yourself is to hear a recording, which is provided below.

Another detail this microphone boasts over both its predecessor and competitors is the Blue Vo!ce software, through Logitech G Hub. Opening the program reveals an almost daunting amount of things to customize, from equalizers to noise reduction. There’s a staggering variety of options on display, and it’s outstanding that you get this much control over your audio. Even more impressive are the effects presets, which add filters to your voice, such as AM/FM, which make you sound like an old-time radio host, or broadcaster, which really adds a layer of professional sounding tone to recordings. There's 12 presets to play around with out of the box, with support for custom ones that you can create as well. 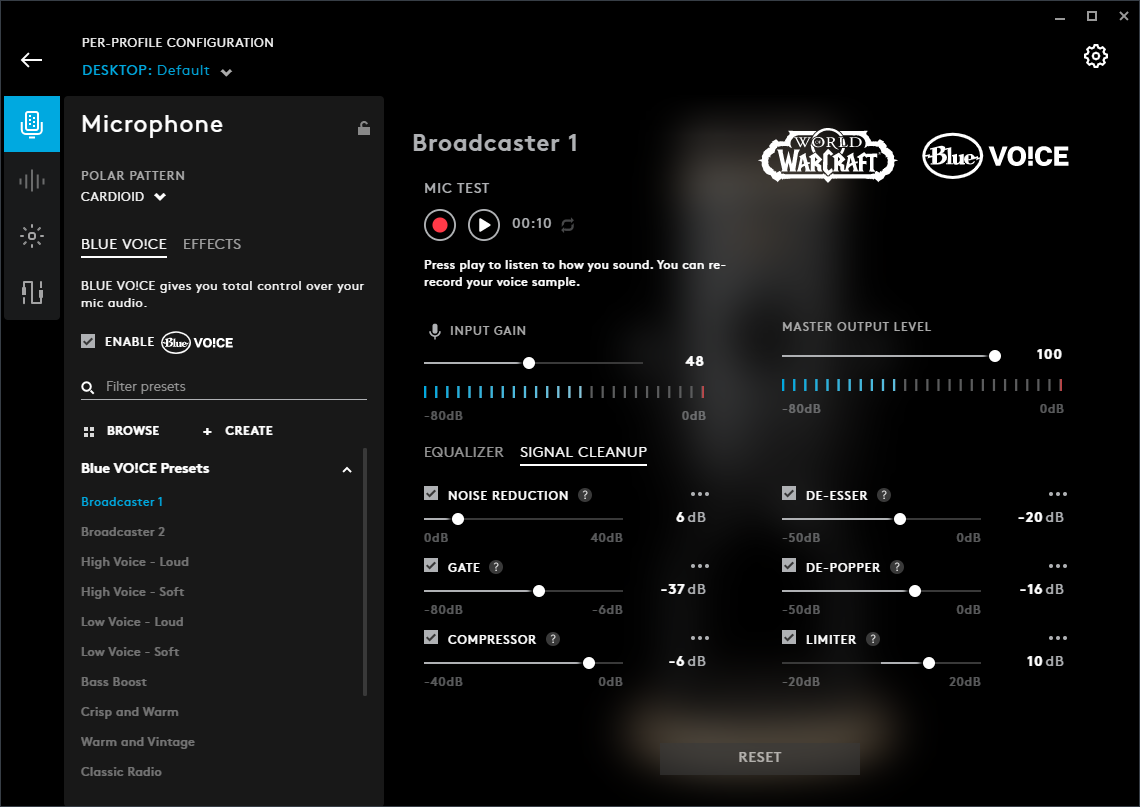 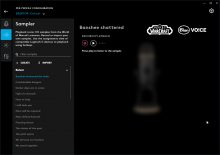 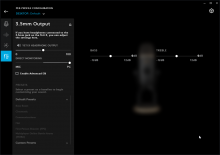 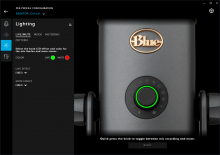 Now, the main draw to the WoW Yeti X isn't just a nice paint job; the microphone comes with a handful of voice modulation effects that make you sound like the various creatures from the games. With a single click, you can make yourself sound like an Orc, a Demon, or as if you're standing within the Cathedral of Light. These effects might not be enough to warrant the extra $30 this version of the Yeti X commands over the standard, but the voice options are fun, and they really do sound spot-on. Streamers could likely make the most of these effects, to great amusement.

The Yeti X is absolutely one of the best USB desktop microphones out there. Of course, such quality is reflected in its rather high price point of $199.99. You're paying around $30 more for the added WoW factor here, which might not make it as an attractive a price as the standard Yeti X, which comes in at $169.99. If you do decide to spring for it, you'll get a reliable and high-quality microphone that'll suit just about every need you could ask for it.