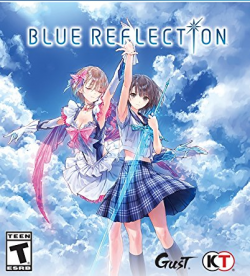 Gust's latest RPG will have you reflecting on its beauty, and waifus. Chihiro best girl all day, every day

A Bright Reflection (Story)
Blue Reflection is a young girl's expansive journey through both her emotions, and the feelings of others. Hinako Shirai suffered a terrible knee injury that left her unable to ever do ballet again, causing her to lose her self imposed purpose in the world. However only minutes after entering Hoshinomiya Girls' Highschool, she’s whisked away to a bizarre, yet beautiful world known as 'The Common'. She's promptly attacked by a demon, before being offered a choice by two voices in her head; to become a Reflector and gain the ability to defend herself. With so few options, she accepts. Thus begins the journey of Hinako, Yuzu and Lime. Three Reflectors tasked with stabilizing rampant emotions in The Common, and defending the real world from the Sephirot.

​
The story of Blue Reflection starts out a tad slow, which I suppose is to be expected for a pretty slice-of-life heavy game. Though right away you have the protagonist, Hinako Shirai, becoming a magical girl, known as a Reflector in this universe. From there the story progressively delves deeper into the theme of emotions, and friendship. It sounds pretty cheesy, and it kinda is. But the story is pretty cute. Hinako starts out a bit cold, and pretty terrible at making friends. But her injury and loss of self really allow her to sympathize with a lot of people struggling with their own realities. Her character is built from the ground up to be someone that grows and evolves with the story. She's written in a very honest, earnest way that makes her words, actions, and reactions feel very real.

Throughout the game, you gradually become friends with more and more girls, each of them with a unique personality. A nice thing is that you’ll actually learn a fair bit about them through various dialogues. They all have their own identity, and some really solid character art designs help that significantly. I quite enjoyed my interactions with the various girls. You won’t like 'em all, but I don't think that's the point anyway. They have such a diverse range of personalities, you have plenty of options to gravitate towards.
Oh and just so we’re all clear, the answer to the question “Who is the best waifu?” is Chihiro. 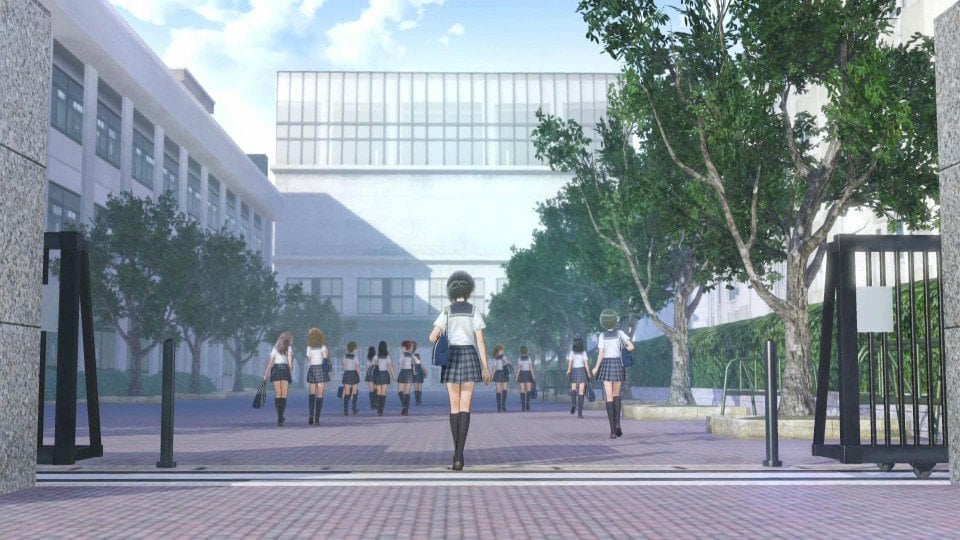 ​
While interactions within Hoshinomiya Girl’s Highschool are very important, a chunk of the game also takes place in 'The Common', which is essentially a realm that is the collective consciousness of everyone in the world. Strong emotions can go rampant in certain zones, such as the highschool, causing emotional fragments to appear and be attacked by demons. Reflectors fight to protect and stabilize these fragments by truly understanding the feelings that fragment represents. This is primarily how Hinako makes many of her friends. Again, it probably sounds a tad cheesy. But the writers really do a good job of allowing the scenes to unfold very naturally, and they land on being quaint more than anything.

The story oozes charm, and ramps up as you get further along. But it's not without some issues. It seems like the editor took some time off, leaving quite a few typos around the script. Typically, they're very minor mistakes and it's easy to understand the lines, but it looks and feels sloppy. The overall script is great, though. Despite the errors it still feels well-translated and localized. My only real nitpick is around Yuzuki and Lime. One typo that happens often is Lime being referred to by her Japanese name, Raimu. They're also referred to as the citrus sisters, which makes sense if you know Yuzuki is a citrus fruit in Japanese, and Raimu/Lime is well, obvious. Not really a big deal but hey, something I noticed. It's just a tad inconsistent. 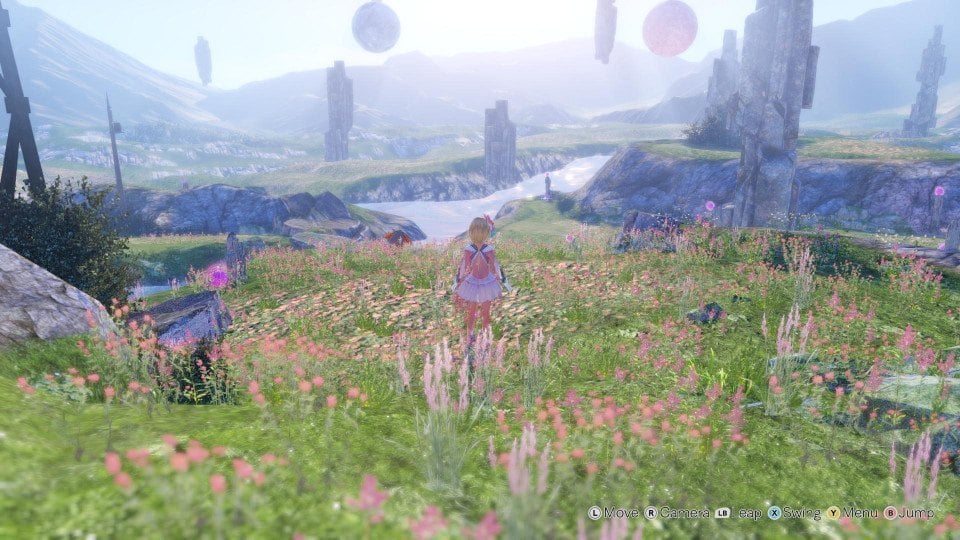 The four general areas of The Common representing different emotions​
A Brave Reflection (Gameplay)
At its core, Blue Reflection has a fairly traditional turn-based combat system, but does well to distinguish itself despite that. Characters act on a timeline using attacks with properties to exploit or be hindered by an enemy's strengths and weaknesses. Some stronger buffs and attacks are actually placed on the timeline, and trigger when it reaches their “turn”, which is pretty neat.


You won't be receiving any experience throughout your journey. Instead, as you progress or do certain quests, you gain growth points to invest into your character. There are four categories: Attack, Defense, Support, and Technic. Each will raise different attributes, as well as unlock different skills for each girl when certain thresholds are reached. This allows you to build each of the three girls how you'd like to. Though it is worth noting that the skill preview list seems to only show a small portion of skills, and it can be a little convoluted which category gives what. Hinako, whom I built primarily defensive, got some incredible heals, and Lime building primarily attack got my only resurrection skill for a long time. Despite that I still really enjoyed the system and for the most part my girls did fit the role I set them to fill. Regardless, it’s nice to have a level of control over how the characters grow.


A further level of customization can be found in the fragments of emotion you get from each girl. Each one can be slotted into skills, which have 1-3 slots, and grant it some sort of boon. Raising attack, adding a buff, giving conditional damage increases, chance to inflict ailments, even altering the skill. There are dozens upon dozens of these fragments and they really allow you to kit out your skills and make them work how you want them to. I love this system and had a lot of fun messing around with different combinations. It's a really solid way they meshed the social aspect with the combat aspect of the game, encouraging you to interact with your friends while you're hanging out in the school. The fragments can also be upgraded to increase their effect using crafting materials gained from battles or gathering points. 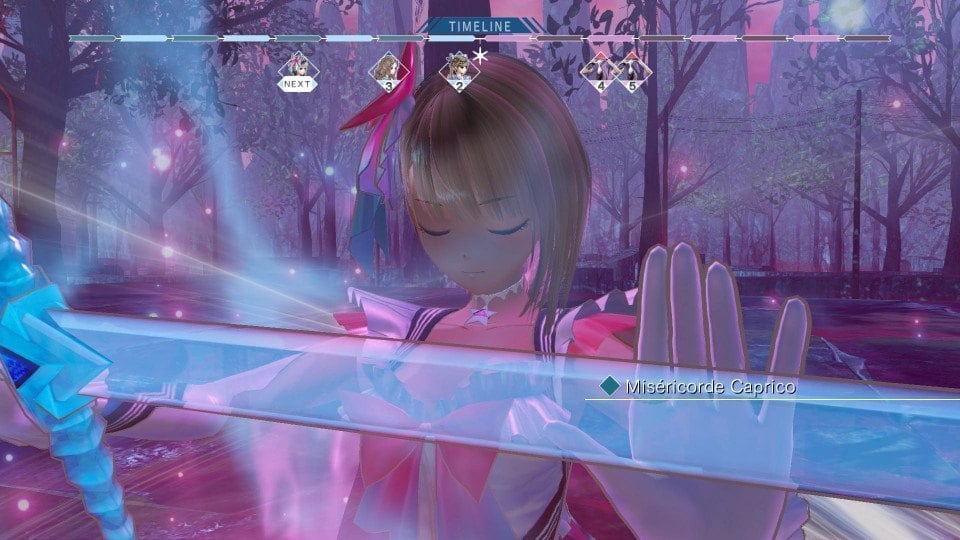 ​
Overall I found combat itself to be quite fun, and although it can be easy at times, the game does actually offer some difficulty later on if you aren't taking it seriously. I can still recall fighting a boss and just being wiped out in two turns as it barraged my team. Causing me to have to sit and watch a little scene of the boss blowing me off the face of the planet, before being booted to the main menu with a stunned, stupid look on my face. Boss battles themselves are done extremely well. They feel huge, and epic. Each girl you befriend is able to be assigned to a Reflector, up to 4 per, and each offers a unique ability to use in combat. Ranging from attacks, buffs and heals. But they can also be knocked out by the boss, causing them to temporarily retreat. It's a really cute system and it just makes the fight that much more intense, knowing it's not just the three Reflectors trying their hardest to defend the school.

Plus if the boss hurts Chihiro, its chances of living becomes 0.

Outside of The Common, most of your time will be spent reading chats with various characters, playing a silly little monster raising game, or finding hidden bears around the school seemingly for no other reason than that you can. You're also able to invite a friend to go home with after school, granting you an opportunity to build your bond as well as learn more about them. Probably one of the more noticeable downsides I found is that you have to do a certain amount of mundane quests to progress the story. Typically this involves helping lesser rampant girls around the school by going into The Common and picking up some sparkly loot spots, or by defeating specific monsters. It can become a little monotonous, though in the grand scheme of things they are fairly simple and easy to bang out of the way in minutes. It seems to get less egregious as the story progresses, and you seem to get more and more quests to push you way past the point totals you need to progress. 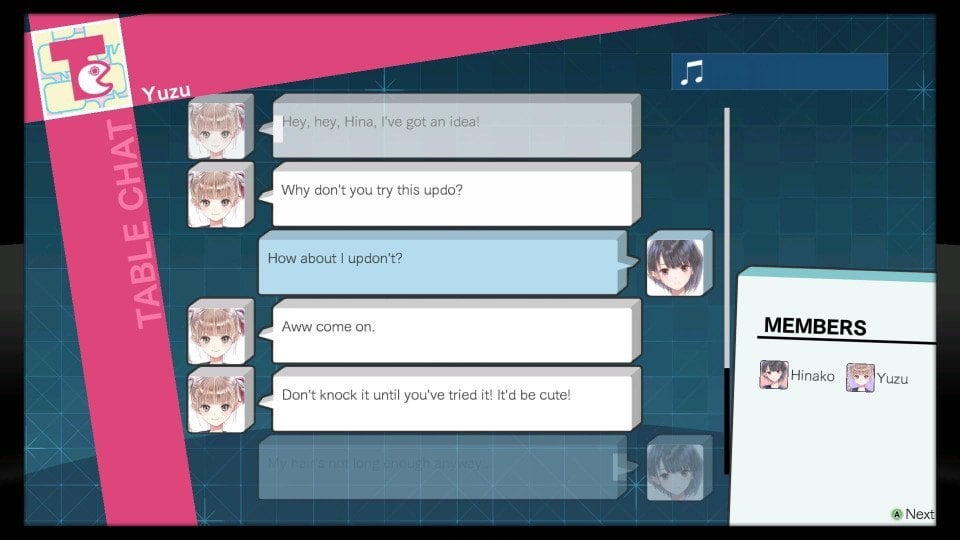 A Brilliant Reflection (Audio and Visuals)
The two things that stand out most in my mind, are just how beautiful this game both looks and sounds. Although just a plain, typical Japanese highschool, Hoshinomiya Girl's Highschool is full of plenty of little details that make it fun to wander around admiring it. The Common is where the game really shines, with four beautiful areas inspired by different emotions. Each is littered with street lights, vending machines and other things that make it almost feel like a beautiful post apocalyptic landscape. Fantastic visual design doesn't stop at the world either. All of the characters are incredibly well done, and each is visually very unique. Animation is a tad stiff during scenes, but it's not too hard to look past. It's only noticeable in sparse instances. Skill animations are also all excellent too, with some really great effects for a lot of the skills. Enemies look pretty cool, though there is a bit of a lack of variety. Most enemies just make slight progressions in art and colour as they get more difficult, though there are visual distinctions so it isn't entirely a lazy recolouring job. For the amount of time you spend fighting them though, it's not a huge deal. Bosses however, I can definitely say they did a good job there. Each one is distinct, and instills a sense of fear every time one appears.


To complement such good visuals, there's a beautiful OST to really complete the package. Each track is crafted with care, and fits the situation. Every boss gets their own soundtrack, and heck even had two or three songs as the fight progressed into different stages. I was very impressed, it's been a long time since I searched out and listened to a soundtrack outside of the game itself. 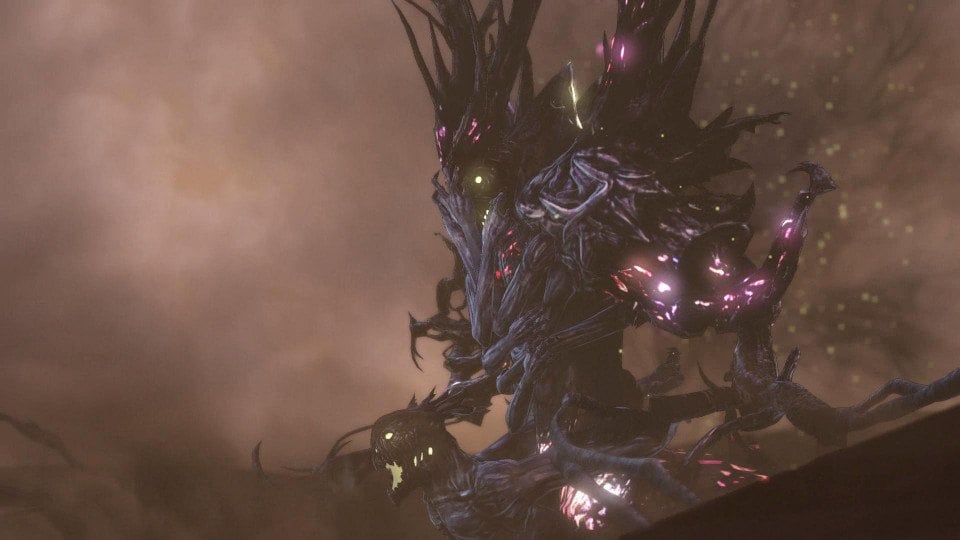 ​
A Final Reflection
Overall I really enjoyed my time in Blue Reflection. The story started slow, but picked up steam and momentum to take you right to the end. It's both beautiful, and well thought out, really capturing the essence of both emotion, and friendship. Accompanied by its gorgeous visuals and fantastic soundtrack, it made the journey to the end wonderful and I never once felt it was a chore to pick up this game and keep moving forward. Combat was a tad spotty, but I had plenty of fights that required me to think things out carefully, and overall I had a ton of fun with it. Especially the boss fights, they really were the highlight, as they should be. There are small issues here and there, but they do little to take away from the overarching experience Blue Reflection offers. If you know what you're getting into, there's really no reason you won’t enjoy this game. 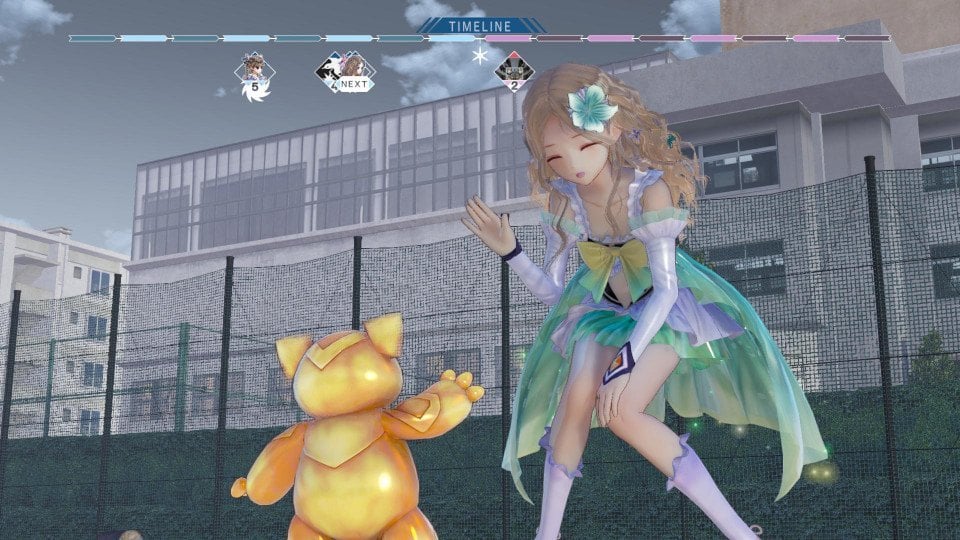 ​
Verdict
You, HaloEliteLegend, sephurchin and 4 others like this.
Unlike this review