Who's ready for some non-Zelda 2D Zelda action?

Blossom Tales is a 2D action game with a striking resemblance to the 2D Zelda series. As such, it immediately begs the question, does it have what it takes to set itself apart from Zelda, or is it simply another mediocre attempt to copy a popular series?

Blossom Tales starts off with an old man and his two grandkids. They want their grandpa to tell them a story, so he recalls the tale of the blossom knight, Lily. Thus the game follows Lily, and re-tells the story of how she single-handedly saved her king, and his kingdom. 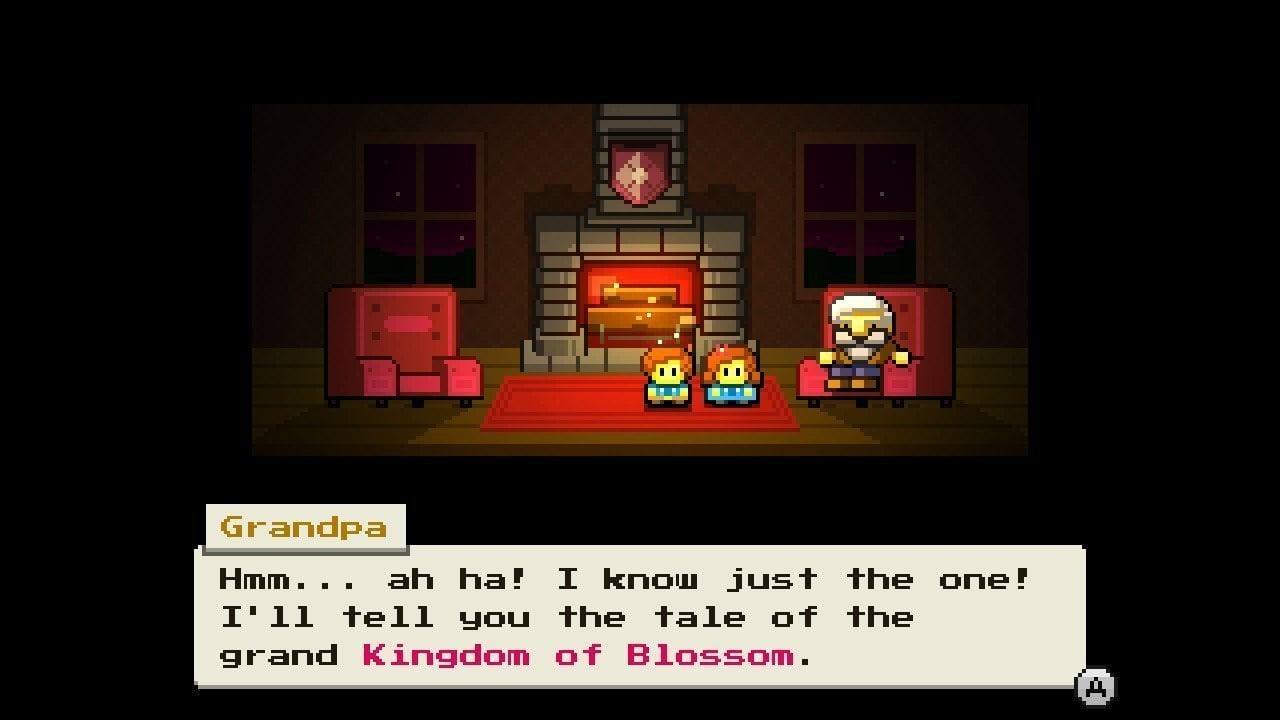 Right off the bat, I found the storytelling element to be charming. At no point is it ever very intrusive, as it simply adds the grandpa’s commentary from time to time, as well as reactions from the kids. There are even some points where you get to choose minor details of an encounter by siding with one of the children when both argue what Lily may have found, or encountered. I don’t think the story would be even half as good without this, honestly. It’s a fairly minor thing, but it really sets it apart from, and above, typical 2D Zelda stories. Without it, it would just be a fairly basic plot and premise with no backbone.

The story is, sadly, fairly short. Luckily, there are tons of people, puzzles, and treasures to find all over the world as a side activity. Plenty of heart pieces, energy pieces, collectible scrolls, and even some items/upgrades to find. I found myself really wanting more, and I think that’s a good sign for the game.

Now, where Blossom Tales really takes off is the swordplay. Although still a simple combat system akin to Zelda, a couple small changes make a big difference. The first is that normal slashes don’t seem to do a whole lot of damage. They’re perfectly fine for dispatching foes with a single point of HP, but against stronger enemies and bosses, you end up just uselessly flailing at them to no real avail. To remedy this, you have a charged spin attack, as well as jump attack you can chain off of the spin. Landing both does a ton of damage but is pretty tricky to time and aim. I loved this from start to finish because combat actually felt like it had some challenge to it. Attacks required good timing, and it also got me to offensively utilize my other items as well.

Difficulty wise, Blossom Tales is also a step above Zelda games. Bosses, and even some mini-bosses are capable of posing a real threat if you just mindlessly try and assault them. Most enemies are fairly weak, but can wallop you if approached carelessly. Even the environment is fairly deadly at times. Frustratingly so. There were a few instances where I threw myself endlessly at an obstacle, only to finally take a step back, equip a different item and then breeze through by using my brain a little. 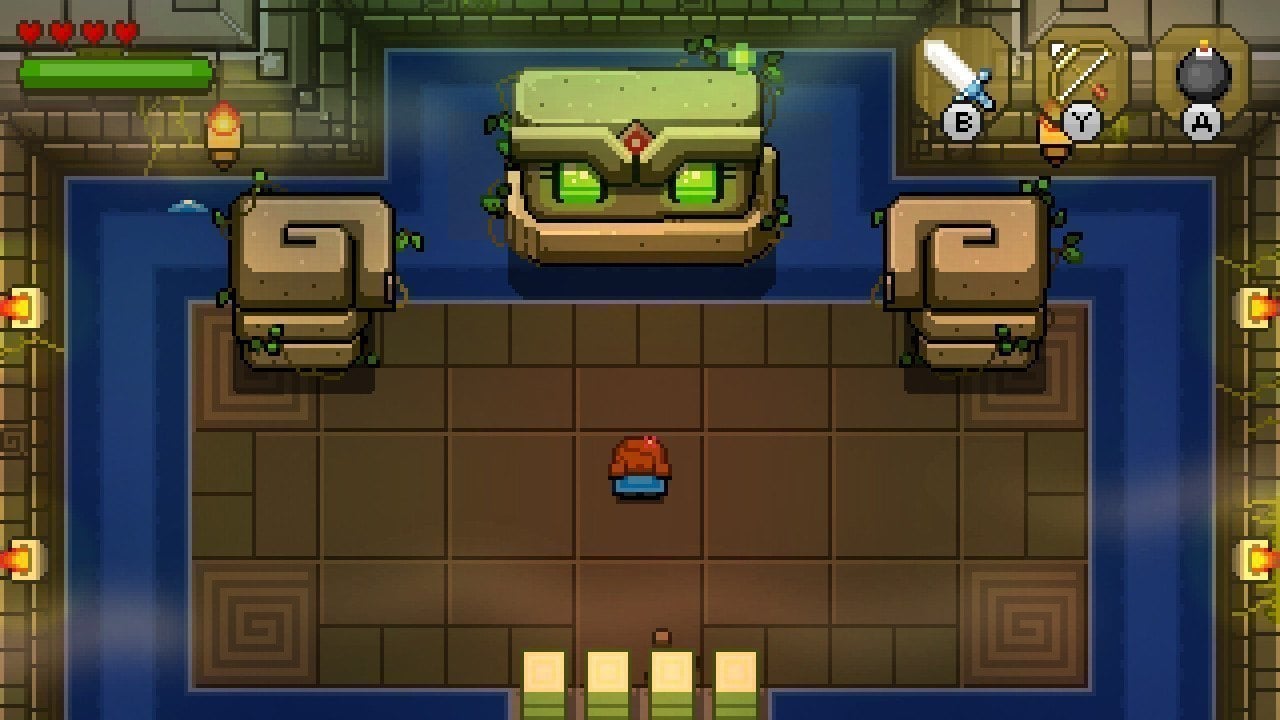 Blossom Tales adopted the stamina system that A Link Between Worlds used, where you don’t carry around a finite number of bombs, arrows, etc, but instead consume a set amount of stamina with each use. I greatly prefer this system as it adds an element of strategy through resource management, without punishing the player by making them have to retreat and refill said resource. Stamina simply gradually regens on its own.

Blossom Tales is also filled to the brim with puzzles to conquer, though I have to admit they did get a little repetitive. With only a small number of different puzzle types, it was hard not to feel bored of them at times. It would’ve been nice to see more variety. Obstacles as well--if I have to run across any more treacherously thin winding paths of falling platforms, I think i’m liable to beat someone to death with a segment of said platforms.

A final glaring difference one might notice compared to Zelda, is also that Blossom Tales took a much more straightforward approach to dungeons. All of them are essentially linear, with incredibly minimal backtracking required. Honestly, I love this. Zelda dungeons tend to be completely overblown and overly complicated with no substance, where Blossom Tales I was simply in the action 24/7 and always progressing. My completing the dungeon didn’t hinge on whether or not I remembered the locked door on the 15th floor behind the statue that I encountered 45 minutes previously, but instead on the obstacles in my face right there and now. It’s quite refreshing, and i’m glad they took this approach. I appreciated the atmosphere and music much more without having to slog through an hour and a half of backtracking and room searching. 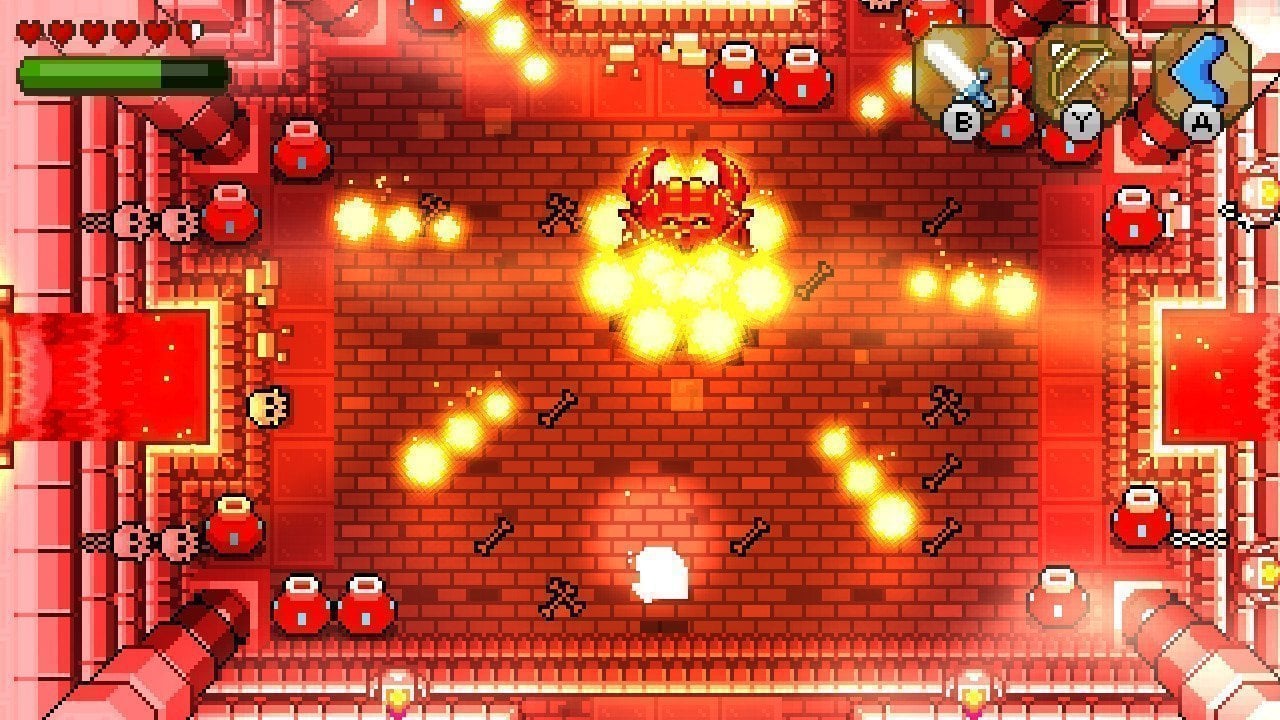 A world of pixels

The one thing that took me a while to get used to, was the art. It’s not bad by any stretch, but I suppose I’ve had more than my fill of pixel artwork over these past few years. But the longer I played, the more it grew on me. I’m not a huge fan of the character designs, however the environments were all very beautiful and well-realized. Full of detail and charm, it made exploring fun just to see more of the world. Enemy and boss designs are also really solid. Perhaps not for everybody, but I would say it’s worth giving a chance if the graphics are the one thing you’re on the fence about.

Blossom Tale’s musical score was decently diverse, and fairly charming at times. There did come a few times where things did get a wee bit repetitive, but that was certainly the minority. The snowy area’s music stands out in my mind for being quite effectively chilling, and I turned up the sound to enjoy it more while I ran through some zombies. Nothing blew me away but I’d confidently say it did its job creating appropriate ambiance. 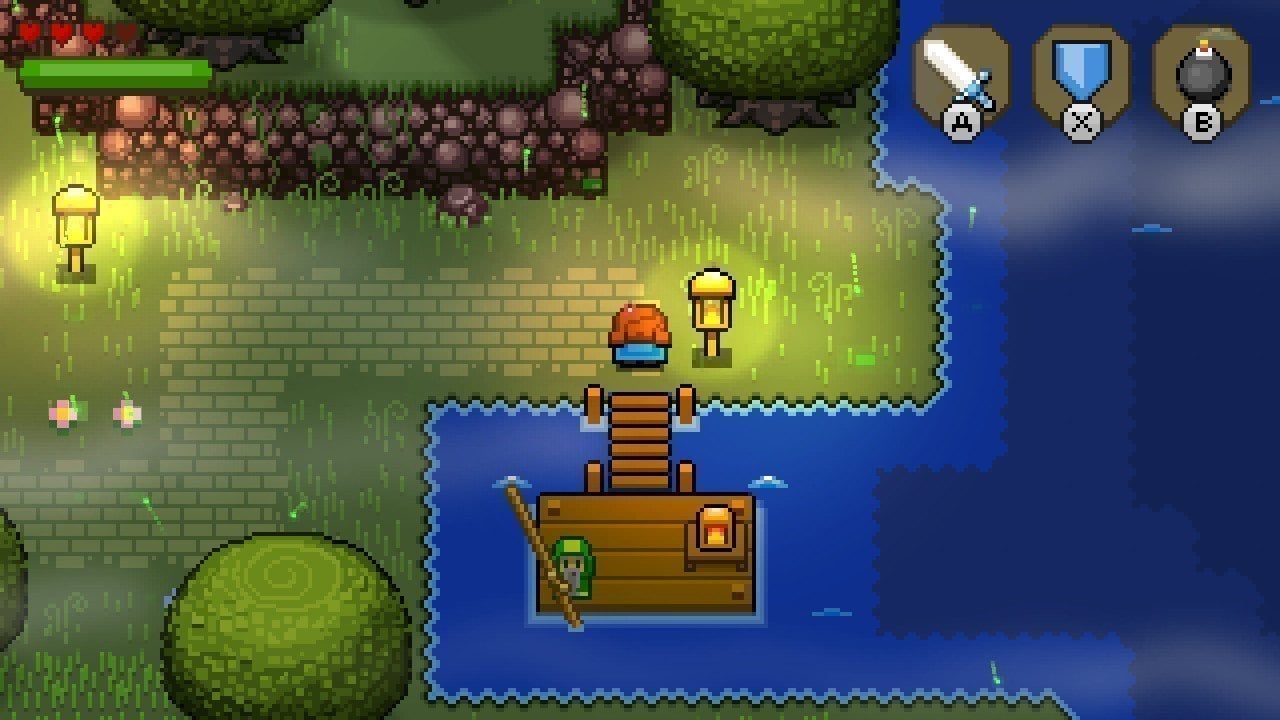 Overall, Blossom Tales really delivered a memorable experience, and left me wishing there was more to explore and find. The game felt great, and provided a decent challenge, while still being approachable by more casual gamers. Having grandpa tell pieces of the story, and listening to the kids reactions adds a lot of charm. With a beautiful pixel world full of things to see, explore, and find, and such a solid combat system I can easily say that Blossom Tales did a phenomenal job not only paying homage to Zelda, but genuinely improving upon it.

Verdict
You, VinsCool, Xzi and 8 others like this.
Unlike this review