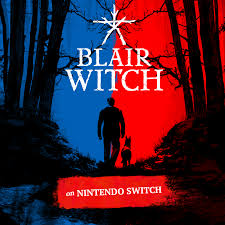 Blair Witch has made the legendary horror of the Black Hills Forest available to experience at home for almost a year, but now that terror is available on the go. How do the scares hold up on the Nintendo Switch?

Games adapted from film really aren’t anything new, and by all accounts they definitely range in quality. What Blair Witch does to set itself apart is sandwich itself nicely to be simultaneously a sequel to the 1999 film The Blair Witch Project, a prequel to the film's 2016 sequel, Blair Witch, and its own thing, telling a story that simply exists in the same forest as the films without directly adapting any of the plot points or characters. This game isn’t the first to tie into the existing universe, of course, but right off the bat I enjoy how it’s allowed to exist as its own story, with the simple caveat that it takes place in the Black Hills Forest, and only a year after the events of the original film. 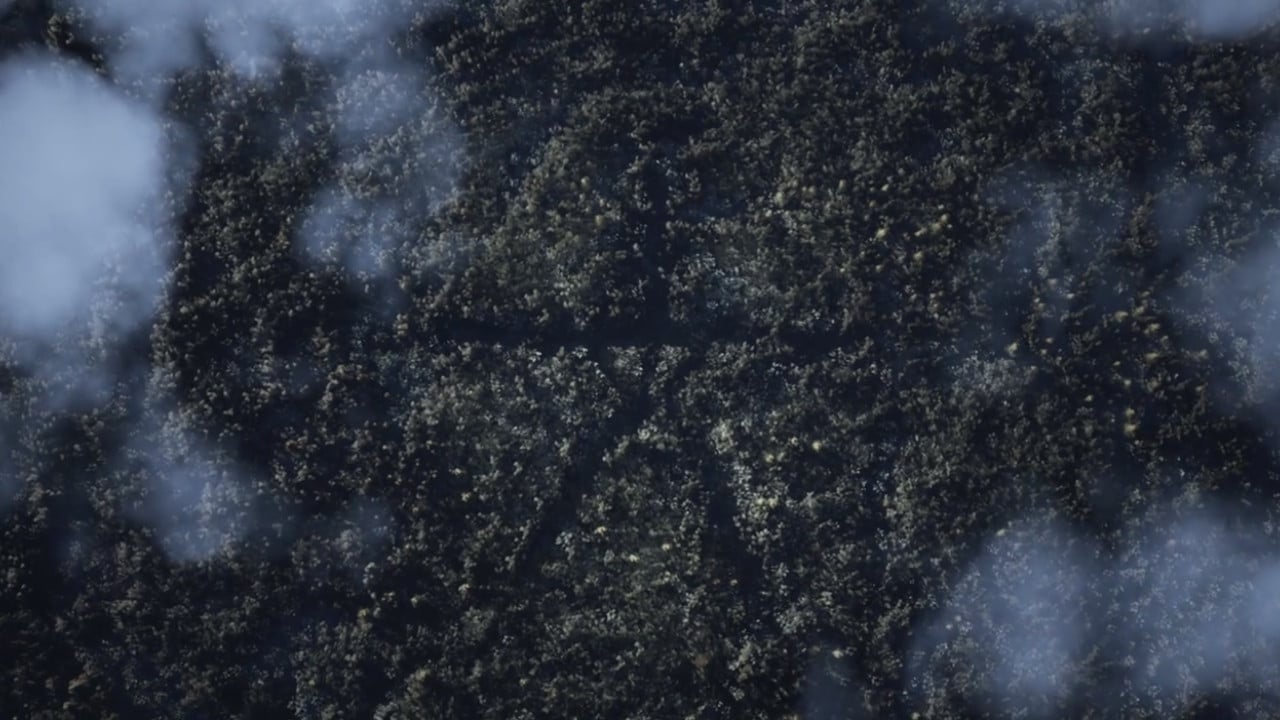 The story follows Ellis, a veteran of an undefined branch of the US military and former police officer who suffers from PTSD, who travels to the infamous Black Hills Forest outside of Burkittsville, Maryland to assist in the search effort for a young boy who went missing in the forest. Accompanying Ellis is his dog Bullet, who he uses to help sniff out clues and tracks to try and find the boy. Ellis’ plans quickly get derailed, however, when he begins hearing voices and the woods begin to warp space and time around him, separating Ellis from the rest of the search party and leaving him at the mercy of the forest and the dark creatures that dwell within it. Ellis must search these woods to find any trace of the young boy, while also battling his own inner demons that the woods are feeding upon to torture and corrupt him.

As you might expect for a walking simulator based off of a film franchise, this is a very story-driven experience. There’s collectibles to be found in the form of victim photos and dog tags left behind in the woods, but there’s otherwise no side distractions to pull your attention away from the main story. Everything done in-game is in furtherance of the plot, which definitely makes it feel right at home as part of a film franchise. There’s cutscenes aplenty, different notes on backstory and lore you can pick, and your in-game cell phone even leaves some clues to Ellis’ past through old text messages that are available for you to read. I like this approach to really make it feel like you’re experiencing a living world, but honestly it could’ve been handled better. The story failed to captivate me, with the constant jumping to different points in time at a moment's notice, coupled with being pulled out of the story while Ellis experiences flashbacks to his life and tribulations before the game. Blair Witch properties aren’t exactly known for having the greatest stories, so this shouldn’t come as a surprise for anyone familiar with the franchise, but I definitely was left wanting throughout.

For a game so story-focused, you might expect it to be a straight walk down the path from start to finish. And while it definitely is linear, it’s not difficult to get lost while traveling from location to location, and more than once I found myself wandering the woods aimlessly trying to figure out where my next objective would trigger. From a design standpoint, I’m sure this was intentional, and meant to emulate the terror of being lost in an unfamiliar forest. But it led to me being more annoyed than anything. 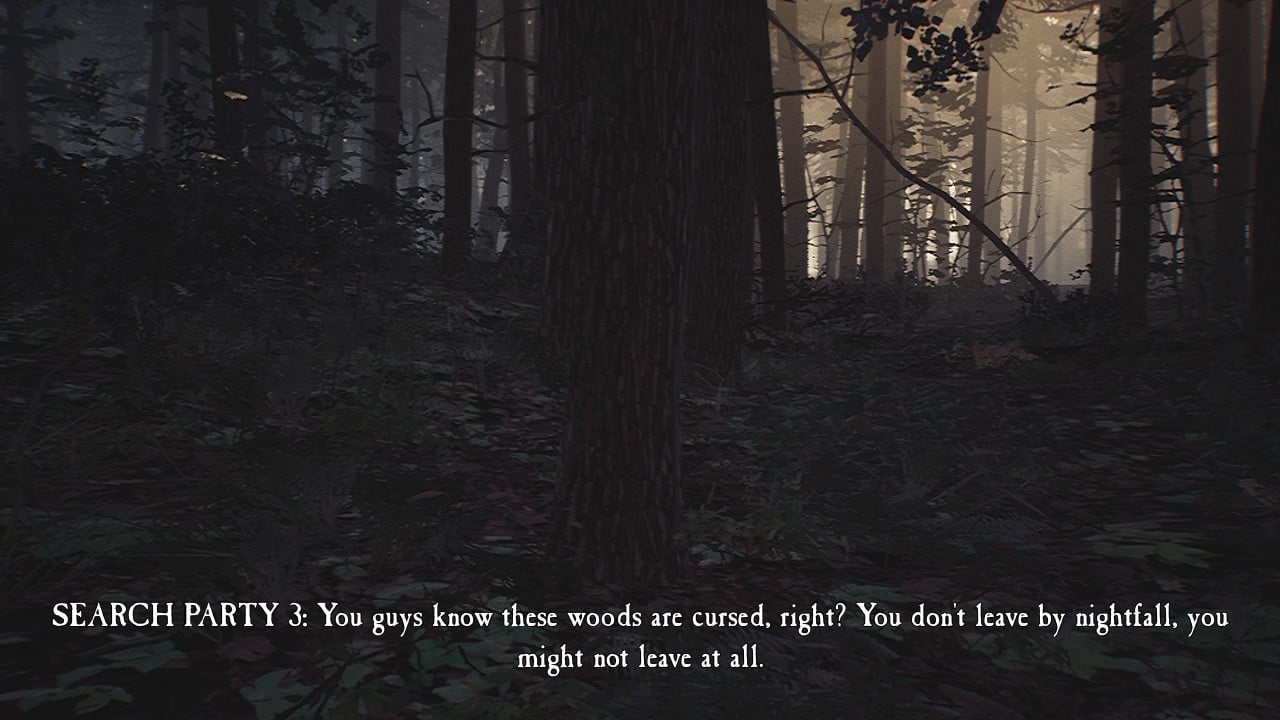 And that leads me to my biggest problem with the game. It really just isn’t scary. It’s creepy in parts, to be sure, but most of the game is honestly downright boring. It’s a puzzle and exploration game at its core, with a horror game coat of paint. This isn’t necessarily a bad thing, but it very rarely takes advantage of being a “horror” game, which should be the primary point of interest in a game based on a horror movie. To the game's credit, it does know how to be scary. The ending level features some really creepy atmosphere, sound, and an incredible visualization of Ellis’ total mental breakdown, and I loved it. I wanted more like that throughout the rest of the game. Instead what you get is some mildly spooky atmosphere, relatively easy puzzles, and in my case, a regular check of the clock to see just how much longer 'til you get to the end.

Graphically, the game looks great. Upon its initial release in 2019, I was really impressed by just how good it looked. And here on the Switch, that’s still very true. Obviously there was some downgrading when compared to the PC, Xbox and PlayStation releases, but even with that taken into consideration the game still just looks great. The cinematic cutscenes sprinkled throughout look phenomenal, and the in-game graphics all hold up, and manage to keep the same impressive lighting and design. Beyond the graphics, the Black Hills Forest really does look like it’s taken straight out of the films. And while I appreciate that attention to detail, it does highlight the “not scary” complaint I had above, and makes me wish that the tone and atmosphere matched the good-looking graphics.

The sound design might be one of my favorite things about the game, despite how sparingly it’s used. Blair Witch uses binaural audio, and upon startup recommends using headphones for the best experience. I played through the majority of the game in the dark using headphones, and it was definitely the best experience. The forest sounds, mixed with the audio cues of coming across a stick man totem, and the irregular voices calling out to tempt Ellis really makes the whole thing a lot creepier. As I just mentioned, though, it’s scarcely taken advantage of. When it’s used, it’s used to the full effect. But the game could’ve used this feature so much more, and so much better.

Moving on to in-game mechanics, there’s two unique features I want to touch on. The first is your lovable canine companion, Bullet. Bullet is with you from the very beginning, and he’s much more than just set dressing. Bullet can help sniff out clues for the next step you need to make in the plot, uncover victim photos for you to collect, alert you to the presence of the stick figure totems to destroy, and alert you to the presence of monsters for the games form of combat--should a monster of the woods wake up, Bullet will point out where they are so you can use your flashlight to destroy them. The monsters are invisible and ever moving, so Bullet is crucial to this. Treating Bullet well is crucial for making sure he stays happy to the end of the game and getting you the “good” ending of the game. You can even briefly customize him at the beginning, and give him pets when he does a good job. It’s a fun feature that’s equally functional.

The second feature is the signature camcorder. Anyone familiar with the Blair Witch franchise should know how important the camcorder is to the series, and its inclusion in-game is very interesting, since it offers you two features. The first is the ability to play the two kinds of tapes you find throughout the game, blue or red. Blue tapes simply give you some story moments and lore, while red tapes give you important clues to advancing the plot, as well as allowing you to manipulate space and time by unlocking doors and making items appear. The red tapes add an extra layer to the puzzle solving, and I like it a lot. The camera also comes equipped with night vision, which allows you to stow your flashlight and explore through the viewfinder. Night vision will reveal hidden paths, secrets hidden in the game, and the location of the sleeping monsters so that you can avoid them and not wake them up to fight, a necessity if you’re going for the game's good ending or Pacifist achievement.

Outside of these two features, the gameplay is pretty standard. Walk around, find the plot point, move forward. This is fine enough and lets you experience the woods in all of their creepy glory, but it would be better if, as I’ve brought up a couple times, the game did more to actively feel like a horror game. It honestly disappoints me how much I’ve had to dwell on the lack of a scare factor. I really wanted to love this game, being a huge fan of horror. And the bones are here to make it a really good horror exploration game, but as it is now, it’s just an exploration puzzle game that’s occasionally spooky. 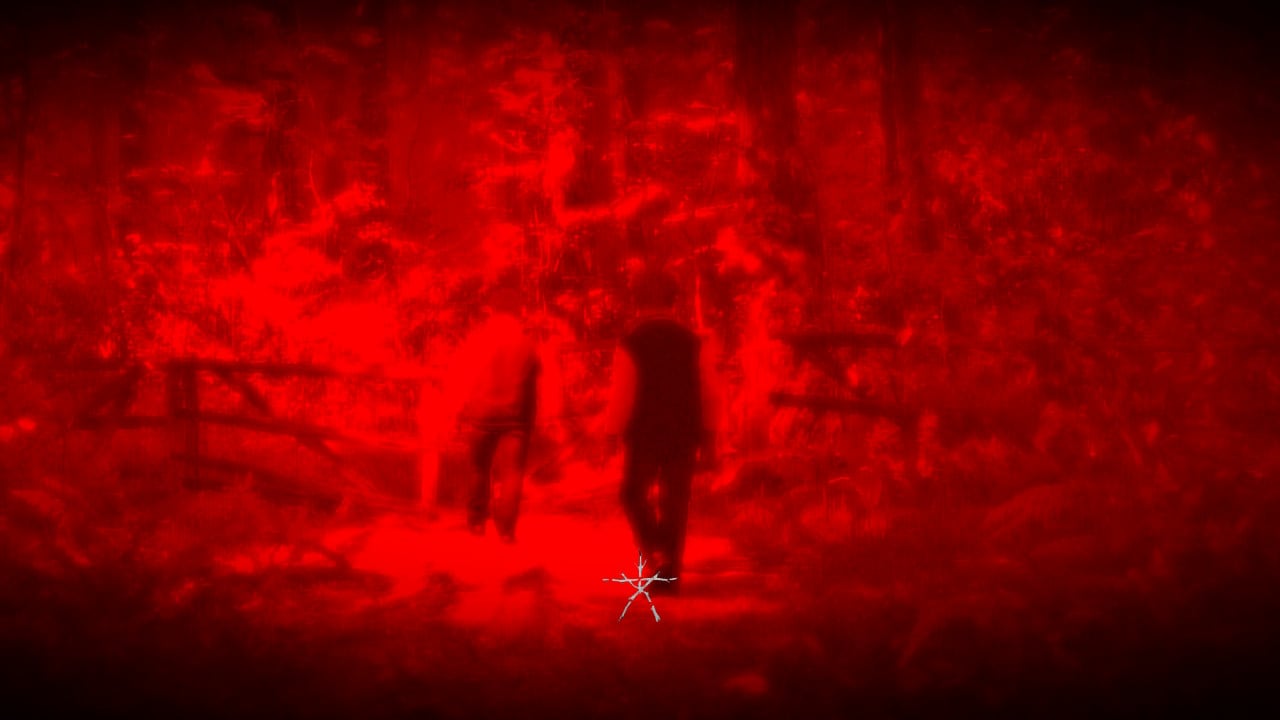