After a timed exclusivity period on the Apple Arcade, Beyond a Steel Sky, Revolution Software’s sequel to the classic point-and-click cyberpunk adventure ‘Beneath a Steel Sky’, lands on Steam. After a 26-year hiatus, does the series hold up on today’s platform?

As a sequel to a 26-year old game, I was holding my breath for Beyond a Steel Sky. Revisiting a dormant series is a tricky issue and with the puzzle genre, it’s doubly so as I attested with Syberia 3. The first entry, Beneath a Steel Sky, hails from the point-and-click MS-DOS era, and while I didn’t play the original game (I was still a toddler back then), I did play and love similar games from the Monkey Island series. Given that I fondly reminisce about these games, I looked forward to seeing what a game in the same vein had to offer in 2020.

Beyond A Steel Sky puts you in control of series protagonist Robert Foster who has been living a peaceful life in a village in the Gap, or the region outside of the walled Union City, after the events of the first installment. However, following the abduction of Milo, a child from the village, Foster’s detective work brings him back to Union City. While it looks like a prospering, highly advanced city thanks to the work of his A.I. friend Joey, there are way more sinister works happening under the shroud of this utopian facade. 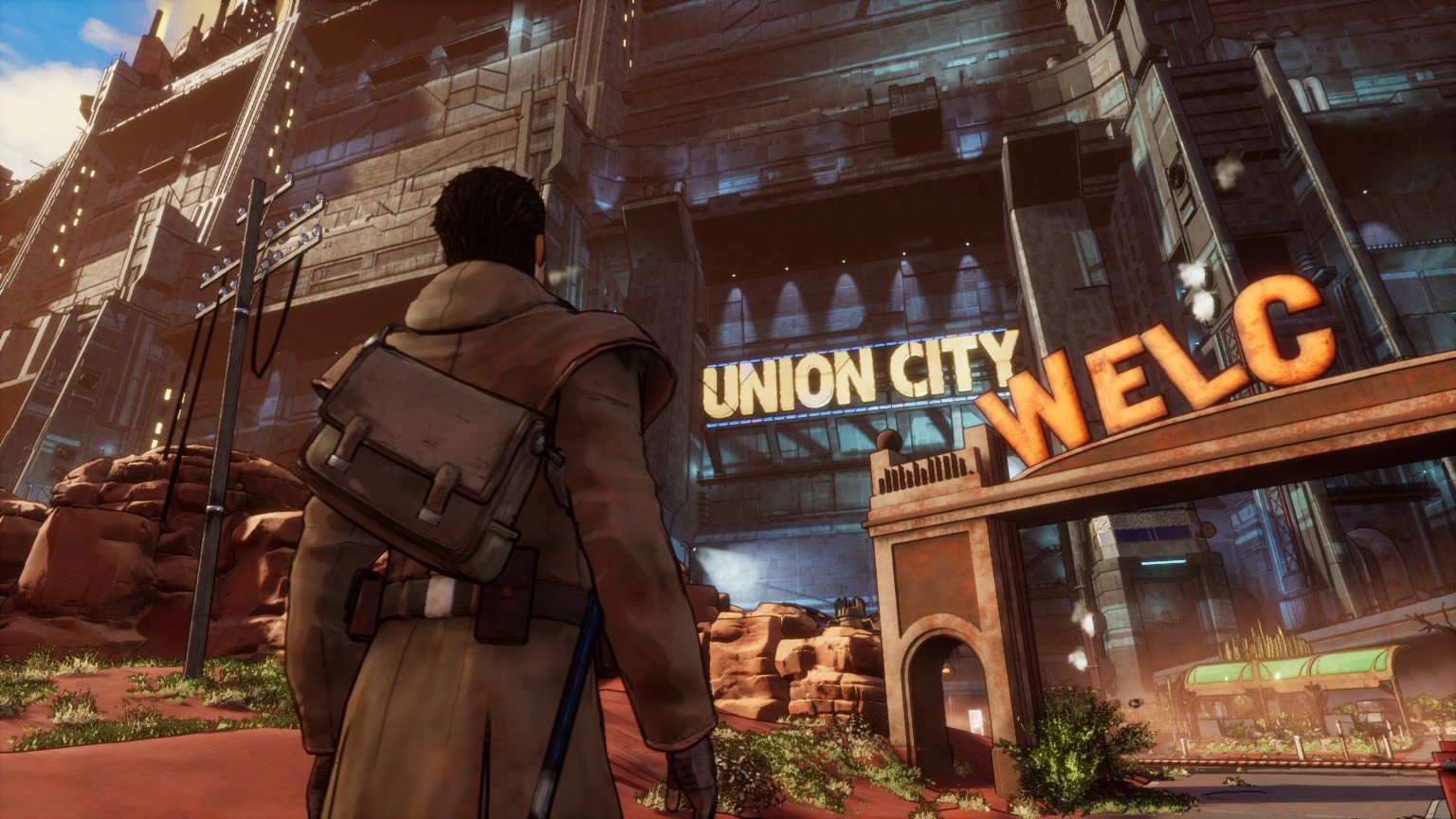 When it comes to the cyberpunk setting, most will think of the gritty, dystopian one popularized by the likes of Blade Runner or the upcoming Cyberpunk 2077. Beyond a Steel Sky subverts this expectation with a bright and colorful setting throughout its playthrough. But that doesn’t mean all is good and well in Union City as this depiction plays a part in the utopian aspect that every citizen of that city thinks of it (or are made to think of it). This becomes more evident as Foster gets closer to uncovering the truth behind Milo’s captors.

On the presentation aspect, Beyond A Steel Sky does a fine job with its detailed, cel-shaded environment rendered in Unreal Engine that mimics a comic book’s visual. Those who played the first installment might find it nostalgic to come across some recurring characters for the first time in 3D. Don’t worry if you haven’t played the original game, as this one is totally playable without former knowledge on the lore. However, the audio score is something that could have been improved upon since they aren’t striking or memorable. Investing more on this aspect would have gone a long way in hammering the presentation. 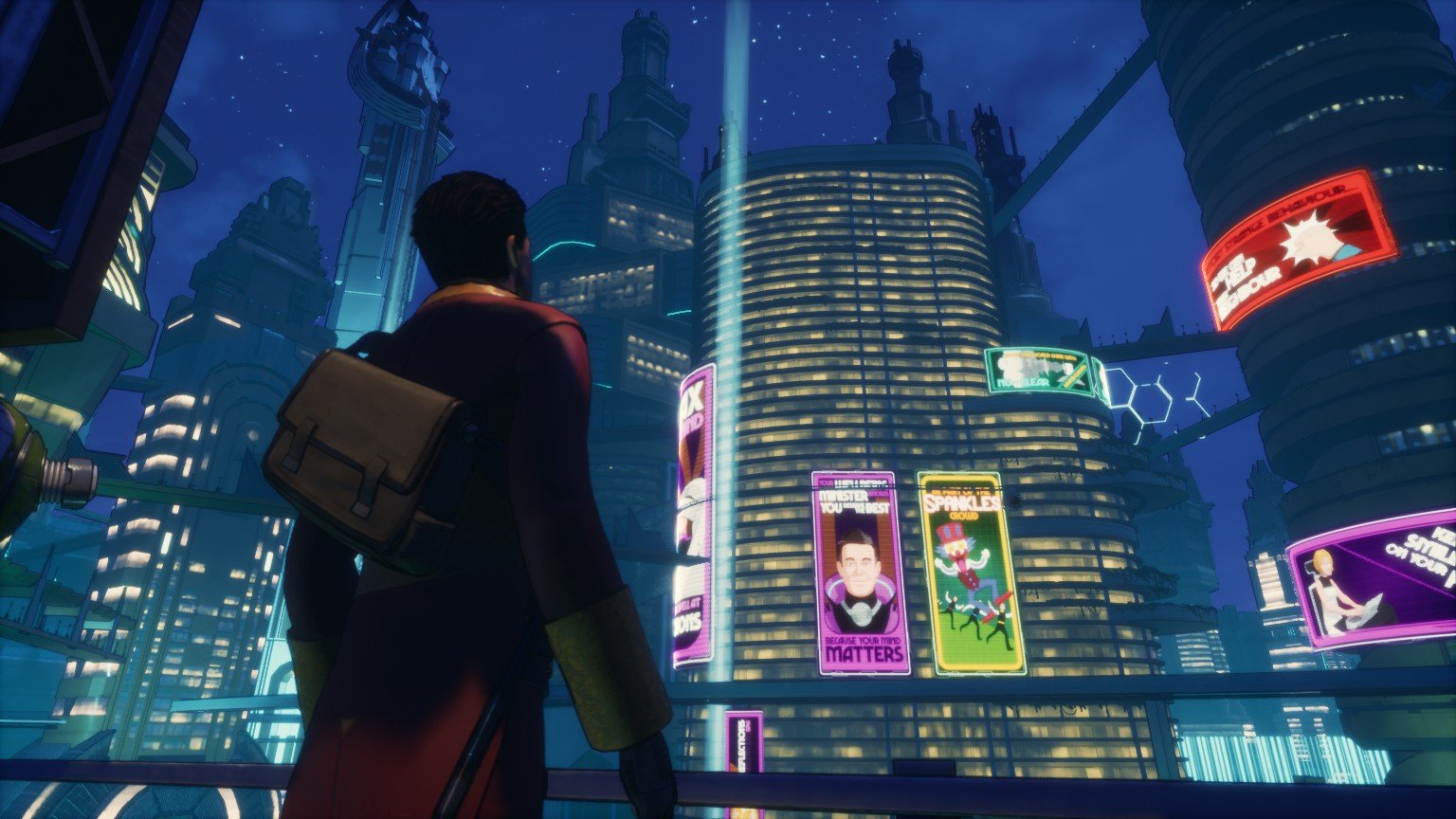 Still subverting the gritty, dark cyberpunk presentation, Beyond A Steel Sky offers a more chilled take with its humorous conversations and cheeky one-liners. Sometimes these go off-track and feel forced or even dull, especially with the protagonist who feels more like a placeholder for your actions rather than a charismatic adventurer, especially compared to NPCs who are more fleshed out with unique personalities of their own.

Additionally, the plot suffers from some pacing and development issues other than the dull one-liners characterizing Foster. Some important aspects on the lore aren’t that well elaborated upon such as the Council and its members. The reunion with Foster’s bestie Joey feels anticlimactic, especially given how he is an integral part of the plot itself. The latter ultimately feels predictable and noticeably rushed towards the end in a bid to wrap everything up.

Moreover, I did come across some visual glitches that could definitely be worked upon. Oftentimes, passers-by who block the entire screen when I’m engaged in a conversation or some dialogues weren’t voiced. And at one point early on, an on-screen prompt was missing and I had to restart from my last save to progress. 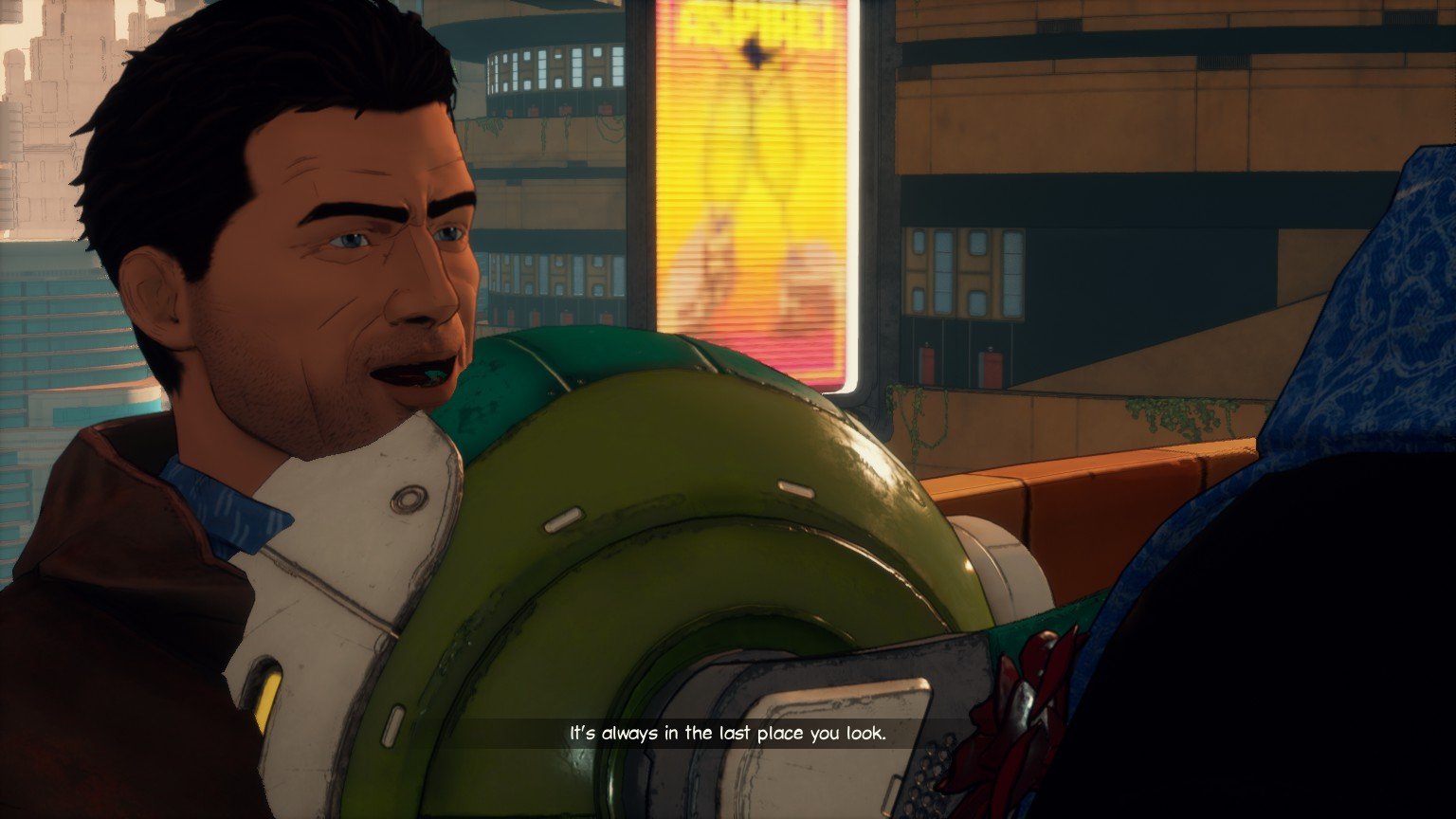 However, as a point-and-click adventure in 2020, Beyond A Steel Sky plays like a contemporary title. Almost every scene you’re in is full of original puzzles that require thorough exploration of the surroundings. You control Foster in 3rd person and interact with the environment or NPCs whenever you see a circle. They’ll give out subtle clues as to how to progress and finding the right combination of what works confers a satisfactory feeling.

There’s the interesting inclusion of a “hacking” mechanic. With a handheld scanner of sorts, you can swap the code of certain systems, depicted as moveable blocks, and turn the tide into your favour. It’ll help you open locked doors, force robots to do your bidding or even fool around with the holograms on display. It feels refreshing and forces you to keep your eyes peeled and look beyond what’s visually noticeable when solving a puzzle.

There are a few head-scratches but nothing insurmountable. However, some puzzles aren’t really the most obvious and you’ll have to resort to the good ‘ol trial-and-error which is one of my least favourite aspects of the point-and-click genre. The hacking mechanic also feels stale after a couple of hours because there’s only so much scanning and block-swapping you can have fun with. 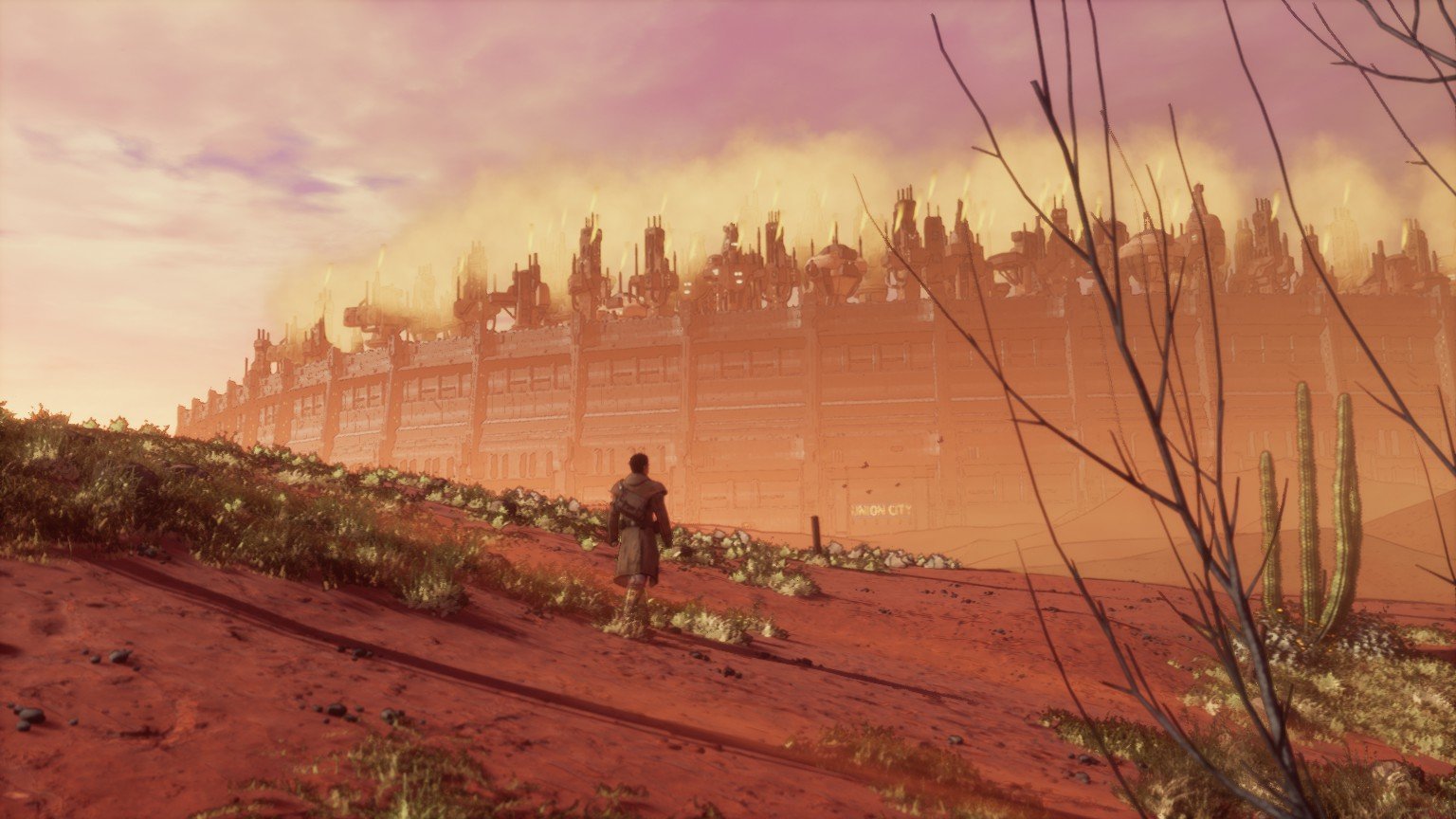