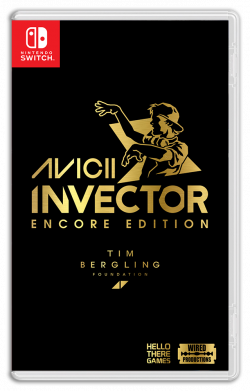 An intense rhythm game featuring 35 hits from the late EDM superstar Avicii, now on the go for the first time. Is it a perfect match, or a missed opportunity? Let's dive right into the game and find out!

Back in 2017 AVICII got his very own game on the PlayStation 4, which got an updated version at the end of 2019 and also released on Xbox One and PC. Finally the game makes its way to the Nintendo Switch. This game is clearly aimed at fans of AVICII's music and fans of rhythm games; it is very forgiving and allows newcomers to the genre to just enjoy their favourite songs while learning how to play, but at the same time is challenging enough to give rhythm veterans a run for their money. This is with great help from the four difficulty modes, giving everyone a chance to enjoy both the game and music. Originally featuring 25 banging EDM tracks to play through, the Encore Edition boosts the total to 35 tracks, set across seven visually unique worlds.

AVICII Invector really shines in this portable format, making the Switch a perfect platform. Playing in docked mode works well, and since the game doesn't use any touch controls there are no issues in that regard. Despite this, I can't help but find myself more immersed when playing in handheld mode with a good set of headphones. In handheld mode there's no input latency either, but it can be calibrated for both handheld and docked mode so you get the perfect experience. You can either calibrate by tapping along to a simple beat, or input the numbers directly if you know how many milliseconds latency you have on your setup. It would have been great if the game could switch the latency settings between docked and handheld mode automatically, but this sadly isn't the case. It's not a huge issue since you can input the numbers as previously stated, you just have to keep track of it yourself. 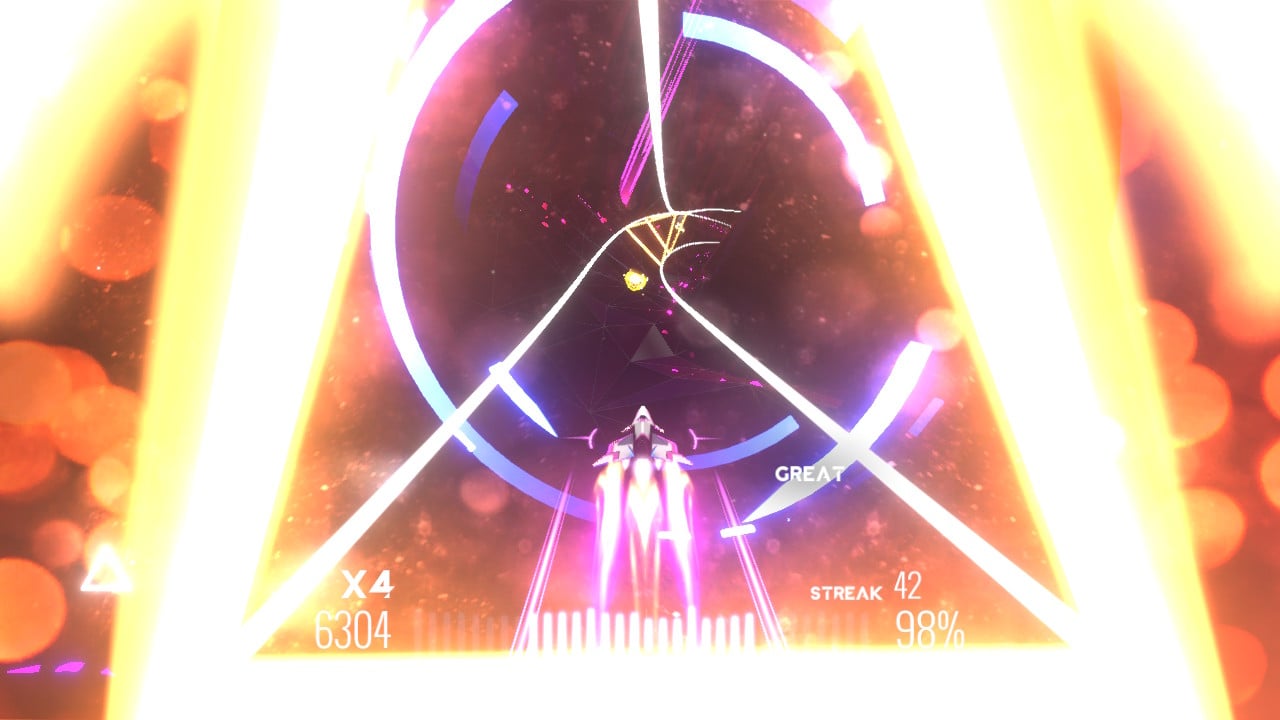 The visual quality is great: smooth and fluid, with a lot of nice effects that still doesn't distract from the gameplay. The game lets you experience seven worlds with different moods and environments, and it's not very varied apart from that, which is to the benefit of the actual gameplay. The sound quality is really good too, crisp and equalised to a bass-heavy dance party feeling. You can modify the sound effects to not get distracted from the actual song, or if it helps you with extra audio cues⁠—anything for your ultimate experience.

The gameplay is centred around flying your space ship and matching notes, and has 3 distinct parts. The first one is like a highway for your space ship where you move left and right and use the face buttons to match the notes coming at you at high, as well as using the L or R button to strum notes. This can quickly become a little bit advanced, which makes you feel really good when you succeed. The second part is a triangle shaped tunnel, where you spin the tunnel instead of moving and again match notes and strum. This is by far the most difficult part since it can be difficult to judge if you have to rotate to the left or right. It's here in particular I had to put a lot of time into practising my technique. Lastly we have a calm free flying section a couple of times in each song where the intensity drops and you can breathe for a while while going through a few rings.

Speaking of practising: when you try to beat your previous best, or go for a flawless run, you might want to restart the song often. This is completely pain free and instantaneous. Gone are the frustrating loading times and annoying waiting, now you can play non-stop and push on through to get better! The first song introduces all the elements step by step and acts almost like a tutorial, but that's all the help you will get. You learn by playing, and won't have any hands to hold. This can feel frustrating the first few minutes, but you will get past that very soon. 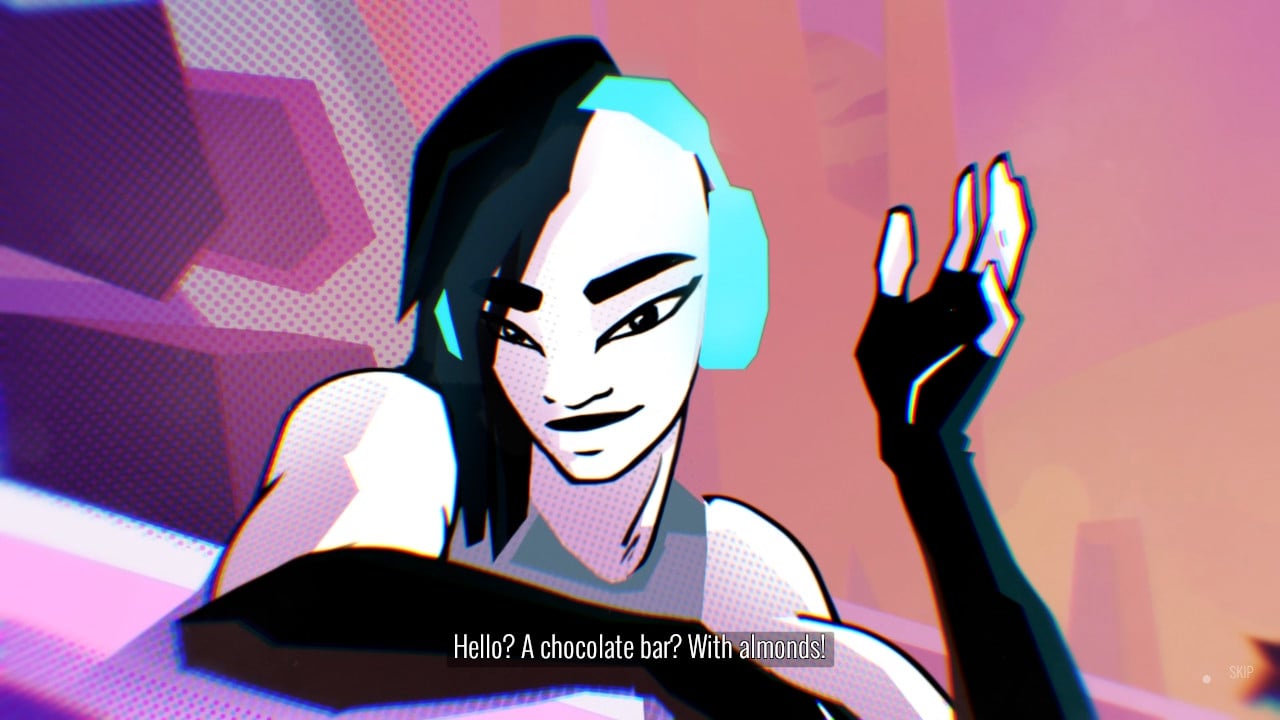 The story in this game is the lowest point. Short cutscenes with slightly moving still images that you can't re-watch if you happen to look away for a while, with some voice acting that feels aimed at young teens. And the story itself feels out of place completely. I personally feel that it would have been better to not have a story at all if this is what's offered. In one scene they even teased weapons, making me think a new element would be added to the gameplay, only to take it away five seconds later. Luckily this is a rhythm game where the story isn't important at all.

You can play this with up to three friends in local multiplayer, and only one joy-con is needed for each player. Surely a fun element to the next party!

A challenge for you! Try beating my high score on the four first songs on Easy (yes I am bragging):