There's an old adage; sometimes less is more. Does this hold true for the ATOM 60% mechanical gaming keyboard?

In the world of PC gaming, there are countless options available on the market. You got different types of RAM, motherboards, graphics cards and no less important things such as monitors and speakers. Today, however, we are gonna be looking at the ATOM 60% mechanical gaming keyboard from Whirlwind FX, which is based on their Element V2 mechanical RGB keyboard.

More than meets the eye

After unboxing, I was pleasantly surprised with the weight of the ATOM, which felt quite sturdy and solid, despite its smaller size. From a design approach, there is nothing more than needed as far as casing goes. This compact and minimalist design frees up a lot of desk space and has a very sleek design. The moment I took it out and gave it a few test types, I was impressed with the quality of the keycaps, which are double shot ABS with a matte finish. They felt secure, had minimal wiggling and the stabilizers do a great job with the larger keycaps. Since I have two cats, fur gets everywhere and removing the caps for clean up is a breeze. There is a slight resistance but they come off easily, with exception to the larger keys, which need a bit more force to remove. The unit I received came with Gateron brown tactile switches, with red linear and blue clicky options available as well. Naturally there is an audible click when you press the keys down but it’s not too bad, especially when I was playing and I hardly noticed it after a while. 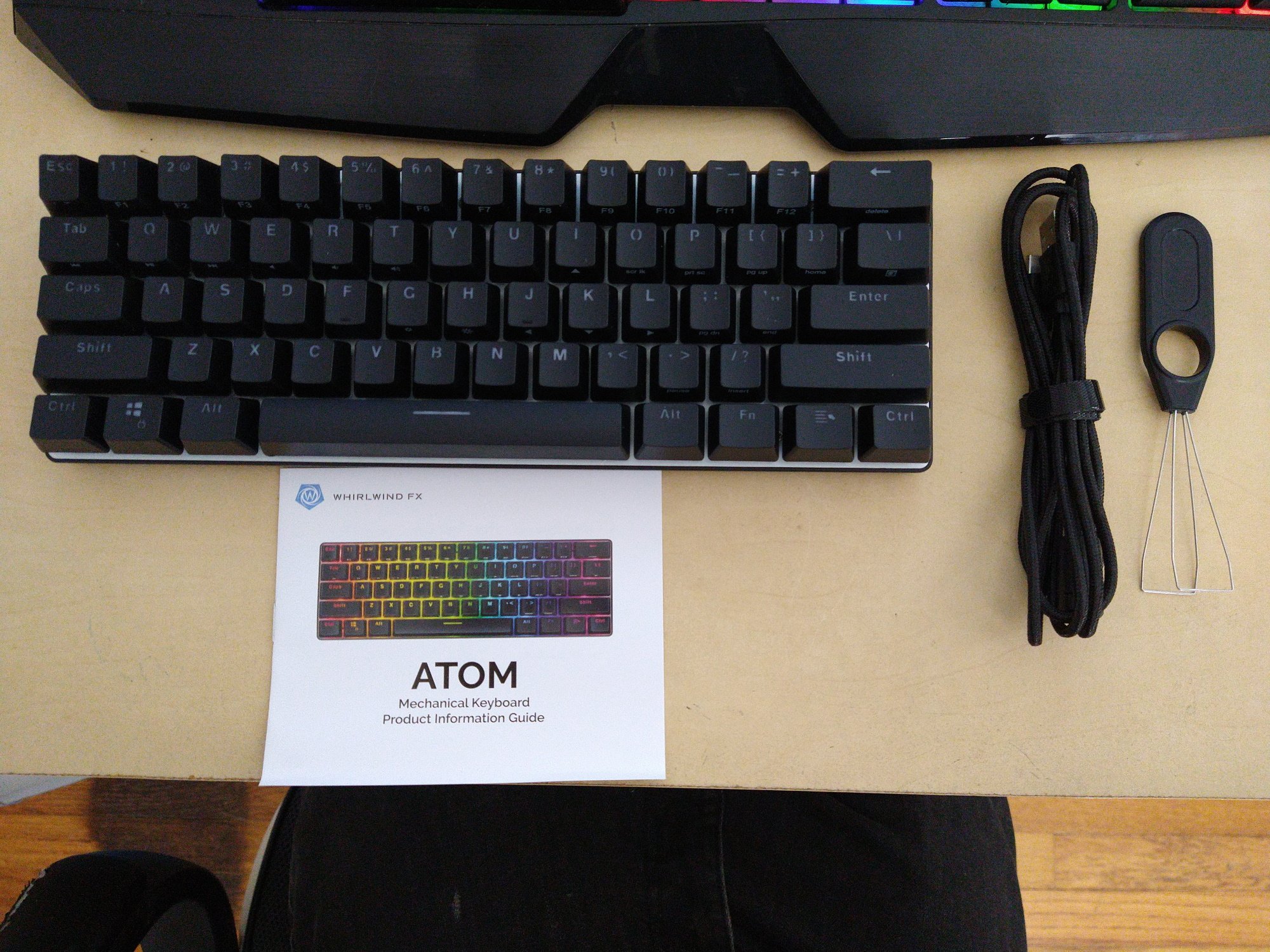 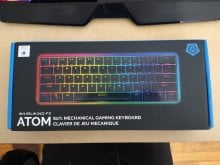 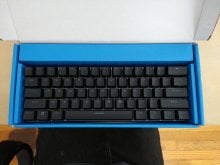 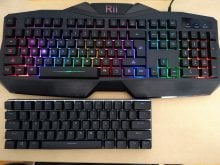 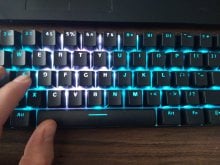 On the topic of gaming, I tested the ATOM with a variety of games and I must say, I was not disappointed. With a 3000mhz polling rate, it was wonderfully responsive. Doom Eternal was quite enjoyable, with movement feeling almost instantaneous, as with other games like Skyrim and Fallout: New Vegas. I generally use a controller for playing games like Duck Game and Cuphead or when emulating something like the NES, but I was thoroughly impressed with the ATOM's performance in these situations. Both games played well and I even had a good time playing Super Mario Bros., and I usually only enjoy that with a controller. The rubber feet at the bottom do a great job keeping the keyboard in place, especially if you’re like me and get really into it while you play. However, one fault I had with the ATOM was raising it up with the hinges. They do lock into place and the rubber feet help to keep them from moving much, but those same rubber feet can catch wrong and cause it to collapse if you push it a bit too much. It didn’t happen too often, but when it did, it was pretty annoying.

Being 60% of a keyboard, there are quite a few keys are missing. To make up for this, most of those keys missing have been bound to the Fn button; the arrow keys, pg up/dn and print screen, just to name a few. There are additional bindings for adjusting screen brightness and media controls as well. All these are excellent inclusions and give it use outside of gaming, such as web browsing and writing (like this review), but it can feel slightly off while you get used to the layout. When doing things like Alt+Ctrl+Del, which on the ATOM is Alt+Ctrl+Fn+Backspace, it kind of throws you off as it doesn’t feel natural. After an extended period of time, however, these bindings start to become second nature. 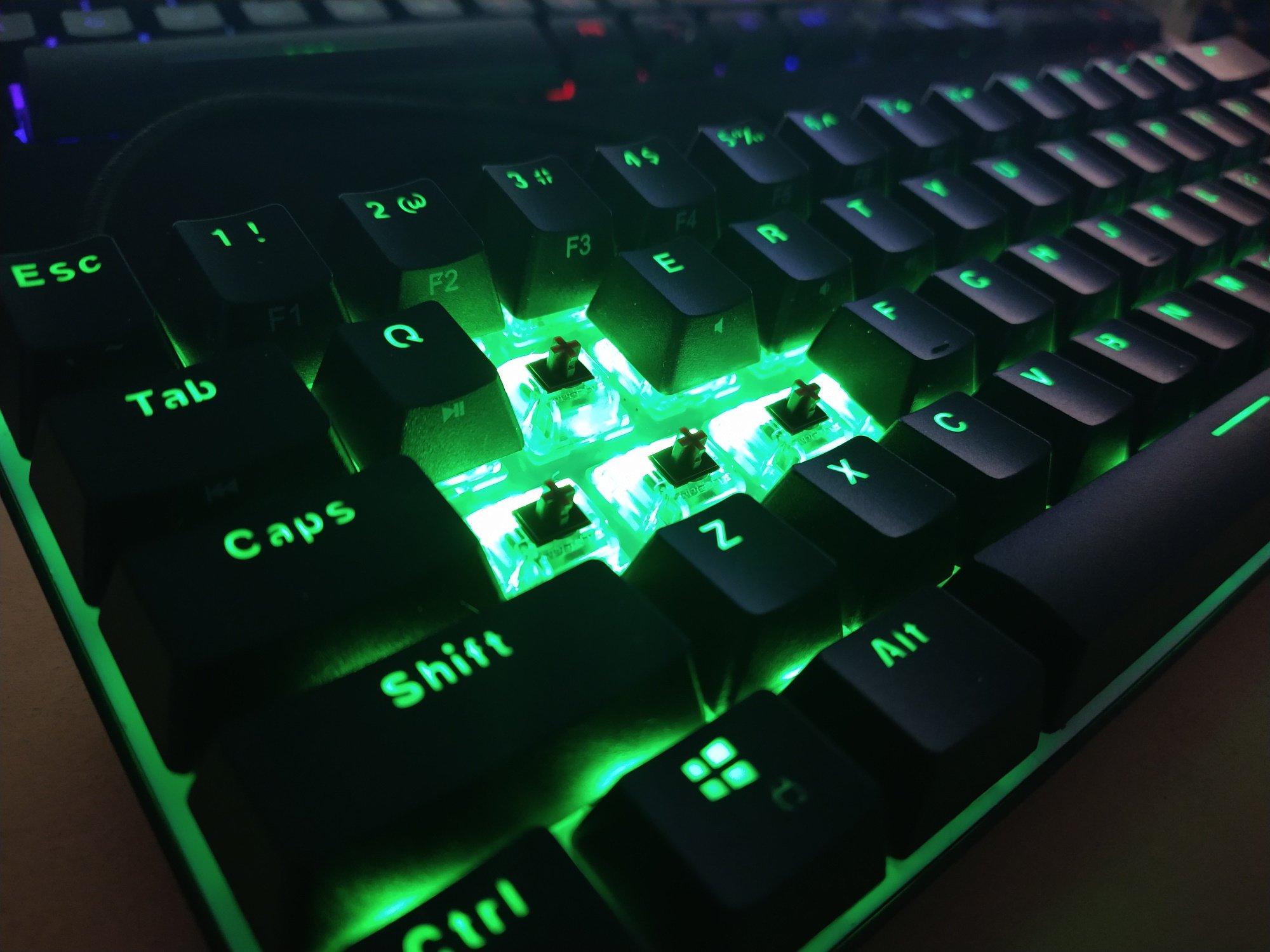 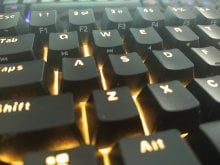 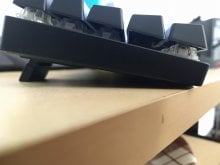 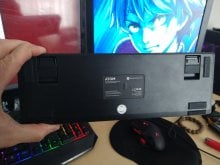 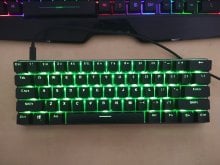 We’ve talked about design, key layout and how it is gaming, but we have yet to discuss RGB options. By default, when the ATOM is connected, it cycles through a rainbow of colors. They come through nicely under the keycaps and really pop, lighting the whole keyboard. But to get the most out of it, you need to download their Whirlwind Engine. Once installed, you can really play around with making it your own. With the option to screen capture and send to the ATOM, the possibilities are pretty unlimited, giving you choices such as framerate, resolution and what screen to capture or audio to listen from. It’s all pretty straightforward and easy to tweak.

Besides those settings, there are plenty of premade effects available for download from the Whirlwind Engine dashboard. These range from things like ripples that radiate from each keystroke and waves of colors scrolling by to per-game settings for games like Fortnite, Terraria and Rocket League. After you download what you like you can set your effects for idle and, when running media, you can edit the various effects. You have the more typical things like color shift, brightness, saturation. Some games have additional effects; Fallout 4, for example, offers additional options for monitoring things like health, ammo and experience. It's not perfect and another fault I found is that it's prone to the occasional hiccup, like not detecting media being played, not using some of the special game options or going to an idle effect randomly. Not a deal breaker at all and could be gone in future updates to the engine, just another minor annoyance. Add in the white backplate and the colors really jump out at you. These are really nice touches and certainly makes things more immersive.

Behold the power of ATOM

There is a lot to like here; the quality of both the design and materials, the RGB effects and the responsiveness. All these things really come together to lend to an absolute gem of a keyboard. Its size frees up a lot of space, especially if you have a small desk like myself, and makes portability a breeze for gaming on a laptop. At the end of the day, the ATOM really shows that less can be more. 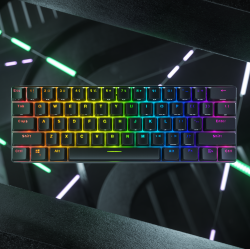