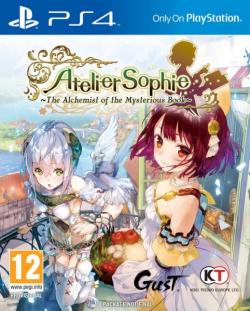 Oh boy, another Atelier game. Fans can't seem to stop eating these games up. It's about time I figure out what all the fuss is about.

'Atelier Sophie: The Alchemist of the Mysterious Book' is the 17th installment in the Atelier series, and the first to make its debut on Playstation 4.  However, that doesn’t mean that one has to play all the other games in the series – far from it in fact.  This game is the first in its ‘arc’ for lack of a better word, and is unrelated story wise to any of the previous games in the yearly series.  I should know, I never played a game in this series before but I was able to easily follow along.

I should preface the rest of this review by pointing out that, while I am no stranger to JRPGs, I haven’t before played a game with a style quite like this one.  What I mean is that the Atelier series is obviously targeted to a Japanese audience with different tastes than my own, so I was interested (and a little cautious) about what I should expect in the game.  After all, my prior experience with the anime animation style was limited to generic Shonen anime and Westernized video games.  Luckily, I was surprised to find that I actually enjoyed the game immensely and that my preconceptions were mostly put to rest.  With that in mind, know that this review is written to inform both fans of the series as well as those who, like me, likely wouldn’t even considered buying a game like this before.  Spoiler: You should consider it. 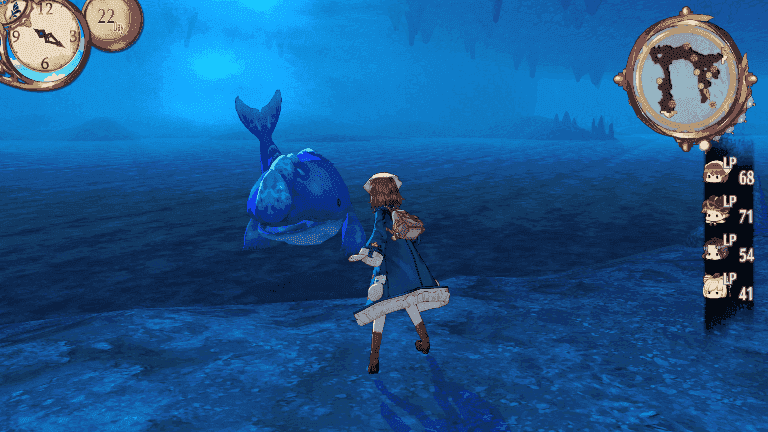 Let’s get started!  The world is in peril and only you, Sophie Neuenmuller, can save it.  By… BY… learning alchemy.  Truthfully, this game breaks the mold of many Westernized RPGs that involve saving the world and instead focuses more on the everyday life of a fantasy character.  In this case, you play a young girl named Sophie who is learning to follow in her grandmother’s footsteps by becoming an alchemist in her small town of Kirhen Bell.  Early on she meets a talking book named Placha who wishes to regain her memory.  In order to help Placha get her memory back, Sophie must write alchemy recipes in her.  So that’s exactly what Sophie aims to do.

Exploring Kirhen Bell, where the majority of the game takes place, feels quaint and relaxing.  Truly, it is a breath of fresh air to be able to just walk around the town and interact with a lively cast of characters, without feeling the pressure of having to save the universe from upmost disaster.  One could argue that the game has no point if the stakes aren’t that high, but I believe that the point really is to experience life in a way that you wouldn’t be able to in the real world.  That aside, there are points in the game where the stakes really do get high, but for the most part the point is to have fun and explore and work efficiently. 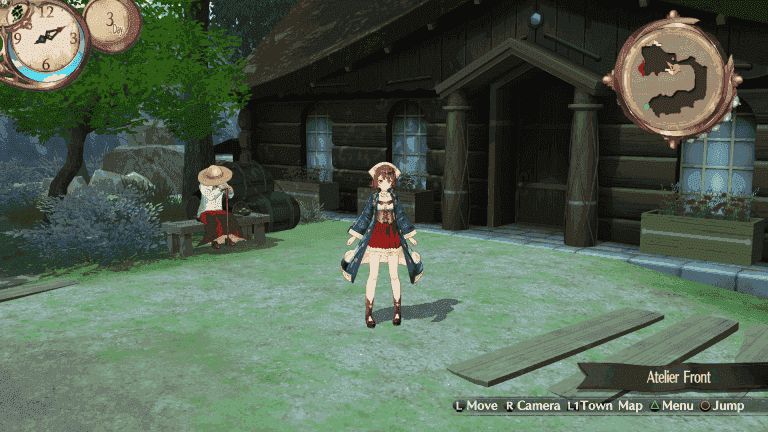 I mentioned that much of the game takes place inside the town of Kirhen Bell, but that does not mean that your adventure is limited there.  On the contrary, as an alchemist you need to explore and gather materials to do your job effectively.  As a video game RPG, how do you expect to gather materials?  Exactly, loot the baddies.

The world is full of monsters that are conveniently full to the brim of materials that you need for your brew.  Of course, it’s not as simple as traveling to X to kill Y to get Z, there are other factors involved in this game.  There is a time system in the game which composes of a day/night cycle and a 5 day week.  A monster might have an item that you need, but only at nighttime of the third day in a certain section of the world.  Want to talk to a certain person on the weekend?  Looks like they’re taking a break until the next weekday.  The time system really brings a new kind of immersion to the game.  You are living in a world and have to follow the world’s constraints. 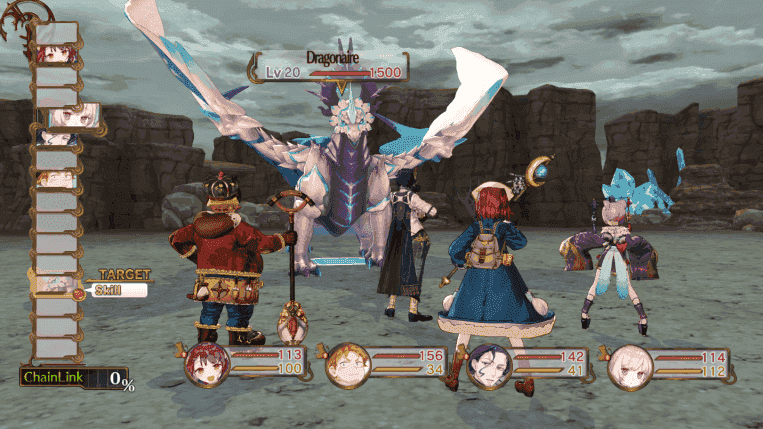 Like other RPGs, you can take on quests as simple as “gather X units of Y” and “kill X units of monster Y” to complex ones involving multiple parties and spanning the world.  All along the way Sophie is getting stronger, healthier, and more knowledgeable about alchemy.  Completing quests will often have an effect on the world that will make life easier for Sophie and her friends.  The simplest way to put it is to complete tasks in order to learn new recipes in order to complete tasks in order to learn new recipes.  Learning recipes involves a mini-game in itself which is a fun distraction from the main story.

While in battle, you can have up to four members.  Characters can either be in an offensive or defensive position in battle and characters receive bonuses depending on their stance.  Characters can attack, use items, and special abilities – all elements of classic RPGs.  The game explains the combat system well and it doesn’t take much effort to grasp, but it’s immensely fun learning how to completely master it in order to take down tough enemies.  In fact, all of the mechanics of the game are explained to you so that newcomers, like me, won’t be completely lost about how to effectively play the game. 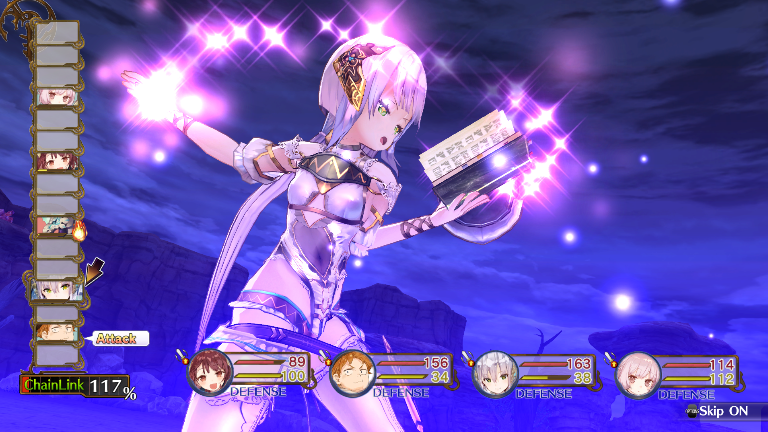 All special attacks come with an animation like this

A good question to ask is whether or not this game can be played by casual gamers or if only experts can do well.  There are four difficulty levels – Easy, Normal, Hard, and Despair – which each target a certain type of player.  The difficulty modes can be switched in the game, so you are not locked to a certain difficulty level.  Personally, I always go for the most difficult so I went with despair.  Honestly, I would have preferred the difficulty be locked on despair mode and unlocked on the other modes.  That way people who want to play it on the hardest difficulty would never be allowed the crutch of simply switching to easy mode.  However, I still think it is fine the way that it is and it does make the game more accessible.  There are no trophies based on difficulty, so there is no incentives to pick one over another except for personal preference and bragging rights.  But honestly, who are you going to brag to that you beat the game on despair difficulty?  I mean, I guess I’m bragging about it right now.  Ha!  I’m such a skilled player. 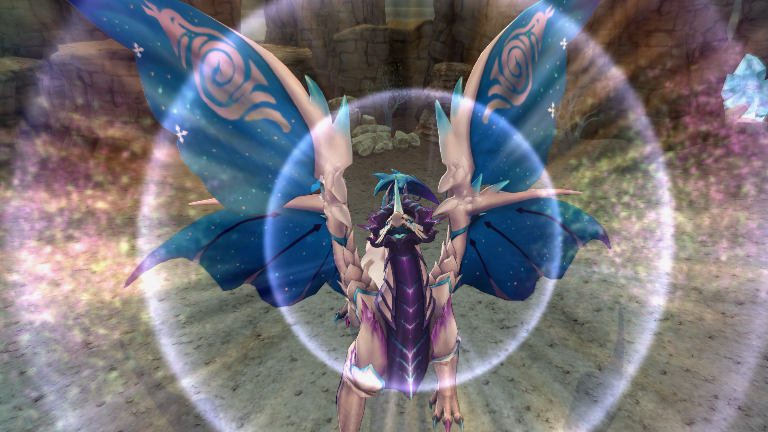 The styleized graphics really are impressive

The game itself can be beaten as quickly as 20 or so hours if you focus entirely on the story, but it can last much longer than that if you try to experience everything that the game has to offer.  At the time of this review, I’ve beaten the game and done quite a bit of exploring, but I feel the urge to sit down and continue playing.  I may even replay the game from the start one day, because, despite my preconceptions, I was wholly drawn in.

To sum this up, Atelier Sophie: The Alchemist of the Mysterious Book is a game that can be played and enjoyed by both fans of the series, newcomers, and even people who would otherwise not even consider it.  By being willing to open my mind and expand my horizons, I was able to very much enjoy a game that I initially overlooked simply by its box art.