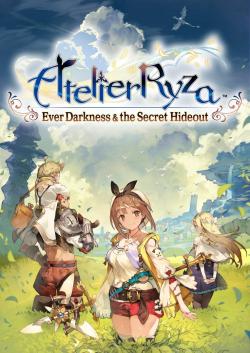 Atelier Ryza: Ever Darkness & the Secret Hideout is the twenty-first main game in the Atelier series and kicks off a new era for the series. With a story unconnected to any previous game, could this game be the greatest current entry point to the series while changing enough to be enjoyed by old fans? Let’s find out!

Atelier Ryza: Ever Darkness & the Secret Hideout has a very long title and an even longer history to live up to. This is the twenty-first game in the Atelier series that started with Atelier Marie: The Alchemist of Salburg which released in Japan in 1997. The fact that this game follows so many in the series doesn’t mean that one has to play all the previous games to know what’s going on. In fact, quite the opposite is true. The Atelier games are generally separated into sagas or “series.” Each series takes place in a universe separate from the others and any connections between different series are superficial. Being the first in what will probably eventually be called the “Darkness” or “Secret” series (calling it now) this game‘s story is unrelated to any of the previous games in the yearly series. This begins the sixth series, following the Salburg Series; the Gramnad Series; the Iris Series; the Mana Series; the Arland Series; the Dust Series; and the Mysterious Series.

The first main Atelier game for the Nintendo Switch was Atelier Lydie and Sophie: Alchemists and the Mysterious Paintings, the last of the Mysterious Series. This was followed up with the three original games in the Arland Series and Atelier Lulua: The Scion of Arland, the last of the Arland Series. I’m saying it now, for those new to the series who want to play a modern Atelier game on the Switch, this is the definitive game to start your adventure with. Unlike Atelier Lulua, a great game that was pretty much more-of-the-same, Atelier Ryza changes the formula just enough to feel fresh without steering too far from its roots. 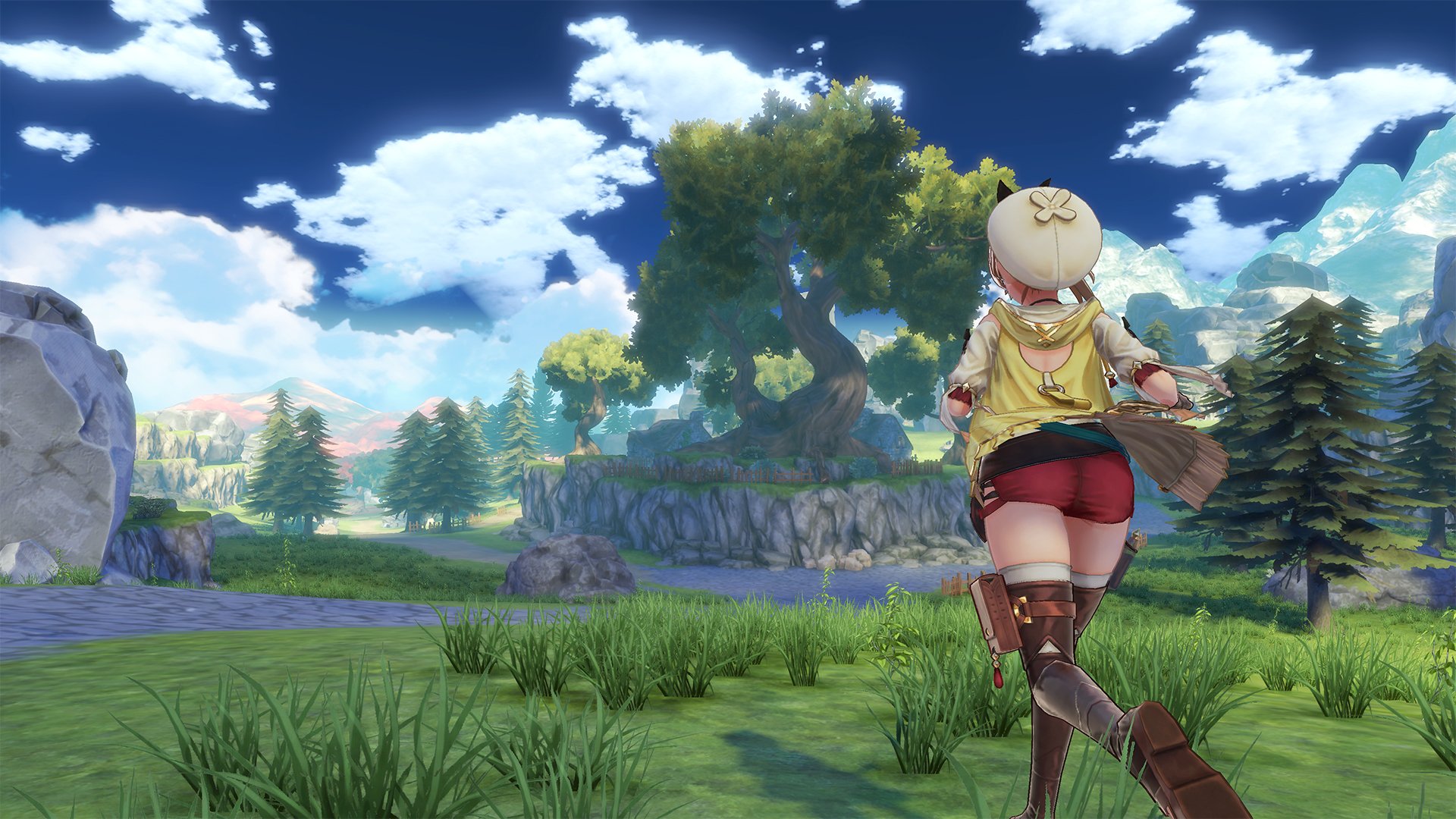 Starting off the Darkness (Secret?) Series, Atelier Ryza introduces us to Reisalin Stout whose name—probably unintentionally—reminds me of Riesling, a type of white wine; and Stout, a type of dark beer. But that doesn’t matter because her name is complicated and everyone calls her Ryza. Ryza is an excitable young woman who consistently struggles with her desire to escape the dull, traditional, and monotonous Island of Kurken. Early on, Ryza and her friends steal a boat to escape the island to go on adventures unknown. Little did they know, they would soon find themselves in the company of a magician who introduces Ryza alchemy which sets her and her friends down a path to save her hometown from destruction by a swarm of monsters from another dimension. The lightheartedness of the characters and environment really contrasts with the darkness of the plot, eh?

While Atelier Firis and Lydie and Suelle opted not to include world-shattering plots, Atelier Lulua had a much darker story. This title seems to have struck a balance between the two extremes, raising the stakes just high enough for the characters’ adventure to matter without making it unenjoyable for them. I may be willing to go so far as to say this is the best Atelier story since Atelier Sophie and it surpasses it in many ways. That said, there are of course some dull moments, but there are twists and turns to look forward to and the interactions between the main characters will consistently keep our attention. Like most Atelier games, the charm in Atelier Ryza stems from the interactions between the characters and their environment more than by the plot itself. 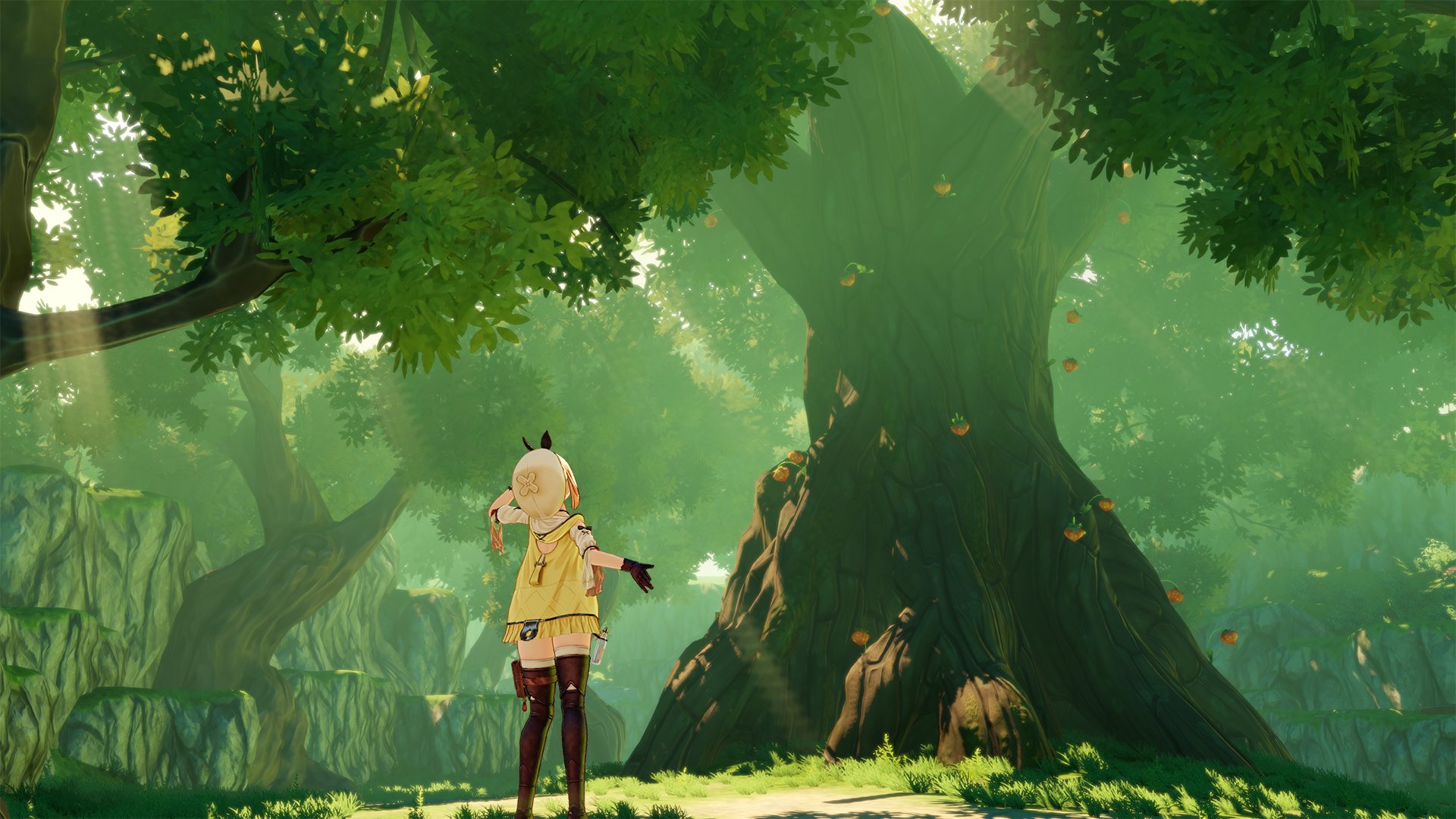 Wait, this is new…

Are you new to the series or have you played them all and think you know exactly what to expect? It doesn’t matter because this game throws many curveballs into the traditional Atelier formula that it is in many ways unrecognizable. Let me clarify, that is not a bad thing.

Well, for those unfamiliar, the Atelier series set the standard for item crafting RPGs. In each game, the main alchemist goes around the world collecting materials to combine them into new items. All the while making new friends, fighting enemies, fulfilling quests, and getting more experience as both an alchemist and a fighter. Being one of the main selling points of the series, each game’s crafting system is rich and, while each is slightly different, they are all interesting and fun to use. This title, more than any recent title, breaks the mold and sets a new direction for the series.

The synthesis system for example has had a complete overhaul. I started this series with Atelier Sophie in 2016 and have since experienced many of the prior titles. The synthesis system in this game is foreign and almost unrecognizable to those titles. The new system is very hard to explain, as the game itself is the premier way of learning how to use it. Those who don’t really want to get into all the mechanics can use the game’s autofill materials function and not worry about all the ins and outs. However, for those who want to get into the nitty gritty to make the best items, the system is rather intricate. Unlike previous games, instead of selecting raw materials and throwing them into the pot and arranging them in certain ways to get the desired results, in this game you utilize the materials to fill chains that increase the quality and traits of the final item. Again, this is something that needs to be experienced. Practice makes perfect and this would make for a very boring and confusing review if I tried to explain the intricacies of the synthesis system.

Whereas in the past you could only synthesize materials that you learn via recipes, this game allows you to use trial and error to create items that you do not have the recipes for. This is a welcome addition that allows players to get high level weapons, bombs, and armors rather quickly. You can also merge older synthesized items with newer ones so you are not constantly having to trash your old stuff. Reduce. Reuse. Recycle. 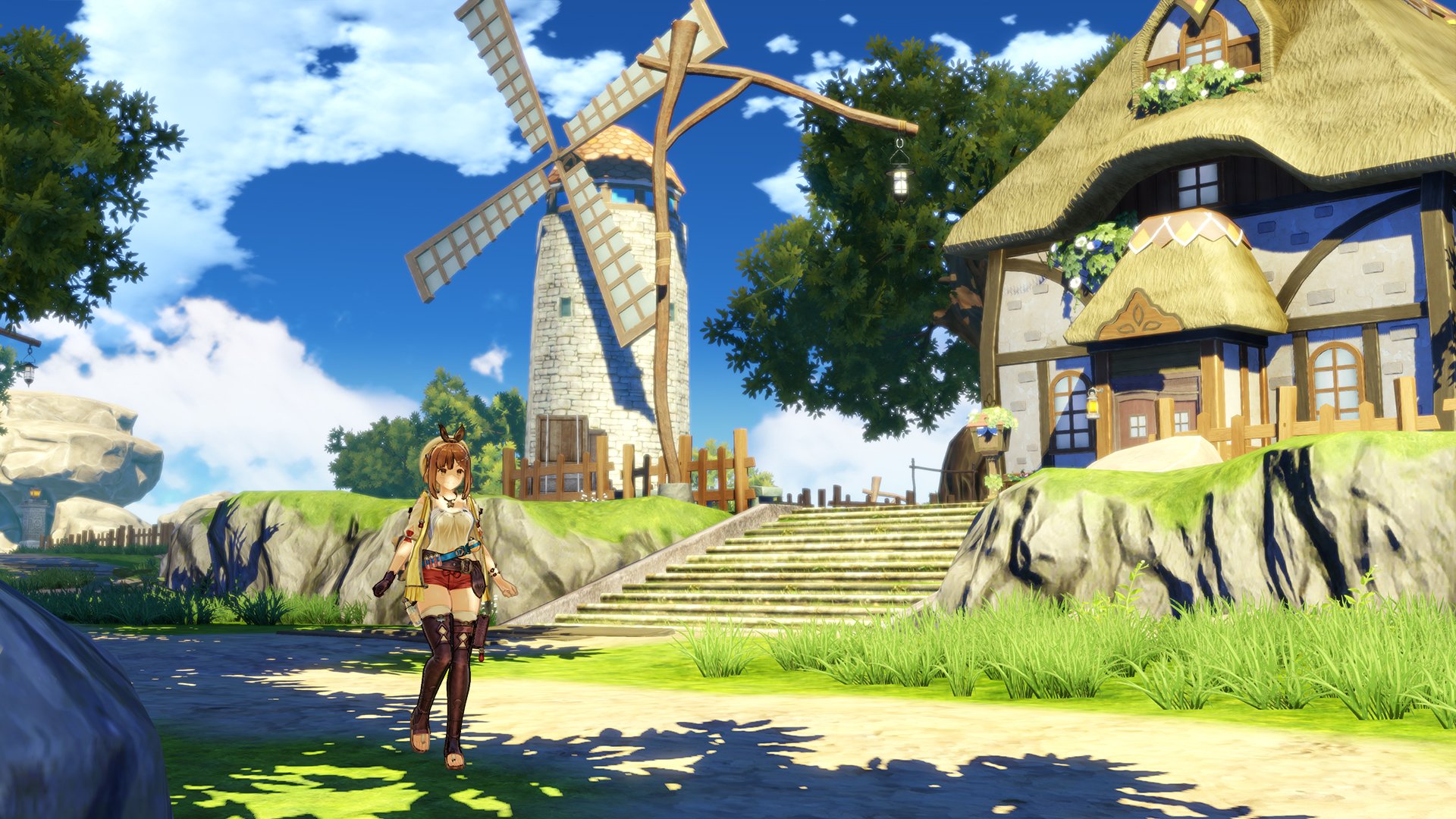 No Atelier game is all about synthesis. After all, you have to get those ingredients from somewhere! Throughout the game you will have to fight your fair share of enemies. The combat system is typical of a turn-based RPG. You buy/craft/upgrade your weapons and armor to fight monsters with your party to get stronger and obtain loot. Use that loot to create better stuff. Lather, rinse, repeat. The combat system has also changed from earlier titles, but it is not to the point that it is incomprehensible to understand. It’s still typical of turn-based RPGs. There are minor intricacies, but I often found myself overloaded with information and I was able to essentially ignore the timeline on the side of the screen and focus on smashing the enemies while letting the game decide who gets to attack next. This strategy works but many will want to try to master the new battle system. When you’re not fighting monsters and instead exploring the environment; you can gather materials by interacting with flowers, ore, pots, rivers, trees, or really anything in the overworld. As you progress in the story more and more areas become available.

I need to talk about something this game does that I didn’t expect to love so much. Unlike in previous games where the protagonist’s ateliers do not change much and are meant to fit the protagonists’ tastes, Ryza’s atelier can be remodeled entirely from scratch to fit your taste. You can change the colors of the hideout and completely decorate the Atelier to your liking. It’s a small change but it really makes you feel like you’re more involved in the story.

I don’t have much of a bone to pick with this game. Something that was expected, but still disappointing, is the lack of an English dub for this game. Instead, we’re stuck with the Japanese voices and English subtitles. The purported reason for this is because people generally used the Japanese voices anyway and it cost too much to dub it. And while the Japanese voice acting, at least to me as someone who speaks English, is very nice and the voices generally fit their character’s personalities, I can’t help but feel like some of the magic is lost in translation. 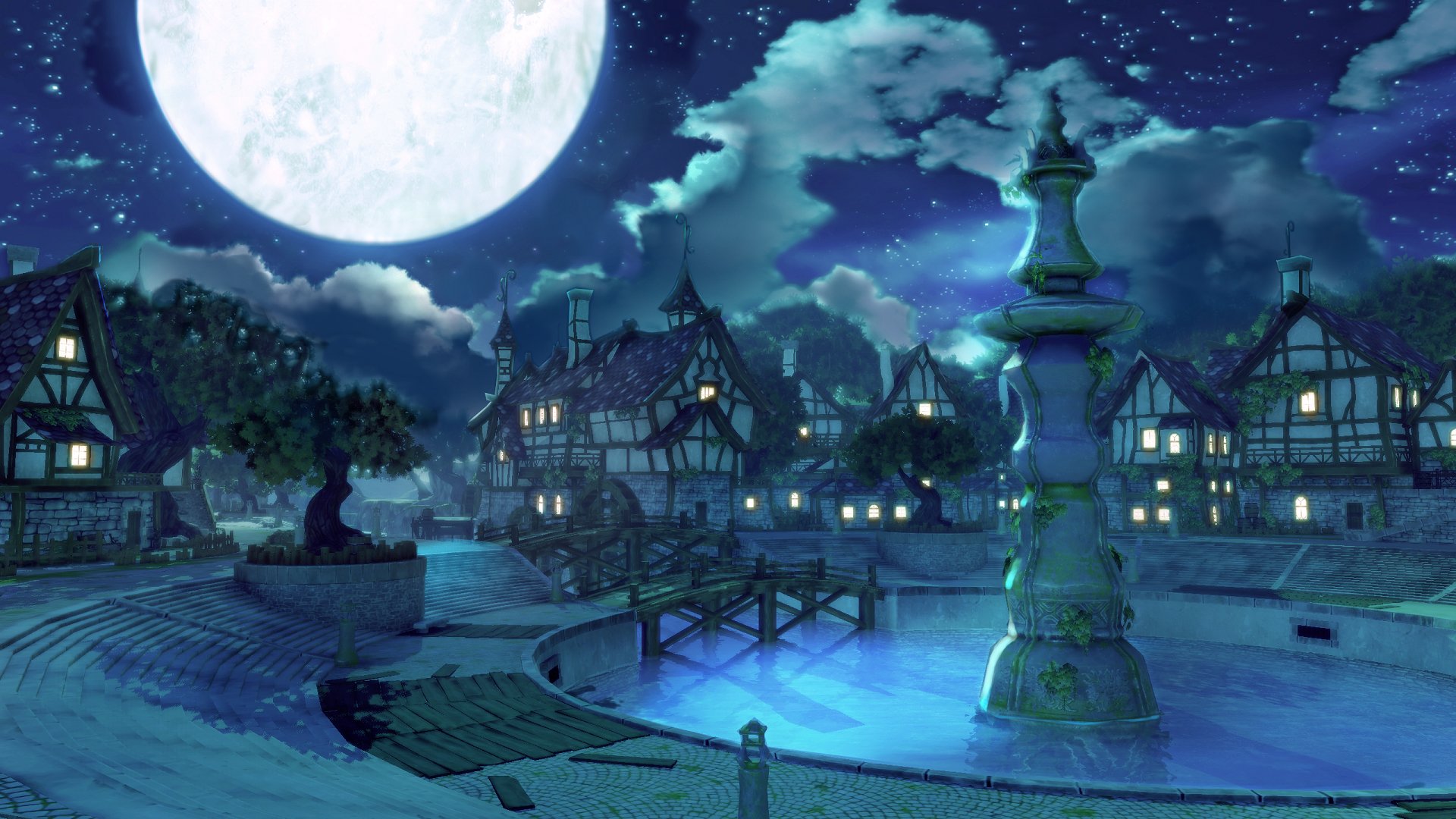 Atelier Ryza: Ever Darkness & the Secret Hideout is a game that can be enjoyed both by fans of the Atelier series, newcomers, and those who would otherwise never consider it. This is a great jumping in point as it starts an entirely new saga and is a completely self-contained game with a new plot, interesting characters, with just enough tweaked mechanics to make it feel new. This is a very enjoyable title and I can't help but recommend it.