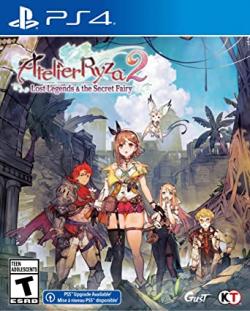 Being the most successful iteration of the Atelier franchise since Atelier Sophie, it was inevitable that the sequel to the hit Atelier Ryza: Ever Darkness & the Secret Hideout would arrive sooner or later. Now that the twenty-second main Atelier game has arrived, let’s take a look!

The title Atelier Ryza 2: Lost Legends & the Secret Fairy already tells us much of what we need to know about this game. It tells us that this is yet another game in the Atelier series; that it is a sequel to the Ryza line of Atelier games; and that this entry can now clearly be labeled the “Secret” saga. While it was obvious that this game was always going to be released, what might not have been so obvious is that it actually evolved the Atelier series in several notable ways.

For those who don’t know, the Atelier series dates all the way back to 1997 when Atelier Marie: The Alchemist of Salburg released to a Japanese audience. Like other JRPG series, one is not expected to play all of the previous titles (of which there are over twenty) before jumping in to the latest one. I, for one, had my first experience with the series in 2016 with Atelier Sophie: The Alchemist of the Mysterious Book, after being extremely hesitant to jump in because, well, I judged the Mysterious Book by its weeby cover. “This can’t possibly be my style! But hey, I’ll review it as a joke.” Let’s just say, there’s a lot going on with these games that aren’t immediately obvious on the surface. Luckily for us, Ryza 2 is no exception—and may be the best Atelier game since Sophie. 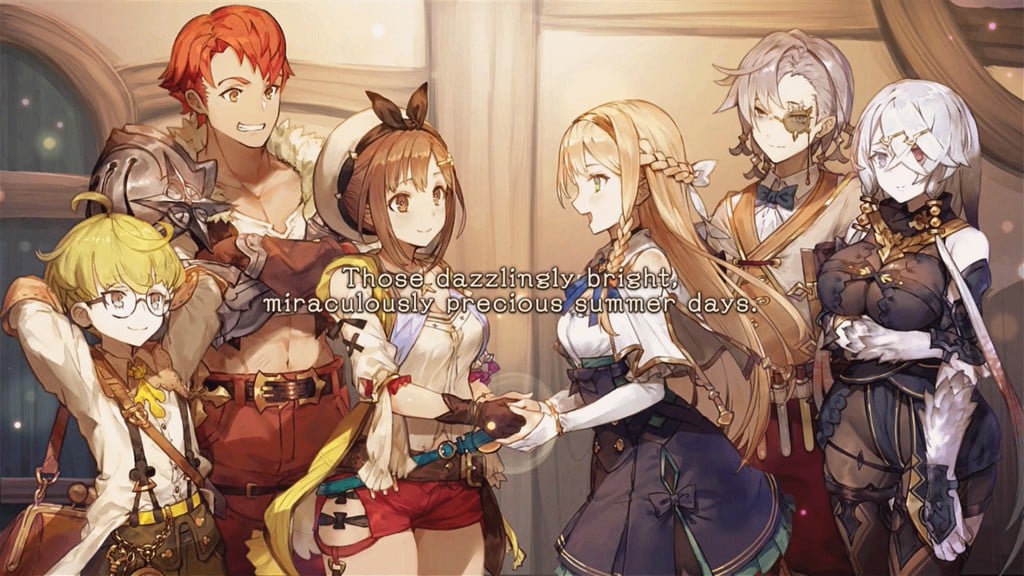 The first Ryza game introduced the series to a whole new generation of fans, largely due in part to the protagonist Ryza. I can’t put my finger on exactly what about Ryza attracted such a large new audience—it could have been her wild and tomboyish personality; the captivating plot and characters; or the new game mechanics… Okay, it was her thighs. People liked her thighs. However, everything else is true as well, because the game was highly praised by audiences and critics alike! Thus, while it may be hard to believe, this is the first time in Atelier history that we have the same main protagonist (as opposed to a supporting protagonist) twice in a row!

Unlike other Atelier games which are easy to pick up on their own, Ryza 2 pretty much expects that you at the very least played the previous title. This is because it takes place three years after the events of the previous game which, for those who are unaware, takes place in its own universe that is relatively unconnected to any of the other Atelier titles. This game shares the vast majority of its cast with the previous one and the plot progresses from the conclusion of that game. Because you are expected to already know most of the characters, their introductions in Ryza 2 are brief and you spend less time growing a connection to them as Reisalin (nicknamed Ryza) because, well, her fate is already intertwined with the fate of her companions. 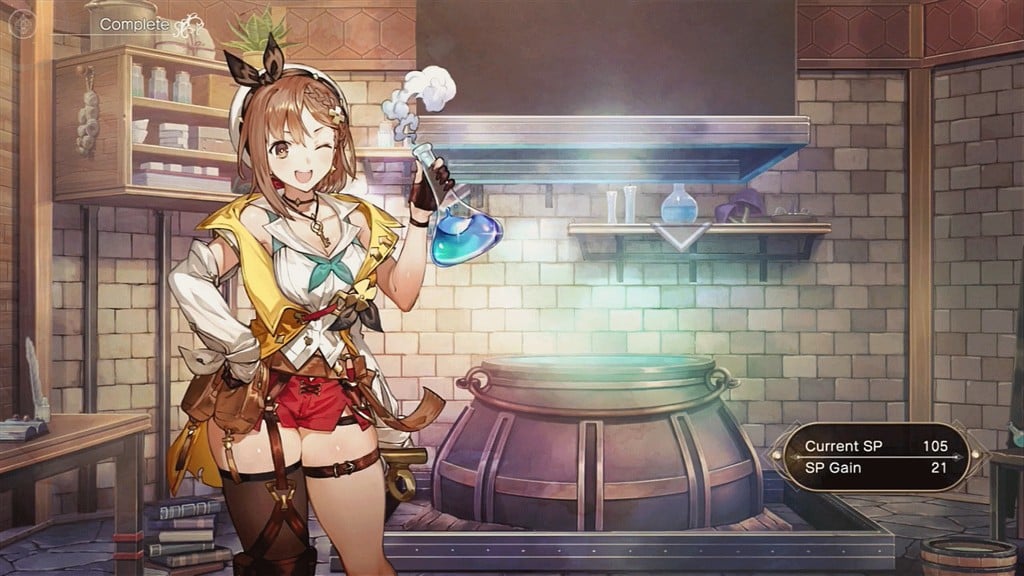 While her friends have gone their separate ways after sealing the portal to the underworld in the previous game, Ryza chose to remain in Kurken to live out the rest of her days as the island’s alchemist… until the call of adventure and her promise to her friends once again swept her away from her home. I will avoid diving into story spoilers but suffice it to say that, like most Atelier games, the story of Ryza 2 takes a backseat to the gameplay mechanics and the interactions between the characters. With that in mind, I found myself very captivated by the plot, which I found to be superior to the first game’s.

While the previous game changed the alchemic formula more than most previous titles have, this one further refines the alchemic system which is used to create objects and tools out of raw materials that you obtain while traveling and battling. The alchemic system is far less cumbersome than it was in the first Ryza game, and I found that for the first time since Firis that I consistently enjoyed wracking my brain over how to make the best weapons and armor (and whether the system could be properly abused). The crafting system of the first Ryza game has remained relatively unchanged in this version. While it is easier to visualize through trial and error than can be explained through text, alchemy is done using alchemic chains that are filled with the nodes of different elements to increase the quality and traits of the final product. 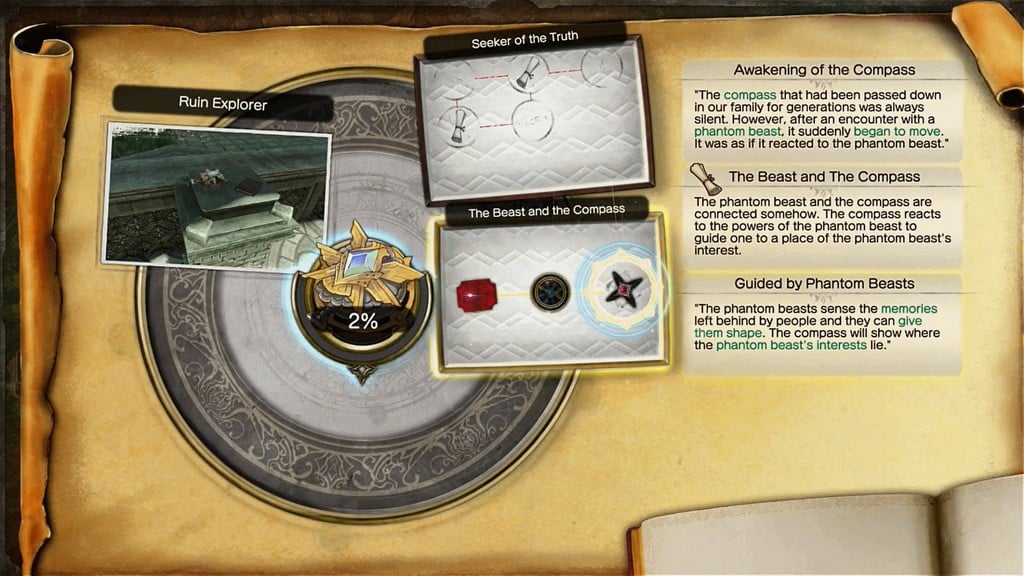 However, there has been a major change to the alchemy system that makes it far less grindy than in earlier games. In the past, certain products could only be produced through alchemy if your alchemy level was high enough. That is, you had to grind by creating many products in order to level up your alchemy to the point where you can make the item you desire. Ryza 2 has completely removed the alchemy level system and replaced it with a skill tree where SP that is gained through quests and synthesis can be spent to acquire recipes, synthesis techniques, and more.

Like the original, this title is not open world in the sense that Atelier Firis was, but the world is still vast. The areas are connected to each other using invisible paths and there are new exploration elements introduced here. For the first time, your character can swim as opposed to simply walking around underwater like in some previous titles. As you play, you will unlock new areas to explore in order to collect more synthesis materials and fight harder battles.

The combat system in this game has also evolved, becoming quicker and more intuitive to players that are new to the genre. You are able to switch between characters and control them at any time to use the skills and tactics necessary to beat the hardest enemies. It is not the most complex fighting system and, yes, it will ultimately become mindless with the rare exception, but I enjoyed the combat nonetheless. 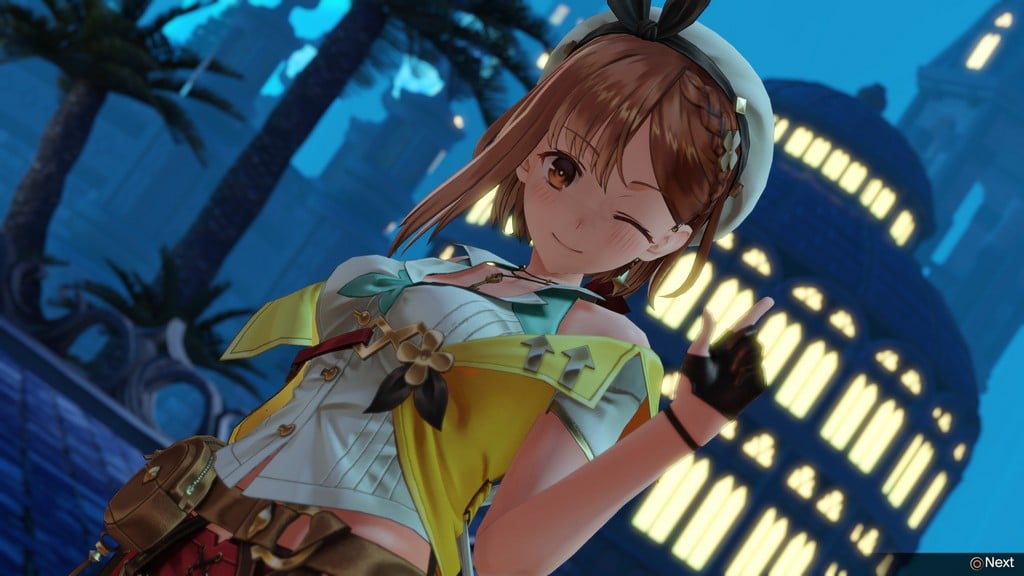 Like the last game, the main story of Ryza 2 is disappointingly short as it takes about 25 hours to complete (or about 60 if you are a completionist). Further, there is no English dub this time—a fact that many find to be a pro as opposed to a con. I still consider the lack of an English dub a con because I feel that it could be done correctly and as long as the Japanese track isn’t removed, there is no harm to come from having a dub.

I still hold Atelier Sophie on a pedestal as my favorite Atelier game, but if I could be asked to shove my nostalgia aside for a bit, I would be willing to say that Atelier Ryza 2: Lost Legends & the Secret Fairy is the best Atelier game to date. That said, if this is your first foray into the series, I would recommend starting with Atelier Ryza: Ever Darkness & the Secret Hideout as your enjoyment of this title will be vastly improved having played the previous game.