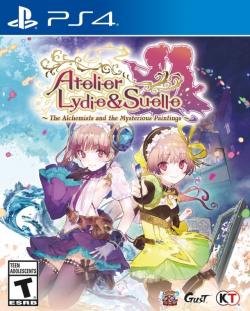 19 games and counting! I started off the Atelier series not knowing what to expect. However, as I approach the end of the third and final Atelier game in the “Mysterious Saga” I’m savoring every minute.

Atelier Lydie & Suelle: The Alchemists of The Mysterious Paintings ​
is the 19th installment in the Atelier franchise and the final one to round off the “Mysterious” trilogy. Like the previous two games this one is for the Playstation 4 or Vita. However, this is the first Atelier game that’s also available on the Nintendo Switch as well!
​

​
The first title of the trilogy, Atelier Sophie: The Alchemist of the Mysterious Book took many liberties with the series in an attempt to make it more approachable for gamers. Its sequel, Atelier Firis: The Alchemist of the Mysterious Journey was more of a return to form by bringing back elements from the older games that fans loved while keeping many of the features that attracted new fans. This game improves upon the mechanics that the previous games set up, but does that make it repetitive? Let’s find out.

Being the third game in the modern era, it is also the third one that I have personal experience with. By this point I understand the series enough to consider myself a fan, but this review is written with the intention to inform both longtime fans, new fans, and those with limited to no experience with it.

Let me start out by saying that even though this is the third game in the series, it does stand on its own. However, you can’t go wrong with playing Atelier Sophie and Atelier Firis first as the games are loosely connected. You can check out my 2016 review of Atelier Sophie here and my 2017 review of Atelier Firis here. You don’t need to feel an obligation to play the older games first because they all take place in different universes and any reoccurring characters are different characters than those from previous titles. But I do highly recommend starting with Atelier Sophie because it is still a great game and will give a better appreciation for this game. Even if you think that you only want to play one of the games and you’re not planning on getting it for the Switch, I would chose Sophie over this title simply because you can fully enjoy that story on its own and this one is somewhat hindered for those who haven’t played Sophie and Firis first. However, if you want the newest game or you want to play it on the Switch, this is still a great game and you’ll understand 95% of it.
​ 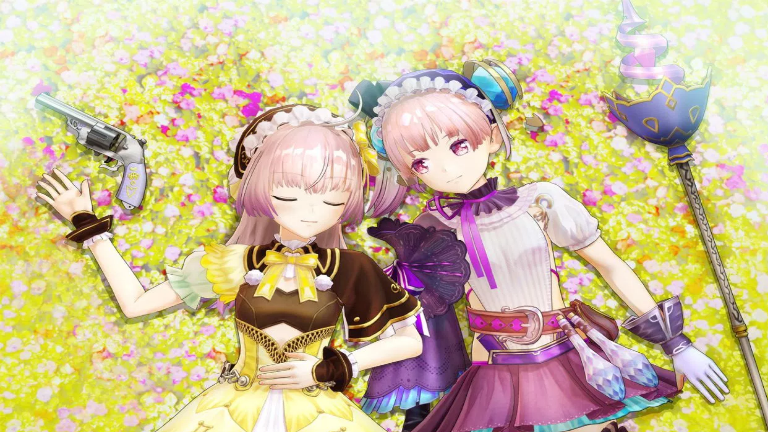 ​
This game stars two 14-year-old twin girls trying to make a living in a small town called Merveille. They’re aspiring alchemists working with their rather lazy father at a tiny atelier, taking requests from the townsfolk in order to make ends meet. One day they were attracted by a strange voice coming from their basement, that they were told they were never to explore. While down there they find a painting that pulls them into a world full of materials, monsters, and adventure!

This game, unlike the past few in the franchise, does not provide us with the option to switch to English voice acting. Instead, we’re stuck with the Japanese voices and English subtitles. The Japanese voice acting, at least to me as someone who speaks English, is very nice and the voices generally fit their character’s personalities. But from coming from the past few games that did have an English option, it was an adjustment listening to Sophie, Plachta and Firis in Japanese.

The fighting in this game, like most Atelier games before it, takes a backseat to the main feature of the series: gather and synthesizing materials. In fact, I found myself playing for over half an hour before I could even get into my first battle. Like the other games in the series it’s a turn-based fighting system with easy to understand mechanics. The fighting is barebones (especially early on) and consists of mashing “attack” until the monsters are defeated and you can walk away with some loot.
​ 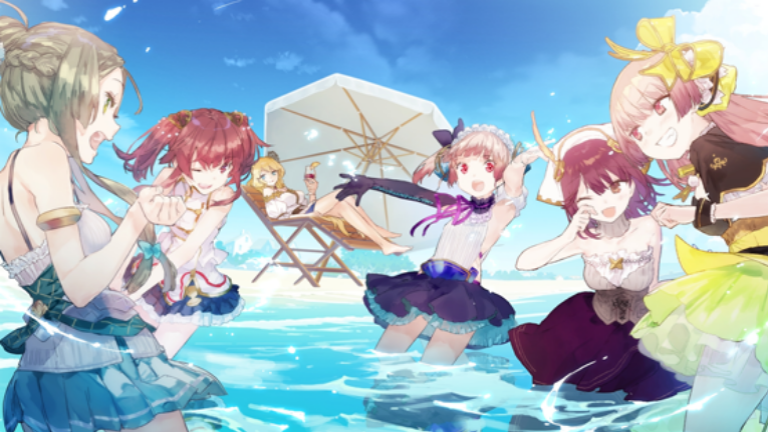 ​
However there have been innovations in the fighting system when compared to past titles. You can have up to six members in a party as a time (as opposed to four in Sophie and Firis) and players fight in pairs which allow players to try out the new Combination Arts and Battle Mix systems. The game explains the fighting system very well so I don’t have to go into much detail on that front. The fighting is fun, but again it’s synthesis that we care about. The game is about collecting materials to bring back to the atelier and synthesize into newer and better items.

It was an interesting move to allow us to play as two different characters in this game (harking back to Escha and Logy) but I feel that the move was successful. When you get tired of one character you can just switch to the other to spice things up. Their interactions are very entertaining to watch as well.

Unfortunately, while I think this is a fantastic game, I can’t quite put my finger on why I’m not enjoying it quite as much as Sophie or Firis. I feel like it could have done a bit more to differentiate itself, but instead it feels like more of the same. I like it for the same reasons that I like the previous titles, but this title hasn’t done anything outstanding on its own. That’s not to say it’s a great game, it just means that a newbie to the series might as well start off with Sophie.
​
Launch Trailer
​
Verdict
MarkDarkness and Txustra like this.
Like this review