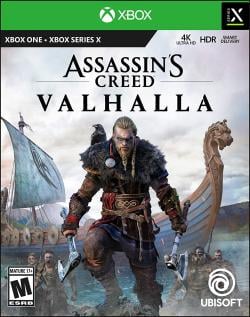 The moment that Assassin’s Creed II was released, and the millions of gamers had been introduced to Ezio Auditore, Ubisoft knew that it had struck gold. New game after new game would follow rapidly on a yearly basis, until people had felt that the quality of the series had taken a nosedive, and Assassin’s Creed became everyone’s go-to joke when it came to unfinished, rushed out, recycled video games. Since then, Ubisoft has tried to take the series in new directions, whether it was meant adding pirates and ship sailing, online co-op, or, most recently, RPG-style narrative choices. When it comes to Assassin’s Creed: Valhalla, the latest entry into the long-running franchise, this time I would go so far as to say it’s hardly Assassin’s Creed anymore.

Yes, it does still tell the age-old tale of Templars vs. Assassins, and you get to climb large towers and take giant leaps of faith off of them, but the newest Assassin’s Creed game feels more like another company’s spiritual successor to Assassin’s Creed, rather than anything else. And that’s not a bad thing at all. While Valhalla has taken some drastic evolutionary steps that clearly differentiate it from prior games, these same changes are hugely appreciated to see, given how the series had stagnated over the years.

It starts off with you being thrown right into the start of the story which plays out in Ubisoft's typical "walk here, watch cutscene, walk here, watch cutscene" style. I expected to jump in and start wandering around a quaint starting city, getting to know the world and it’s people, much like Florence or Versailles that had come before. Instead, the story played out much differently, with the main character being taken as prisoner, escaping during some ensuing chaos, and being left to wander in the snowy mountainous landscape (no, I didn’t accidentally start playing Skyrim instead). Even the pacing is different from the classic Assassin's Creed titles, in a way. You won't really get to know where you are or have much reason to care about the world right off the bat, though it also means the game doesn't waste time with tutorials; once you're out of the first main cutscene, you're free to start actually exploring and doing whatever you please. The world-building comes later, when you're ready to appreciate it. 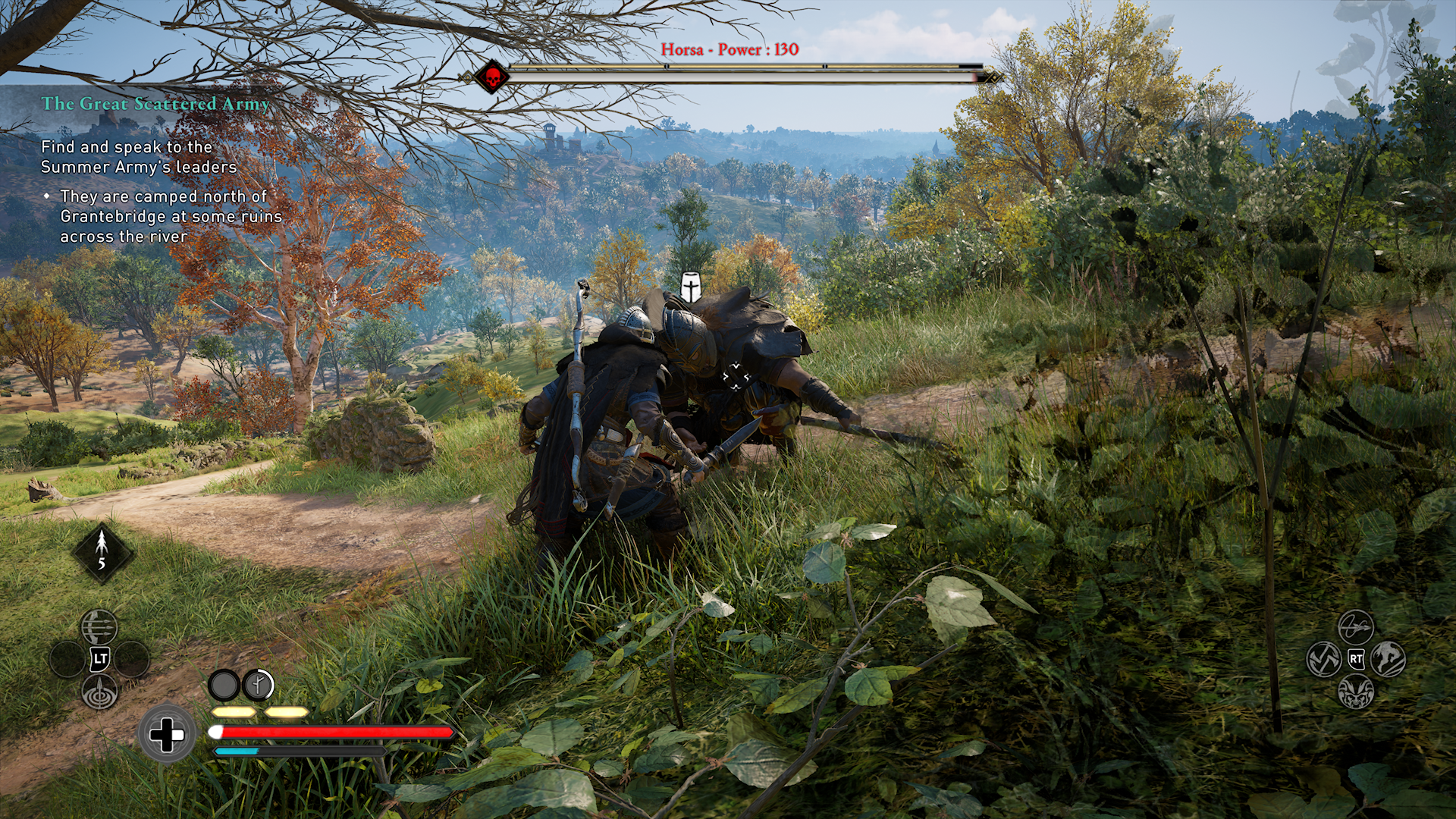 Combat has previously been one of the worst aspects of the Assassin's Creed games. At best, they're button mashers, and at worst, they're wait for your enemy to attack and press counter to win simulators. Valhalla has entirely changed that. The battle systems have evolved since the major changes introduced in Origins, and thanks to the variety of weapons you can wield--swords, axes, spears--it actually feels like your attacks matter. Not only do they feel drastically different to use, but each of the weapons in Valhalla have stats and secondary effects, whether it's a great axe that's incredibly slow, super strong, and has critical damage boosts, or a spear, which is fast, has good range, and increases your dodge speed. You're given the complete freedom to walk into battle wearing two shields for weapons, if you feel like it.  Finding new gear or coming across better versions of your current equipment is exciting, and it ties in with all the exploration you'll be doing. Perhaps a raid will lead to you finding a new weapon, or maybe it'll make it worth venturing into the dangerous snowscape in order to see what you'll discover.

Weapons aren't the only aspect of combat that have been overhauled; since you're a viking, you're going to be spending dozens upon dozens of hours hacking and slashing at anyone who dares challenge you. The actual mechanics of battle, from enemy types to your own controls matter a lot, and thankfully, Ubisoft seems to have handled both quite well. Valhalla has many different mooks and grunts to throw your way, from your everyday archers or bandits, to stronger, more terrifying "berserkrs" and men-at-arms. These encounters are varied, since each of these enemies wield different weapons, have special weaknesses, and even have unique attack patterns--a great addition to keep the game from feeling mindless, and offer some challenge that'll keep you paying attention to who you're about to take on. 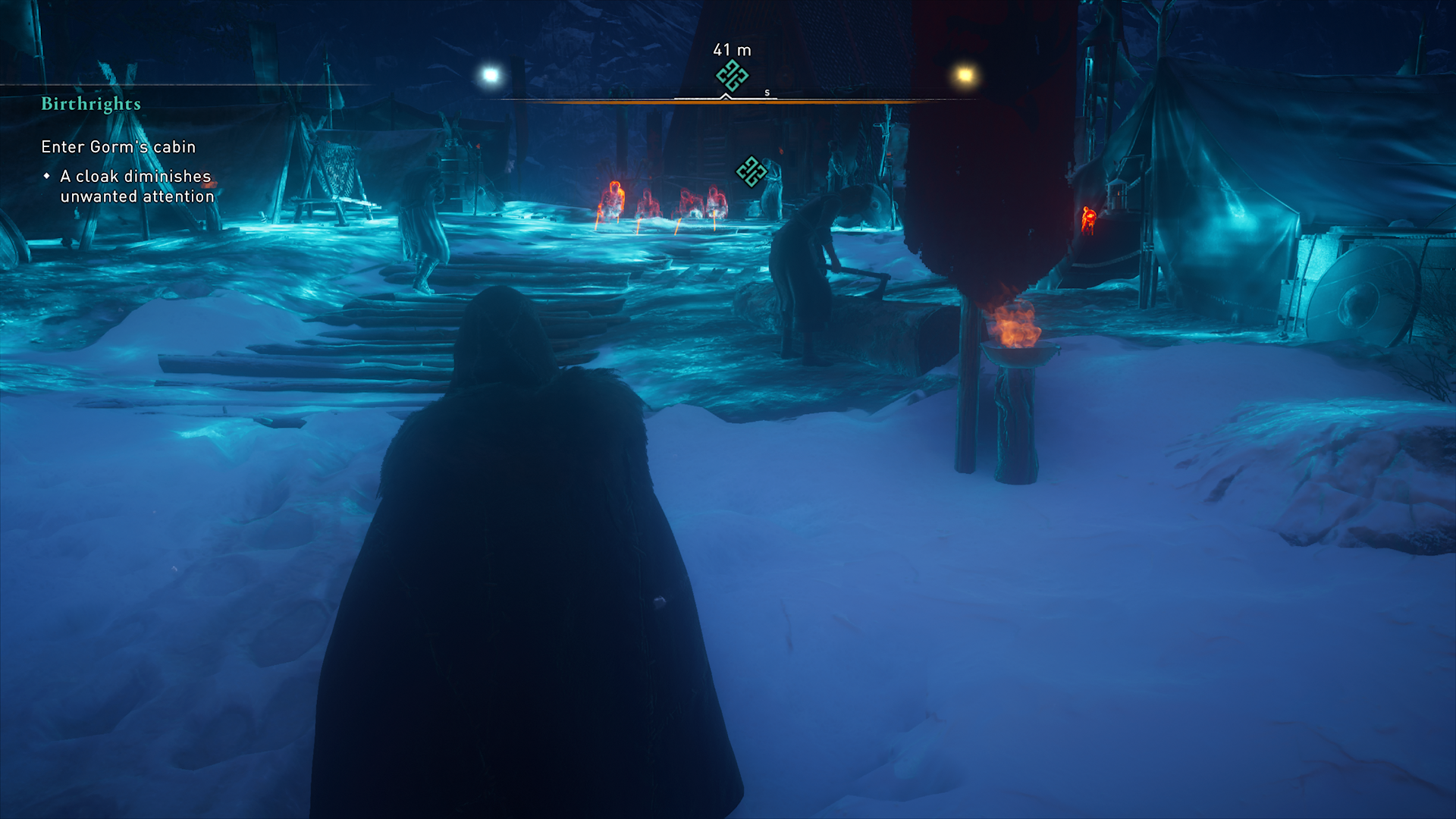 As you make your way across Norway and England, you'll run into all sorts of things to do--a genuinely staggering amount of side-quests, random events, and mini-games, not to mention all the time you'll spend fiddling with your intricate skill tree and abilities, changing out your gear, building up your settlements; you're never left bored in Valhalla. Ubisoft has crammed in activities for you to do at every turn, and while it may feel a little overwhelming, you're also given the freedom to take things at your own pace. If you're not in the mood to progress the story, then you can go back to your main settlement and play a round of Orlog--a dice-based strategy game--against your fellow vikings. Having all these little activities scattered throughout the world helps to balance out what would otherwise be monotonous pillaging and constant gory fights for glory.

Assassin's Creed and narrative have a tendency to be a bit of an explosive mix. With the earlier entries attempting to balance a side-story about the present-day adventures of the latest magical artifact and the modern Assassins and Templars attempting to take it for themselves, recent titles have tried to carry on that story only for it to meander awkwardly throughout each subsequent game. Just as it always has, any whispers of the Animus and potentially being yanked out of it distract heavily from the main story of Eivor and the Raven Clan of vikings. It's especially jarring, because Valhalla's narrative is actually quite good. At the very least, the game doesn't have many instances where it actively forces you out and makes you go back to the present day story, but it still feels irksome when it does happen. Since you have a main settlement to come back to and build upon, you'll be returning to it frequently throughout the story, and when you do, it has this familiarity of coming home after a long journey. There's reoccurring characters that you can catch up with, play mini-games with, and just see wandering about; it's Assassin's Creed II's Monteriggioni, but majorly improved upon. 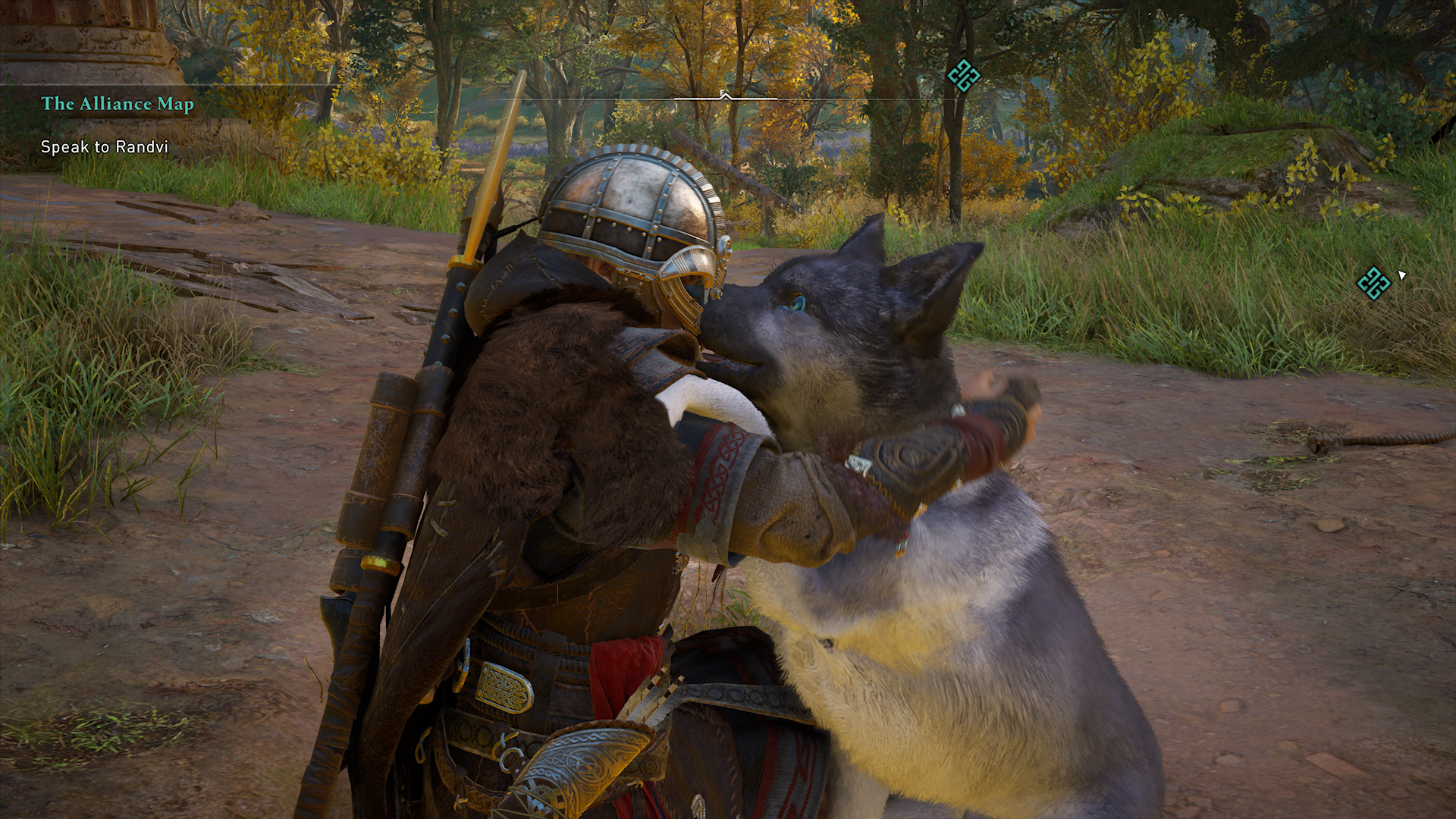 For the last few iterations of Assassin's Creed, Ubisoft seems to have been focused on learning from their previous mistakes, while also shifting the series into less of a pure action game and more of an action-RPG. There were many instances during my time with Valhalla that I forgot I was playing an Assassin's Creed game, and had instead felt as if I'd just picked up a AAA open world RPG. After so many years of the same game being repackaged as something new, Assassin's Creed: Valhalla is a revitalizing entry that proves that these games can improve, can evolve, and can still be great.