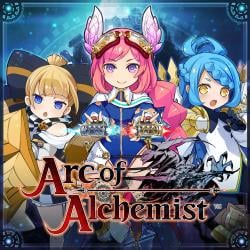 Journey to a world in ruins in this generic tale of woe and suffering.

Idea Factory are a company I love to see. Though somewhat formulaic, the games they publish appeal to a specific audience, and they know how to hit the mark. From Hyperdimension Neptunia to Moero Chronicle, I've enjoyed and eagerly anticipated their games. They're by no means for everyone, but they hold a special place in my heart all the same. As with their other titles, I loosely followed Arc of Alchemist's PR campaign across social media, quietly looking forward to what I hoped would be another by the books Idea Factory game, unknowing of what was to come.

As openings go, Arc of Alchemist sets out as it means to go on: poorly. From so much as the introductory cutscene, you can tell you're in for a choppy experience, and that's putting it lightly. For me, the game falls short in three primary areas: plot, performance, and gameplay. 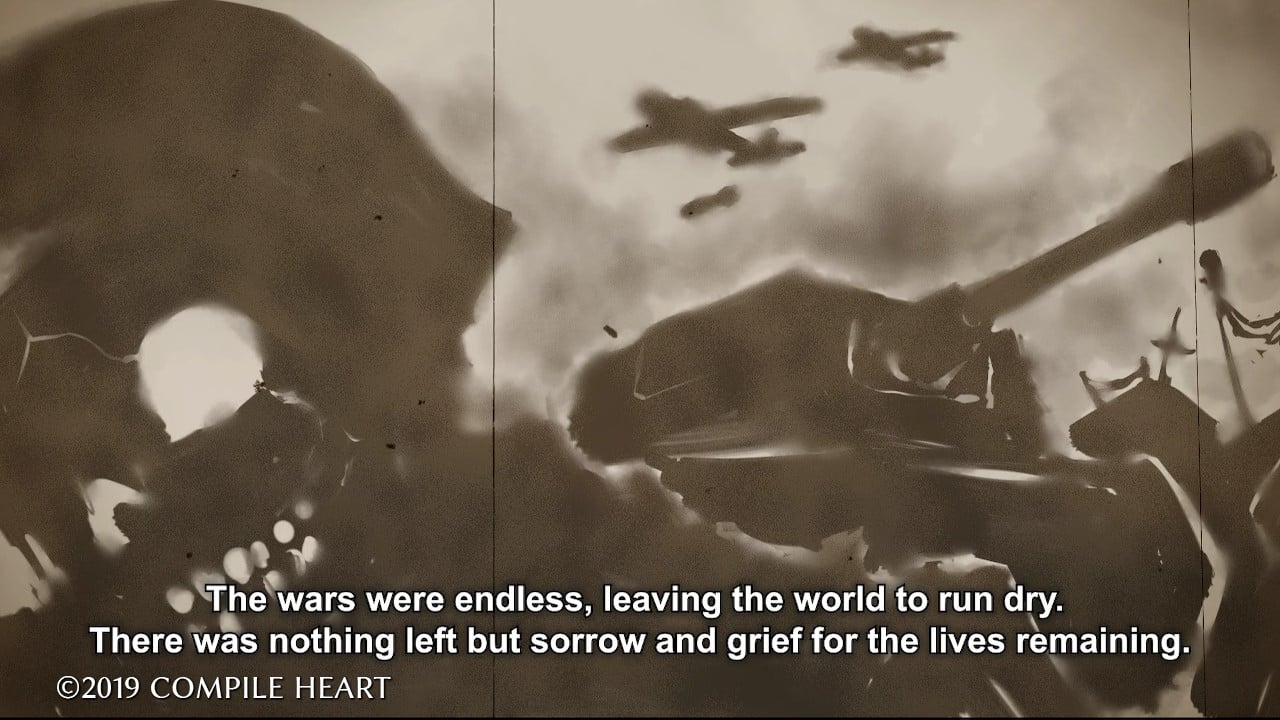 On the surface, the game's plot has a great number of interesting points. You have a post-apocalyptic environment with a bit of backstory to how the planet got this way. Wars, destruction, all that good stuff. It's incredibly standard, and as I said in the introduction, that's not always necessarily a negative point, especially with Idea Factory games. The backstory of the world behind you, however, you're thrown into what feels like the middle of an adventure. You join a party of adventurers in the middle of a desert, the creatively-named "Abandoned City." Why are you there? To find the also brilliantly named "Great Power," in hopes of reviving the world…or something. In all honesty, though uncreative, the character motivations aren't where I find issue; it's standard, but it can work. Where the plot leaves me wanting is in how we appear to join our party in the middle of some grand quest, not at the start. They refer to each other with titles, and sometimes ranks. Some party members are older, some are younger, but we don't really know anything about them. Much like a standard RPG plotline, this kind of setup can work. I understand the benefits of starting a story mid-way as to jump straight into the action, but it requires effective writing to prop it up. What does Arc of Alchemist give you? Exposition, or simply nothing at all. "Ah thank you Character B, I knew I could count on you, my best friend of six years whom I grew alongside in the great caves of Brighton." I'm being facetious, sure, but at times it really does feel forced to that degree. You see the characters work together, even sometimes with short attempts at comedic skits, but it all falls flat when you're not invested in their personality or wellbeing. There's a chance this improves later into the game, but I didn't make it far in at all. 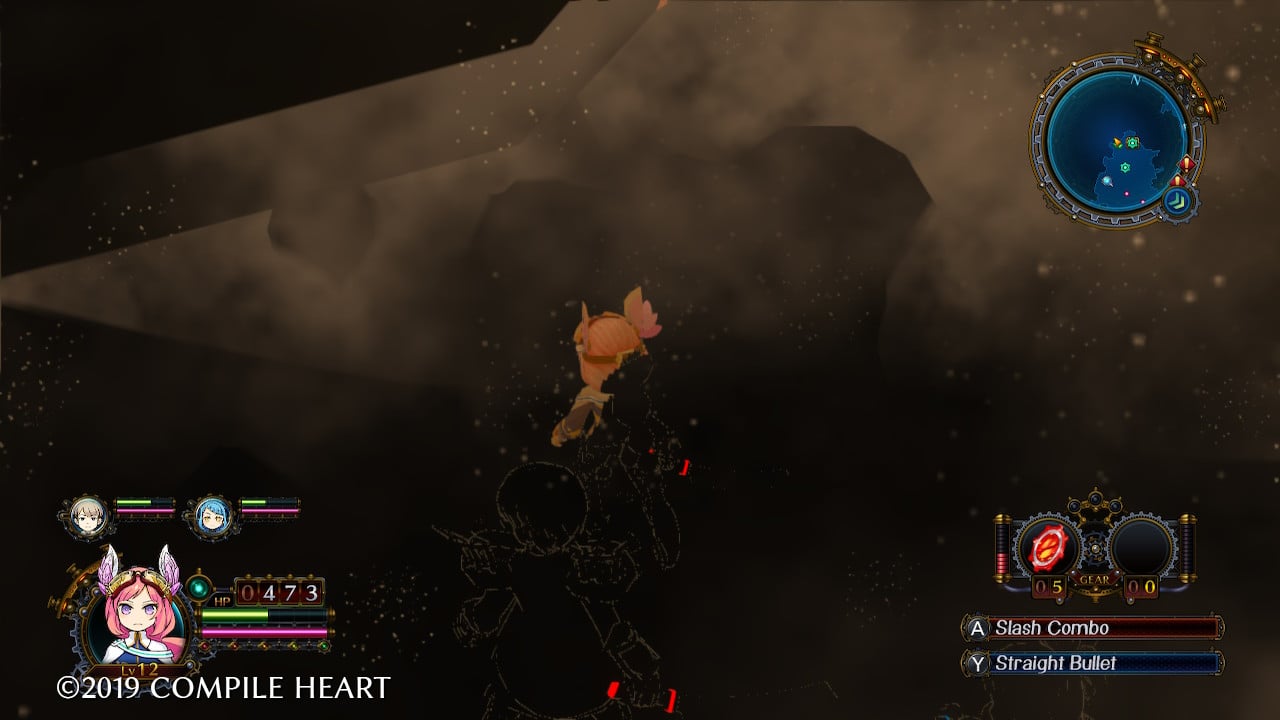 This is how shadows work right?

When reviewing games, I don't always feel it necessary to play to completion. This is a divisive point among some, but to me there's often a point where I think "yep, that's it," where the ideas are fully formed and the game has presented itself in a way of such consistency where I can feel confident in my opinions. With Arc of Alchemist, I didn't get to that point, and as such, the game may improve down the line. What stopped me playing here was the performance, and I can say this isn't something that frequently holds me back. Arc of Alchemist is nauseating, at least on the Nintendo Switch. With a framerate encroaching on that of a 2007 gif, I struggled through headaches to even play as much as I did. It's an utterly vile experience I couldn't recommend to another person. Having a brief look online, the PS4 version looks tolerable, but sadly that isn't the version I have in front of me. As it is, I would say this game should have never seen a Switch release, and I say that with a heavy heart. Visually, it does a few interesting things, but I don't see how any single technique would make the game perform so poorly. The system has had far more taxing games grace its shores and has handled them admirably. I can only hope a patch will come, but I'm not holding my breath. 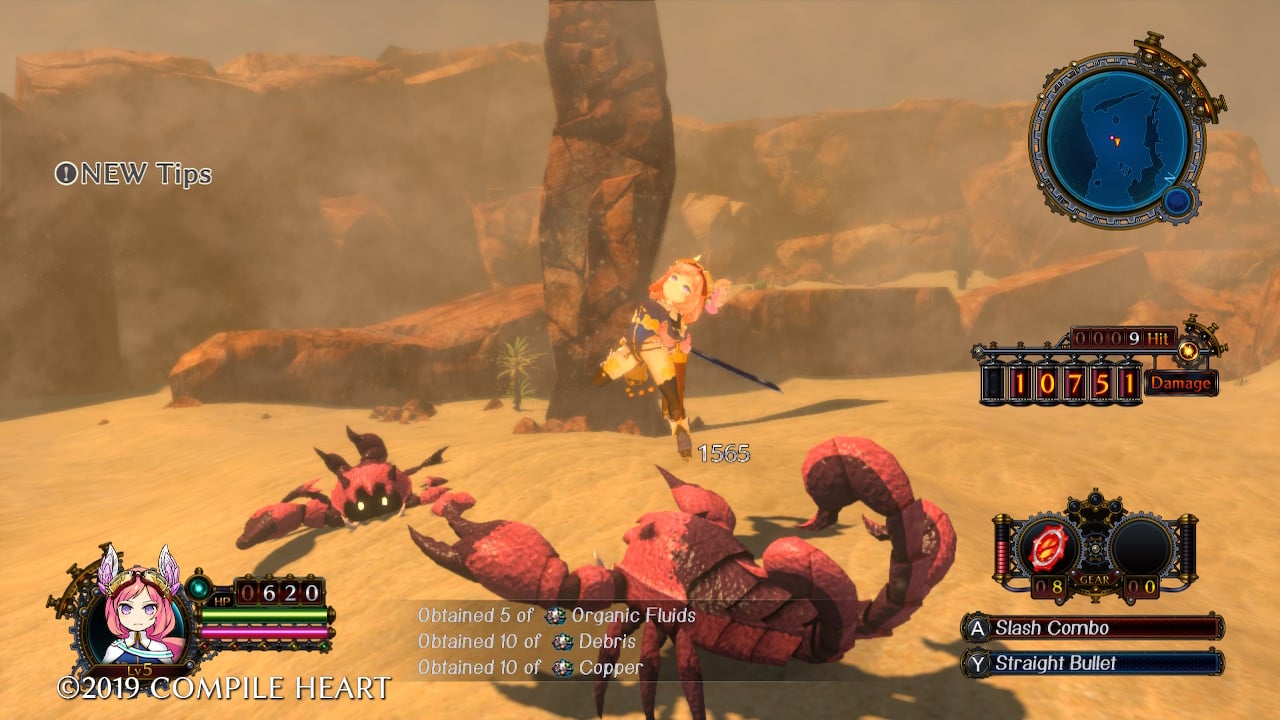 Looking at the gameplay, I find myself conflicted. As an ARPG experience, it's barebones. The combat is about as simple as it could be, but in this simplicity I do find some semblance of satisfaction. I'd compare it to the joy of playing a Warriors game, it's mindless. Mash A for a melee combo, hit Y for a ranged attack, maybe reposition yourself in battle if you're that way inclined. It's fun to beat up enemies, and I feel they did a good job in the feedback you get as you do so, but that's about it for depth. You gain experience as you win and you level up every so often, but it doesn't feel as though the levels do anything. Where the feedback for fighting enemies is satisfying, there's really little fanfare for level up. It's a case of looking back at the game and thinking "huh, the number got higher." Ultimately it fails to keep you hooked on this combat because it just feels like you're making no progress. Alongside your standard combat, there's some base building and character customisation via equipment loadouts possible, but I wasn't able to experience much of this myself with how much time I spent with the game.

All in all, Arc of Alchemist is a great crater of squandered potential married with a completely unpolished user experience. What good is here is completely outshined by the game's performance issues, resulting in something really quite unplayable. It's a shame. I want to see more of Compile Heart on the Switch, more of Idea Factory. I want to see Neptunia grace the system, but not like this. I can only hope they look constructively on what went wrong here and use the information to ensure it never happens again. I know they're better than this.