Smart glasses are starting to look smart, with the fashionable Anker Soundcore Frames.

For some, True Wireless earbuds are enough to satisfy the need for listening to music on the go. Others, however, might be left wanting something more unique. Those are who Anker seems to have been targeting, with the release of the Soundcore Frames--glasses that function as both shades and as an audio device. Companies have tried their hand at making glasses with smart features before, whether it's Facebook's AR-focused Ray-Ban Stories or Bose's simplified music-centered eyewear. The Soundcore Frames are akin to the latter, offering a mix between a headset and glasses, with one particular standout feature that we'll get to.

To start, Bluetooth audio glasses are definitively a niche product; they're designed for certain use cases, not as an end-all-be-all replacement for earbuds or headphones. A situation I could see these being ideal for would be if you needed to have full awareness of what's going on around you, whether it's taking care of someone who will be calling for you constantly, or biking or walking outside near traffic. In either of those cases, earbuds wouldn't be preferable, as they'll likely block out the sounds that you want to hear. The Soundcore Frames strike the perfect balance, because there's nothing blocking your ears, but the way they're designed allows for you to listen to songs or podcasts without bothering anyone nearby. 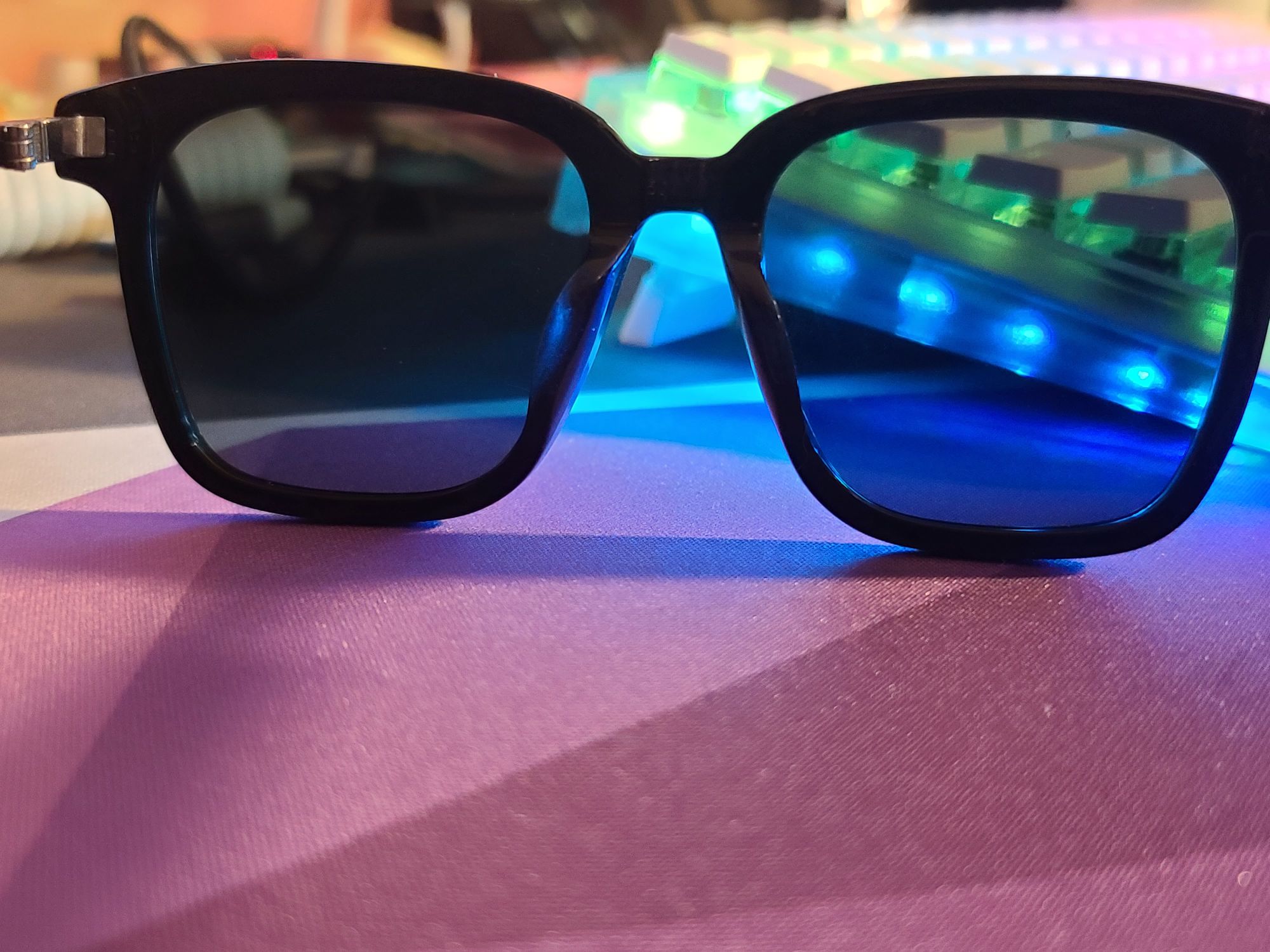 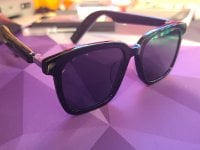 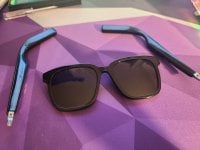 That's because the glasses have a small speaker nestled on both sides of the temples. When you put on the frames, they automatically detect that someone is wearing them, and connect to your device. As the speakers are right next to your ears, you'll be able to hear whatever you're listening to once you start playing media. This design means that the speakers are going to have a little bit of sound bleeding out, but they do an incredible job of sounding clear without actually being in your ear. Anker also has an app that goes with the Soundcore Frames which lets you tune the EQ and turn on a privacy mode, which significantly helps in getting rid of most of the sound bleed, even in a quiet room.

Considering the size of the speakers and the fact that they're not directly in your ear, I wasn't expecting the Soundcore Frames to sound as good as they do. You're not getting audiophile-level quality, but the glasses can really surprise you with how great podcasts can sound through them. Vocals and voices definitely stand out the most--in my case, I used them primarily for Discord calls and podcasts--but it's also no slouch in terms of music overall. The only time I felt a little underwhelmed was when I was expecting anything bass-y. Even though you can try to tune the EQ to get more bass than the standard preset, the Frames definitely lack in that department, but it's something easy to forgive when you realize you're listening through two pieces of plastic on top of your ears. Besides that, they're great. 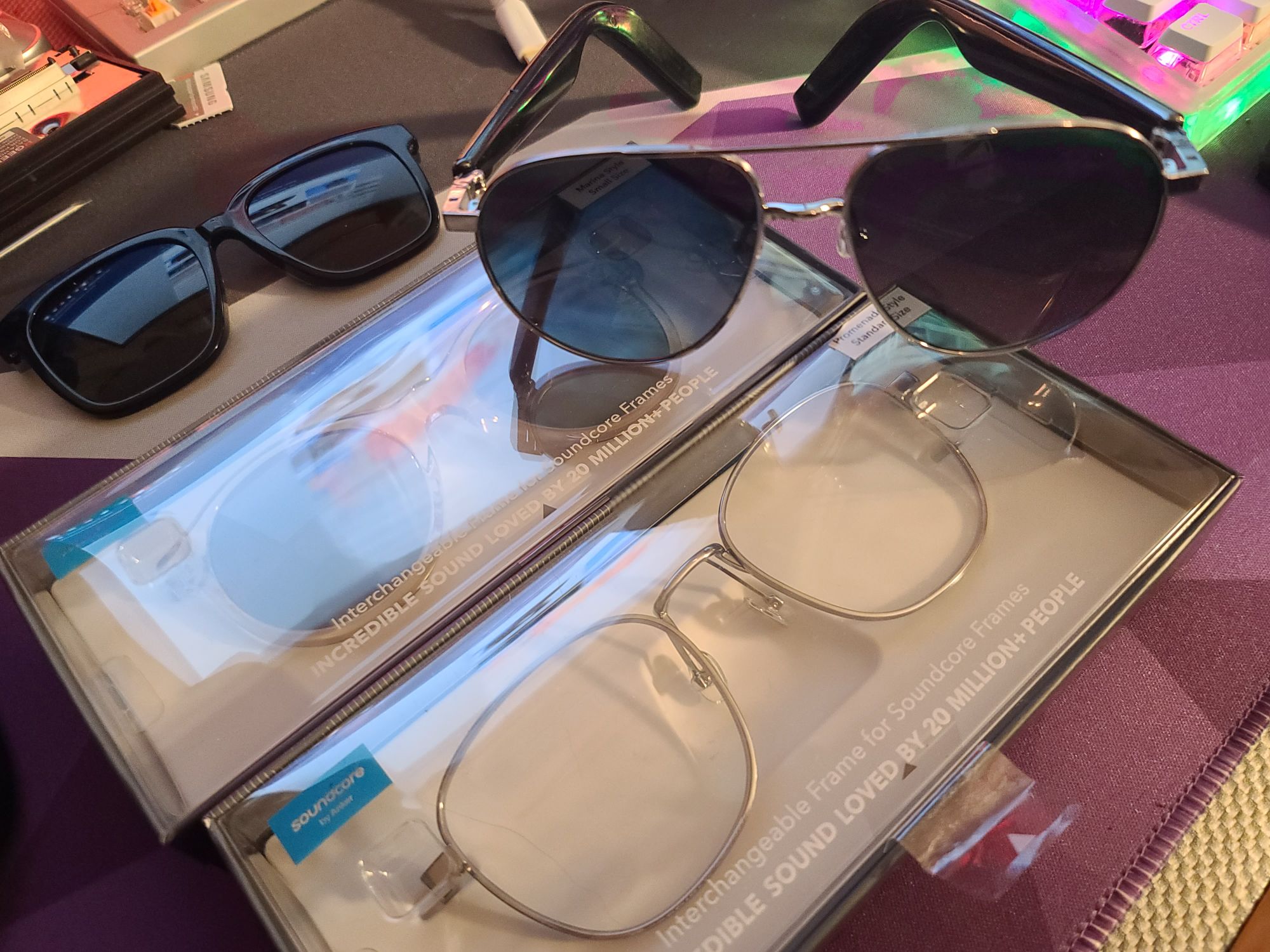 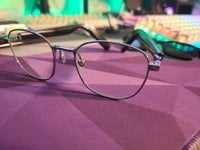 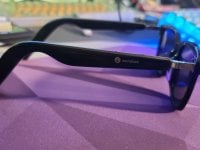 Of course, sound is going to be the most important part of these Bluetooth glasses, but looks and style aren't that far behind, given you don't want to look too dorky walking around with your smart glasses. The most interesting feature of the Soundcore Frames is their ability to swap the lenses out for other designs. Anker has a variety of different fashions available for the glasses for whatever look you prefer. I found the traditional sunglasses to look the best, but the tinted blue outdoor lenses were cool, and while they're hard to pull off, the aviator shades were also very nice. There's a ton of different choices, and the customizable aspect really makes them usable in any situation.

Since all the technology is stuffed into the two temple frames, they're a little chunkier than the average temples on a pair of glasses, but it's hard to notice when you're wearing them, and they don't visibily stand out too much when worn, either. They're lightweight and easy to wear. Right next to the speaker is a long magnetic charging port, which is a proprietary connector. I can understand why--it'd probably be a huge challenge to have a USB-C connector in something so thin, but that means you've got to keep one extra cable on hand to keep the battery level topped up. Speaking of which, you'll get around 5 to 6 hours of use time with the Soundcore Frames between each charge. The advertised 5.5 hours of battery doesn't sound too impressive, but it's about standard for these kinds of wearable devices. 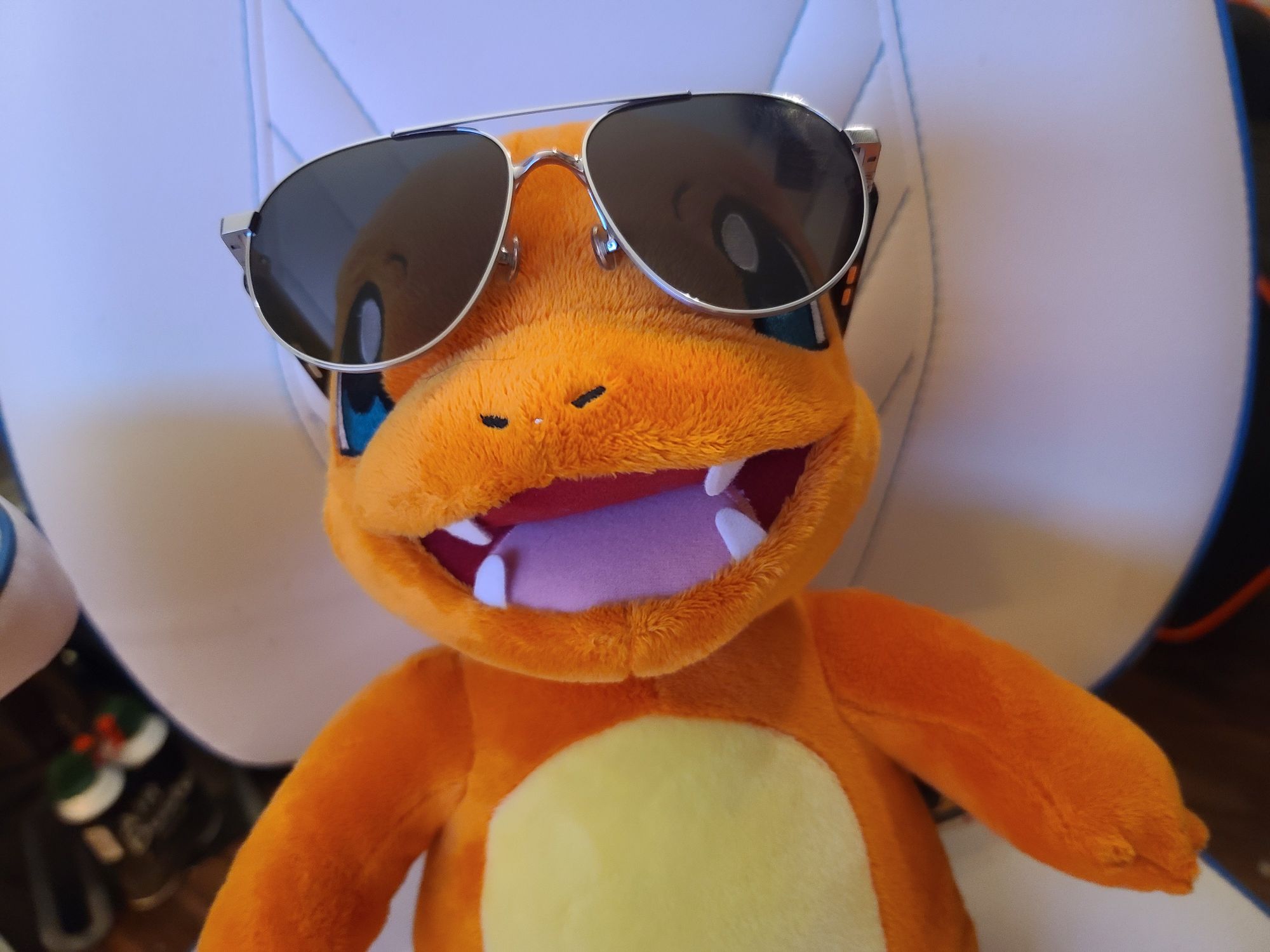 Anker's Soundcore Frames are just really fun to use and wear. I'm a huge fan of the interchangeable styles of lenses you can customize with, giving them more use than just bulky sunglasses. While it might be overkill, you could even get your prescription eyewear fitted to them, making an interesting all-in-one audio and vision combo. They're not just stylish, either--if you're sensitive to earbuds or need to make sure you can hear what's going on around you like I do, then these are fantastic for both around the house and outdoor usage.

A lot of people might be happy with their everyday earbuds, but the Soundcore Frames are fantastic for those looking to be a bit more aware of their surroundings while they're outside, or for those that enjoy looking stylish while rocking out.
Reactions: gnmmarechal and Jiehfeng
Share:
Facebook Twitter Reddit Pinterest Tumblr WhatsApp Email Share Link
I'll be right with you mate, I just need to charge my sunglasses
Reactions: Rorwig123, G1ZM02K and BORTZ
I need bass in my life. And anything under 12h battery duration is a pass to me.
+1 For smiling Charmander with sunglasses
Reactions: codezer0, gnmmarechal, ov3rkill and 1 other person
I don't know if I am cool enough to wear sunglasses in bed, and would probably be most upset when I fall asleep listening to the dulcet tones of whatever long form video I am watching, roll over and crush them.
Oh no, someone else is making these?

Who asked for this? I don't understand the point

Dax_Fame said:
Oh no, someone else is making these?

Who asked for this? I don't understand the point
Click to expand...

Dog the bounty hunter cosplayers?
http://fame-sunglasses.blogspot.com/2010/10/dog-bounty-hunter-sunglasses.html
Reactions: Dax_Fame
This product is about as idiotic as it gets. Prediction.... Sales will be terrible, and it will be discontinued.