Anker is back at it with a (taller) can-sized projector. This time the company packs its second pico projector, the Nebula Capsule II, with proper Android TV OS along with other features and improvements. Let’s crack this entertainment can open and see what it delivers!

First thing to strike the user’s eye is the device’s size. Standing at about 15 cm, with an easy-to-grasp circumference, the Anker Nebula Capsule II looks like a hybrid between a soda can and a travel mug. All in black with the exception of the red Nebula logo in front and adorning tiny grating pattern on its body hiding its speakers, Anker’s new pico projector looks cute even, almost like a longitudinal bluetooth speaker. This is because, in fact, it can double as one but its height also allows it to be used as is, without the need to stack books under it so as to get it well above ground and beam onto the projecting surface. Should you still need more height for the Capsule II to reach your projecting surface, there’s always the tripod mount underneath the projector. 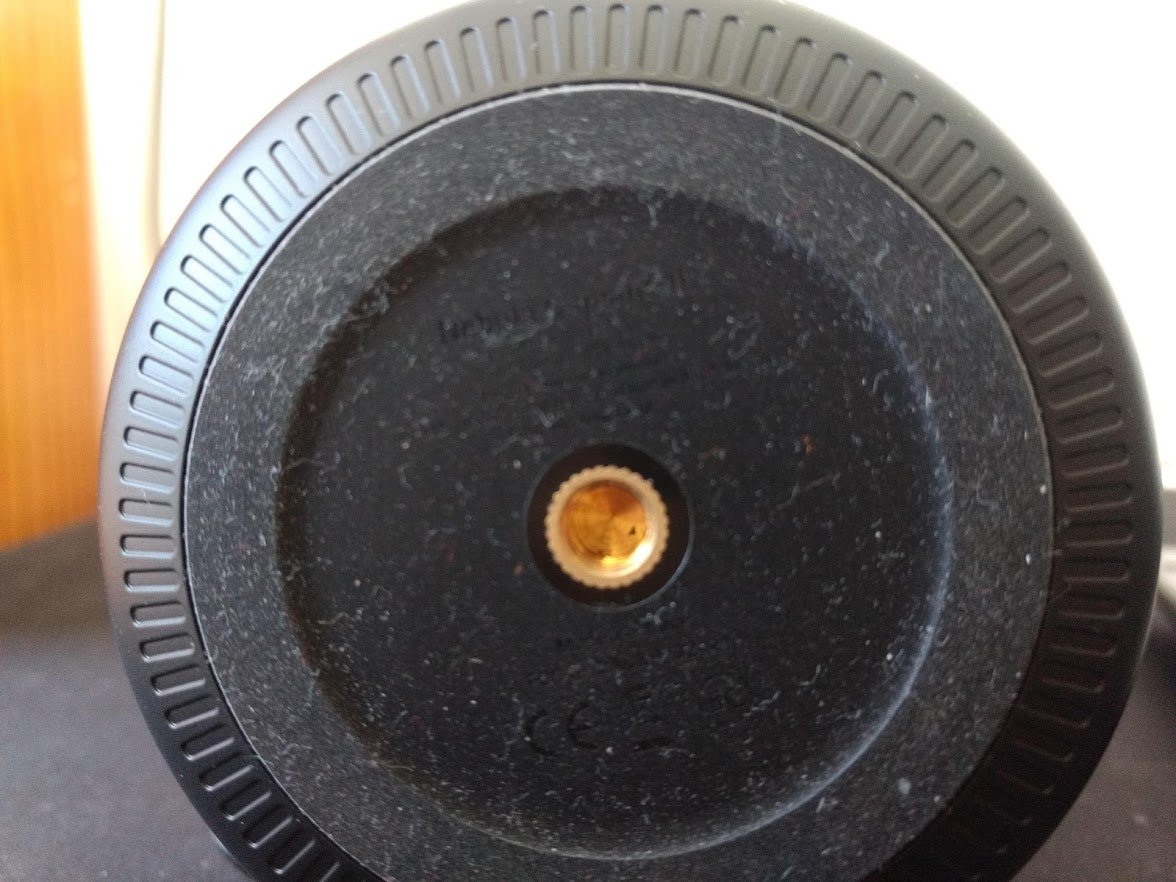 However, having used the first Nebula Capsule, the second edition looks considerably taller than the original capsule and is also bulkier (680g vs 420g). I’ve gotten used to the original capsule so the Capsule II’s extra size and weight are more evident to me. Nevertheless, compared with other projectors out there, the Capsule II is still surprisingly small and portable for what it packs, albeit not really pocketable, unless if you have deep enough pockets (both literally and figuratively).

At $579.99 the Capsule II is quite the pricey piece of tech but its price reflects the improvements and new features and also Anker’s signature quality products. Indeed, the Nebula Capsule II features a strong build showing it off as a quality product, although I wish they’d include a protector for the lens. Also lacking are additional accessories like a carry case or even a small tripod that could have been included for the price of this device. Well, if you’re considering in investing in one, you’ll also want to consider allocating some extra cash for accessories should you want to bring this projector on the go.

Now let’s move on to the new features of Anker’s second pint-sized projector.

First big addition to the Capsule II is a full-blown Android Android TV 9.0 operating system. This means that all that comes with Google’s OS geared towards entertainment comes packed in the can. Usually you’d find this OS in Android TV Boxes which you’ll need to hook to a screen but given that the Capsule II itself beams a screen, loading it up with Android TV is the perfect combination. The OS also supports voice commands and firing up the Google Assistant from the remote makes for a cool hands-free and nice-to-have experience but not a must-have.

Speaking of the remote, it has been updated to use universal AAA batteries and also functions via bluetooth so there’s no need to find the IR sensor as with the first Capsule. Nebula Connect, the smartphone companion app, also functions flawlessly as a backup remote and will especially come in handy when typing in WiFi passwords or for searching for a video on YouTube as you’ll have access to a full keyboard on your phone. Alternatively, there's the touch panel on top of the device that gives you control over the device. The latter is mostly used as a last resort or if you're in very close proximity to the projector but it's still a welcome addition. 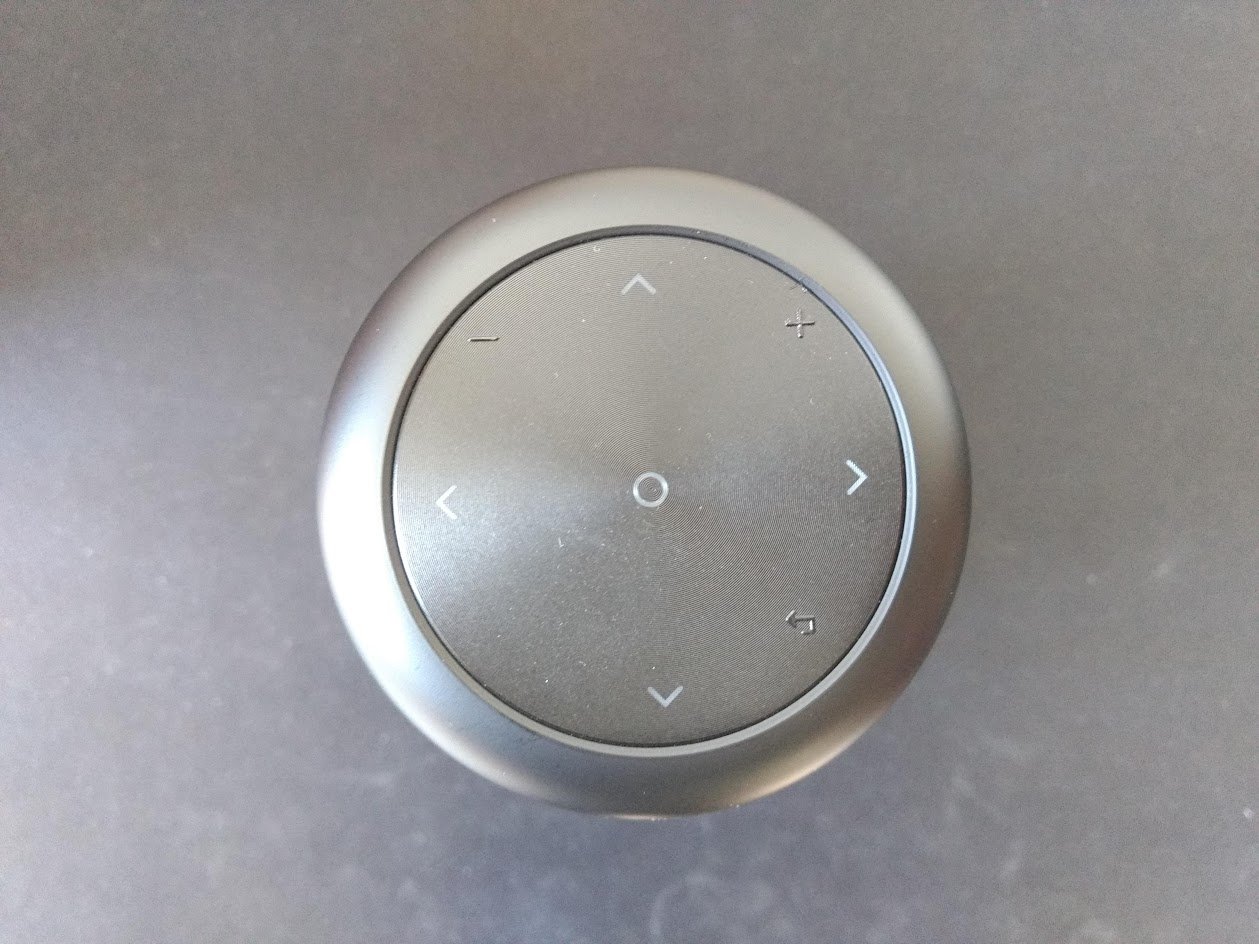 Significant improvements have also been done in this Capsule version on the image projection front. The Capsule II now projects at 720p HD with a brightness of 200 ANSI lm, double that of its predecessor. The display is crisp and provides a quasi-cinematic experience especially considering the device’s size but the inability to adjust the brightness means that the device is best used in dim to dark lighting conditions for optimal display (see images below). You won’t need to manually fiddle with focusing on the Capsule II as it features a 1-second auto-focus feature which activates whenever you move the projector or if you long press the remote’s top right button.

Dark vs dim vs bright lighting conditions (the images are less dim IRL, so not bad considering the ambient lighting)

The cinematic feel is also complemented by the built-in 270° 8-watt speaker which is quite loud for the pint-sized Capsule II and leans a bit towards the bass side (check the video below to have an idea). You can always pair up your favourite bluetooth headphones/speakers and this updated Capsule also houses an audio jack which I felt was desperately missing from the first edition. As such, you don’t have to rely on the Nebula Capsule II’s speaker and you can pair an audio device to your liking.

About the audio, you might be worried about the fan noise. While you do hear it, it’s nowhere as distracting as bigger models I’ve tested and I barely notice it whenever my show is streaming. Remember that you always have the option to safely cover any ambient sound with a pair of headphones. 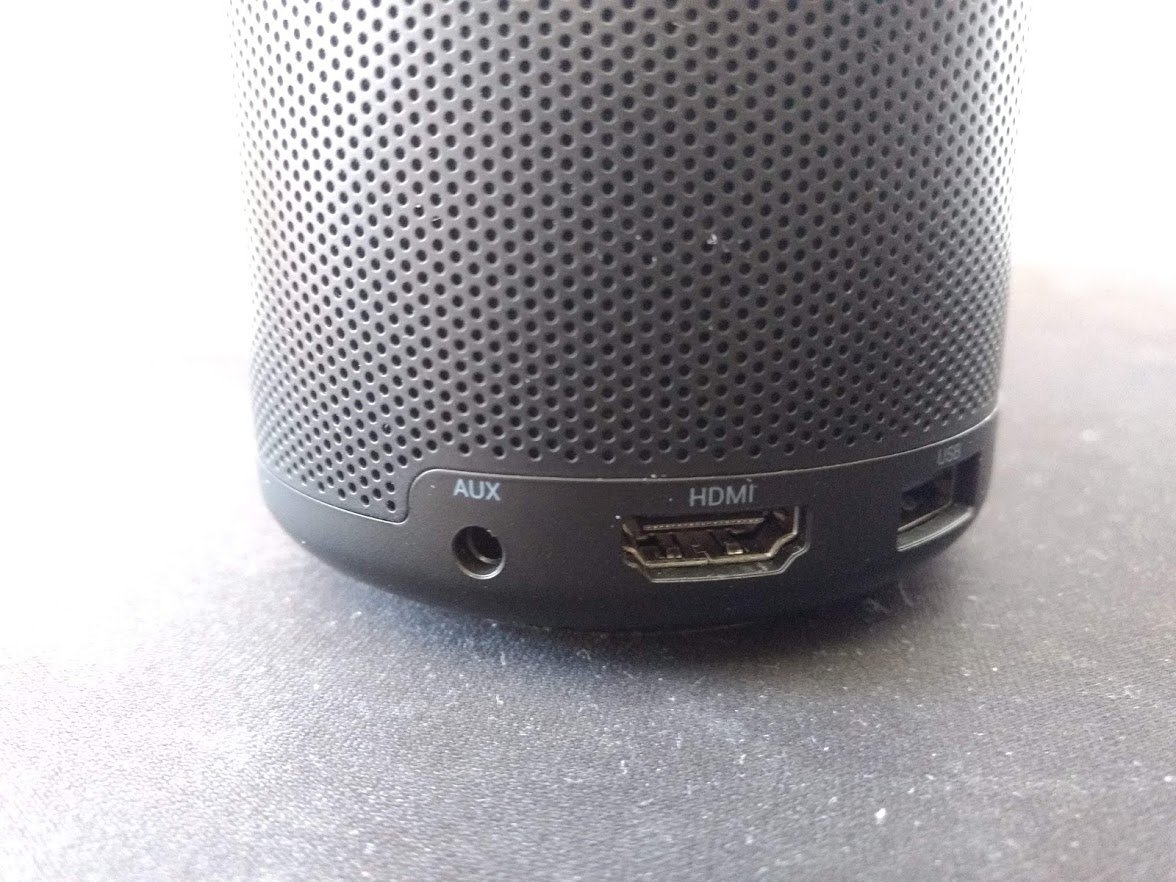 This projector also houses a couple of ports that opens it up to more functions. It packs a mandatory HDMI port to hook your console for gaming at a glorious 720p on a scalable screen. Those of you looking for bigger resolution might be in for a let down but the Capsule II’s size and ease to move around makes for a great portable and wieldy screen. There’s also a full USB port that allows you to load movies and series directly from a pen drive. This port also opens doors to side load apps that you wouldn’t be able to get from the device’s Google Play store for some reason like Netflix. Another port is the USB-C for fast charging but it does not output any image if say a Nintendo Switch is plugged through. This is quite the bummer as if the Capsule II would have supported such a feature, it would have made for the perfect portable gaming add-on. Alas you’ll have to rely on the HDMI to connect your console or you can still play Android TV games for on-the-go gaming if that’s your thing. 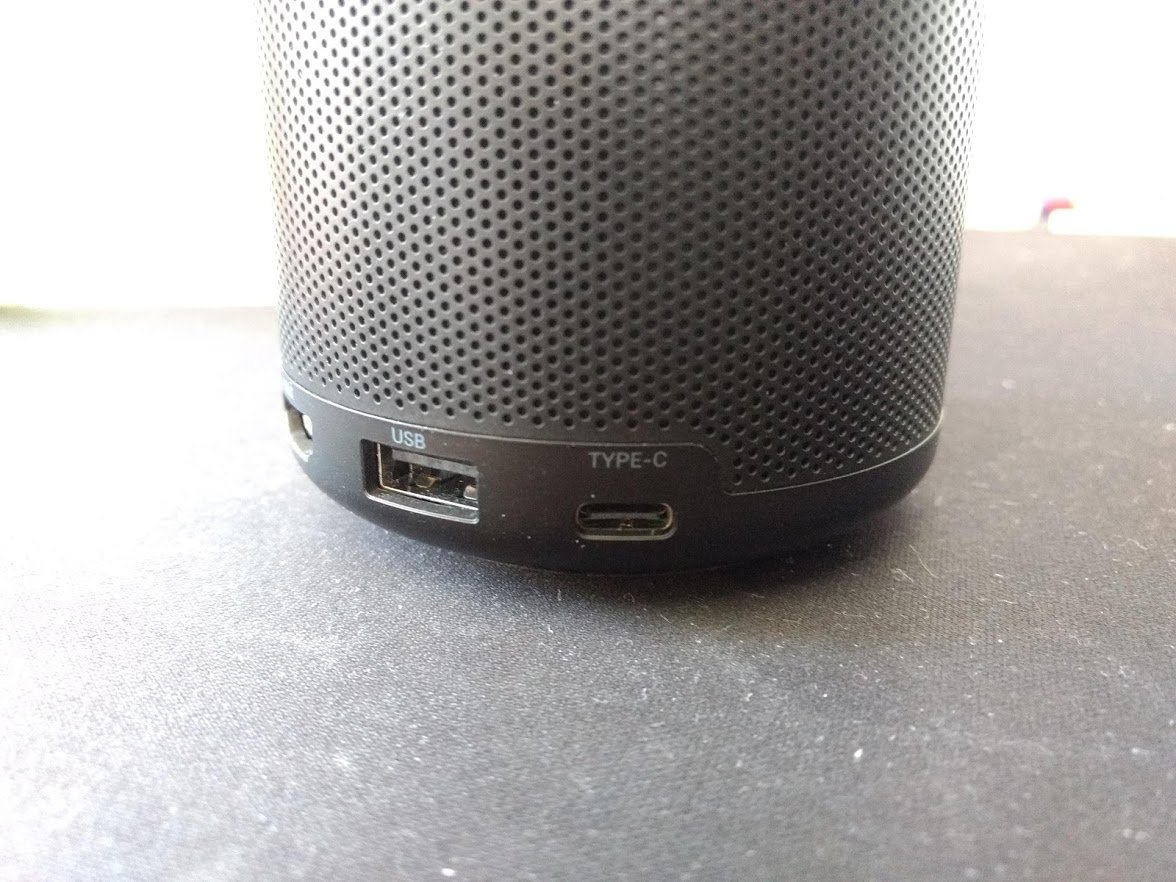 Granted, the Capsule II was not built with gaming in mind but it does support it so that’s fair enough. And as an audiovisual entertainment piece of tech that it was designed to be, it does its job very well and does so by occupying minimal space. Above all, it does so on its own, without the need of any additional devices, although it does support them. As long as you have a reliable WiFi connection, the Nebula Capsule II is a near-perfect companion for streaming videos, movies and TV shows, provided you have a dark enough room.

Despite all of these improvements that Anker obviously learnt from its previous pico projector, it somehow cut down on one crucial aspect. The battery life has been reduced to around 3 hours at best (more like 2.5h), which while it gives you enough juice to watch a regular movie (sorry Lord of the Rings fans) or a couple of episodes of your new favorite show, it is a significant cut down from the first Capsule’s 4 hours of video playtime. It might be a compromise for handling the new features like brightness but the device would fare better with a better battery. However, this would inevitably add to the weight of the device which is already a bit hefty as compared to its predecessor.

Nevertheless, using the device as a Bluetooth speaker (there's a handy switch at the back) gives up to 30 hours of music playtime which is quite significant and can be a good accessory for a road trip. 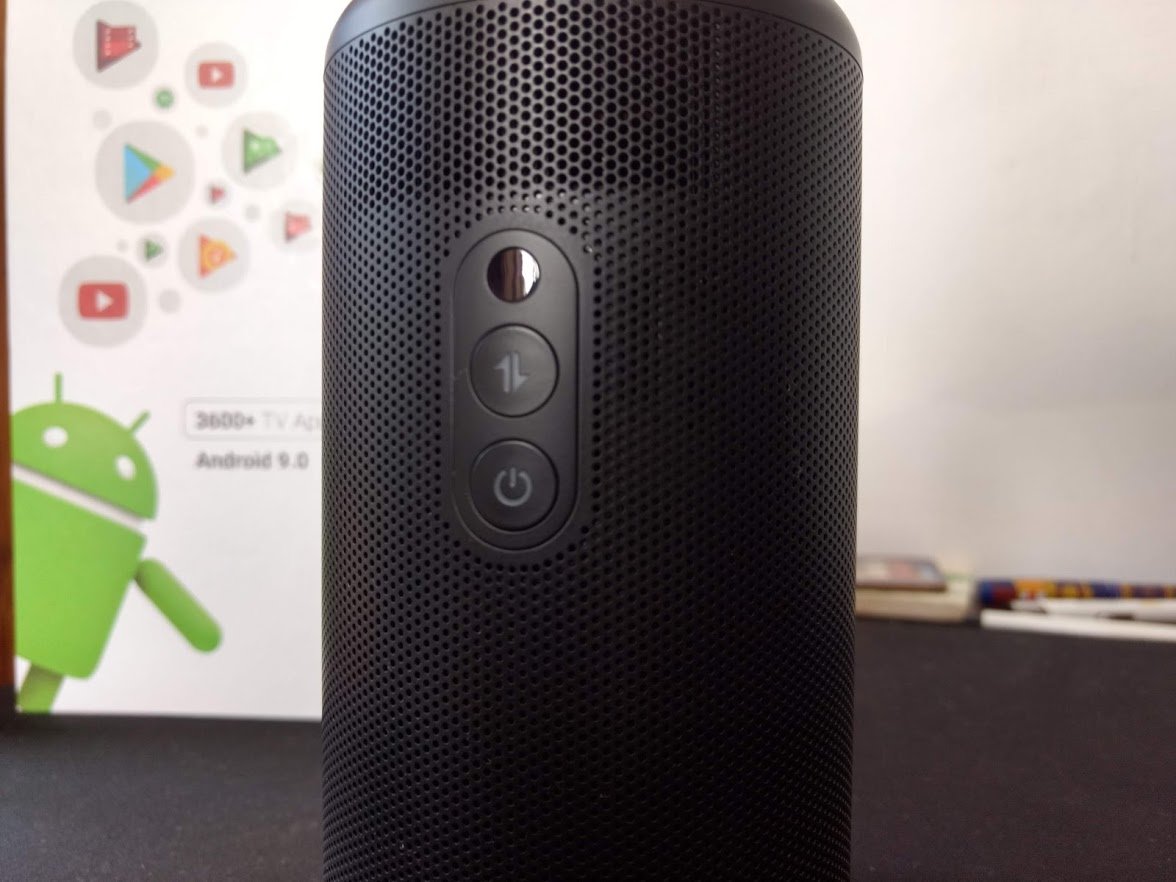 Anker's revision of the Nebula Capsule packs a lot of desirable features. Crisp display, low fan noise, native Android TV, Bluetooth speaker mode, improved remote and portable, this projector checks almost all of my requirements for an ideal projector. I just wish it was more affordable for more people to experience the fun in this can-sized device. Despite the price, the quality and features that the Capsule II comes with makes it a contender for the best portable projector. Even if the battery has room for improvements, you can always juice it up with a power bank for that extra stretch of playtime left in your movie marathon. 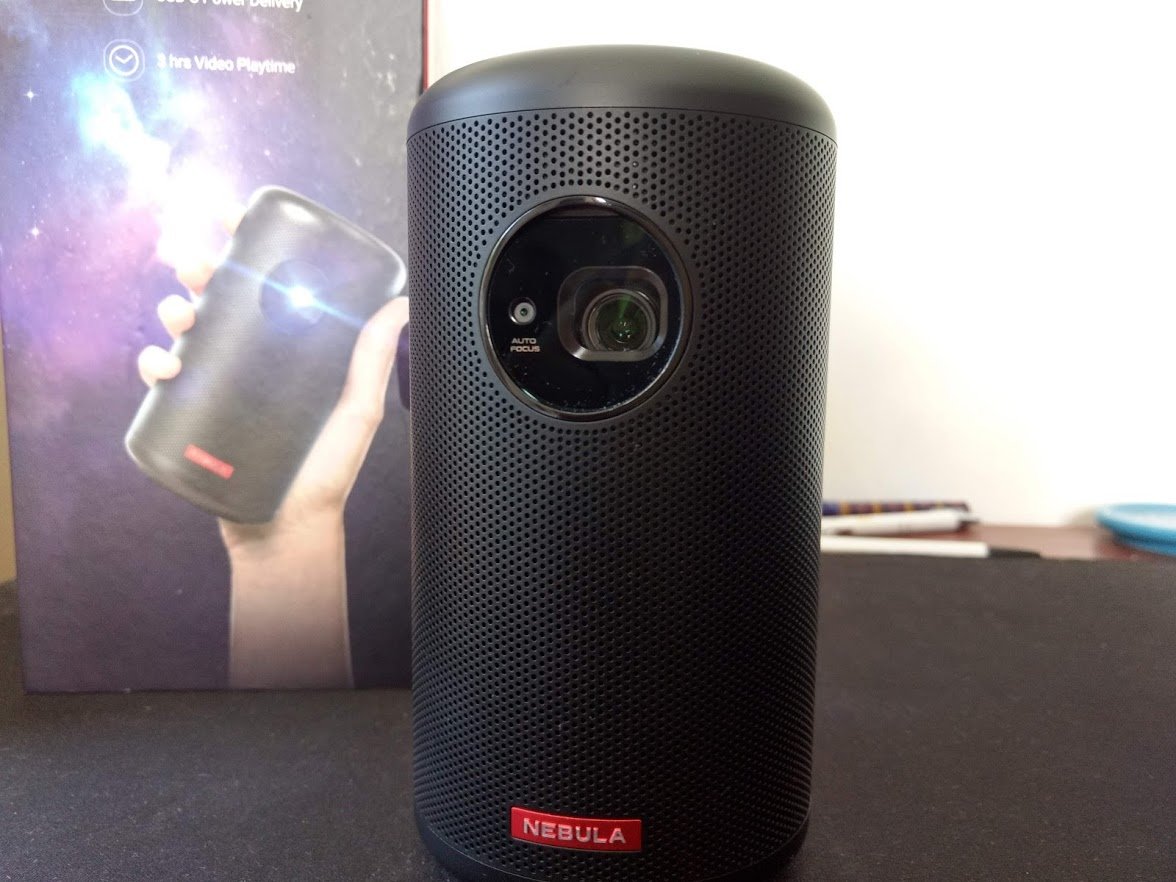 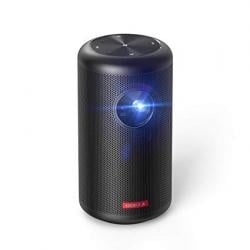