Anker is taking aim at Apple's earbud crown. Can these upstart earbuds blow away the Airpod competition?

Apple’s AirPods felt like they came out of nowhere, suddenly dominating the earbud scene. It became a common occurrence to see random passerby with the tell-tale white stems poking out from their ears. In the years since their introduction, many a company have tried to edge in on the market of these incredibly popular TWS earbuds, Anker being one of them. Packing in tons of features, such as ANC, wireless charging, and water resistance, we’ll see how their recently revealed Liberty Air Pro 2 earbuds fare.

Right off the bat, the Liberty Air Pro 2 comes in at just around half the cost of Apple’s AirPods Pro. Yet, both earbuds effectively offer the same features, at least on paper; especially now that Anker has added active noise-cancelling—a feature that has been sorely lacking on their Liberty Air line until now. Fortunately, it was worth the wait, as these earbuds offer some surprisingly good noise-cancellation for their form factor. I’m able to easily tune out excess background noise or ambient street noise by putting them on, at least, so long as they’re well-sealed in my ear. The Air Pro 2 come with a variety of different tips—a very important inclusion, given how many shapes and sizes of ears there are out there. The standard tips didn’t work quite well for me, personally, but I was able to find a pair that worked perfectly out of the collection of extra tips included in the box.

The biggest draw of Anker's Liberty Air 2 Pro earbuds are the noise-cancellation feature. They're surprisingly great at tuning out any ambient noise, with the ability to choose what you want to filter out, such as street noise, background talking, or constant loud sounds, such as ones heard commonly when traveling by bus or plane. This gives them a multitude of uses in various scenarios, and though I wasn't able to go outside to test how well they'd work in a coffee shop, the earbuds were superb at getting rid of the sound of a TV with the volume turned up too high, or for accidentally letting me ignore my parents' calls because I couldn't hear them talking. 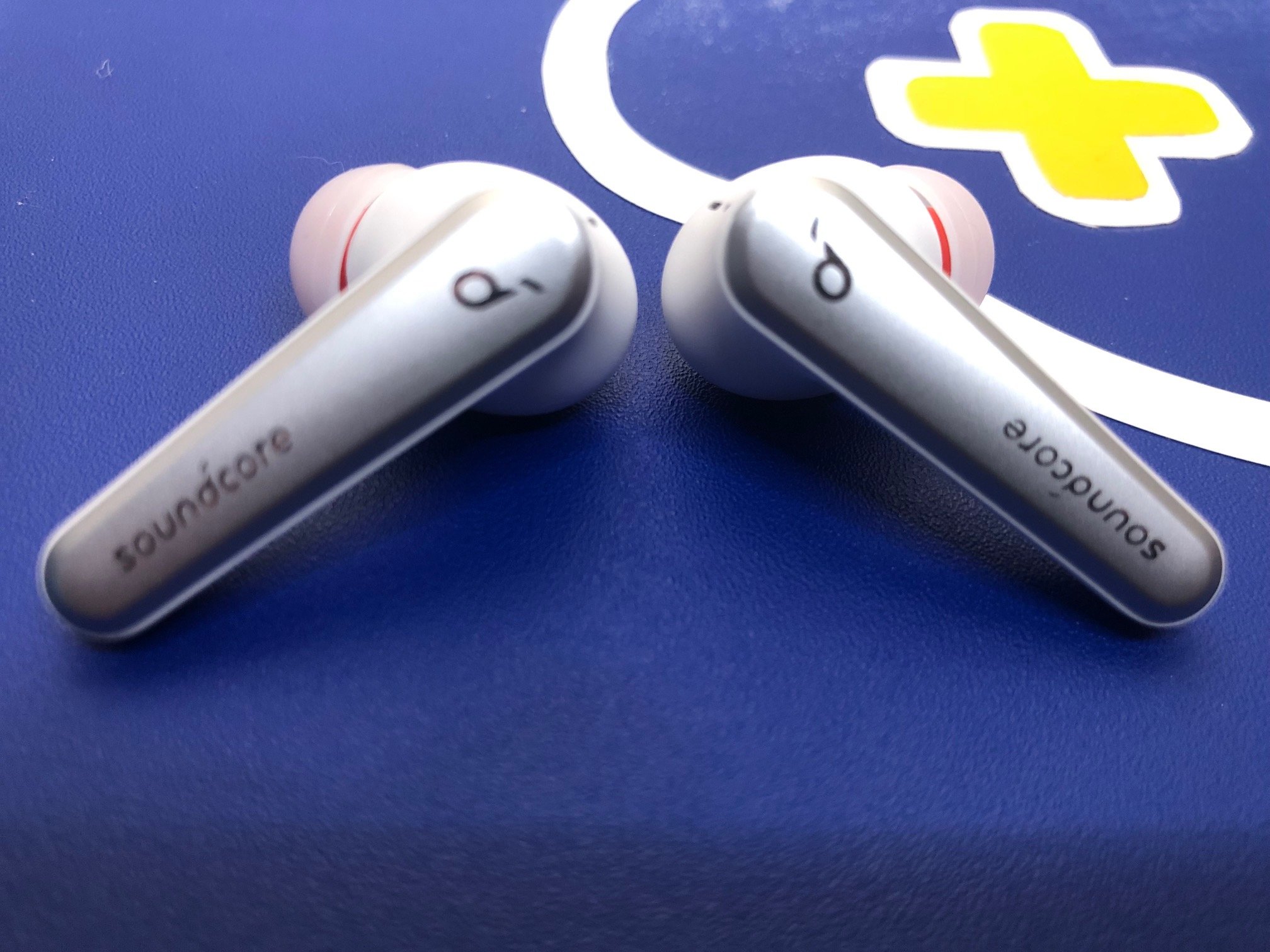 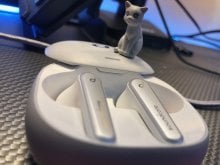 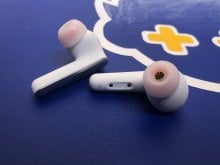 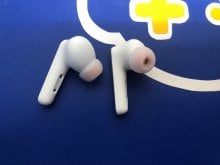 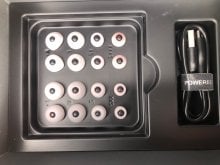 Having been a traditional over-the-ear headphone user for years, I wasn’t expecting much in terms of sound quality from a pair of earbuds. This made it all the more surprising when I used the Air Pro 2 for the first time, and heard some seriously nice audio. Vocals are crisp, instead of sounding muffled or dampened like with sportier earbuds. They have an overall warm and bassy output, making them easy to listen to for extended periods of time. I found that they had the perfect mix for vocal-heavy tracks or especially podcasts. The highs never get too shrill, even at higher volumes, though the mids do leave just a little to be desired and can get muddy. For a pair of earbuds, it more than exceeded my expectations.

Even when trying to go out of my way to shake the Air 2 Pros out, either by jogging, working out, or anything activity-related, the earbuds stayed firmly in at all times. Obviously, they need a good seal in order to have ANC, but I was glad to see that they were still reliable even without the little tip that sportier earbuds normally have to keep them lodged in your ear. I'd consider these to be good workout earbuds, though I would be hesitant taking them near a shower or water, as they're only IPX4 water "resistant".

A companion app exists on either iOS or Android, which lets you quickly switch between the three modes of regular listening, noise-cancelling, and transparency, the last of which adds sidetone so that you can hear your own voice, something that proved to be incredibly useful when trying to casually chat on mobile Discord calls. There's a lot of little things that the app lets you tweak, ranging from adjusting what tapping the outside of the earbud does, to setting up a custom equalizer, toggling them to turn themselves off automatically if you remove them from your ears, or even creating a "HearID" profile that's tailored to your own hearing. It's incredibly useful without being obtrusive, and it just shows how feature-packed these tiny things are. 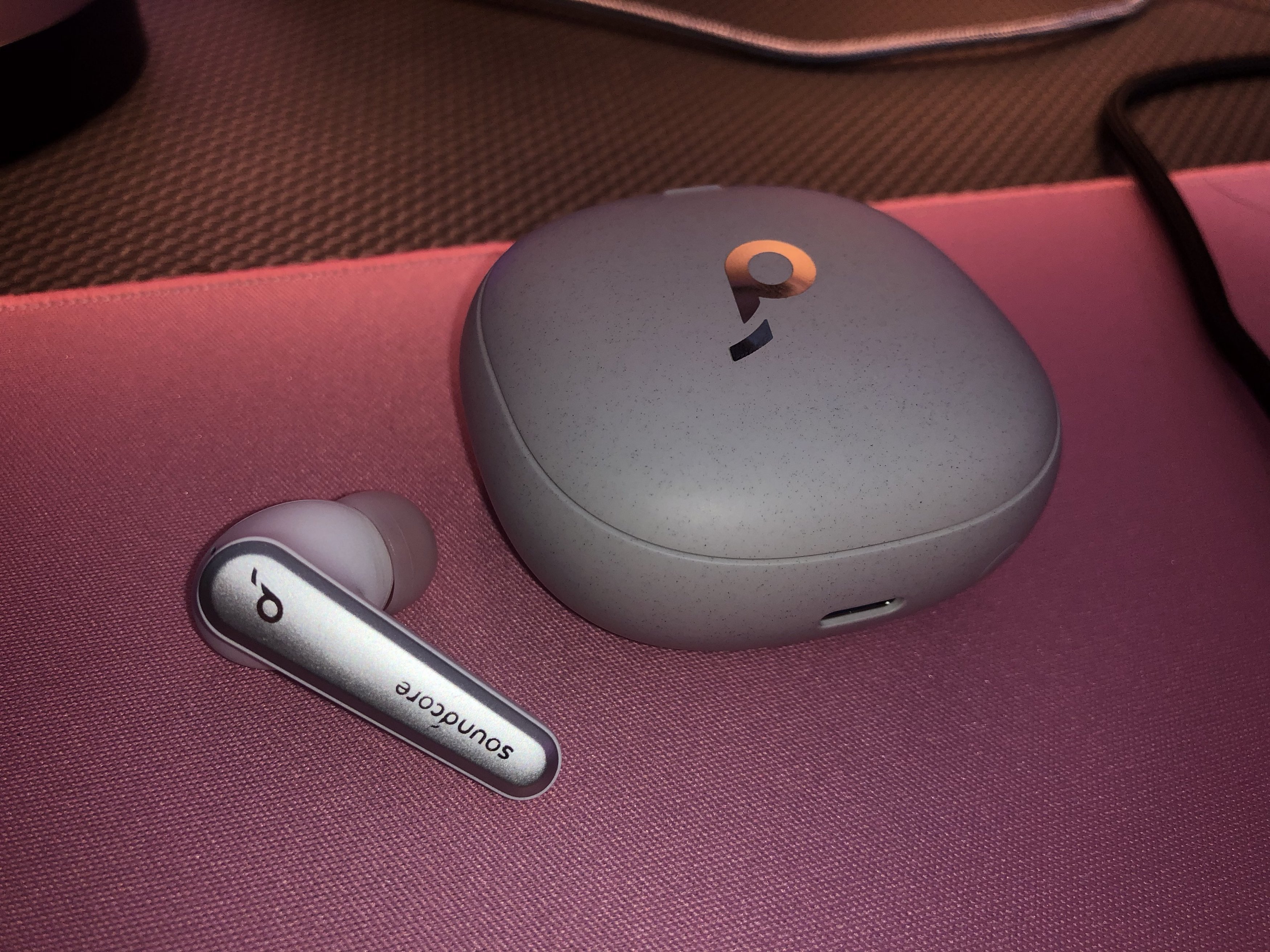 Once you're done using the Air 2 Pros, you can simply toss them back into their included case, where they'll charge back up to full. It's magnetic, so the earbuds will snap right into place, and if somehow the case opens up in say, your backpack during travel, they'll still stay in place. I'm a little dubious on the build quality of the little sliding door of the case, however, because while it slides smoothly, the hinge doesn't feel that strong, which concerns me how it'll be like in a year or two after heavy use, opening and closing it daily.

For an extra layer of convenience, the case also has wireless charging, meaning you don't have to bother plugging it in--a huge bonus. Just set it on any Qi charging pad and that's that, no cords needed. As for the capacity of the case, it'll recharge the earbuds back up to full three times before you need to worry about it, with the earbuds themselves lasting around 7 hours per charge. That's easily enough capacity to last you for whatever you need them for. They worked wonderfully to wear during the day while sitting outside, or at night listening to podcasts.

When I opened the box of the Air 2 Pros, I was an unconvinced earbud hater. As cliche as it sounds, after having put them in my ears, I can finally understand now why people actually like using earbuds. They're simple and hassle-free, comfortable to wear without the bulk over-ear headphones have, and come with some super useful features, especially considering their size. I can't recommend these enough, whether it's for hands-free calls, noise-canceling, or whatever need you have. For a price point of $129.99, they outshine Apple's far more expensive offerings without compromise. 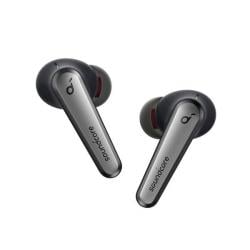