It's time to dive head-first (but not literally--VR ain't that good yet) into MyDearest's latest virtual visual novel, and experience Chloe's journey to defend humanity as the giant robot Alto Makhia's pilot, and uncovering what happened to her dear friend Coco

When I first heard “visual novel in VR” my assumption was a 2D screen strapped to my face and the typical visual novel fare, but ALTDEUS: Beyond Chronos is much, much more than that. Developer MyDearest sought a more ambitious feat, and instead inserts you directly INTO the visual novel. And boy, does it work.

​
ALTDEUS: Beyond Chronos isn’t their first foray into this fledgling VR genre, but it certainly is their most ambitious yet and it’s exciting to see the improvements with each new game. Tokyo Chronos is the closest in terms of quality but ALTDEUS has some strong improvements over it, namely an English dub. Reading in VR is a bit of a strenuous process, especially if you’re like me and can’t wear your glasses. However, that isn’t a problem in ALTDEUS: Beyond Chronos, as you can turn off subtitles and simply listen to the spoken dialogue. The only thing you’ll be reading is item scan descriptions. This allows you to play for much longer without discomfort.

From the outset, MyDearest paints a picture for a bizarre world ravaged by giant creatures known as “Meteora”, who destroyed the surface of Earth and forced humans underground, where they live in a strange advanced society. You play as Chloe, a young woman who pilots a giant mech with the assistance of the Noa, the electric doll AARC, a highly advanced AI program. 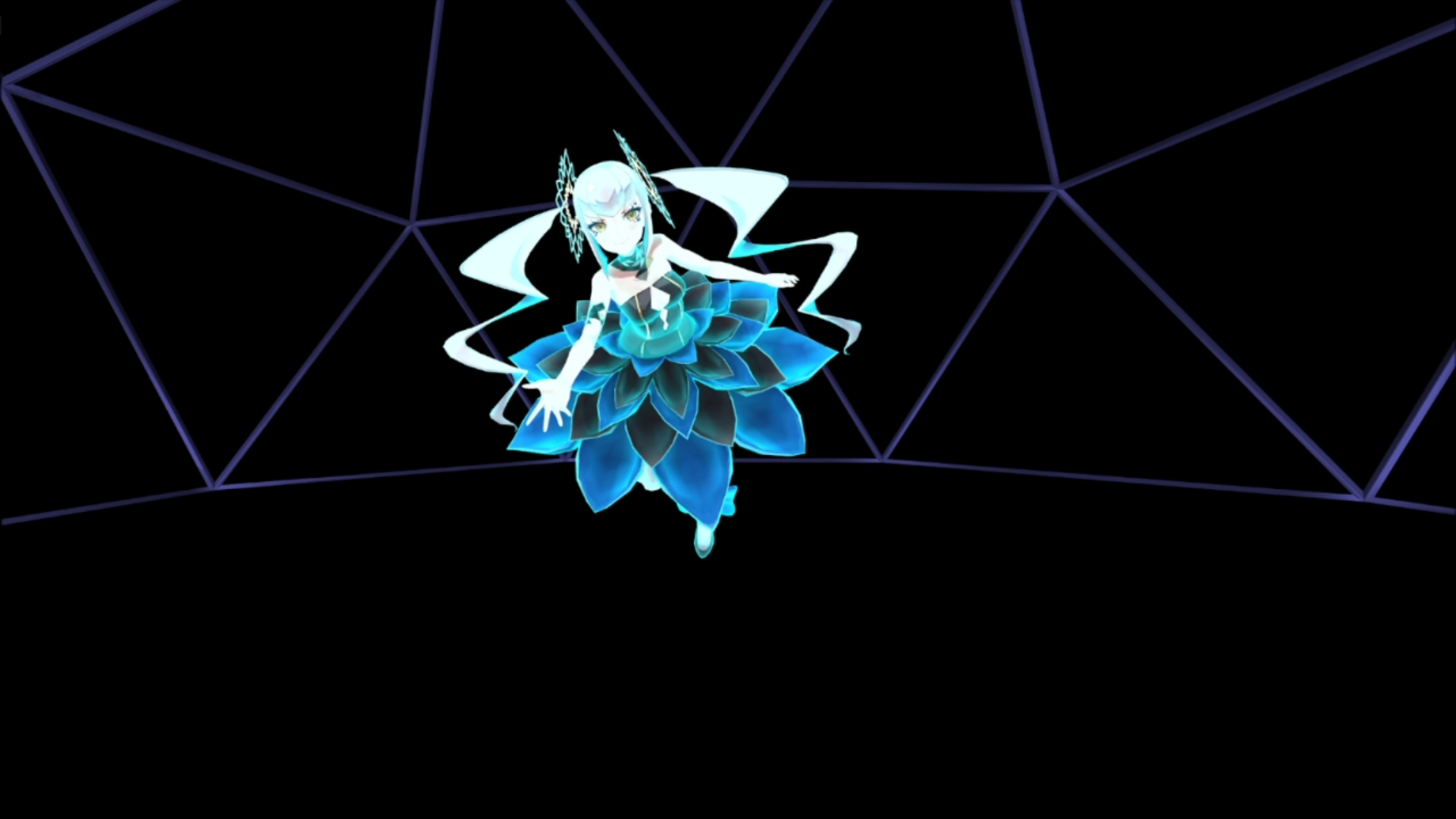 (Taking pictures in VR is a pain in the butt and definitely does a poor job of representing the game properly)​
The cast is fairly small, and on the surface ALTDEUS: Beyond Chronos seems like a somewhat short game, however with the power of Ariadne you’ll discover there’s quite a bit more to the game than it first lets on. You’ll have many paths to take, and endings to discover as the plot unfolds before you.

There are some small elements of gameplay in regards to controlling the mech, but they’re mostly just there to make you feel like a badass piloting a giant robot. Which you do. But there’s not much you can do to mess up--thanks to Noa--but for me this was fine; I was just along for the ride. During those small bits of gameplay I did have some odd issues with the touch points not registering my hand touching them. They’d reposition and be fine fairly quickly, but that could easily have been an issue on my end, and it was only a minor annoyance at best.

Visually, the game looks quite nice. Some of the backdrops are a bit spacious and barren, most are fairly simple but they do their job. All of the character models on the other hand look really good and expressive. Setting the game on auto with no subs is a great experience that really puts you into the scene as Chloe. Above that is the soundtrack which does a fantastic job of immersing you into whatever is going on. 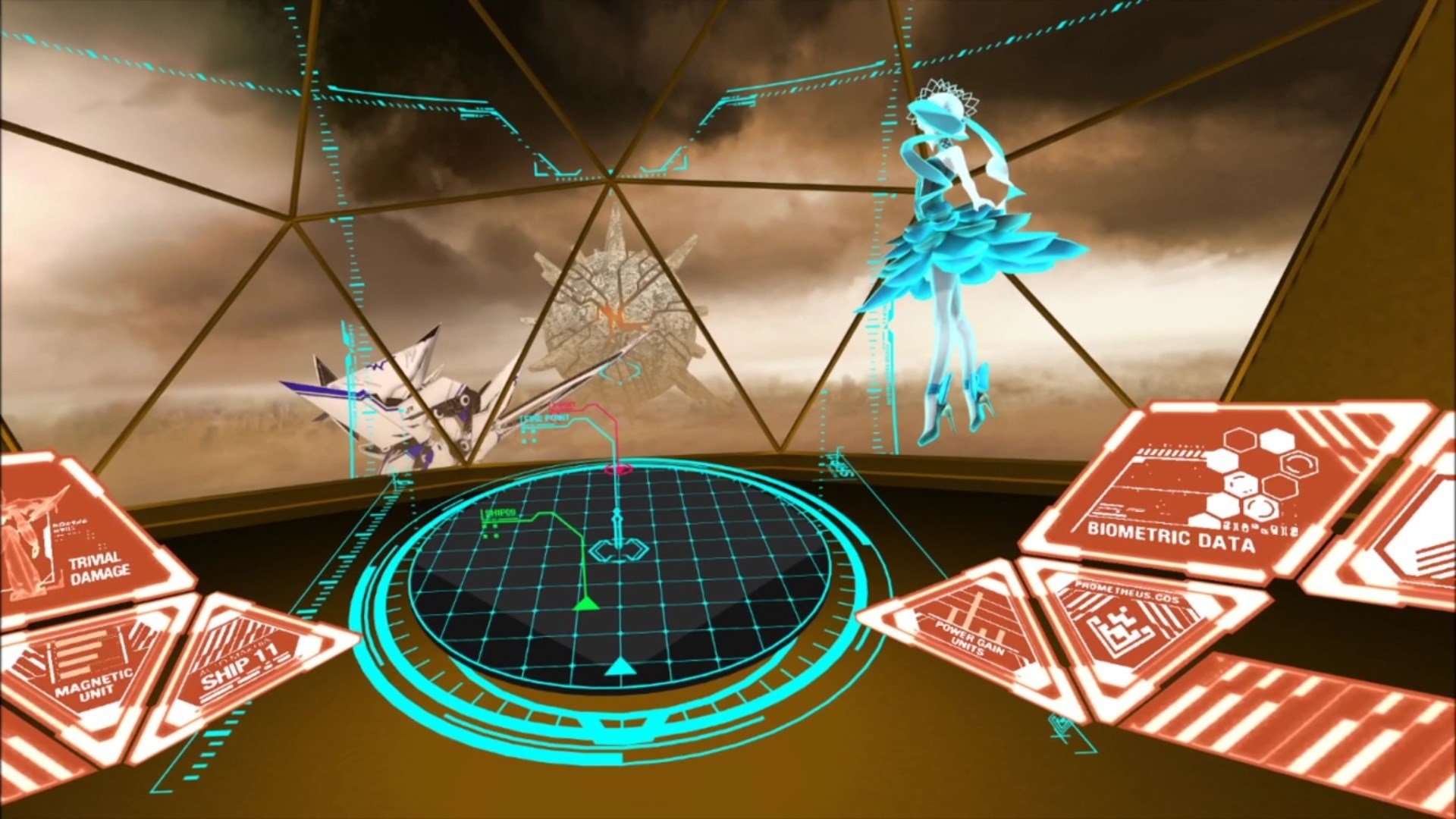 ​
My only real complaints about the game are somewhat minor. There are times where you’re put somewhere and left to just slowly scan things to trigger little scenes. It can take a while to scan everything in an area, and often it’s a little vague what you need to scan to progress to the next part of the story. But it’s not a big deal. The biggest gripe I have is Coco’s English voice actress; overall the English dub cast does a great job, the only outlier is Coco. She often gave a flat delivery and was very clearly reading from a script as she spoke. It’s not Arc Rise Fantasia levels of bad voice acting but it is annoying and jarring, especially when she’s such an important character.

Overall I am very happy with MyDearest and their latest foray into virtual visual novels. This is a big step in the right direction and I hope it spawns many more to try what these developers have done. ALTDEUS: Beyond Chronos is a very fun step into the future for visual novels.
Verdict
Chary likes this.
Like this review