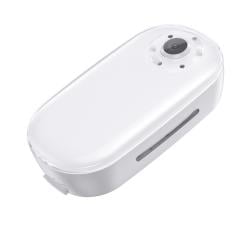 Marketing themselves as the best GoPro alternative, AKASO's Keychain is the world's smallest 4K camera. How does it hold up?

Cameras find themselves in a strange place nowadays. Unless you're a professional eager to throw down hundreds of your chosen currency, you'll often find a smartphone more than able to fulfill your needs. With the good majority of flagship phones capable of 4K and beyond in their video recording, and some midrange devices putting a particular focus on their cameras, it's easy to resign yourself to thinking a device like they Keychain just doesn't have a place. 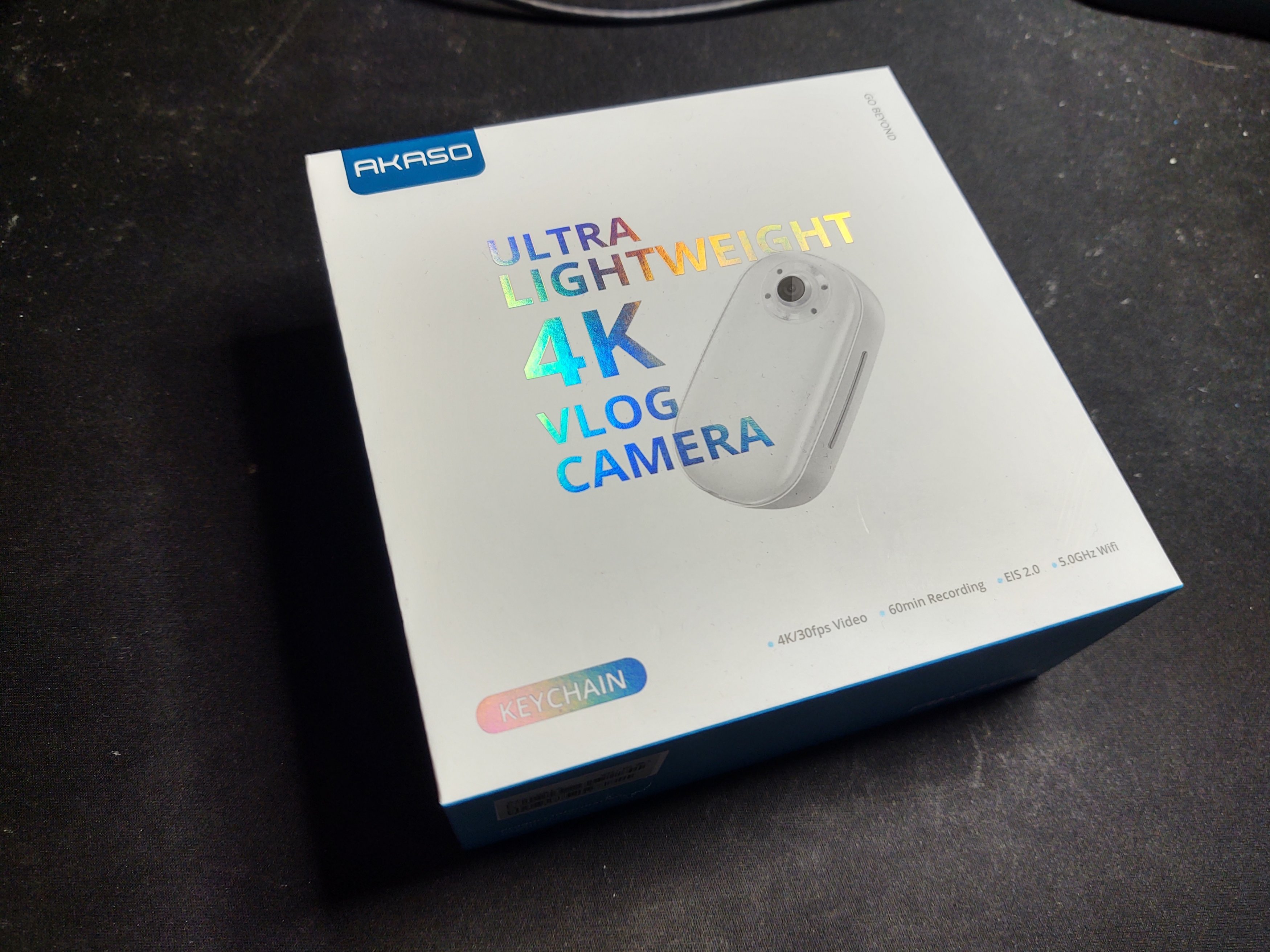 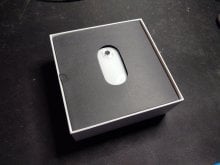 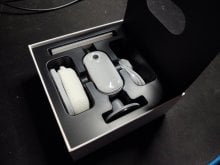 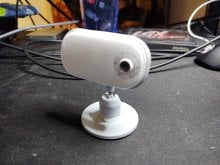 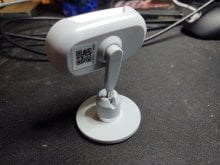 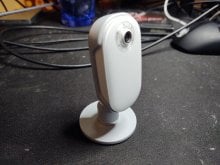 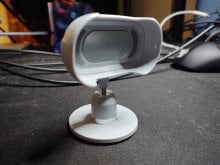 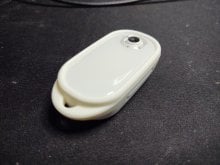 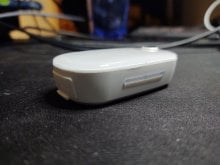 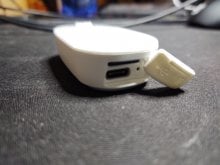 Straight out of the box, the Keychain has a certain air of quality. Featuring a pivot stand and mount, a magnetic board, a clip, and a handy case, as well as the camera itself, you have everything you need to get stuck right in, regardless of what you plan on recording. The packaging is sleek and simple, much like the product itself, and getting started is as simple as following a few steps on a short manual. The Keychain sports a compact design, its 63x33mm dimensions apparently making it the smallest 4K camera on the market. The device is relatively limited in its hardware buttons, featuring just two on the right side, positioned similarly to a phone volume rocker. To the bottom, you have a compartment home to the USB C charging port, as well as a Micro SD card slot. Finally, the back of the device houses a relatively strong magnet, this used to secure the Keychain in place on a variety of accessories, or prop it on an unassuming fridge should the need ever arise.

Following the steps on the aforementioned manual to get going is brilliantly simple. You charge it up, plop a Micro SD card in, and that's all you really need to do. Hold the top button to turn it on, followed by the bottom button to start and stop recording. Just point and shoot, and you're on your way. It is worth mentioning here that the Keychain won't function at all without a Micro SD card, and I did find it a little picky with the ones it'd accept. I tried every one of my available Sandisk cards, and none of them worked. As my go-to brand for Micro SD cards, I had a lot of them lying around to test. It ended up being a rogue Kingston card that did the trick, so it might be worth keeping in mind should you decide you want to try this camera for yourself. 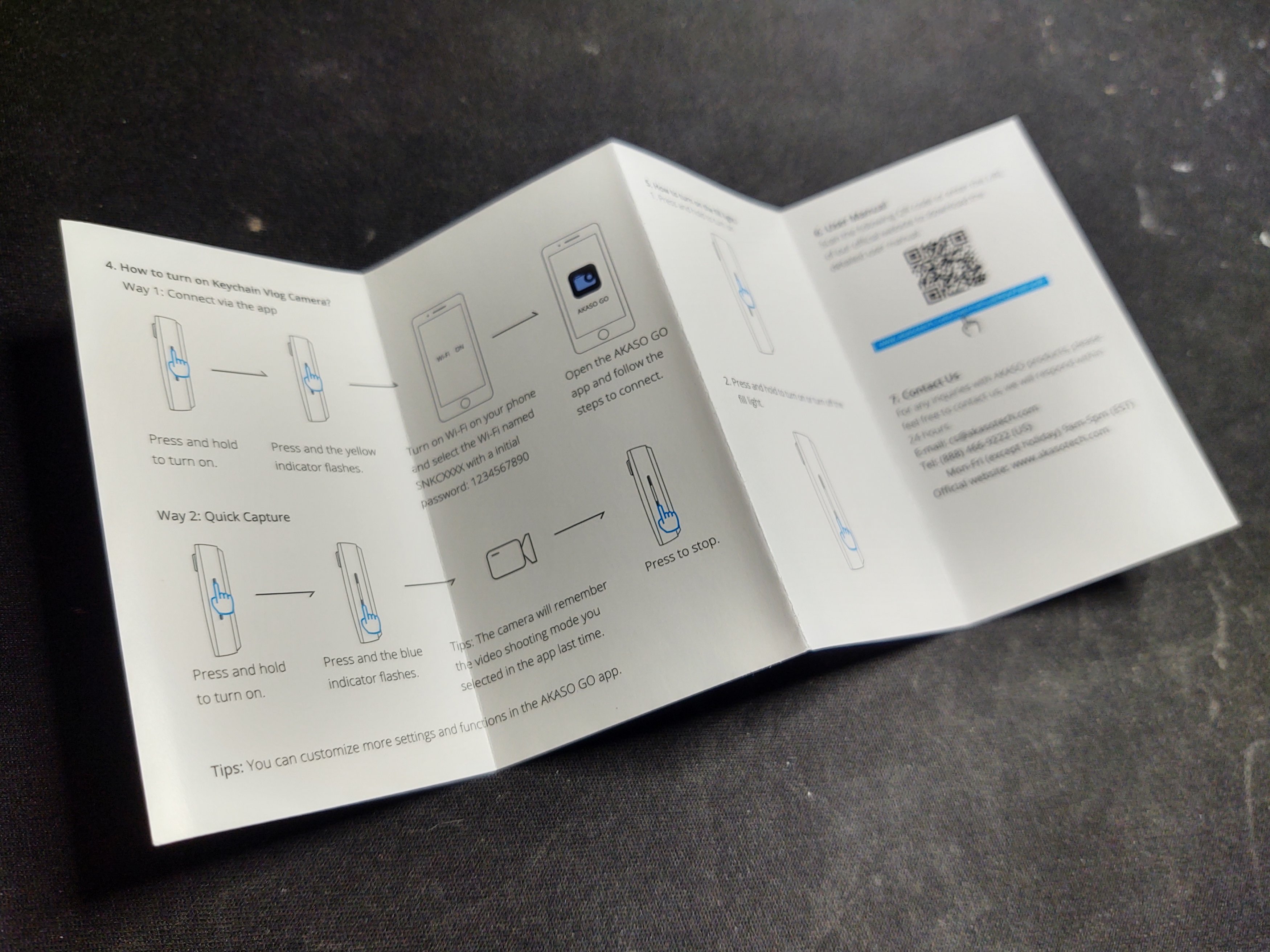 With so few buttons, you may be left wondering just how many options a camera can have, and you'd be right to wonder. You see, to get the most out of the Keychain, you'll be needing a smartphone handy, as well the AKASO Go app. To connect to the device, you hit the top button until it starts flashing yellow, and connect your phone to it as a WiFi source. I've not used a device like this before, so it took a bit of getting used to, but once I'd done it a few times, it became a somewhat trivial process. This setup does mean you can't use WiFi while being connected to the camera though; a note maybe worth mentioning. Mobile data still functioned as normal though. Through the app, you get a live display of what the camera is pointing at alongside a myriad of fun options to pick between. The most important of these for most will likely be the quality settings. You have the touted 4K/30fps option as default, but looking down the list, there's plenty more to choose from. To give you the full rundown, you have: 4K/30, 2.7K/60, 2.7K/30, 1080/60, 1080/30, 720/120, and 720/60. On top of these, you also have a few options for slow motion recording, time lapses, and a neat loop mode, that'll record videos of a set duration that'll delete earlier recordings as storage fills up.

Before looking at my limited selection of video clips, I will just preface this by saying we're currently in a national lockdown, so I haven't been able to get out much. With that in mind, please enjoy a few clips of me in my back garden on a good spread of the Keychain's available quality settings. The portrait videos were recorded with the camera mounted to the strap of my backpack, as you might have when hiking, and the landscape ones are just with the camera in my hand. I unfortunately lacked a headband I could clip the camera to see how it'd look. It's also worth noting that YouTube doesn't support 120fps videos. I decided to include them either way to give a look at the image quality in a reasonably well-lit setting.

As a quick breakdown of quality, it's a mixed bag. To my untrained eyes, I'd say the camera excels when in motion, and less so with slow panning shots. I tried to do a few spins and jumps in a futile attempt to show a bit more action, but unfortunately I am somewhat limited in what I can record. I can see the camera doing well attached to a sportsperson, or overlooking something a bit grander than the garden fence, but the current climate makes getting that kind of footage a fair bit more challenging.

The app does also come with a surprisingly robust set of editing tools, allowing you to splice and dice your clips on the go. Perhaps the best part of this is that the app is free, and is something I would genuinely recommend checking out if you just want an easy way to crop, trim, and combine clips without any kind of real learning curve or effort. Sure some of the filters have untranslated Chinese text under them, but with how much is available given you have no obligation to actually buy an AKASO product, I'm impressed. 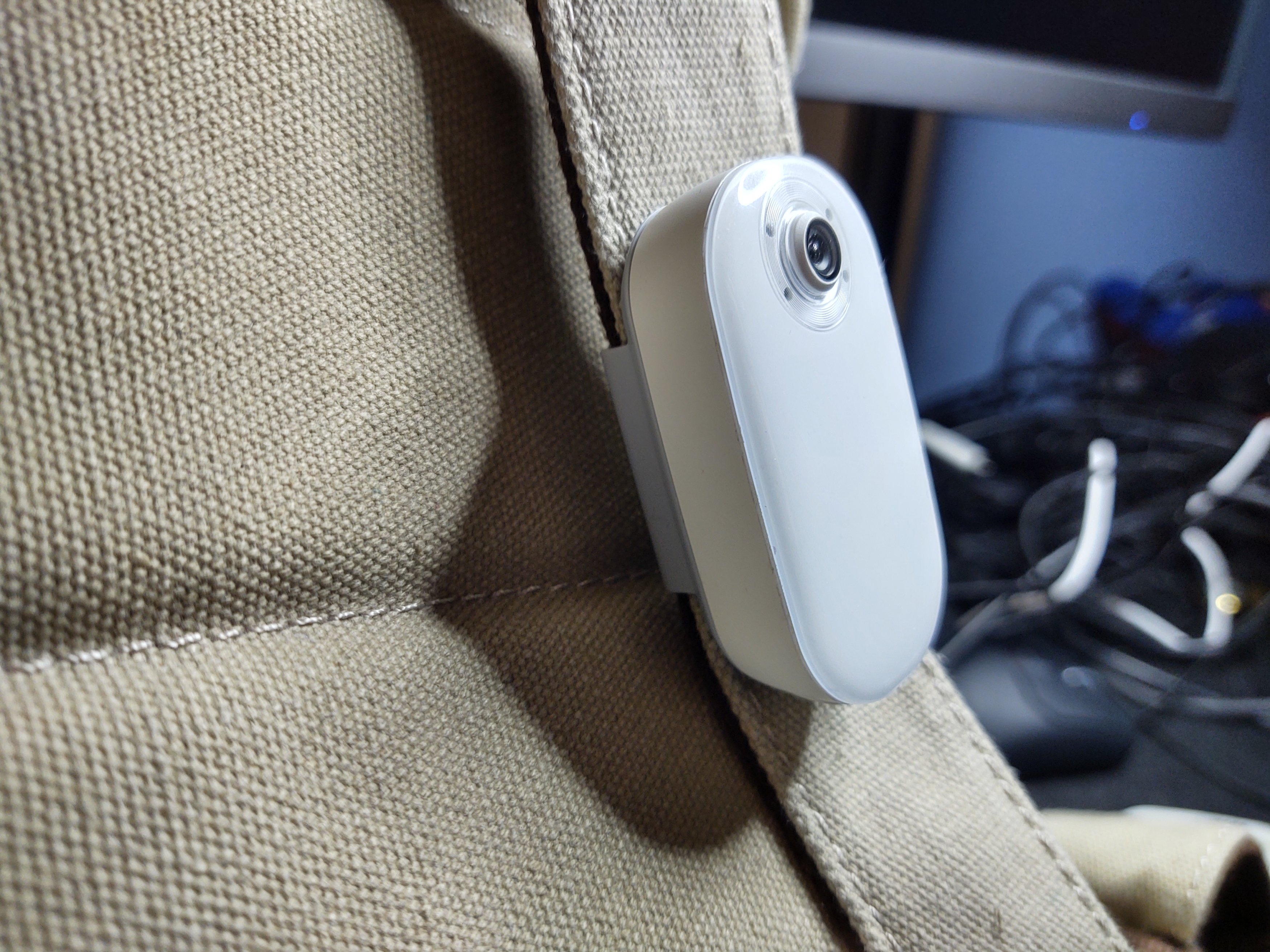 You'll likely have no trouble mounting the camera to wherever you feel like, the magnets keep it securely on the clip!

Looking back at the camera, I did find a few notable issues in my time using it.  The most significant of these was the camera simply freezing; there is no way to turn it off if this happens. During my testing, I found myself recording short ten second videos in each of the camera's available quality settings. Switching between these in the app is easy, but on selecting the 4K option, the app became unresponsive, along with the camera itself. From here on, nothing I did had an effect. The app wouldn't connect to the camera, and neither of the camera's two buttons responded to my wide range of pressing and holding. With no other option, I set it to one side and went to bed, hopeful the battery would be drained by the morning. Now this only happened to me once, but it's a significant issue considering the camera's point and click ethos. It's supposed to be a camera that you can rely on to work when you need it to, and incidents like this, no matter how infrequent, sully the confidence I may otherwise have. The camera does have a reset button of sorts in the form of a pinhole hidden next to the USB C charging port, but it didn't seem to do anything in this instance. I'd also argue it somewhat unreasonable to expect people to be carrying a pin for the event their camera stops working, but maybe it's just me that doesn't carry such a commodity in this day and age.

Recording in low light is somewhat grainy, but passable all the same, just as long as you stick with 30fps to record. On higher fps settings, you'll find your footage much darker, though this is more to do with recording at higher framerates than the camera itself. The more frames recorded in a second, the less time the shutter is open for, and the less light is available to each individual frame--that's the gist of it anyway. While this may just be a quirk of recording at higher framerates, it does pose an interesting issue for the minimalist camera; you need a phone handy to switch between these quality settings. With the two buttons on the device only capable of so much, you're left in an awkward spot. To me, the Keychain should be the kind of thing you can just throw in a pocket, or in your bag, and use in a pinch. It's the kind of thing I might want to take with me to record exciting moments, but it gets to a point where you have to question why you aren't just using your phone. I want to defend the idea as a product you can take with you where you might not want to risk your excessively expensive phone, but I struggle to even do that when a phone is required to access the majority of the camera's features. You're left in an awkward place where you have to compromise to achieve what I believe this camera's intent to be, and it just isn't ideal. It's as if they went overboard with the clinical minimalist look and forgot that people might not want to have to fumble around connecting their phone every time they want to switch between simple settings. Even having the option to store two presets to the device would go a long way in mitigating this criticism, but as it stands, it just falls into a weird place for me.

The AKASO Keychain is an interesting device, I'll give credit where due. It's tiny, capable of 4K video, and has a plethora of useful accessories. It's likely great for climbing, for sports, for recording the great sights you see on a hike, but I simply lack the confidence to want to use it for any of these things. If it decides to freeze up, then what? You're stuck with a breathtaking view, or a magnificent accomplishment, and no way to share it... Except maybe your phone, which you'll likely be carrying with you anyway to get the most out of the Keychain. At $99, it may yet be worth a punt as an affordable and relatively versatile little camera, but when it comes to longevity and overall reliability, I'd be hesitant to recommend it.

If you want to learn more, you can check out their current Indiegogo campaign by following the link: https://www.indiegogo.com/projects/akaso-keychain-the-smartest-4k-vlog-cam-on-the-go

AKASO's Keychain is an odd product for me to recommend. On paper it ticks every box, with its sleek design and largely easy to use functionality. With reliability concerns and the necessity of a smartphone to get the most out of it though, it's something you'll have to judge for yourself. Is it worth it for just $99? Quite possibly.
Reactions: Julie_Pilgrim, RyRyIV and T-hug
Share:
Facebook Twitter Reddit Pinterest Tumblr WhatsApp Email Share Link
If the phone is recording the camera recording, is your phone the recorder?