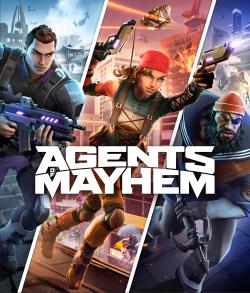 Single player
Local Multiplayer
Online Multiplayer
Co-operative
The makers of Saints Row have come out with a new, standalone project. Does it manage to shine among the generic FPS horde?

Agents of Mayhem takes place in a universe divergent from Saints Row, in which villains and heroes fight in the futuristic, huge city of Seoul, South Korea. M.A.Y.H.E.M., an institution dedicated to fighting the arch-criminals of the world, employs twelve diverse agents to run and and do their hard work. This, of course, includes destroying enemy facilities, leaders, and doomsday devices on call.

It's clear what kind of "humor" Agents was going for. It's the in-your-face, raw, "haha he said the F-word" kind of humor. The agents resort to almost Gex-like repetitions of the same tired, bad jokes over and over until the player's ears have been sufficiently violated. It's just entirely horrible and not funny in the slightest. Cutscenes should really be skipped, as the story itself is pretty much completely unfulfilling and boring, especially when combined with the horrible one-liners and witty quips from the insufferable cast. Generic supervillian characters are the majority of the "interesting" personas the game desperately promotes. Nothing in the story stands out as being anything other than the musings of an edgy adolescent. 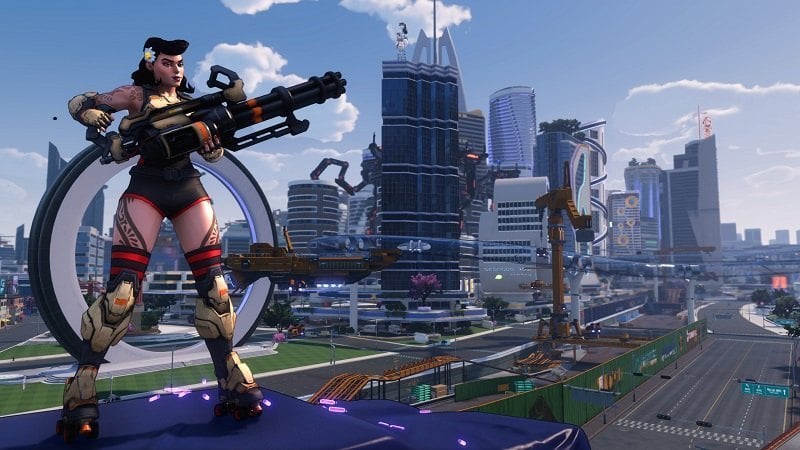 There's little to be said about the environments, either. The open world of Seoul provides no real interest as far as gratuitous exploration goes. Too few attempts at establishing atmosphere are made, and the result is a generic mishmash of G.I. Joe and Overwatch with humor that's worse than either's.

The twelve agents themselves vary only in terms of physicality. The personality variances all just boil down to what accent they use to convey the tired one-liners. Character development is non-existent and frankly not even attempted. All aspects of the story and atmosphere are so mind-bogglingly set on being as generic as possible that it's almost remarkable.

Blowing up things is fun, right?

Agents of Mayhem occasionally offers potentially fun and engaging gameplay mechanics, but is too set on mediocrity to flesh them out. The majority of gameplay involves teleporting down from the mothership, hovering high above Seoul, to some point in the city. For some extremely odd reason, the missions that the agents are assigned are always broken up by huge treks and quests just getting to the actual mission. Maneuvering through various checkpoints throughout the city and completing mindless, mandatory length-increasing side quests account for the majority of gameplay. The other half of the equation involves blowing out an enemy facility filled with guards and unreasonably explosive objects, culminating in a boss fight, which usually represents some of the more creative and fun aspects of the game.

The core mechanic comes in switching between agents on the fly during missions. In a system almost similar to crossover fighting games, a roster of three agents is taken into each mission, able to be switched between instantly with the flick of a button. Agents heal while another agent is in control, encouraging a player to switch between playstyles on the fly. Each agent has different core mechanics as well as a unique Mayhem ability, although "unique" may not be the best word, as most of them are primarily explosive in nature. 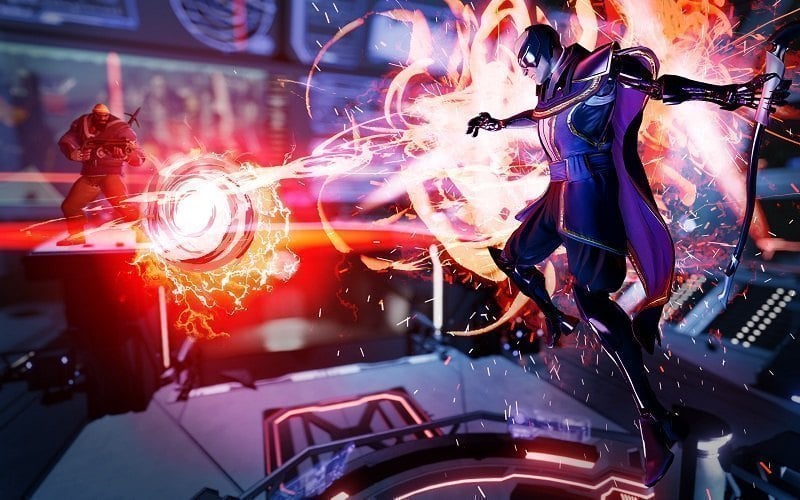 Once again, Agents fails to set itself apart from the herd in any meaningful way, not even in gameplay. The agent switching mechanic is fun at points, but the agents' playstyles vary too little for that to have a meaningful impact. The same minigames, side quests, and "kill a lot of people and blow things up" missions persist throughout the game, with the only creative respite being the occasional fun boss fight, which does little to offset the mind-numbing series of explosive, boring vignettes which precede it. Not to mention, the game presents sixteen different difficulty levels to choose from, which is extremely strange. It seems as if the player is expected to make their own difficulty, which is something that never works well, especially when it relates to the core difficulty of the game.

Various typical additions such as upgrades and gadgets are factors as well. Unfortunately, the gadgets come way too fast to really take in what each one does and attempt to use it in combat before another, better one comes in. These systems seem like an afterthought, and add to the general mediocrity and poor taste that Agents tends to leave.

Agents follows the now-popular cartoon-looking visuals, the same type found in games like Overwatch. They tend to look clean and polished, and for the most part the environments are well-designed and look nice. But the commitment to mediocrity returns in terms of a lack of originality. The supervillian facilities mostly share the same generic look, with little variety popping up in terms of design anywhere. Not that any of the presentation is bad per se, but it's just completely unremarkable and boring. 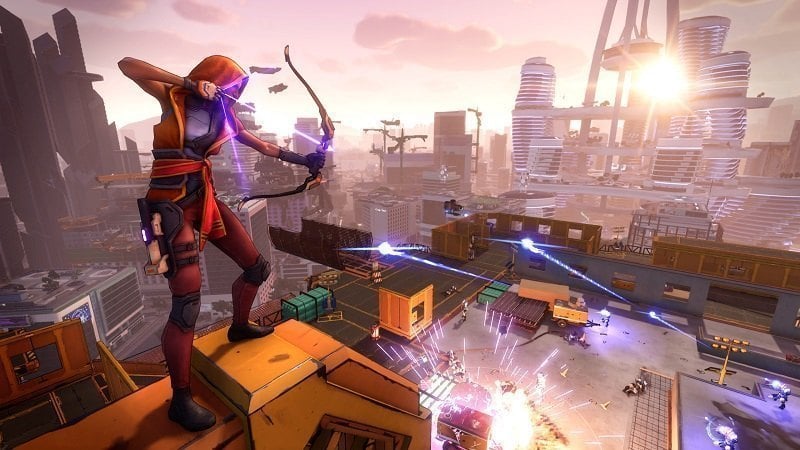 Unfortunately, I had some pretty major performance issues. Framerate drops occurred at an insane rate, which is not befitting of a game designed to be about blowing lots of things up, which creates a lot of lag as well, even on lower graphical settings. Most of the game is at least somewhat polished, so this came as a bit of a surprise.

What We Liked ...
What We Didn't Like ...
5
Gameplay
While explosions and mindless mowing down of enemies can be some fun, the good mechanic of switching agents isn't enough to redeem the monotonous levels and annoying side missions.
5
Presentation
The graphics are mostly clean, but the performance issues are really unacceptable. Designs are mostly mediocre and unremarkable.
5
Lasting Appeal
Though the game is decently long, too much of its length is attributed to its frustrating side missions. The gameplay gets monotonous over time as well, reducing its lasting appeal.
5
out of 10

Agents of Mayhem screams mediocrity at every turn, and while it introduces some fun mechanics, it ultimately boils down to a boring FPS mishmash. It fails to stand out in any remarkable way, the attempts at humor doing it no favors.
Reactions: TheKawaiiDesu and T-hug
Share:
Facebook Twitter Reddit Pinterest Tumblr WhatsApp Email Share Link
A shooting game has no online mode in 2017? It's a joke.

I'll probably get this game when it's in clearance chest.
This would of been a good overwatch clone if it had multiplayer oh wait......Saints row was a gta clone,so adding multiplayer would make itself a clone but to a different genre once again.
Reactions: NutymcNuty
I loved it, and I just recently got into saints row 4 and gat out of hell, before agents of mayhem came out
I was enjoying it until i realized most of the unlocked characters are just reskins of others, same powers n everything <_<
Reactions: endoverend
TF2 clone
Reactions: NutymcNuty