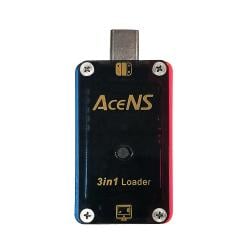 The Ace3DS team take their first step into the Switch scene, but did they lead with their best foot forwards?

What's in the Box?

Packaged in a sturdy plastic container, the device comes with everything you need to get started. My first impression was relatively good, the jig seeming well-made and working each time I used it. The micro USB cable is probably the shortest one I've had to date, and if you have any reasonably-sized tower for your desktop, you'll find it hanging from the port. It's not necessarily an issue since most people will likely have ten or so of these cables lying around, but it's worth mentioning. I do find myself rather fond of the smaller cable however, allowing me to keep it with me without it getting in the way, it fitting back into the box nicely even without its cable tie. 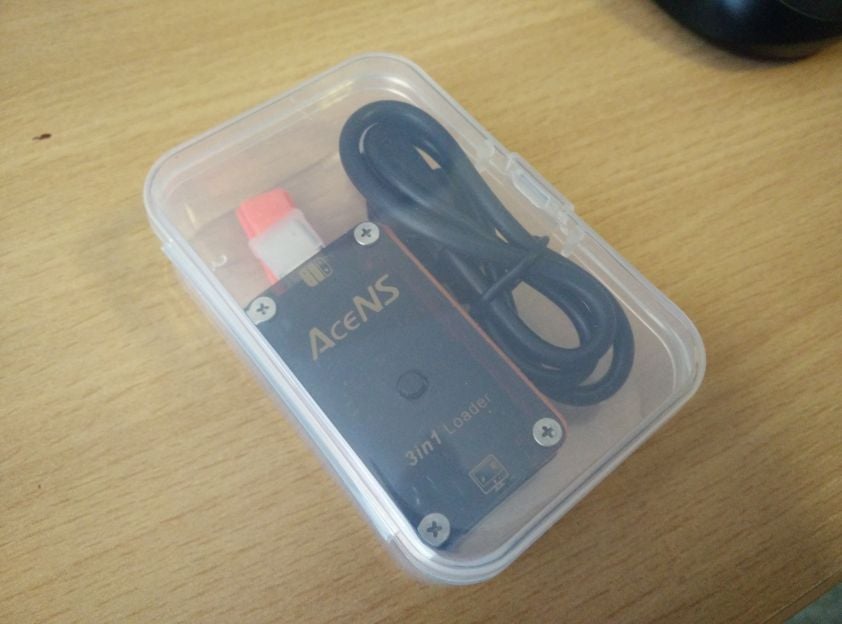 Before discussing the unit itself, it's best to address the elephant in the room; this is undoubtedly Xkit's RCMloader design. From the design, the weight, even the RCM jig, everything is identical (the AceNS rebranding aside). Immediately, it's easy to dismiss this as something terrible, but it does come with benefits. Everything that was great about the RCMloader still stands true here; the loader does what it advertises and does it well. Supporting up to six payloads, which can be easily changed by connecting it to a PC using the included cable, and a simple button to change between them, I've enjoyed using it. It's a huge leap from having to directly use a PC to inject payloads, but it isn't without fault. 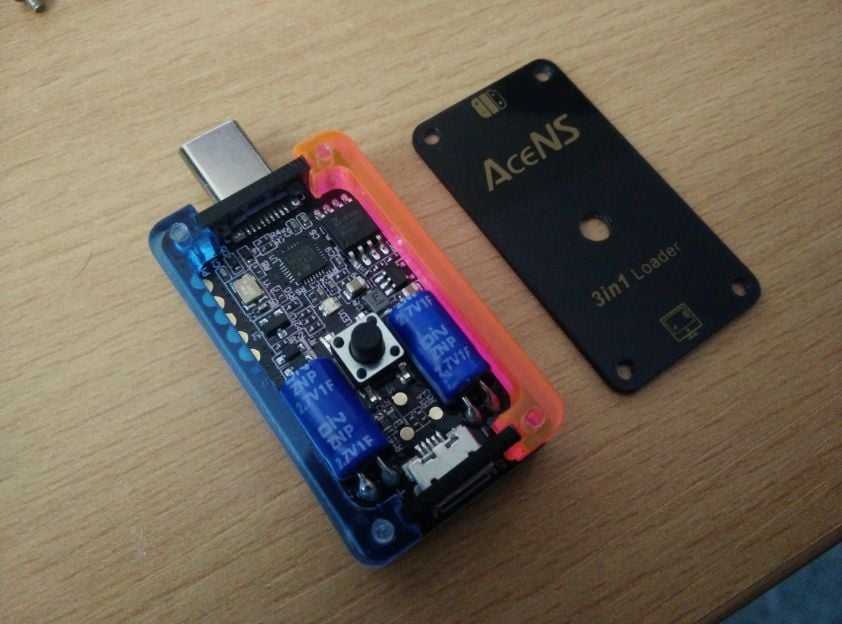 The first is perhaps the killer for some; the device uses capacitors as means of power. Put simply, it won't retain any kind of charge between use. A little unsure as to how I could put a metric to this, I tested to see how many times it could inject a payload consecutively. This process involved me turning the system on with AutoRCM installed, injecting the ReiNX payload, removing the device before it could start charging from the system, then restarting the system and repeating the process. Doing this, it managed to function eight times, so if you happen to have seven friends and don't want to wait to charge it when you all decide to play Mario Kart together, you're in luck! Though with charging only taking around six seconds, this is likely irrelevant. It's worth mentioning the Ace3DS team have another model in the works utilising a battery in oppose to the capacitors here, so if this is a deal breaker for you, it might be worth holding off. 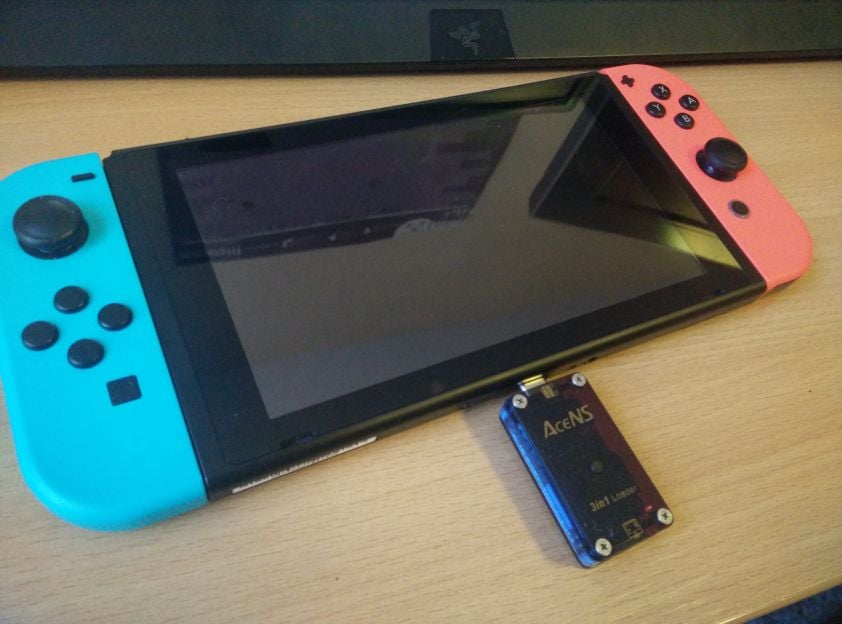 While altering payloads is as simple as plugging the device into a PC and it showing up as a normal drive, the process of switching between them is a little flawed. A positive here is that the device can be charged using its micro USB port, something incredibly useful for those with AutoRCM installed and no means of charging it using the Switch before use. The real negative is that you can't use the button to switch between payloads when it's powered like this. I can understand why; with the device plugged into a PC like this, you can edit its storage and in turn, the configuration file with the current payload listed. Even so, if booting into Hekate with no payloads on the Switch itself, I'm left with having to either mess with the configuration file directly, or plug the device into another USB-C port. Thankfully, my laptop has one spare, so this wasn't so much of an irritation for me, but I can understand it frustrating some. 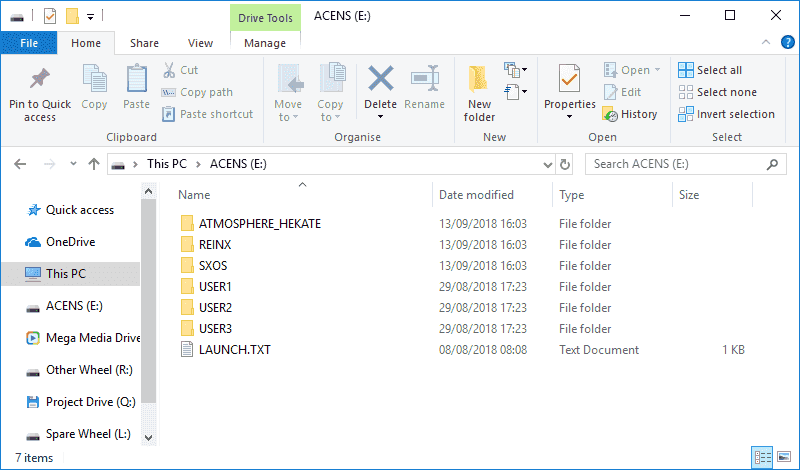 Whether it'll stand the test of time is a matter in and of itself. The connector at the head of the device feels loose enough as to rattle if gripped or shaken, but not to any point of real concern at this moment in time. Aside from this, it feels sturdy and well-built. The micro USB slot holds the cable in extremely well, and the button provides a satisfying and stable click when pressed.

Overall, I do think the AceNS is, well, ace. If you can get past its use of capacitors and have a way to keep it charged handy, it's something worth picking up. While essentially the same product as Xkit's RCMloader, the price difference is largely minor, the AceNS retailing for $18 on several major flashcart sites. If you're somebody who prefers to use these as retailers in oppose to random AliExpress or eBay sellers, this could be another reason to grab one.

You can find official resellers for the UK, North America, and Germany by clicking the respective countries.

If you can get past its use of capacitors as means of power, you have an easy to use, and easy to update RCM loader that is affordable and well built.
Reactions: AmandaRose, T-hug and PalindromicBreadLoaf
Share:
Facebook Twitter Reddit Pinterest Tumblr WhatsApp Email Share Link
9? You're way too generous
Reactions: paperycandy

Memoir said:
9? You're way too generous
Click to expand...

I'd argue things like this don't really need a score in the first place, but I came to a 9 by comparing it to the previous reviews of similar devices on the site and comparing the products. I don't think it's unjustified, but it's much harder to put a number to hardware than it is to a game imo.
Reactions: DayVeeBoi
Honestly I can foresee those compositors leaking in the future and that makes me wary.
There's literally a $6 version of this on AliExpres.

guitarheroknight said:
There's literally a $6 version of this on AliExpres.
Click to expand...

What do you search for on aliexpress

tomhanks69 said:
What do you search for on aliexpress
Click to expand...

I don't quite remember. But I saw a thread or a post about it way before acens even was a thing. It looks exactly the same though.
My issue is, it looks BIG!! I’m worried in case A. I might trip over it or even worse B. when it’s plugged in I might struggle to pick my Nintendo Switch up!
Reactions: wiewiec

tomhanks69 said:
What do you search for on aliexpress
Click to expand...

So, uh, that’s the same thing? I’m not trying to judge a book by its cover, but...
This looks exactly the same as the ones that were already at Aliexpress.
"Great design"??? Super ugly for me...
Reactions: wiewiec
Then again most cloned devices aren't appealing to the eye, but thats probably the trade off for its cheap price right?
Great review

The micro USB cable is probably the shortest one I've had to date,
Click to expand...

Really? The one seen in the pictures here, while not particularly long, doesn't look that short. I've got a few, included with various devices, much shorter than this looks to be.

Other than the big exposed screws (great for maintenance, if needed), looks pretty nice to me. Not that I have any need for another dongle, if i didn't already have an SX, the looks here certainly wouldn't be a turn off.