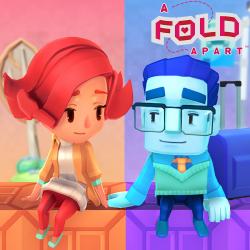 A captivating tale of romance and the struggles of distance, we check out A Fold Apart!

Rarely does a game captivate me the way A Fold Apart did. From so much as watching its launch trailer, I was drawn in. Between its luscious visuals and bold blue and orange colour scheme, there was something more to be uncovered; there was a narrative to be explored, to be experienced. I dived in unknowing of quite what to expect. 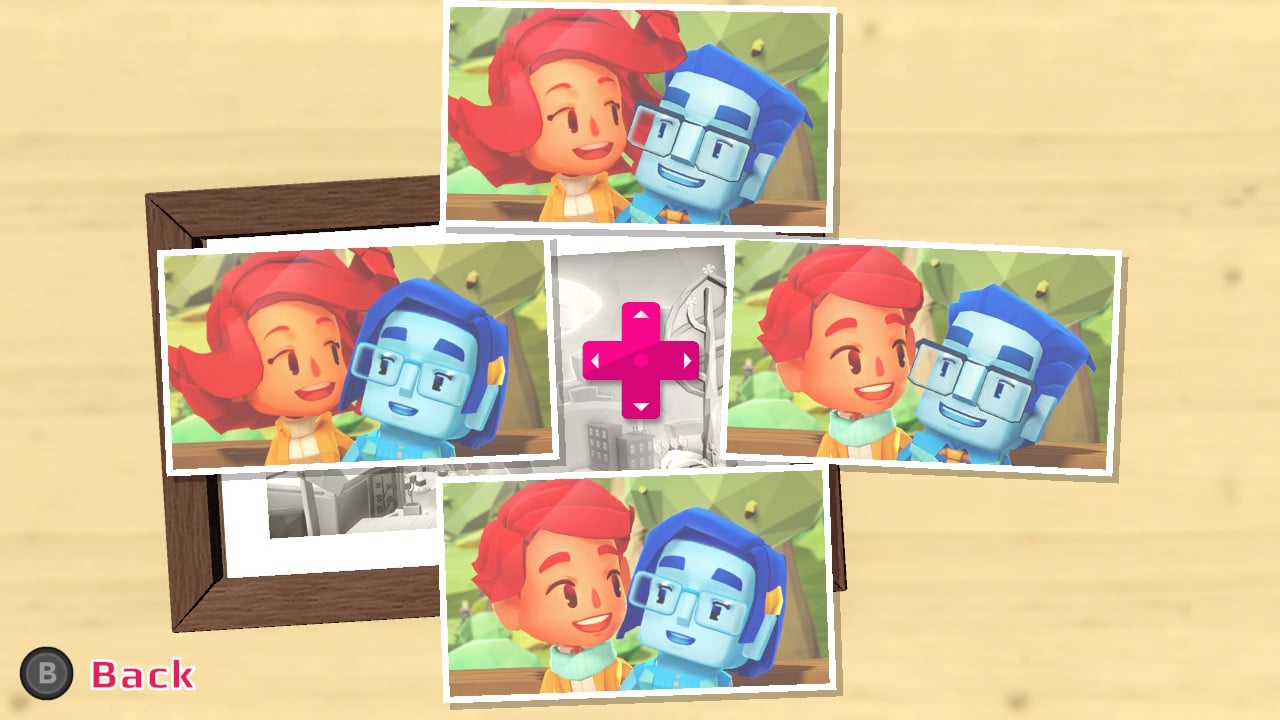 Right at the start, you can pick the couple you want!

Opening with a cutscene of unity and togetherness, the scene is set for a close and very much in love couple. Told through several pieces of paper sliding across the screen, all seems well until, as these stories often go, it isn’t. The relationship between our unnamed couple, who I’ll refer to as Orange and Blue from here, is put to the test as Blue accepts a job forcing them to relocate in a distant city. Separate but connected in these modern times, the two smile and struggle as they attempt to make a long distance relationship work for them. 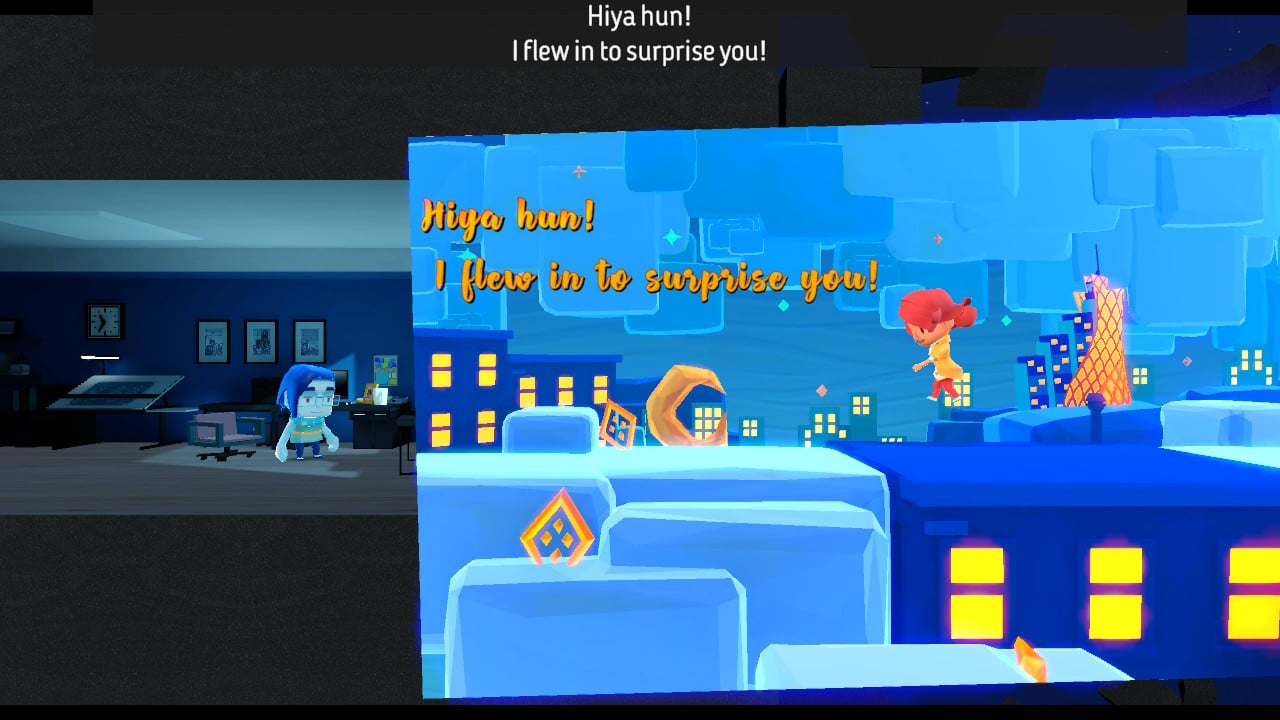 Really it’s quite a simple setup, and it’s a story that’s been told a thousand times across a thousand formats. A Fold Apart presents what I would call a basic narrative in an incredibly novel way. On paper, if you’ll pardon the pun, you have exactly what I’ve described: a couple coping and not coping with the ins and outs of being in a long distance relationship. It’s in the portrayal of this where it truly comes into its own. It’s raw, beautifully so. The gameplay can be divided into two categories: conversation and thought. The first of these is where you’ll see Orange and Blue talking to one another via text messages. You’ll occasionally get to pick a reply, and the conversations are a joy to witness. Both characters feel human; in their interactions, their quips, and in their sudden shifts in mood. During these conversations, one message in particular will stand out. One will hit home in a way the sender never intended, and it’s here the receiver will fall into thought. 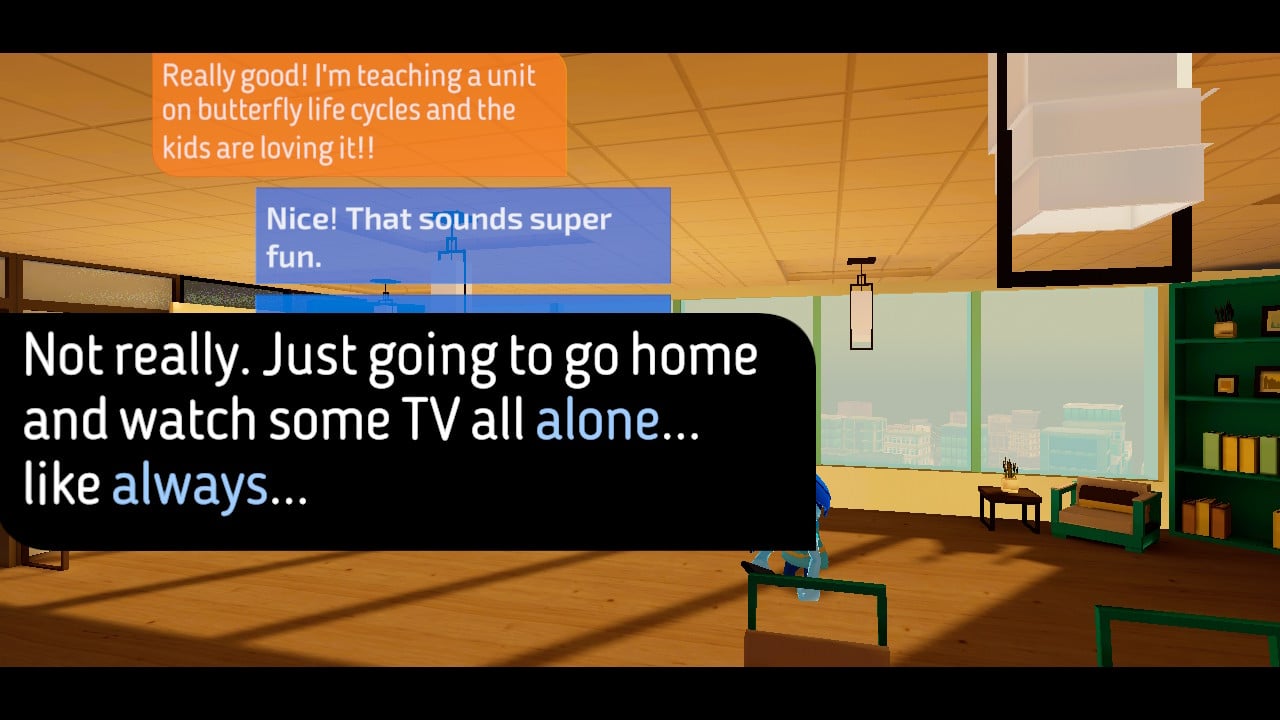 The message bursts out of its neat enclosure and falls from the screen, a few choice words highlighted. Their world appearing to crumble around them, they walk through their emotions, breaking down the message, its impact–their internal monologue. The world shifts and slides as you move from one scrap of paper to the next, the dialogue revealing itself around you. To break up this monologue, you’re presented with a series of puzzles. 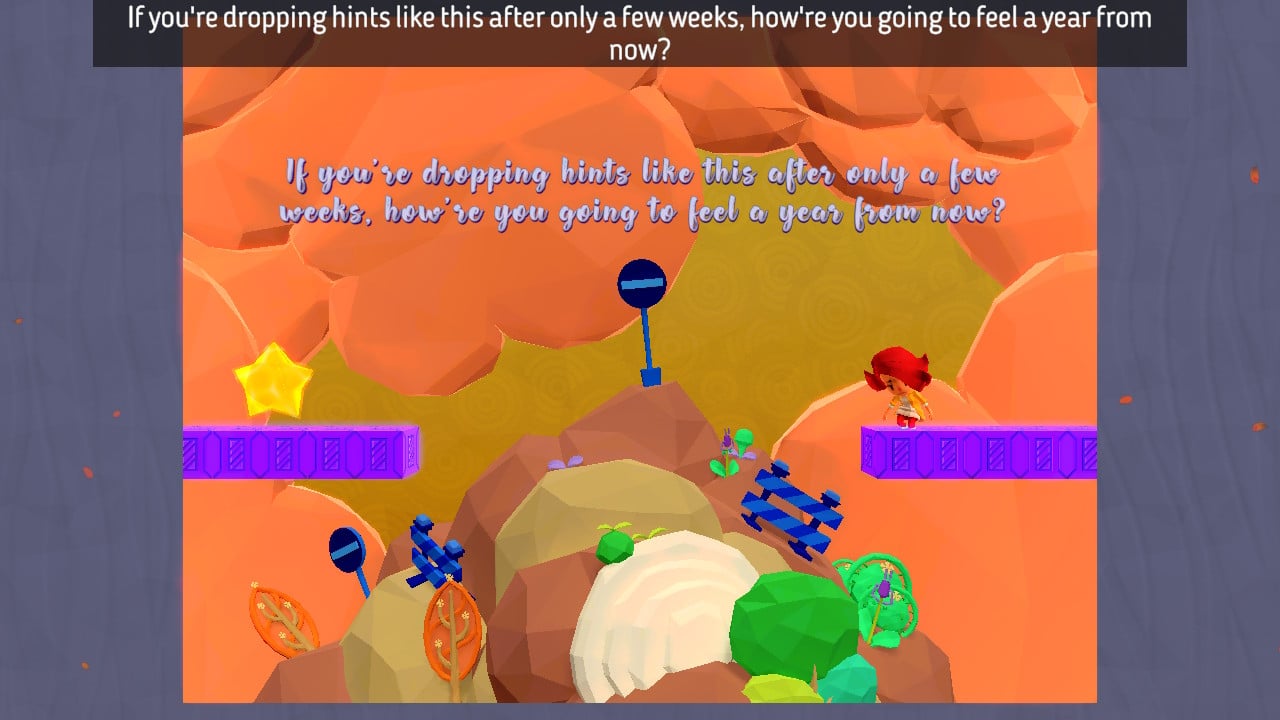 Starting out as simply as folding paper to cross a gap, new elements are added to keep the experience fresh.

Though largely easy to grasp, the puzzles remain satisfying to solve. The game takes a simple idea in folding paper, and takes it far enough for each new problem to feel like a unique challenge, but not so far as to shift the focus from the evolving narrative. The puzzles seem secondary, replaceable even. It’s not to say they fail as puzzles, or are even dissatisfying; frankly they’re not. Closer to the truth is that in their nature, slow and methodical, you’re given time to catch up. You have the time to brood in each thought, to analyse and overthink it as each character does. The puzzles are, in essence, a brilliantly engineered roadblock. A pace setter to give each message the time it needs to sink in.

Empathy plays a significant part in how you experience the game. The ability to connect with the characters and ultimately walk their path alongside them is what made A Fold Apart special to me, and it’s the reason I’m still left thinking about it. It is a great game if you’re willing to give it a chance, and though only lasting around three hours, puts across what it tries to in a brilliantly memorable way.

Verdict
You, HylianBran, Ericzander and 3 others like this.
Unlike this review