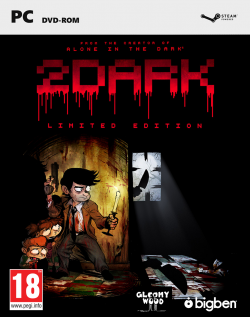 There's been a revival of sorts in the survival horror genre lately. How does the new game by one of the pioneers of the very genre stack up?

Back Up and Backed Up

2Dark is a survival horror game that blends elements of stealth, action, adventure and team management. The game was successfully crowd-funded on ulule back in 2014 and is finally seeing the light of day this March, a year after its 2016 planned release. It was developed by the indie French studio, Gloomywood, with  Frédérick Raynal as Game Designer and Lead Programmer for the title. The latter is the creative force behind the iconic 1992 Alone in the Dark. Having numerous cherished memories childhood nightmares thanks to that game, I was looking forward to seeing what the same creator would deliver with his new game. And with recent titles like Yomawari: Night Alone  and Resident Evil 7  that have brought the survival horror genre back from the dead, 2Dark has some standards to live up to. 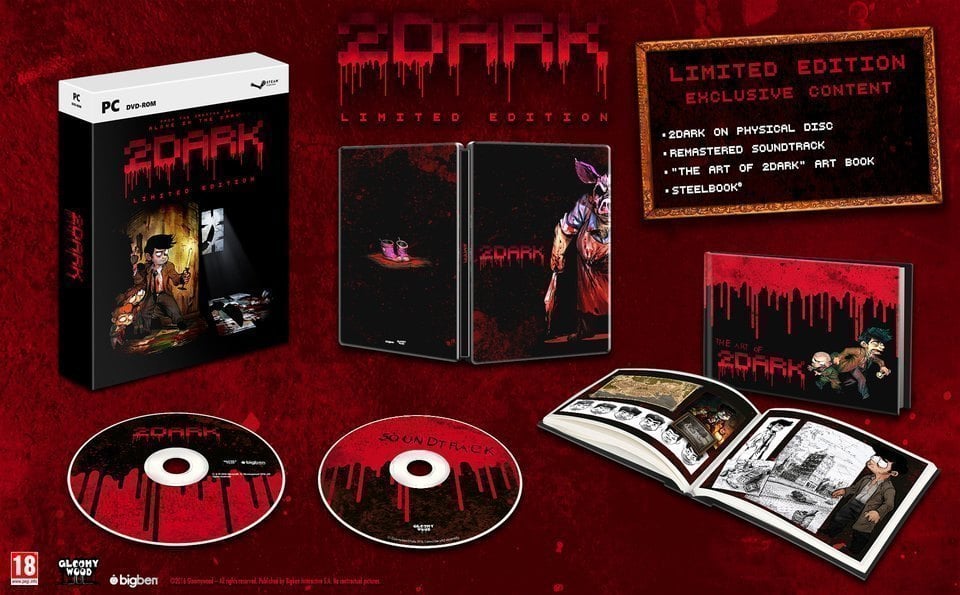 The Hero You Are, The One The Kids Need Right Now

In 2Dark, you take control of Smith (who bears an eerie resemblance to Frédérick Raynal by the way), a decommissioned detective, whom on a fateful night 7 years ago, had his wife brutally murdered and his two children kidnapped by an unknown assailant. Cases of kidnappings in town have been on the rise during the years and the authorities are still clueless about it all.

While out wandering about an abandoned amusement park one night, you witness a child being abducted in front of your eyes. Decidedly not letting a similar tragedy happen again on your watch, you go to the little girl's rescue. In doing so, you discover that even more children are being held there in desperate need of a saviour and also stumble across evidence pointing to an established network of child trafficking. Your inner detective rekindling, you take it upon yourself to get to the bottom of this affair, while at the same time hoping it will shed some light on your own children's disappearance.

Hurry! The kids need you!

Alone and Too Dark

With 2Dark, the developers implemented 3 layers of gameplay: action-adventure, stealth/infiltration and rescue.

The game is level-based, and each level is a different location where you have to find evidence against the perpetrators and save as many children as you can (your level rating depends on it). Each child behaves differently, calm or restless, and moves at different speeds. You can issue two types of command to the kids; "Shh" to keep them quiet and still and "Come On!" to get them to follow you. This aim is the same for each level and may sound repetitive but every level has a unique setting and design and that's where the expertise of Raynal is apparent. At the beginning of each level, you're equipped with just a flashlight, a gun and your lighter and a pack of cigarettes (combine the latter two to save your progress, which is one of the most original ways to save that I've seen in any recent game) and you'll have to find other useful items within that level to help you progress. The items collected in previous levels aren't carried on to the subsequent levels either, which can be a bit frustrating considering the lengths you've had to go to to acquire some of them. But it makes the game more challenging, forcing you to explore the new environment while not making you OP right at the start of a level. The top-down view suits the game well, enabling you to have an overview of your surroundings to better figure out your plan of action, all in unique 2.5D retro-style graphics.

As the game's name suggests, 2Dark gets dark. It relies heavily on the claustrophobic effect induced by the lack of light, a feature that was defining for the most successful games of the genre to amp up the mood. But for this game, it's not only for aesthetics. Most of the time you are outnumbered and out-gunned, so you'll have to cunningly avoid the enemy's attention; use the shadows to make your way stealthily past them or even creep behind them to take them down with a single blow. Conversely, you can make noise or briefly get out of cover to attract the enemy. They have a limited range of hearing and field of vision; very much like the PS1's Metal Gear Solid. Indeed, 2Dark is very much a stealth game, with many gameplay parallels with MGS (you can even disguise as a janitor to infiltrate Trump Tower a skyscraper at one point).

You'll also need to carefully manage the use of your items. For one, your bullets are very limited, so better use them only when needed and use other weapons, like crowbars and knives that you'll find on your way. Next up is the flashlight dilemma: use your flashlight in proximity to the enemy and it will draw attention; don't use your flashlight and you might fall in a pit or get impaled; use it for too long and the battery runs out. These constant compromises keep you on your toes. Nevertheless, you'll find ample batteries to recharge your flashlight or kerosene for your lamp and you'll also learn to navigate without a light source through trial and error quite often to get past this obstacle or that enemy. And your inventory has a limitless storage capacity, so better look around for anything useful as exploration is rewarded!

This brings us to the difficulty. The game was seemingly made so that it could be accessible to more casual players and newcomers to the genre, with its simplistic controls and goal, and being not so horrifying for a survival horror title. That or I've been seeing too many cadavers and/or playing too much Resident Evil 7. But if you're looking for a challenge, you can aim to get a 5-star rating at the end of each level. To achieve this, you'll have to find all children and lead them to safety, finish the level without killing anyone and manage to find all of the candies (you can use these to lure difficult kids or throw them at distant targets). Pretty tough, especially the no-kill part but it should entertain you if you're a sucker for such challenges.

Isn't this supposed to be a survival-horror game, you ask? Well that's where the story comes in. The plot itself is great and doesn't rely on over-used tropes for its setting. But as original as it is, I feel like they missed an opportunity to build on it further. While the game focuses on the gameplay, most of the story is filled via in-game newspaper clippings, TV news broadcast and photographs that you find while exploring the levels, and it is the loading screens that have most of the narrative. I do understand that they are an indie company and are on a budget but they already made some sweet animations (see story trailer above) and could have done some more, lengthier and gorier animated scenes to be included in the game and add to the overall blood-curdling atmosphere. The game is thus left with the feeling that it could accomplish more than it already does, posing more like a stealth/infiltration game rather than a survival-horror one. 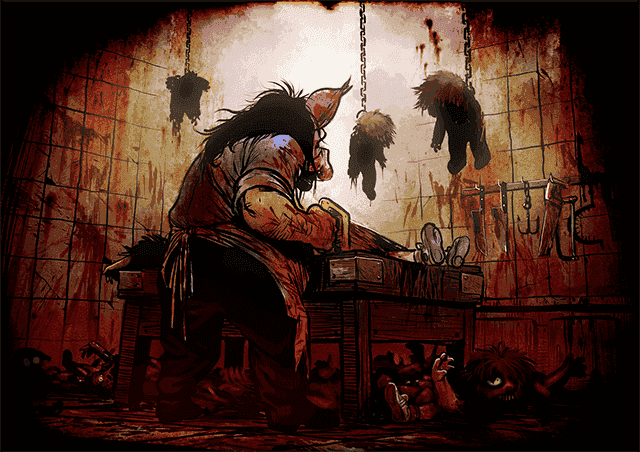 The 13+ hours I've spent playing 2Dark was enjoyable enough that I'd recommend it to fans of stealth games, adventure games, retro-looking games or simply those looking for a game with an original plot. Its retro look and the incorporated modern mechanics deliver a satisfying experience. However, those expecting a survival-horror experience à la Alone in the Dark won't be served. Sure, falling into a pit or getting impaled might take you by surprise but the enemies offer minimal challenge to get you panic-stricken. It also misses the opportunity to build on the genre by animating the story with cutscenes. Nevertheless, it's still a great game for being an indie company's first. 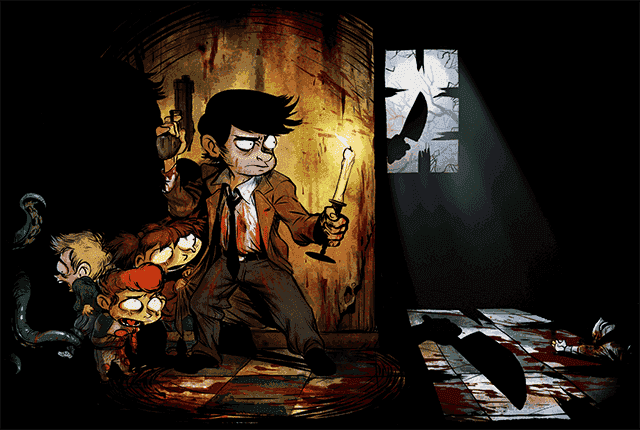