Go to download
Overview History
here's some footage of my mod's game-it includes the only mayor dialogue change I had time to input. There's other dialogue change throughout the game, but nothing too serious! here the video link: http://www.youtube.com/watch?v=yg8n4NAFyBo

Yes, this game's called Pokemon Sol Platinum which is indeed affiliated with Pokemon Diamond/Pearl Plus, the reason of this is quite simple...I am the creator of those two games! Twanny Bizzle-Da Bandit!

Anyways, this is my Platinum Version-Version of the trilogy.

If you played D/P Plus then you should know how to make your Pokemon evolve, just look for Pokemon Diamond/Pearl Plus and see a walkthrough of how to make Pokemon evolves. Though, I did changed the way Gligar evolve back to what it was at first, and that's holding the Razor Fang at night!

In this game, some pokemon have new special ablities and types...Castform would be the best example for this change. Uhh....I did up-ed, with the exceptiong of Magikarp, the stats of every pokemon...I was trying to give the game a different change, that the reason for all these changes.

Finally, I figured out how to activate the National Dex early. You'll be getting once you talk to Prof. Rowan, when receiving your Pokedex.

In my opinion, I think I did this one better than the other two.

Just so you know, this game is in patch form! meaning that you have to patch it to a clean rom...so...yeah!

Here's a small "What to expect" From me to youse!

In this version, I changed some of the dialogue, mostly the menu, I did change some of the in game dialogue, but nothing too significant! There's a few random peoples with then the game that have new dialogue.

The Pokemon in this learns slightly different moves than they did on Diamond Plus, like for example Gible evolution line can learn Magnitude and stuff. I changed just a few Pokemon's Abilites from what they had on Diamond Plus and Pearl Plus.

I edited very trainers you encounter in-game, including the stark mountain part. But like in Diamond Plus I'm not going to edited vs. seeker rematches...I can't remember what I gave the trainers and I really didn't feel like looking for them.

I know how folks like having all regional starters on their hacks, so I also did the same...But they all won't be available at the beginning like most hacks...They're all in different spots in the Sinnoh Region...I say the highest level one you could find is a lv35 Mudkip...Which lives inside the Great Marsh!

Legendary Pokemon can only be caught after beating the game for the first time. If you want to know where to find them...Well, just look at the walkthrough I spoke of earlier, I basically put them all in the same spot! I had completely forgot that on this game the 3 kanto birds roam freely, I had accidentally editted them the wild again and I was too lazy to take them off...so, yeh!

I completely edited all the gym leaders, galactic commanders, cyrus, elite four etc. They all use different pokemon than they did on D/P Plus, well...sorta...Cynthia still has Garchomp and Cyrus still has his Weavile and Honckrow and Roark still has a Crandios! But, by now, I'm sure you get my point!

Gym leaders, galactic commander and boss, alone with the pokemon league, they all hold wifi like items to make the game harder...And trust me...They're harder, I don't know how many time I blackout when I was testing it. The gym leaders pokemon level are between Roark's strongest one being on lv16 to Volkner's strongest being on lv68

The Elite Four is the same...Their level various between Aaron's strongest Pokemon being at lv 70 to Cynthia's being at Lv79...Gotta keep'em close right. and trust me when I say; you won't be needing a Vs. Seeker, you're level will just be natural seeing how high the level the trainers and wild pokemon are on this hack!

For more info, visit the mod's original thread at: http://gbatemp.net/index.php?showtopic=215548

I ain't saying my game is good as bloody platinum and Platinum Enhanced Version, but I still think it's worth looking at. So...Well, you please check it out? PLZ and THANK YOUSE! 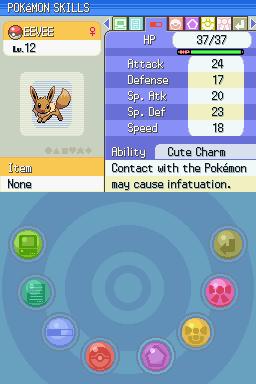 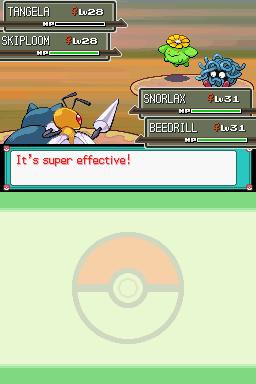 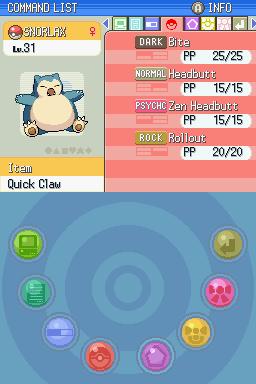 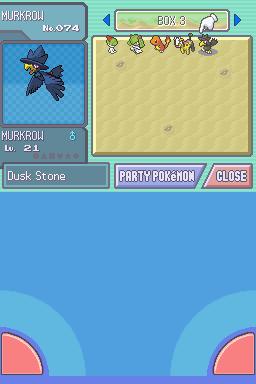 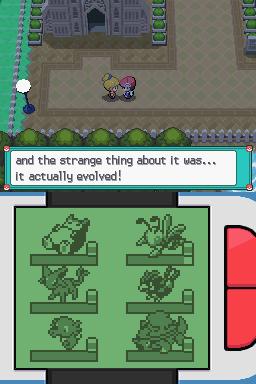