HOW TO PLAY
In Fatal Relations, you assume the role of Ken Ohsato, a young man who lost his parents in a fatal car crash and is adopted by a rich matriarch. The point of the game is to progress through the story. Tap the touch screen to advance text. There will be times when you are given a multiple choice dialog to answer. Simply tap the choice you wish to make with the stylus. After each day of the game, you will be given the option to save the game.

You can change the text speed by tapping on the buttons on the lower left, or by using the D-pad. Speed 1 is the default, 2 slows it down a lot, and 0 makes the text instantly appear.

GENERAL NOTES
The game now uses libfat, which means that there will be a gamedata folder. This is included with this download, unpack and placed on the root of your flash card. In the case of this game, the gamedata folder only contains the game's music, so if you don't want the music, you don't need to bother with this folder. 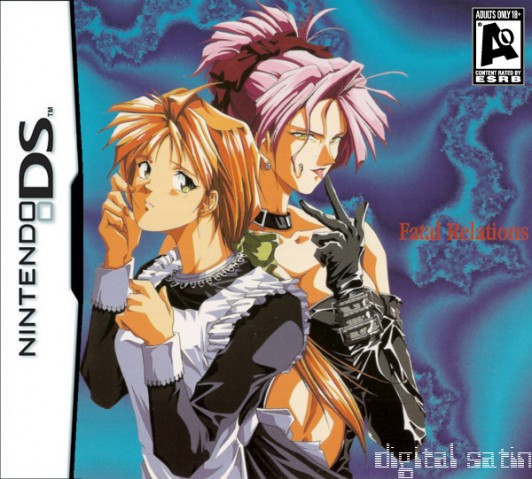 @ Psionic Roshambo: Do you date chicks? Lol 40 minutes ago
Chat 0