Who am I? Robin, formally known as Crystal the Glaceon

Blog entry Gallery
Leave a rating
I have to disclose that this post took the longest to write due to the nature of my identity as an alter. This is to say that I didn’t want to write this blog post because it would require me to talk about abuse ranging from childhood abuse, sexual abuse, and relationship abuse. Of course, I really couldn’t continue delaying the creation of this blog post, it simply wouldn’t be fair to myself, the rest of my system, and those interested in understanding who I am. So I am going to give a TW/CW to this blog post, we will be covering some of the topics mentioned above and including details about self-harm, suicide, mental health, substance abuse, child abuse, relationship abuse, gender dysphoria, sexual abuse, and several other contents that might be disturbing or upsetting. I do want to state that life does get better and that there’s always a chance to turn things around. Please, talk to someone who you trust if you believe you are being abused or need help. Call your local suicide prevention hotline if you don’t know who to trust. Do what you can to survive and get well.

I am Crystal the Glaceon, that’s the name and title I was given and used online from about 2014 to 2017. Ironically, I am not a girl but the name was given to me as an act of desperation and an attempt for us to live a new life. Under this new handle, I attempted to move our life forward and hopefully make things better for us. Life was far grimmer than I was leading on and I kept much of that sheltered from everyone. As an alter, I started my life around the age of 5 or 6, rather young, and was created as a result of isolation and loneliness. My siblings and I were constantly being from foster home to foster home and constantly struggling to stay together as a result. I started my life as the trauma from constantly being separated from my family and often feeling alone as a result. Even if it was for a few hours, a child’s brain has a hard time telling time when they have no idea how to understand time. I became a full alter and broke apart from the host after this body was sexually assaulted in one of the foster homes. I became a protector and therapist for this system and desperately did when I could to keep us from falling apart. I had no idea what happened and no idea how to process through it but I did understand that I needed to do everything in my power to survive. I knew what happened was bad enough to cause me and another slightly less formed trauma holder to happen. Trauma holders are alters made by holding trauma as a coping mechanism, effectively their entire identity hinged on making sure trauma remains repressed. Not the most healthy form of coping but a child is never supposed to be so traumatized that their identity splits apart. I lived alongside the host once named Lynn and the trauma holder named Scarlet for several years as things finally started calming down. There was some pretty rough stuff that happened in our life. We ended up living with our grandparents, who did their best to raise us (us implying my own system and siblings,) but had their own issues they were struggling through. They weren’t really prepared to raise kids again and that made life a bit more difficult, but still manageable.

When puberty hit, our host ended up fracturing into three identities as a result of trauma from having intersex puberty. I wasn’t shocked by the fracturing, we were clearly developing differently from others. I was rather shocked when one of the hosts, Miko, started making himself the center of attention. “The Catboy” as he proclaimed himself to be, was very friendly and loved to socialize. This allowed me to lower my guard a little and let him take control for a bit. I spent much of my time with our female host and unknown gender core. They had their own issues to work through and letting someone like The Catboy take over was fine. The Catboy even found a way to better our lives through finding better social groups and even a lover online. Things seemed like they were getting better and we started having different parts of our system fronting from time to time.

The years passed and we were in a rather depressing situation. Having moved in with our online boyfriend and realizing that things were quite right with our lives. He started becoming more and more manipulative. We were already hundreds of miles away from home and starting to question everything that we had allowed to happen. In a panic, our female host attempted suicide through excessive drinking. We saw death for the first time before being dragged back to life and I acquired the name “Crystal” from our host. She wanted us to be called “Crystal” so she gave me that name. I still remember waking up on that bathroom floor and memories of what happened still fresh in my mind before realizing what happened. We were Crystal now, we were me now, I have a name. I changed my name to “Crystal the Glaceon” as a means of continuing a theme of hiding our identities through online personas. This is where everyone met me for the first time, the sudden shift from “The Catboy” to “Crystal the Glaceon.”

I spent much of that time after the suicide attempt trying desperately to stop other attempts but they kept happening every single time an alter switched out with me. The struggle of living with an abusive relationship and the realization that we would never go back to normal kept us wanting to die. I was constantly struggling with Scarlet, who would rampage every time she fronted and this would cause a lot of problems for us. I was constantly struggling with a core (at the time named Femcario,) who became deeply suicidal. The entire system had been driven into such a deep depression, that it just resulted in constant attempts to repress. This eventually turned to alcoholism and drug abuse as a means of “self-medicating.” We couldn’t function if we were never sober. This continued long after we had left our abusive relationship but by that point, we had only grown more fractured. As a protector, I suffered all of the abuse of the relationship. I had the weight of the trauma that created me and the weight of the abuse I had suffered. I started to crack and become suicidal as well before eventually fracturing into Lilith Valentine. I became quiet after that fracture and that’s why Lilith started taking control of everything. I remained rather quiet, mostly guiding Lilith and other alters as we started recovering.

Where am I now? I’ve been working on my own trauma, having to talk to therapists, and even picking up more healthy coping mechanisms. I mostly act as a guide to the other alters in the system and do what I can to make sure we never get that bad again. I am most noted for my friendly personality and as an individual that listens to others. Some see me as kind of a therapist or at least helpful when they need to vent. I prefer to remain behind the scenes these days, I find myself enjoying helping as a guide over attempting to lead as a host. It makes me happier seeing our system slowly becoming a healthier and better collective. It brings me joy knowing that we’ve stopped hiding details about our life and started being open

Art of me!
Drawn by our old friend, Vii 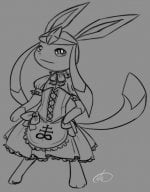 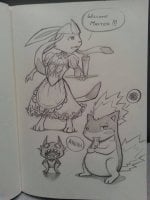 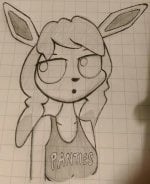 I also made an appearance of the Tempmas video
There are also appearances of me on the Temp but these are the ones I know of.

Picrew depiction of me and a closer representation of what I look like in the Headspace. 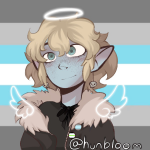 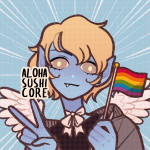 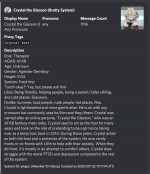 x65943 said:
All the zoomers reading that thread for the first time "what is a scott_pilgrim?"
Click to expand...

Now think about the Zoomers when I talk about A Gay Little Catboy or The Pink Catboy
Reactions: Julie_Pilgrim

x65943 said:
All the zoomers reading that thread for the first time "what is a scott_pilgrim?"
Click to expand...

wait but im a zoomer
does this mean i dont remember myself?

Julie_Pilgrim said:
wait but im a zoomer
does this mean i dont remember myself?
Click to expand...

Yoooo! That’s a thunk right there

Reactions: Julie_Pilgrim
Updated title since I’ve started using the name Robin instead of Crystal. I am still not a girl.

More entries from The Catboy

@ Psionic Roshambo: Lol he will respect the laws of physics!! 1 minute ago
Chat 1