Who am I? Pt1. Marshall Lee

Blog entry Gallery
Leave a rating
I think it’s time I properly introduce myself. My name is Marshall Lee, I am the one that a few might remember as "Femcario, the Male Priestess." It's fine if you don't remember that name, I was really only active for about a month or two and made a few posts talking about myself on the Temp. Most people might remember Miko (The Catboy) or Crystal the Glaceon, I kind of had a brief period when I was posting after The Catboy (Miko) stopped being the active host and Crystal started being the active host and changed our account name to Crystal the Glaceon. So neat little trivial and kind of cool that posts like this still exist. I am far older than those posts, having been around since our early teen years. Talking to my lifelong friend, they noticed a shift in our personality around 8th grade, which was the time Miko (The Catboy) became the host and started naming every account something like, "A Gay Little Catboy" or "The Catboy." So that was around the early stages of puberty, I was kind of the result of trauma happening as a result of being intersex and starting/going through our really rough puberty. I was just rather quiet and only really felt like stepping in during a massive shift in our system, which was going from Miko (The Catboy,) to Crystal the Glaceon. Despite literally being the core, I was just a stand-in host for a few months and then went dormant due to holding onto the trauma related to a major suicide attempt. I kind of just remained partly dormant over the past few years and mostly just documented all of the stuff happening around us. Back in May of this year (2021,) was woke out of my dormancy because we have been having another major shift. This shift has been mostly dealing with addressing trauma and trying to find happiness in life, so of course, I had to come out of hibernation to deal with all of the trauma I was holding onto. This is what lead to me talking out my trauma with my wife, talking about it on stream, and seeking out a new therapist (still in the process since we just moved.) This also lead me to realize the biggest cause of our suffering now was silence and hiding. So I've been the one who's been revealed we have DID and talking about it to better educate people and help bring awareness that DID isn't what the media makes it out to be. I've also been the one who's been making Picrew avatars for my system because I enjoy making them and because I am hoping to get commissions for them and really need a reference to show whenever we get the chance to get some commissions. That introduction aside, I am going to making a kind of "character sheet" below and that format will be used for the rest of my system. It's worth noting that despite being personified as an "imp," this is more of a symbolic nature, often attributed to aspects like the cause of creation for the alter, their role in our system, or simply just how I would see themselves in our headspace. The representations are not an indication of what we believe ourselves to be but simply how we present ourselves when talking on forms or through art. This applies to all other members of the system.
These "character sheets" will be detailing names, interests, origins, and other defining traits for the alters. I might add more details to these posts as time goes on, they are mostly being made both for the Temp but also to be included as easily linkable posts documenting our system.

Dislikes: Being alone, the dark, loud noises, thunder, loud people, rude people, having their nap interrupted, being cut off in conversations

Marshall Lee is the core and former trauma holder. They formed as a result of Darkness and Miko fracturing due to trauma from puberty. During that time they remained a mostly quiet core of our system. In 2013, they were once given the role of "Trauma holder" after our system attempted to end their own life. This suicide attempt resulted in the system seeing The Void or what was believed to have been The Void. Marshall Lee held that memory and was partly dormant from 2014 to late May 2021. Marshall Lee was woken up back in May of 2021 and brought forth to deal with their trauma. This process included revealing the process to which they came about and the traumatic experiences that lead them to go dormant. They have since started forming their own identity away from being a trauma holder. They love Picrew, talking about their observations, and learning new things. Marshall Lee is the remains of the OG host before the fracture. Their personality is the closest to the OG, meaning they tend to be pretty chill and talkative. This is why they are opening about who they are as an individual and as a system. They are also extremely sensitive to the feelings of others and try their best to comfort others. Their main claim to fame was going public about us having DID on stream. This public coming out as also part of the Chill “Hot tub” Streams that Marshall Lee started, which is a series of streams where they talk about damn near everything that has happened in our life. This lead to us coming out on several sites that we are active on, including GBAtemp, Facebook, and Twitter.
Their name came about when our friend Crimson said that their avatar looked like Marceline, so they went with Marshall Lee.

Personification meaning: Marshall Lee is presented as an "imp" within the system as a reference to our religious beliefs as Satanists and as a representation of the internal "demon." Basically, their form represents the once guilt felt by our system for being a system, so our core was represented as a small imp. Additionally, this "imp" representation follows the theme of Satanists and is part of the reason why the Sigil of Lucifer being tattooed on our left hand. The Sigil is intended to bind the multiple demons in our system to this body, including the most important one, the Core. This is the reason why 6 out of the 9 alters are demons and 3 that are not demons have very different roles to play. The half-cubi aspect was later added with no greater meaning beyond just a nod to Lilith.
Picrew depictions of Marshall Lee as created by Marshall Lee 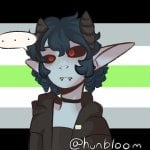 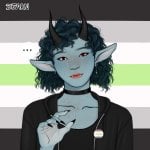 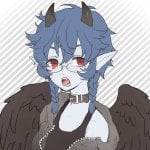 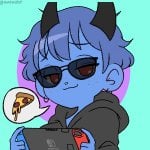 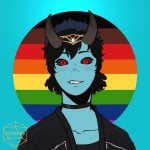 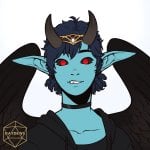 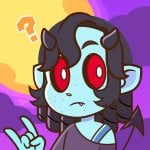 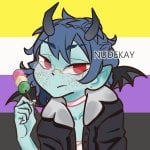 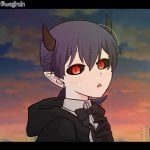 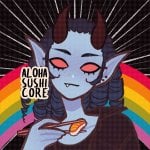 There are no comments to display.

More entries from The Catboy