So how do they come to feel like the other gender? Did they just one day decided to choose to feel like a different gender just because? Did they do it too make themselves feel special? Just like teenagers that call themselves otherkin, wolfkin or dragonkin? And since gender is a social construct, it's something thats made up like all social constructs are. So why should we take something that's made up seriously? And is there some psychological depression going on that they want to make themselves feel unique and different? Maybe because they aren't being noticed? So they do it for attention?

Unless gender and sex are the same thing, and gender isn't a social construct, which means they can't change themselves. So my other question is, with all these 100+ genders, how can a doctor determine at birth whether or not a person is a Androgyne or a Demiboy? Is there any scientific facts a doctor can lean on to determine which one. And how does one transition from androgyne to a demiboy? Where they born with demiboy body parts but feel like a androgyne? Is there hormones they can take to transition to demiboy? If there is hardly scientific facts that demiboy exists, why should we take all these genders seriously?

There are people going through tribunal courts in Canada for misgendering people, since its now a crime punishable by law. In New York its punishable by law if you misgender someone, because you don't believe that all these genders (that have not much scientific backing) exists. And they want to incorporate this all around the U.S. So if we are going to change society, and punish people, with full backing of the law, then they are going to have to explain to us what this Gender business is all about. And prove they exist.
Reactions: 22 people
Share:
Facebook Twitter Reddit Pinterest Tumblr WhatsApp Email Share Link

How is he homophobic? he's asking a real question.
and honestly I want a real answer, if it's "disgusting and offensive." explain why.
Or maybe you can't, and you want this post that counteracts what you think you believe to be true to be deleted so you can not question it.

Op might be a meme sometimes, but he is very thoughtful at times.
Reactions: 4 people
literally nothing he said in the post was hateful, by that logic any person that disagrees with obama is racist
Reactions: 5 people
Old, you are the definition of "blind rage".
Reactions: 5 people
Refer to people however they want to be referred to. Or just avoid pronouns altogether. I have to sell weed to trangendered people all the time, it's not that difficult.

As for people actually being charged with crimes for misgendering someone:

Reactions: 11 people
Everyone is now "they". :o
Guys! Old is derailing the post to not focus on the subject matter! He doesn't like the fact that OP has an opened mind and wants to learn more about trans-gender people and brings up good points about the hypocrisy involved in all of this stuff. How about we focus on the OP's questions instead of following Old around like a lost puppy?
The “question” itself is absurd and offensive, @Jacklack3, so no, I’ll not take part in the trolling. It all just translates to males that are insecure with their own sexuality (or lack of) looking to passive/aggressively lash out at trans and gay people. Bullies. A blind man wearing a blindfold could see through the bullshit, ffs.

as far as my best guess is, the reason a person could feel like there the opposite of what they were born as is cause of a difference in the chemical balance in there mind. This balance possible changing as there life goes on leading to a change of thought as to what they are

that seems like a reasonable theory though I do think it's a tad harsh to say people should stop being transgender. just do what I do and ignore all the complicated stuff in the lgbtq whatever the fuck it is now community and carry on with your life as it most likely won't effect you wether you worry about it or not. it's complicated so move on
@Old posting an argument in a non-rude way on your own blog with nothing hateful in it =! lashing out at gay people
@cots pretty sure you can only be sent to court if you purposefully misgender someone with the intent of causing harm
Reactions: 2 people
@Old, there really are actually multiple questions, I think you seeing the title and first line is ruining the post. This post is not hateful, rather confused, and asking a real and good question. You could say because the fact everything doesn't add up and you can get in legal trouble for something that might be confusing, he might not like it. It's not trolling, it's a honest question that I do want an answer to, there's nothing to agree with, if there is it's just wanting an answer to it. Clearly if someone you "misjudged" liked the post, you should try to be open-minded and try to solve the questions the OP has.
Reactions: 1 person 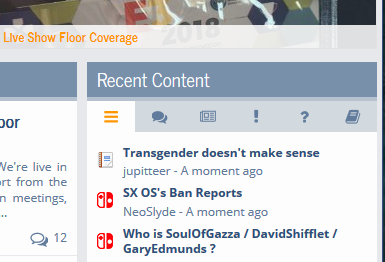 why does this functionality even exist

jesus christ
Reactions: 8 people
@Lia - That's good to know as sometimes I see people that I have no idea what their sex is and it's not my fault, but what kind of harm could come out of mis-gendering someone? I mean, what could you be arrested for?
Gender is not something the society made up out of nowhere. When people talk about gender being a social construct, they mean people assume and associate a certain role (what we human as a community perceive what is feminine or masculine) towards a person sex and expect that behavior towards them. Think of it as the feeling of being male and female being a social construct, not the awareness of your own gender.

People don't change gender as is it a multiple choice question of what you are, but its associated to the internal awareness of oneself, which is something one explore during early years while growing up. I can't speak on personal experience, but finding out your gender does not match your sex must be really confusing. Considering what's masculine or feminine are not scientific facts are might be different between countries or communities, it might result in people not even feeling either roles, which is why the term transgender does not only refer to a person belonging to the opposite gender but also includes those who belong to neither. Just because there's no "transgender hormone" for scientific purpose, doesn't make it any less real.

You might think the additional terms (genderfluid, pangender, etc.) can be exaggerated, but in society, everyone needs they belong to something, that what they feel is valid and that there are others like them. Personally I'm not that aware of the full descriptions of each term, and there may be terms that I think it might feel like too much, but I'll never know what transgender people go through or what they feel so I'm no position to judge. If it helps people finding out who they are and are not hurting anybody, I'm happy for them.

Your interpretation needs more work. The OP is asking hard questions about the LGBT thought process, wants to learn more about how they identify and simply pointed out that parts of the world will arrest you for mis-gendering people (which I'm still not to sure what would exactly get you arrested).
Reactions: 1 person
@Garro probably the only smart reply on this blog.