Blog entry Gallery
Leave a rating
Sorry if I keep on putting out blogs and annoy everyone, but IT WORKS IT WORKS IT WORKS!
Look! I swapped batteries (the original one was completely dead) and it worked! 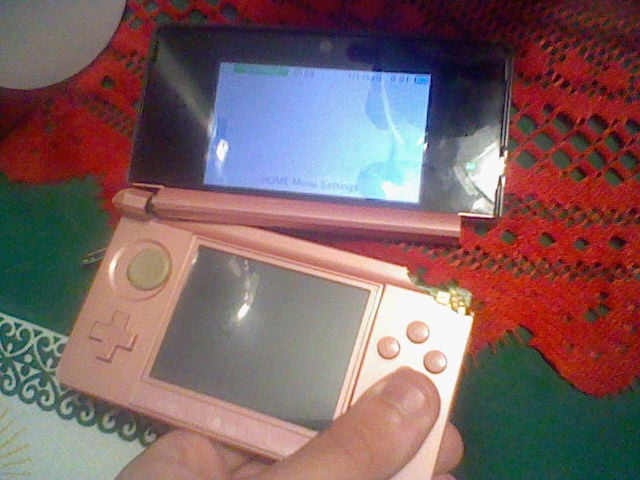 But wait... didn't he say it was bricked? That really doesn't look like a brick to me. Unless brick = working perfectly. 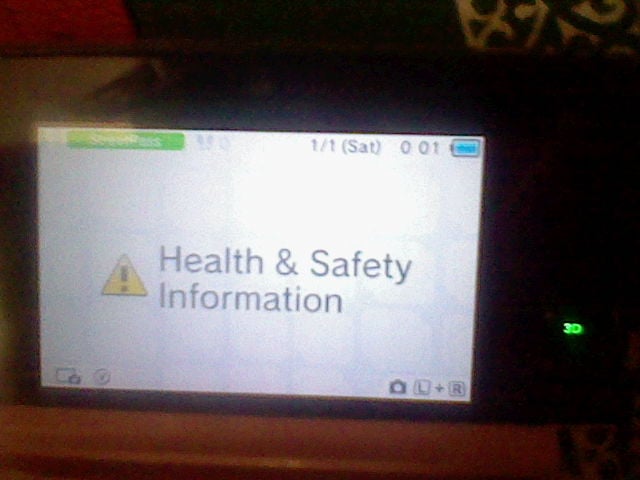 All it was was the battery. Waaaaaay simpler than I had expected. But, sadly, the bottom screen isn't displaying anything. It reads my inputs and it glows slightly, but it doesn't show much. I'll ask some people in a sever I'm a part of for any ideas. See you then!
---Fancy transition---
I'm back. I checked the ribbon cables and one of them was slightly loose. I put it in properly this time. 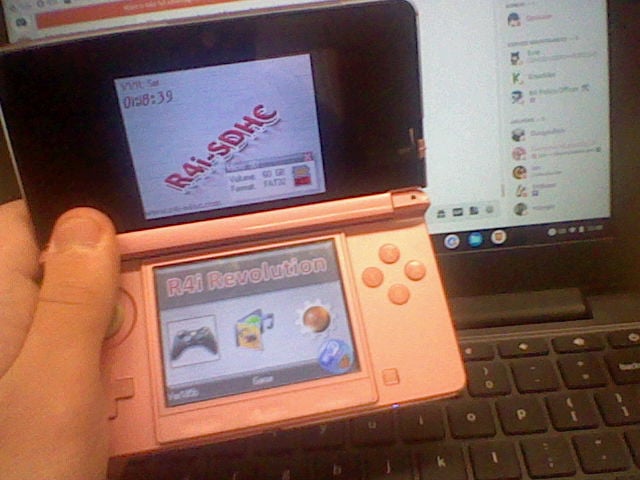 (decided to try my flashcart, cause I haven't used it in a while and wanted to see if it worked. It does! Maybe I can do ntrboot with it)

I'm nearly done. I still have to fix the charging port, the case, and hack the console. This supposedly "already hacked" 3DS doesn't appear to be hacked. It might have been, but I'm doubtful.

I also found more issues with it. The cartridge and SD slots are disgusting, some of the screw holes are stripped (same goes for the screws), the R button's ribbon cable has been cut, and the wireless slider isn't working (should be easy enough to fix, I think it is just loose). He wants me to go out and buy a new battery (and probably a new R button), so I guess I'll do that sometime soon. He's paying for it, and I'm getting some flashcarts, so I guess it's worth the time. But, as Mr. DeadSkullzJr said, 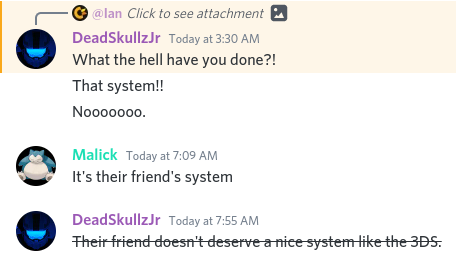 "Unless brick = working perfectly."
It was hardware bricked. Does not charge, battery drained. Well… it surely had the electronic functions of a brick. At least no software problems on first glance.

Be careful not to tear the cables to the upper screen (with the upper part being so loose).
If the WiFi slider doesn't work (same problem on my test O3DSXL): Luma3DS can do this in software.


Good work! Hope this can be fully repaired.
Reactions: Stealphie and IanSkinner1982
They were talking about having a software brick. Sorry, I should have said that earlier.

I'm trying to be as gentle as possible with the top screen. It is getting even looser now that I'm handling it. As for luma, there are some issues. The left trigger button suddenly stopped working, so I can't open the menu. I probably forgot to reattach the cable for it, so I'll go check that in a bit.

Thanks, and I think I'll be done by tonight. The charger will only take a couple minutes, and I just hacked it (more on that in part 3, whenever I'm done writing it). Though it might take a while to get a battery. I'll check a couple used game stores near me. Maybe they'll have one for a good price.
Reactions: Stealphie and KleinesSinchen
maybe you should buy a new one
Reactions: IanSkinner1982
I told him that, but he thinks tape will do the trick.

@ Dark_Phoras: I think Xbox plays a bit too safe with their main IPs 6 minutes ago
Chat 2